With the number of interesting TV shows airing in 2018, it is really difficult to point out the best ones. This article talks about the must-watch TV shows of 2018. 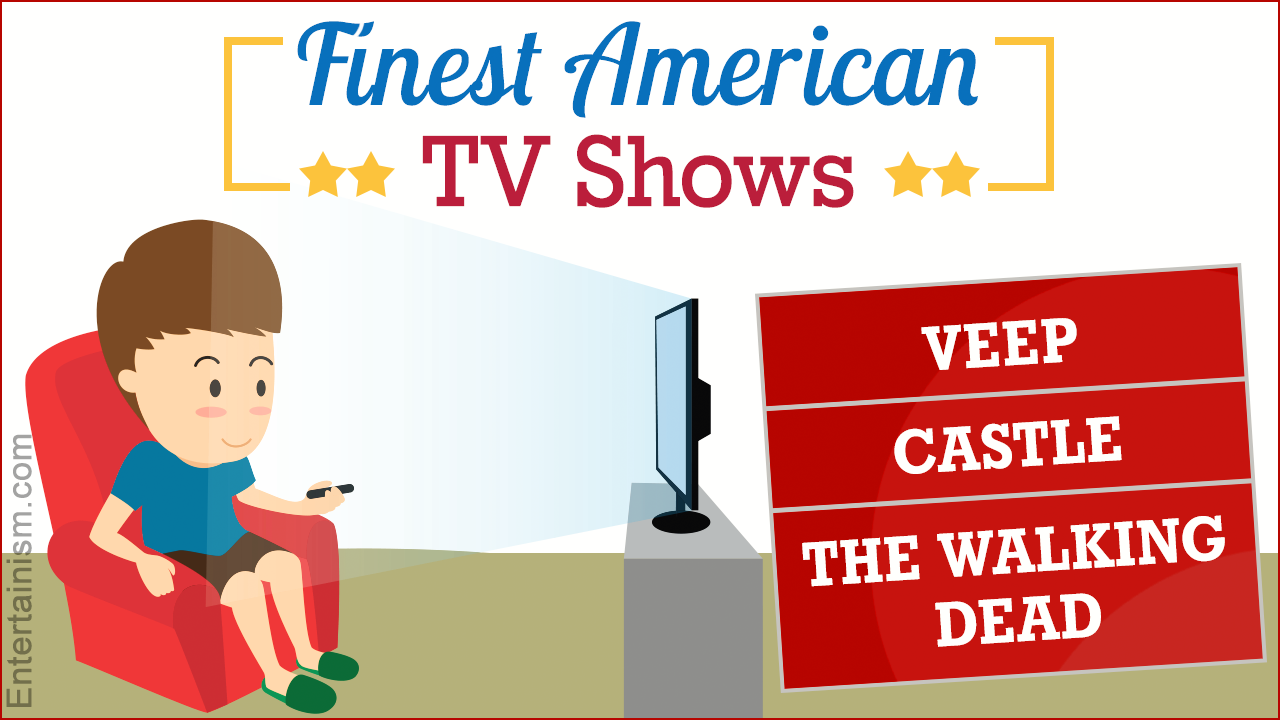 With the number of interesting TV shows airing in 2018, it is really difficult to point out the best ones. This article talks about the must-watch TV shows of 2018.

Television networks all across the US have brought in the best of TV shows to ensure that this year ends with happy memories. Today’s audiences have become much more open to different genres, and creators are ensuring that audiences get what they want. The following names are currently the most popular American TV shows for 2018. Some of them have debuted in 2017, while others would be returning with a new season in the near future.

Tell me more: Adultery? Check! Politics? Check! Dark magic? Check! Zombies? Check? Weird affairs? Check! Dragons? Double check! This series breaks all records of viewership and it has literally everything you can ask for. Each season ends with a shocking twist, so you can’t wait for the next season. The next season (season 8), may release in late 2018, so if you’re done with all 7 seasons, welcome to the sweet pain of watching GoT!

Tell me more: In the world of silicon valley, everyone wants to be like Mark Zuckerberg. Richard Hendricks has a billion dollar idea, but he has issues handling the success of it. From the first episode, the series shows the hilarious screw-ups of five young struggling entrepreneurs who do crazy things to keep their startup afloat. The next season will air in 2018.

Tell me more: Do you know any chemistry teacher who’s a father of two, a cancer patient, but also a runner of a meth-lab in New Mexico? Yes, you’re absolutely right! It’s Heisenberg from Breaking Bad! Now the spin-off of that series with the favorite lawyer Saul Goodman is here! It sheds some light on how Saul ends up being a criminal lawyer and his struggles in doing so. The next season will air in 2018.

Tell me more: It is a story of four young girls who try to make it big in New York City and learn life lessons by committing one mistake at a time. The show has received mixed reviews and many have called it the ‘New Sex and the City’. New or not, this show is gradually becoming the most popular sitcom for young girls in the US.

Tell me more: A series based on a novel by Neil Gaiman came this year on small screens. It is based on the fight between the old Gods and the new Gods. A former prisoner who has lost his family, takes a job as the bodyguard of Mr. Wednesday, and that’s where the mystery begins. There’s a rumor about the third season, but to know for sure, we just have to keep checking the network!

Tell me more: The season is directed by David Lynch (so, don’t expect a happy ending). It’s a crime investigation drama series about a quirky FBI agent Dale Cooper and how he solves an intricate investigation of a teenager Laura Palmer. The series is filled with so much ups and downs and infinite twists & turns, that at the end of the season finale, the audience is filled with only one feeling of bewilderment.

Tell me more: Noah Hawley created a successful TV series based on the Marvel Comics character David Haller. It’s connected to X-men movie franchise. A child who has consulted many psychiatrists for his schizophrenia, realizes that he’s a mutant and not a patient of mental illness. The series released in January and they’ve already started shooting the next season. We’ll see its second season in 2018.

Tell me more: Are you bored with murder mysteries, crime fighting, and want something funny and relaxing? Then you should start with Crazy Ex-Girlfriend. It’s the story of Rebecca Bunch, an intelligent but wildly unhappy girl and how she turns her life upside down to find real happiness while stalking her ex-boyfriend. The series is filled with Rebecca’s obsession for Josh and even the episode titles include his name.

Tell me more: It’s a story of a visionary, an engineer, and a prodigy and how they try to build a computer using everything they’ve got. Every year, AMC releases 10 episodes of this series and this year’s fourth season is a big success. According to many viewers, the episode “Who Needs a Guy” is the show’s finest episode.

Tell me more: Ellen DeGeneres is an American comedian, an actress, a writer, a producer, and the most successful talk show host for sure. She won more than 15 People’s Choice Awards for favorite host and 59 Daytime Emmy Awards as of 2017. Her YouTube channel is among the top 20 most subscribed channels. There are about 15 seasons of this show, and she has announced that three more seasons are yet to come.

Tell me more: The series is created by Aziz Ansari and it’s so natural that the audience loved it and it’s a major hit on Netflix. The first season focuses on Dev and Rachel’s on & off relationship and it’s funny to its core. At the end of season 1, they both decide to break-up and give their career their full focus. The season 2 of this series is not at all disappointing. There’s demand for a 3rd season, but Aziz needs some time.

Tell me more: The series is based on a novel written by Margaret Atwood and the performance given by Elisabeth Moss is outstanding. It’s haunting, emotional, and a little terrifying, yet somehow gives hope to the humanity. The series certainly gives justice to the original book and you can’t afford to miss it. So, binge-watch this season before they launch the next one!

Tell me more: This year, Netflix came up with different stories, and GLOW (Gorgeous Ladies of Wrestling) is the most diverse till date. It’s a story of a struggling actress who takes a chance to become famous by depicting a female wrestler. It’s so funny, poignant, and swift that you can’t stop yourself watching the next episode. The next season is already announced.

There are many shows released this year that made their mark on the viewers’ minds. The shows like The Americans (FX), Fargo (FX), Rick and Morty, Big Little Lies (HBO), Jane the Virgin (CW) are also engaging audience. As the year ends, you can only hope that the next year will bring the next season or episode of your favorite TV show.