Gymnastics is a difficult sport. Even more difficult is the life of a gymnast. There have been many stories inspired from this sport, and this article brings to you some of the most loved and praised gymnastic movies ever made. 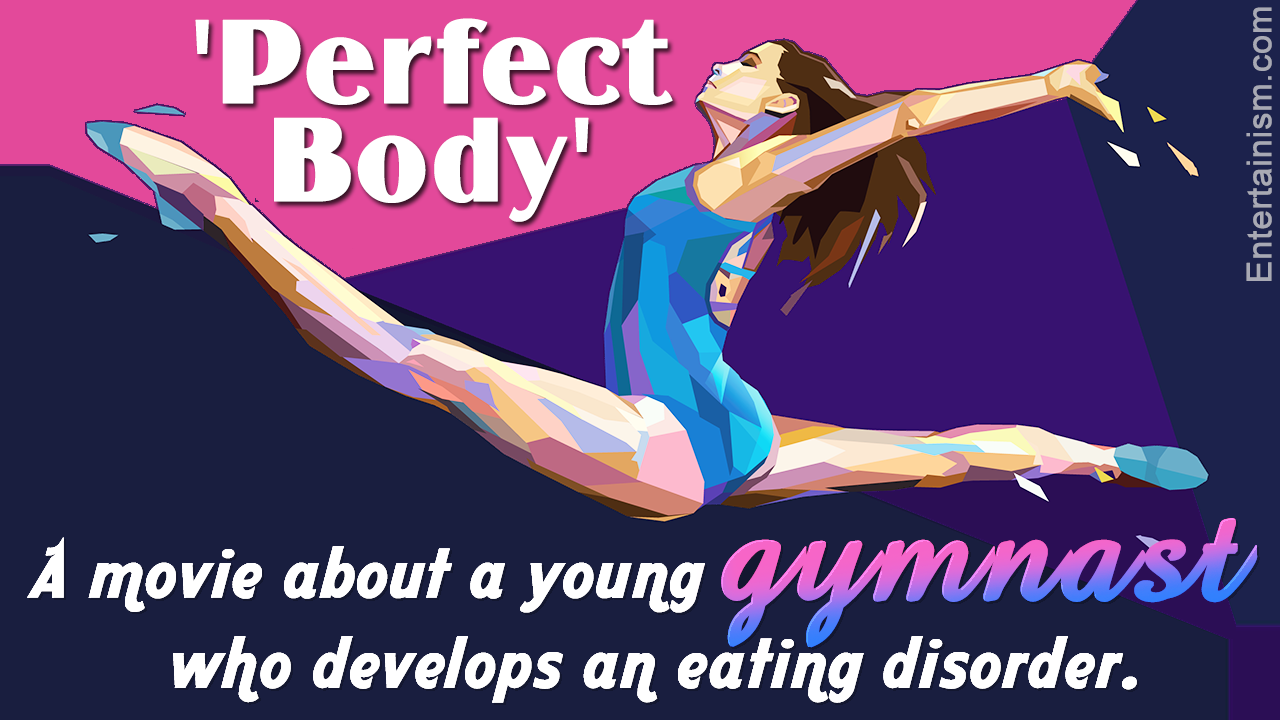 Gymnastics is a difficult sport. Even more difficult is the life of a gymnast. There have been many stories inspired from this sport, and this article brings to you some of the most loved and praised gymnastic movies ever made.

Did You Know?
Most professional gymnasts start training at an early age of just 3 or 4. The body of a gymnast works best in the late teens to early twenties.

Gymnastics is a complex, yet beautiful mixture of sport and art. Nowhere else would you find the kind of mind-body play as you will in a gymnastic event. It involves unimaginable physical agility and control to perform with precision. Just from being a few exercising disciplines, it has evolved to being a major competition around the globe.

Pursuing gymnastics as a profession has to be one of the boldest decisions one can make. Professional gymnasts spend a huge number of hours for years perfecting their moves, just for a few seconds or minutes during a performance. There are various sacrifices to be made on a personal level. Countless instances of success and failure emerge everyday, but most of them go unnoticed. Movies are ideal as a medium to bring these stories out, and allow the rest of the world peek through a window into the lives of these unsung heroes. Some movies, in recent years, have been successful in doing so, and this article attempts to shed light of some of the best.

Here’s a list of the best gymnastic movies of all time, in no particular order.

A State of Mind (BBC Documentary)
Director: Daniel Gordon
Producer: Nicholas Bonner, John Battsek
Actors: Hyon Sun Pak, Song Yun Kim
Released: 2004
Duration: 93 minutes
A highly acclaimed documentary follows two young North Korean gymnasts along with their families during their training for the Pyongyang mass games. The film has won various awards at many festivals all over the world. It is a wonderful documentation of the whole process, which makes it a must-watch for all young gymnasts.
Little Girls in Pretty Boxes
Director: Christopher Leitch
Producer: Jay Benson, Tim Braine, Jeff Bricmont
Actors: Swoosie Kurtz, Courtney Peldon, John Ashton, Philip Casnoff
Released: 1997
Duration: 96 minutes
Based on the book of same name, this is a TV movie that was aired in 1997. It is about a teenage girl who moves to Los Angeles with her family in pursuit of winning an Olympic Gold. The film puts forth how young female gymnasts have to cope with the whole process of the training regime, and harsh physical and mental stresses, to achieve perfection. The movie deals with topics like painkiller abuse, intimidation, systematic pressure, humiliation from coaches, and eating disorders.
Perfect Body
Director: Douglas Barr
Producer: Judy Cairo
Actors: Amy Jo Johnson, Brett Cullen, Cathy Rigby
Released: 1997 (TV), 2004 (DVD)
Duration: 100 minutes
Perfect Body deals with the journey of Andie Bradley, a young gymnast, who, under the pressure of performing well and her ambition of participating in the Olympics, develops an eating disorder. She is criticized by her coach to lose weight, leading to the development of her obsession over gaining a perfect body. The movie is very much focused on Andie and the emotional changes she undergoes throughout the process. The movie does highlight the other side of the coin for gymnasts, but does leave you with a ray of hope at the end.
The Gymnast
Director: Ned Farr
Producer: Michael Carp, Michael Carp, Addie Yungmee
Actors: Dreya Weber, Addie Yungmee, David De Simone, Allison Mackie, Mam Smith
Released: 2006
Duration: 96 minutes

The movie is about Jane Hawkins, who is a world-class gymnast, but a devastating career-ending injury leaves her with a dull job as a massage therapist. She gets a chance to work on and perform an aerial act with a young female dancer, Serena. With increasing chemistry between the two, the acts become more and more passionate. Although primarily a love story, the film also highlights the understanding these two project in their performance. The film has been critically acclaimed at various festivals.

A TV movie biopic based on the life of gymnast Nadia Comăneci, this film deals with how she became a world champion, and later her downfall and bouncing back to win the World Championships. After becoming the first woman ever to score a perfect 10 at the Olympics, she is lauded all over the world. But with growing expectations and her separation from her domineering coach, she gets out-of-shape and overweight. Eventually, she copes with the hardships, and goes on to clinch Gold in the 1979 World Championships.

Bring It On
Director: Peyton Reed
Producer: Marc Abraham, Thomas Bliss
Actors: Kirsten Dunst, Eliza Dushku, Jesse Bradford, Gabrielle Union, Clare Kramer
Released: 2000
Duration: 98 minutes
This story revolves around Torrance Shipman, who has just acquired the position of team captain of Rancho Carne High School’s cheerleading squad. Determined to lead the team to the national title, she soon discovers that their routines were stolen from another squad by their former captain. What follows is their determination and struggle to do something new and different. The movie has become a cult classic, and is loved by many for its comic approach and light mood.
White Palms
Director: Szabolcs Hajdu
Producer: Iván Angelusz, Mathieu Kassovitz, Gábor Kovács, Ági Pataki
Actors: Zoltán Miklós Hajdu, Kyle Shewfelt, Gheorghe Dinica, Andor Lukáts, Oana Pellea
Released: 2006
Duration: 97 minutes
This Hungarian film has been applauded by critics and audiences alike. When Miklos Dongo, a Hungarian gymnast, suffers a major injury, and frustrated with his brutal communist-era coach, he moves to Canada in hopes of training young, enthusiastic gymnasts. But he finds himself on similar grounds, where he discovers the same brutality among his pupils. The film jumps from his childhood and adult life, and is regarded as a wonderful telling of an unconventional story with a unique theme.
Peaceful Warrior
Director: Victor Salva
Producer: Robin Schorr, Mark Amin, David Welch, Cami Winikoff
Actors: Scott Mechlowicz, Nick Nolte, Amy Smart
Released: 2006
Duration: 120 minutes
This is the story of Dan Millman, who is a gymnast, and dreams of going for the National Championship title. He is dissatisfied with the way he is living, and is in a constant state of restlessness. One day, he meets an old man who seems to know about his anxiety and restlessness in a clearer way. Dan later decides to call him ‘Socrates’. While on track with his practice routine and working towards his dream of entering the National Championships, a horrible accident comes his way, and his chance of making it to the championships is in jeopardy. This is when Socrates’ philosophical ideas truly come to his rescue.
Reach for the Sky (Campioana)
Director: Elisabeta Bostan
Producer: Rock Demers, Lorraine Du Hamel
Actors: Izabela Moldovan, Mircea Diaconu, Carmen Galin, George Mihaita, Alina Izvoranu
Released: 1990
Duration: 92 minutes
This movie is mainly about a young girl named Corina, who lives in a small town in Romania. Her dream is to go and train in the National Gymnastics Training Center in Deva, Romania. Another story that is depicted in the movie focuses on the coaching disciplines and styles that go into training young gymnasts. It is an interesting film that captures and depicts Romanian gymnastics in a unique way.
Gymnast (British Documentary)
Director: Anthony Wonke
Producer: Todd Austin, Todd Austin
Actors: Beth Tweddle, Becky Downie, Hannah Whelan, Marissa King
Released: 2011
Duration: 89 minutes
This is a documentary that follows the selection of the British gymnastics team for the 2008 Beijing Olympics. The documentary is highly praised among gymnasts and audiences alike. The process that undergoes in the making of an Olympic team is inspiring at many levels.

We tried to dig in and bring out as varied movies as we could. Yet, there are surely other good movies that need to be seen and felt. If you have some suggestions, do post a comment below and let everyone know!