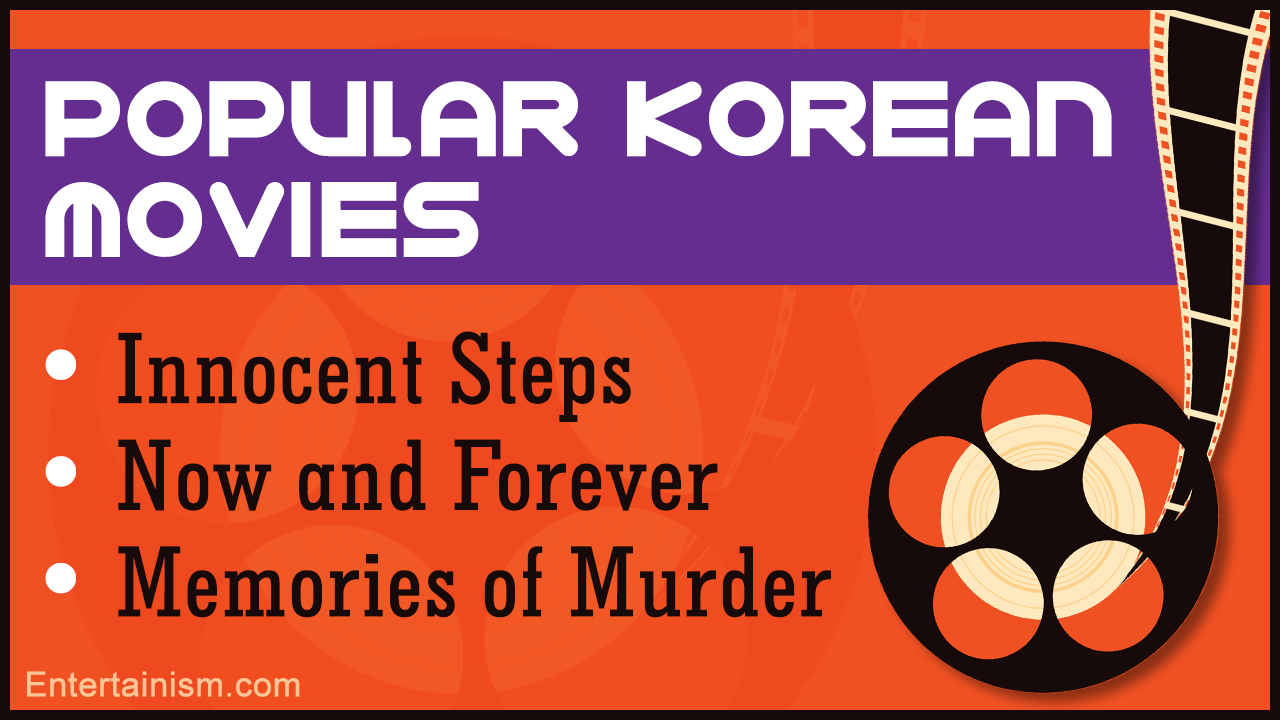 “I saw a Man from the future…”

If you are able to recollect these famous line from the best Korean movies of all time, ‘My Sassy Girl’, then you will agree with me that Korean film industry surely churns out some movies with a class. Korean films have the ability to look freaky, yet they hold on to your imagination and you don’t wish to miss a single scene.

The best Korean movies of all time have the ability to show contrast in their characters. Their romantic films have such a magnetic chemistry between the lead pair, that it makes one dream of finding prince charming in real life. The action is mind-blowing and drama reaches a new height in the these flicks. You will find a unique and interesting flavor in Korean cinema that is absolutely different from the Hollywood genre. This article will cover a list of top Korean movies of the decade that is a must watch for every movie bluff.

Memories of Murder
This is a crime-drama that is based on a true life event. It is about the country’s first known case of serial murders. These murders took place between the year 1986 and 1991. Song Kang-Ho one of the most popular actors of Korean cinema along with Kim Sang-kyung starred as a detectives who try to solve the crime. It all happens when the police force was neither equipped nor experienced in solving a crime of such a scale. This engrossing movie will require your full attention. Must watch for thriller buffs.

A Moment to Remember
Have you ever experienced the loss and discovery within a relationship that is marred by Alzheimer’s disease? A Moment to Remember is does just that makes it so endearing. The movie begins on a romantic comedy note. It moves on to a blissful married life of the couple where the husband (Jung Woo-sung) discovers that his wife (Son Ye-jin) is suffering from forgetfulness. The movie then moves on to the revelation aspect of Alzheimer’s that the wife is diagnosed with. Despite all the trials the couple goes through due her forgetfulness, the couple remains committed. Finally, Su-jin forgets all her memories and Woo-sung visits her in the hospital hiding his tears behind glasses. All those who love sweet, eternal romance should watch this movie.

Old Boy
This movie is based on a Japanese manga of the same name. The story is about Oh Dae-su (Choi Min-sik), who shown in a police station for drunken public disorder. He is bailed out by his friend and on release he calls his daughter home who is waiting for him to celebrate her birthday. He disappears on his way home and realizes that he is imprisoned against his will in a cheap motel room. He remains captive for the next 15 years and he doesn’t even know why. After his release, he still finds himself in a web of conspiracy as well as violence. Will he ever be able to free himself from the conspiracy? Watch the movie to uncover the mystery.

My Little Bride
This was the first Korean movie I watched and fell in love with Korean cinema. This is a sweet, innocent romantic comedy about an arranged marriage between a teacher and a student. A 15-year-old high school girl (Moon Geun Young) who have a crush one her school’s baseball team ace is ordered to marry Kim Rae Won, a new teacher by her grandfather. This is all because the grandfather had made a pact with Rae Won during the Korean War. Despite opposition they are married. Young decides to act as if she does not have a husband and dates her crush. Everything goes well, until the day Rae Won comes to her school as a teacher. Do these young lovebirds fall in love and live happily? Do watch this movie and find out.

Windstruck
Fantasy, romance, comedy all in one. Windstuck is one of the top grossing movies of 2004. The story is about Officer Yeo Kyung-jin (Jun Ji-hyun), an ambitious female police officer. She accidentally cathes Go Myung-woo (Jang Hyuk) who is a physics teacher. Soon, they start romancing each other and Myung-woo tells her that if he were ever to die he will come back as the wind. In an shocking twist, Myung-woo is killed by a shot fired by another officer in a freak accident. Kyung-jin thinks she killed him and falls into a suicidal depression. She tries to jump off the building but is saved by a giant balloon float. She starts experiencing Myun-woo as the wind. A love story that one should not miss watching.