Dentists are people we love to hate. This article presents some really funny jokes about dentists that are sure to make you laugh hard. 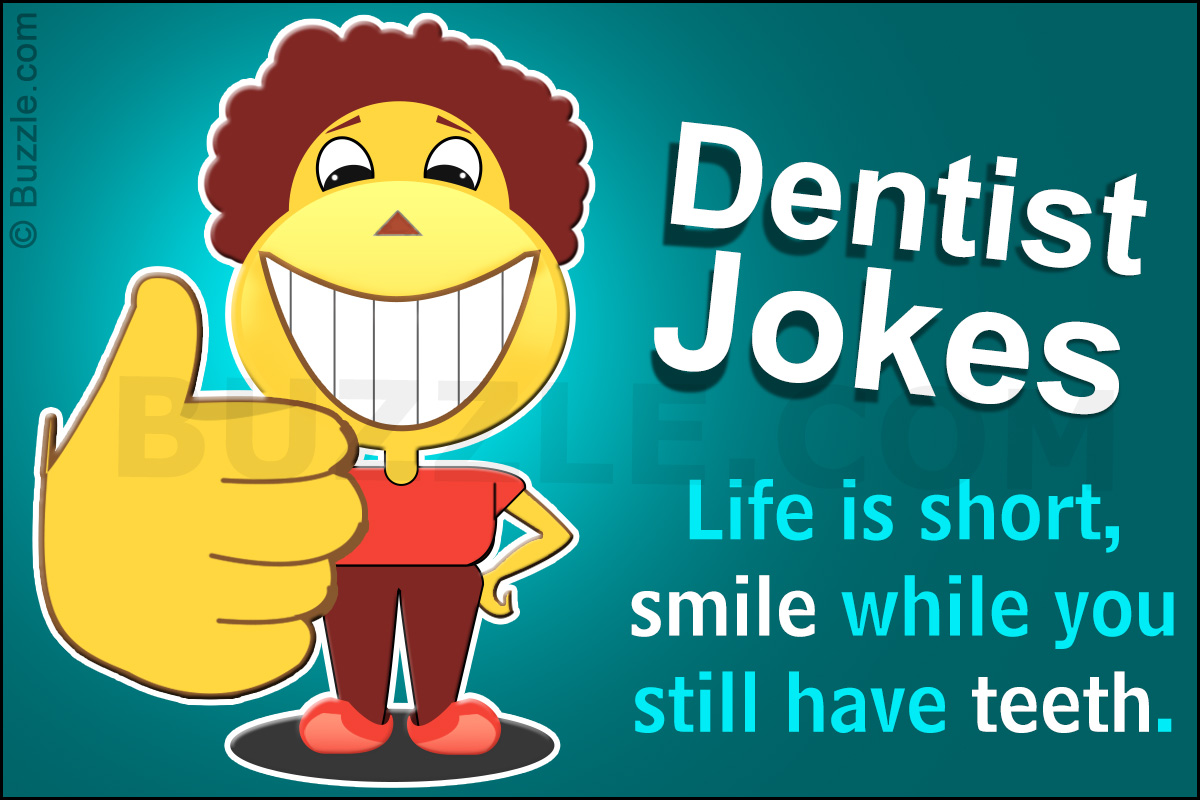 Dentists are people we love to hate. This article presents some really funny jokes about dentists that are sure to make you laugh hard.

One of the professions that is universally hated in the world is dentistry. You avoid your dentist like the plague, right until your tooth reaches such a stage where it resembles a World War II graveyard, only after which you go to the dentist. And then, of course, you return complaining and cribbing not about how much your tooth hurts, but about how bad your dentist is. All said and done, something that will help elevate your mood is some dentist jokes, which will help dentists and patients alike see the lighter side of this noble profession.

A woman and her husband interrupted their vacation to go to the dentist.
“I want a tooth pulled out, and I don’t want Novacaine because I’m in a big hurry,” the woman said. “Just extract the tooth as quickly as possible and we’ll be on our way.”
The dentist was quite impressed.
“You’re certainly a courageous woman.” he said. “Which tooth is it?”
The woman turned to her husband and said, “Show him your tooth, dear.”

Patient: Doctor, I have yellow teeth, what do I do?
Dentist: Wear a brown tie…

A woman phoned her dentist when she received a huge bill. “I’m shocked!” she complained. “This is three times what you normally charge.”
“Yes, I know,” said the dentist, “But you yelled so loud, you scared away two other patients.”

Q. What does the dentist of the year get?
A. A little plaque

Q. What game did the dentist play when she was a child?
A. Caps and robbers

Q. What does a dentist do on a roller coaster?
A. He braces himself

Q. What was the dentist doing in Panama?
A. Looking for the Root Canal

Patient to Dentist: “How much to get my teeth straightened?”
“Twenty thousand bucks” replied the dentist. Patient heads for the door.
Dentist to patient: “Where are you going?”
“To a plastic surgeon to get my mouth bent.”

Patient: How much to have this tooth pulled?
Dentist: $200
Patient: $200 for just a few minutes worth of work?!
Dentist: I can extract it very slowly, if you like.

Old man: “Darling, your teeth remind me of the stars”
Old woman: “Because they gleam and sparkle?”
Old man: “No, because they come out at night!”

“I came in to make an appointment with the dentist.” said the man to the receptionist.
“I’m sorry sir.” she replied, “He’s out right now, but…”
“Thank you,” interrupted the obviously nervous prospective patient. “When will he be out again ?”

Pardon me for a moment, please,” said the dentist to the patient, “but before beginning this work, I must have my drill.”
“Good heavens, man!” exclaimed the patient irritably. “Can’t you pull out a tooth without a rehearsal?”

Edward: “Have you ever come across a man who, at the slightest touch, caused you to thrill and tremble in every fiber of your being?”
Lucy: “Yes, my dentist.”

Patient: Doc, what should I do with all the gold and silver in my mouth?
Dentist: Don’t smile in a bad neighborhood.

Q. What’s the difference between a dentist and a New York Yankee fan?
A. One yanks for the roots and the other roots for the Yanks.

Q. What to do you call an old dentist?
A. A bit long in the tooth

A little boy was taken to the dentist where he was told that he had a cavity that would have to be filled. “Now, young man,” asked the dentist, “What kind of filling would you like for that carious tooth?”
“Chocolate, please,” replied the young kid.

Mother: Has your tooth stopped hurting yet?
Son: I don’t know. The dentist kept it.

Q. What did the dentist see at the North Pole?
A. A molar bear.

Q. What did the tooth say to the dentist when she began to leave?
A. Fill me in when you come back.

Johnny was sitting in the waiting room after getting his tooth extracted. The receptionist asked him how he was feeling.
“I’m okay” he said, “but I didn’t like the four-letter-word the doctor used during the extraction.”
“What did he say?”, asked the nurse, alarmed.
“Oops!”, replied Johnny.

So this was all about the tooth, the whole tooth, and nothing but the tooth. As Murphy would have said, you will always acutely suffer from a toothache only after the nearest dental clinic has shut down. So, for the time being, you can instead have a good laugh with these short, hilarious dentist jokes that are bound to leave you in splits, because as your dentist will tell you, laughter is the best medicine. 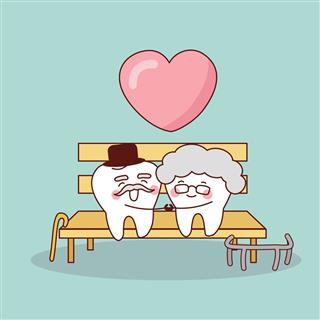 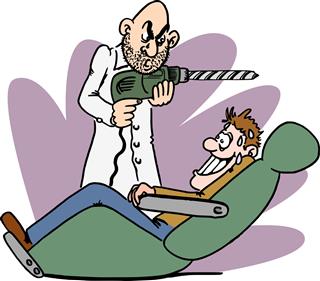