The craziest, the whackiest, and the super-intelligent Dr. Sheldon Cooper is everyone's favorite. His impeccable timing and crude sense of humor has made him an icon amongst his audience. Here's a collection of some of his famous quotes from The Big Bang Theory. Have a laugh riot, as you read on. 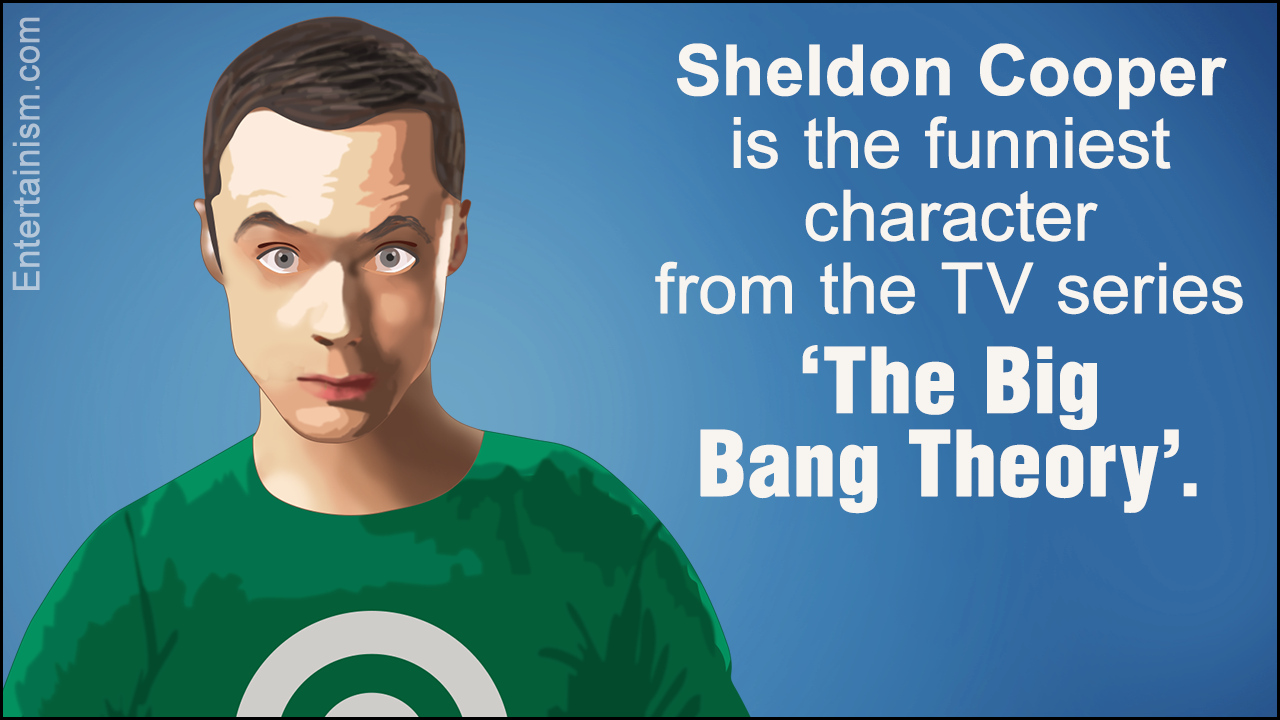 The craziest, the whackiest, and the super-intelligent Dr. Sheldon Cooper is everyone’s favorite. His impeccable timing and crude sense of humor has made him an icon amongst his audience. Here’s a collection of some of his famous quotes from The Big Bang Theory. Have a laugh riot, as you read on.

There’s always the possibility that alcohol and poor judgment on her part might lead to a nice romantic evening.

His comic antics have made everyone laugh repeatedly, so much so, that it hurts! Sheldon Cooper, played by Jim Parsons, is one of the incredibly hilarious characters from the television series The Big Bang Theory. This theoretical physicist’s intelligence is inversely proportionate to his social skills, which makes him the one with insane logic about everyone and everything around him.

None of us seem to stand narcissism in any form. But Sheldon has won the hearts of millions with his textbook display of narcissistic behavior. His obsessive compulsive disorder, not only makes him a pain in nether places, but has also been a source of intelligent entertainment on modern-day television.

What computer do you have? And please don’t say ‘a white one’. -The Peanut Reaction

I think that you have as much of a chance of having a sexual relationship with Penny as the Hubble Telescope does of discovering that at the center of every black hole there is a little man with a flashlight searching for a circuit breaker. -The Fuzzy Boots Corollary

Sheldon: Uhm, Penny, that’s where I sit.
Penny: So sit next to me.
Sheldon: No, I sit there.
Penny: What’s the difference?
Sheldon: What’s the difference?
Leonard: Here we go.
Sheldon: In the winter that seat is close enough to the radiator to remain warm, and yet not so close as to cause perspiration. In the summer, it’s directly in the path of a cross-breeze created by opening windows there and there. It faces the television at an angle that is neither direct, thus discouraging conversation, nor so far wide as to create a parallax distortion. I could go on, but I think I’ve made my point. -Pilot

What exactly does that expression mean, ‘friends with benefits’? Does he provide her with health insurance? -The Vegas Renormalization

Maintaining five friendships promises to be a Herculean task, so I’m going to have to let one of you go. -The Financial Permeability

We don’t need Wolowitz. Engineering is merely the slow younger brother of physics. Watch and learn… do either of you know how to open the toolbox? -The Friendship Algorithm

Sorry, coffee’s out of the question. When I moved to California, I promised my mother that I wouldn’t start doing drugs. -The Work Song Nanocluster

I’m not crazy, my mother had me tested. -The Jiminy Conjecture

I can’t be impossible – I exist! I believe what you meant to say is – “I give up, he’s improbable”. -The Gothowitz Deviation

It seems like an awful lot of trouble to go through for intercourse. Don’t you have access to women that will do it for money? -The Cornhusker Vortex

Oh, on the contrary. I found the Grinch to be a relatable, engaging character, and I was really with him. Right up to the point that he succumbed to social convention and returned the presents and saved Christmas… what a buzz kill. -The Maternal Congruence

I asked myself, what is the most mind-numbing, pedestrian job conceivable and three answers came to mind: Toll booth attendant, Apple Store Genius and what Penny does. -The Einstein Approximation

Amy pointed out that between the two of us, our genetic material has the potential of producing the first in a line of intellectually superior benign overlords to guide humanity to a brighter tomorrow. -The Robotic Manipulation

May I point out that for eight long months I suffered in silence as your female companion filled our apartment with her off-key country music caterwauling, the unappetizing spectacle of her grinding a pumice stone against her callused feet in our living room, and night after night of uninformative TV documentaries about the Jersey shore. -The Zazzy Substitution

You know, I try very hard to make our lunch hours educational and informative. But your insistence on talking about your own lives stymies me at every turn. -The Apology Insufficiency

No, I love my mother. My feelings for my spot are much greater. It’s the singular location in space around which revolves my entire universe. -The Apology Insufficiency

Since we come in every Tuesday night at six o’clock and order the same exact thing and it’s now six-o-eight, I believe your question not only answers itself, but also stands alongside such other nonsensical queries as “Who let the dogs out?” and “How are they hanging?”. -The Love Car Displacement

Leonard, is it awkward for you knowing that one of your dear friends had sexual intercourse with the woman you used to love, in the very place you lay your head? -The Skank Reflex Analysis

From here on in I’ve decided to make all trivial decisions with a throw of the dice, thus freeing up my mind to do what it does best: enlighten and amaze. -The Wiggly Finger Catalyst

You are in for a treat. My mother’s fried chicken is why we had to buy my Dad the extra-large coffin. -The Rhinitis Revelation

Penny has a lot of money tied up in promiscuity futures. -The Rhinitis Revelation

I tried to scare an Indian with a snake. Come on Cooper, you’re better than this! -The Good Guy Fluctuation

Trust me. If I had a death ray, I wouldn’t be living here. I would be in my lair enjoying the money the people of Earth gave me for not using my death ray. -The Ornithophobia Diffusion

I’m sneaking into work. Now, if the guard at the university asks what’s under the blanket, you tell him it’s some lobster traps. -The Vacation Solution

These shrimp are all the same size. There’s no logical order to eat them in. -The Vacation Solution

Sheldon: All right. [Offers her a seat] Please. [She sits down] Amy, when I look in your eyes and you’re looking back in mine, everything feels not quite normal because I feel stronger and weaker at the same time. I feel excited and, at the same time, terrified. The truth is, I don’t know what I feel, except…I know what kind of man I want to be.
Amy: Sheldon…that was beautiful.
Sheldon: I should hope so. That’s from the first Spider-Man movie. -The Date Night Variable

Uh, fine. FYI, secret-keeping? Hate it. Hand-holding? Not a fan. Hammerhead shark? I love that thing. Yeah, it’s another fish with a tool on its head. -The Decoupling Fluctuation

My point is, I don’t like when things change. So, regardless of your feelings, I would like you to continue dating Leonard. And also, while we’re on the subject, you recently changed your shampoo. I’m not comfortable with the new scent. Please stop this madness and go back to green apple. -The Decoupling Fluctuation

It took me forever to get him on a bathroom schedule. He would go whenever the mood struck him. -The Spoiler Alert Segmentation

So these were some of the craziest lines by our very own Dr. Sheldon Cooper. His serious lack of understanding basic human emotions has provided his ardent audience a plethora of enjoyable entertainment.