Do You Know Any of These Famous and Much-loved Spanish Actresses?

Some of the finest film and television actresses of international repute are the much-loved stars of Spanish cinema. Let us take a look at some of the very famous Spanish actresses.

Home / Celebrities / Do You Know Any of These Famous and Much-loved Spanish Actresses? 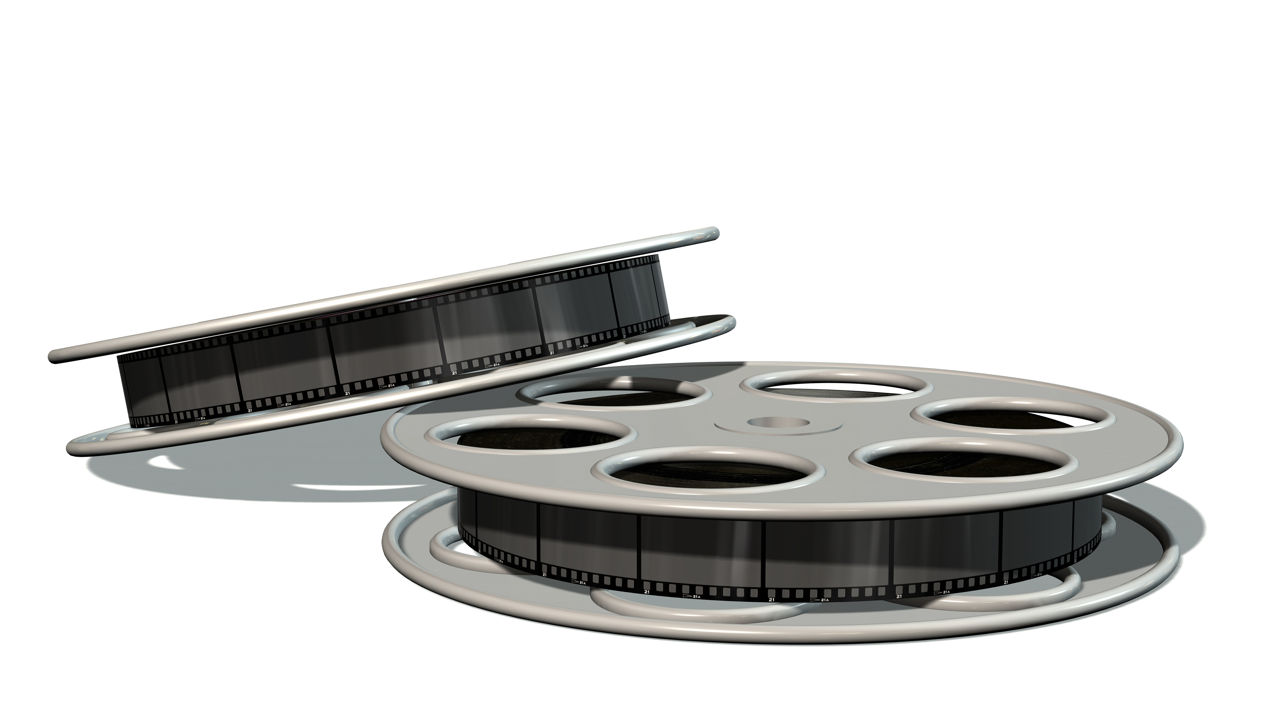 Some of the finest film and television actresses of international repute are the much-loved stars of Spanish cinema. Let us take a look at some of the very famous Spanish actresses.

Spain has produced some brilliant actresses who have made a mark in films as well as television. A country known for bullfighting, Flamenco dance, and music has also given us artists like Picasso, top-notch tennis players like Nadal and world-class soccer teams like Real Madrid and FC Barcelona. They are representative of the arts and sports culture of Spain.

The country has made a significant contribution to the entertainment industry through people who have excelled as actors on stage, television and in films.

When talking of films and Spain, the mentions of Antonio Banderas and Javier Bardem cannot be forgotten. But that’s not all. Spain has produced some of the finest actresses of the film and television industry. Here are some famous Spanish actresses known for their acting, beauty, and grace.

During the initial years of her acting career, she struggled in Spain and went to Mexico in 1947 to stay there for the rest of her life. She made a bright career in films and telenovelas. Angelines Fernandez has acted in fourteen movies. Aged 27, she starred in Cadenas de Amor. She is known for her classic works like El Profe. Her role as Doña Clotilde in El Chavo del Ocho marked her legendary performance. She traveled across the world appearing in plays and telenovelas. She died of a tobacco-related cancer in 1994 and was buried in Mexico.

Initially, having worked with local theater groups, Ariadna got her first film Lola in 1986. Her role as Violeta (a lesbian) in the film Belle Époque (1992) showcased her acting skills and won her that year’s Goya Award for Best Actress in a leading role. She further enhanced her reputation as an actress by working in movies like Malena es un nombre de tango (1996) and Black Tears (1998). Fans are looking forward to see her in her upcoming films.

Belen Rueda was a salesperson who became a model, a TV presenter and then a television actress. Her character Lucia Gomez in the television series Los Serrano is best remembered. She then ventured into films and her performance as Julia in the 2004 film The Sea Inside won her the Goya Award for Best New Actress for that year. Her performances in the movies The Orphanage (2007) and Julia’s Eyes (2010) received nominations for the Best Actress Goya Awards. She continues to act in movies and television series.

She started her career as a cabaret singer and later ventured into movies. She is known for her comic roles in films like Sal gorda and Tata mía. She has won four Goya Awards in her career spanning almost six decades. She also essayed the role of a transsexual in La ley del deseo (Law of Desire) that made her a gay icon. Recently, she was awarded the Locarno Excellence Award for her successful film career.

Elena Anaya is a Spanish actress who started her career back in 1995. She was noticed for her performance in Lucia y el sexo (Sex and Lucia, 2001). She played a part in Hable con ella. She is well-known for her role as a vampire in Van Helsing. She has appeared in the music video, SexyBack in the year 2001. She won the Goya Award in 2011 for her performance in The Skin I Live In (2011). She aspires to continue acting.

This Spanish beauty started her career as a television actor. She has acted in many television series like Al salir de clase, Queen of Swords and Los Serrano. She has acted in more than 10 Spanish films. She appeared in the French film Iznogoud. Her first role in Hollywood was in the movie Snakes on a Plane. She has worked with Monica Bellucci in Manual d’amore 2 and with Gerard Depardieu, David Beckham and Michael Schumacher in Asterix aux jeux olympiques. She has been the cover face of many magazines and was the female face of Time Force’s jewelry line Ultimate Jewel, alongside soccer star Cristiano Ronaldo. She has played Elena Neves in Fast & Furious 6, a recent release.

She was an amateur theater artist at the beginning of her career. She acted in a few television series like Esther Valls Canales before entering films. She earned recognition for her role in the film Fugitives (2000) that won her the Goya Award for the Best New Actress for the same year. Her next film Take My Eyes (2003) won many awards and her role was appreciated. It won her a second Goya Award and one at the San Sebastian International Film Festival for a leading role. She starred in movies like Voices in the Night, Hidden and The Valdemar Legacy. Her next film Black Bread (2010) won her a third Goya Award for Best Supporting Actress.

She began her acting career at the age of 13 through commercials. She was first noticed in the movie 27 hours (1986). Since then, she has acted in more than 60 movies and appeared in various TV shows. This Spanish enchantress has been nominated seven times for the Goya Awards but won only once. She is the only Spanish actress to win the Ariel Award in Mexico as Best Actress for her performance in Pan’s Labyrinth. She has also been close to receiving awards in reputed film festivals like the Berlin International Film Festival and the San Sebastian International Film Festival. She has acted in 15 años y un día (15 Years and One Day) which was released recently.

Paz Vega started her career as a television actor. She acted in a few television series like Más que amigos, Compañeros and 7 Vidas. She then ventured into movies and is best known for her role as Lucia in Lucía y el Sexo (Lucía and Sex), that won her the Goya Award for best ‘breakthrough actress performance’. She later starred in Spanglish, The Spirit, The Six Wives of Henry Lefay, Human Contract, The Flower of Evil and Cat Run among others. She has lent her voice to the Andalusian triplets in Madagascar 3: Europe’s Most Wanted. She has acted in the comedy film I’m So Excited that will be releasing in June 2013 in North America.

Among the most successful Spanish actresses, Penelope Cruz debuted in a music video and later hosted a teenager talk show on Spanish television. She had begun showing a flair for acting since her childhood. She received formal training in Spanish ballet and jazz dancing. Some of her important films during the early years of her career are, Jamon jamon and Belle Epoque. She is the proud winner of two Goya Awards, two European Film Awards and the Coppa Volpi. She is the first Spanish actress to win the Academy Award and also receive a star at the Hollywood Walk of Fame. She has been a spokesmodel for L’Oréal to promote their beauty products since 2006. She has achieved great success at a relatively young age and has made a mark in movies.

Sara Montiel is a Spanish singer and actress. After her super hit performance in the 1957 hit El último cuplé, she became a mega star in Europe and Latin America. She was the first woman distilling sex in Spanish films. Beginning her career at an age of 16, she earned acclaim for her roles in El último cuplé and Locura De Amor. She freelanced with Warner Bros for a while after which she moved back to Spain. She retired from movies in 1974 but continued working on television talk shows and reality shows. She was one of the highest paid celebrities to participate in these shows in Spain, until her death in April 2013.

This Spanish actress started with theater in 1996 after leaving her science studies to study dramatic art. Her first recognition by the media came through the series Los Serrano in 2003. She went on to build a glorious film career having won three Goya Award nominations for her movies Al sur de Granada, Camarón and Gordos. Currently, she is working in the television series Gran Reserva which is broadcast daily.

Born in Madrid, Spain, Victoria Abril has made her country proud by earning international acclaim for her performance in Tie Me Up! Tie Me Down! Apart from her performances in Spanish films, she has also worked in films of France, Italy and Iceland. She has received eight nominations in the Lead Actress category for the Goya Awards and won the award once. She has won the Silver Bear for Best Actress for her role in Amantes and The Berlinale Camera at the 41st and 43rd Berlin International Film Festivals respectively. Apart from being an actor, she is also a singer and has earned popularity in both the fields. Today, a mother of two sons, she is one of the finest actresses of Spain.

Spain is surely proud to have such talented actresses rise to success in their nation. These were a few of those famous Spanish actresses who made a mark in the entertainment sector and won a million hearts. 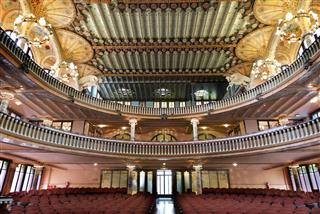 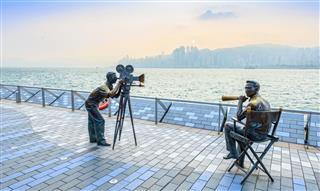