Fictional Characters on the Hollywood Walk of Fame

Home / Uncategorized / Fictional Characters on the Hollywood Walk of Fame 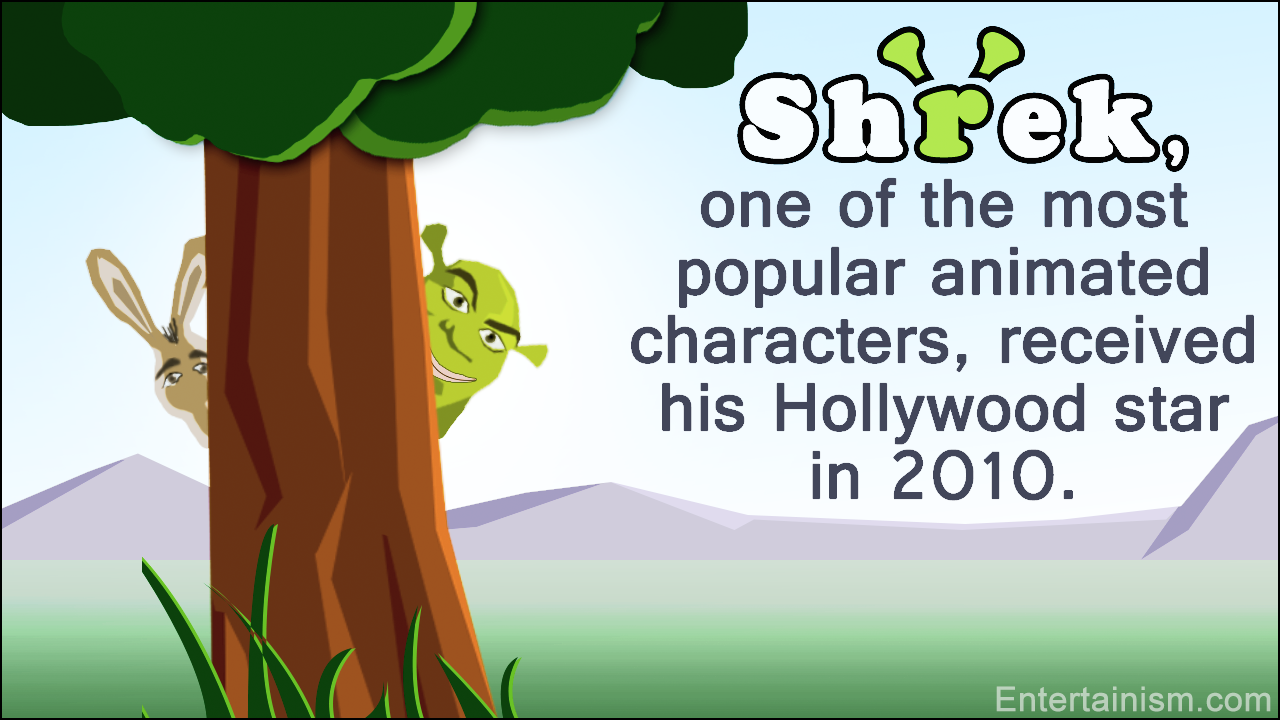 Did You Know
Out of 15, 7 fictional characters on the Hollywood Walk of Fame are owned by Disney.

This famous sidewalk features more than 2000 five-pointed terrazzo and brass stars, that honor personalities from different fields of entertainment. The Hollywood Chamber of Commerce acts as the administrator, and its maintenance is handled by the self-financing Hollywood Historic Trust.

Out of the 2000-plus stars on the Hollywood Walk of Fame, 15 stars belong to fictional characters. This trend was started by honoring the most popular cartoon character of all time, Mickey Mouse. Soon many popular nominations were suggested, and so far the Hollywood Chamber of Commerce has honored the following names.

The names are enlisted in order of who was presented the Hollywood Walk of Fame star first.

Probably the most iconic cartoon character in the world and the official mascot of The Walt Disney Company, Mickey Mouse was created by Walt Disney and Ub Iwerks at the Walt Disney Studios in 1928. Making an appearance in over 100 films, and innumerable comics, cartoons, and TV shows, Mickey Mouse is still the most popular cartoon in the world. The character received nine Academy nominations, and became the first fictional character to receive a star on the Hollywood Walk of Fame on November 13th, 1978 in honor of his 50th anniversary.

A cultural icon and the world’s favorite rabbit, Bugs Bunny is the face of Looney Tunes, and was created by Tex Avery. He made his debut in a 1940 animated short film, ‘A Wild Hare’. The movie was an instant success and made Bugs Bunny one of the most popular cartoon characters of the time. The anthropomorphic gray hare again tasted phenomenal success with the Looney Tunes series, and also appeared in many mainstream animated films. Like Mickey Mouse, Bugs Bunny often acted as a corporate mascot for Warner Bros. and its various subsidiaries. He became the second fictional character to receive a star on the Hollywood Walk of Fame on 10th December, 1985.

One of the most beautiful cartoon characters featured by Disney, Snow White first appeared in Walt Disney Productions’ first animated feature film, ‘Snow White and the Seven Dwarfs’ in 1937. The film got Walt Disney his first honorary Oscar, and the characters of the movie had such a huge cultural impact that they inspired a theme park, video games, and a Broadway musical. Snow White was also crowned as the first Disney Princess and became the first female fictional character to receive a star on the Hollywood Walk of Fame on 28th June, 1987.

The brainchild of Walter Lantz and Ben Hardaway, Woody Woodpecker was one of the most loved cartoon characters from the Golden Age of Animation, and the most popular creation from Walter Lantz Studios. Woody Woodpecker first appeared in the short animated film ‘Knock Knock’ and became an instant hit among the audience. His brash and insane demeanor was a hit during World War II, and his image was often featured on US warplanes. In addition to films, he also found immense success on TV and was revived many times by various networks. His immense success made him the official mascot of Universal Studios Theme Parks, and he received his Hollywood Walk of Fame honor on 13th September 1990.

‘Sesame Street’ wouldn’t be the same without Big Bird. This eight-foot two-inch tall primrose-yellow bird is one of the most loved characters on television. Even though ‘Sesame Street’ was first aired in 1969, the show still enjoys tremendous popularity, and Big Bird is often credited as the prime reason for its success. Created by famed puppeteer Jim Henson, Big Bird also starred in his own movie ‘Sesame Street Presents Follow That Bird’ and was awarded a star on the Hollywood Walk of Fame on 21st April, 1994.

With over 20 seasons, ‘The Simpsons’ has become a cultural phenomenon, and is one of the most watched sitcoms in the United States. Created by Matt Groening, over the years the show has been an inspiration to many adult oriented family sitcoms, and millions around the world are die-hard fans of Homer, Lisa, Marge, Bart and Maggie. The show has won an mind-boggling amount of awards, and is not slowing down anytime soon. For their immense contributions in entertaining audiences worldwide, The Simpsons family was awarded a star on the Hollywood Walk of Fame on 14th January 2000.

An animated series that shows a group of toddlers and their day-to-day experiences. Created by Arlene Klasky, Gábor Csupó and Paul Germain, ‘Rugrats’ primarily focuses on Tommy Pickles and his playmates with several other supporting members which appear as the show progresses. The show depicts parents and how they are easily distracted with their day-to-day activities, leaving small kids to explore the world by themselves. ‘Rugrats’ was lauded with praise and won many Emmy Awards during its run. It was one of the longest running shows on Nickelodeon and was recognized on the Hollywood Walk of Fame on 28 June, 2001.

Known as Jim Henson’s most famous puppet creation, and one of the most beloved characters on television, Kermit the Frog achieved success on ‘Sesame Street’ and ‘The Muppet Show’. Developed by Henson, Kermit first appeared in 1955 on Sam and Friends. His original appearance resembled a lizard, and underwent many changes before cementing his celebrity status. Kermit is also the only Muppet to feature on both ‘Sesame Street’ and ‘The Muppet Show’. He also served as the mascot for The Jim Henson Company, until it was sold to the Walt Disney Company. Kermit received his Hollywood star on 14th November, 2002.

The second-most popular Disney character after Mickey, the impact that Donald Duck had on the world is simply indescribable. One of the most loved cartoon characters from the Disney folks, Donald Duck was created by Dick Lundy, Fred Spencer, Carl Barks, and Jack Hanna. Donald’s first appearance was in ‘The Wise Little Hen’, but it was only after ‘Orphan’s Benefit’, that people started noticing him as a potential sidekick to Mickey. His popularity surged and he appeared in more than 170 films, surpassing Mickey’s record of 137. Having one of the most identifiable voices in all of animation, Donald’s vocal skills have played a huge part in cementing his status as one of the most popular animated characters of all time. Donald was honored on the Hollywood Walk of Fame on 9th August, 2004. Perhaps too late for such a loving character, but better late than never.

Godzilla is a Japanese movie monster that first appeared on the screen in Ishiro Honda’s 1954 film ‘Godzilla’. Since then this monster has become a cultural icon worldwide, and starred in over 20 films produced by the Toho Company Ltd. With the destruction of Hiroshima and Nagasaki still fresh in the minds of Japanese people, Godzilla was created as a monster conceived by nuclear explosions. The idea was appreciated by various critics, and the monster became an instant hit not only in the Japanese market but also internationally. Godzilla received its star on the Hollywood Walk of Fame on 29th November 2004.

One of the most popular and important characters from Disney, Winnie the Pooh has been a favorite among children and adults for more than eight decades now. Winnie was conceived by author A. A. Milne in 1925, after observing his son’s love for his stuffed bear. Four decades later, the bear first appeared on the big screen in Disney’s ‘Winnie the Pooh and the Honey Tree.’ Since then Pooh’s popularity has only increased, and you can find him touching the hearts of kids through books, comics, TV, film, toys, live shows, and theme park attractions. Winnie the Pooh was honored on the Hollywood Walk of Fame on 11th April, 2006.

The Munchkins from the 1939 classic ‘The Wizard of Oz’ finally received their star on the Hollywood Walk of Fame after six long decades. Seven out of the nine actors who played Munchkins traveled from various parts of the country to see their star on the world’s most famous boulevard. The Munchkins were selected after Chicago movie theater owner Ted Bulthaup, who developed friendships with some of the actors, was amazed to know that they didn’t have a star on the Hollywood Walk of Fame. He started a campaign for their support, and soon Steven Spielberg, George Lucas and Mickey Rooney pledged their support, which ultimately helped the Munchkins get their star on 20th November, 2007.

DreamWorks’ most prized possession, Shrek is probably one of the most popular computer animated characters ever created. Originally created by William Steig, Shrek first debuted on the big screen in 2001. The movie was immensely successful and spawned a highly successful series of four films. The series made Shrek one of the most loved characters on screen, and the first part also won the first ever Academy for Best Animated Feature. Shrek received his Hollywood star on 20th May, 2010.

Another iconic Disney character on the list, Tinker Bell or Disney’s Pixie Dust flew from J.M. Barrie’s classic ‘Peter Pan’, and soon became one of the most loved and cherished characters of all time. She was first mentioned in Barrie’s 1904 ‘Peter Pan’ play and made her big screen debut in the 1953 Disney film, ‘Peter Pan’. The movie was a huge hit and so was Tinker Bell. She won the hearts of millions and became one of the most important characters of the Disney franchise. Over the years the character has made appearances in various movies and was also the star of ‘Tinker Bell’ and ‘Tinker Bell and the Lost Treasure.’ Tinker Bell was awarded a star on the Walk of Fame on 21st September, 2010.

This time, Jim Henson got the entire troupe of his beloved Muppets a star on the Hollywood Walk of Fame. After entertaining the audiences for more than 5 decades, being an integral part of every child’s education, and starring in various films and TV shows, The Muppets have become a global phenomenon going strong day-by-day. These beautiful and amazing characters were honored with a star on 20th March 2012.

So far 15 fictional characters have been awarded a star on the Hollywood Walk of Fame and I’m confident that with the success of Batman, Family Guy, Archer, Superman, etc., many more names are going to join the above list.