Mass media helps in connecting people and "brings the globe into our glance". Let us take a look into the history as well as origin of mass media, which is also popularly known as public media. 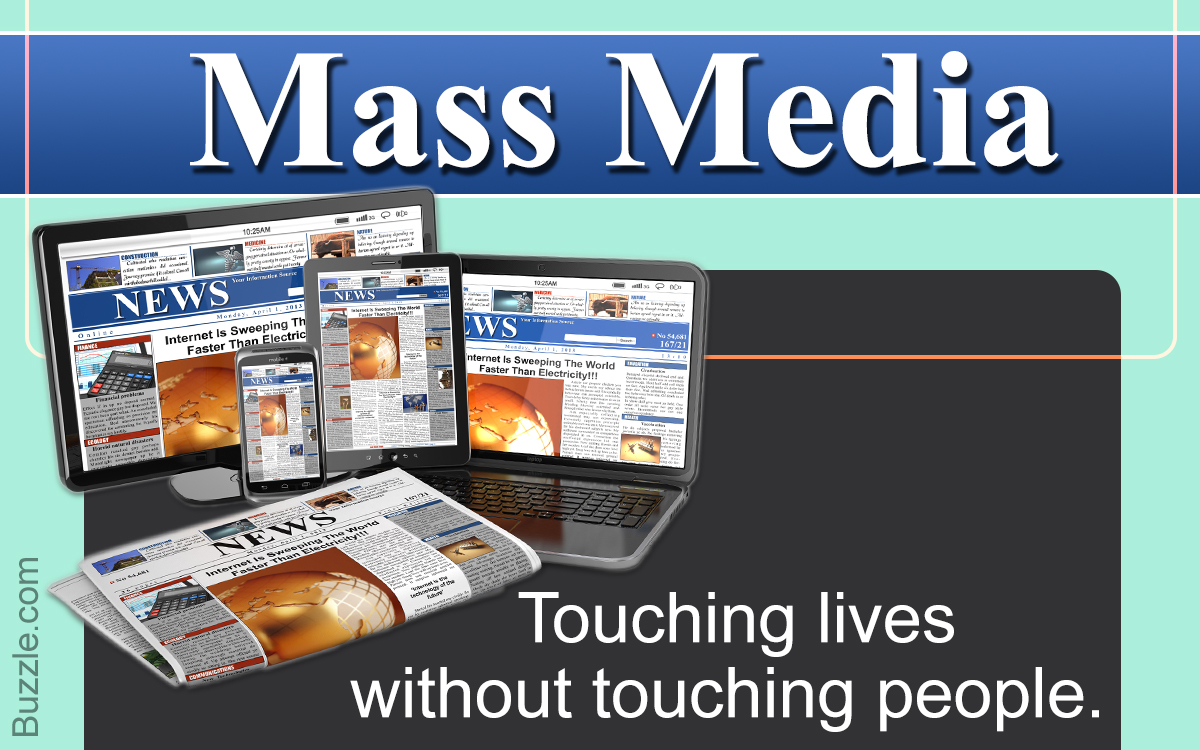 Mass media helps in connecting people and "brings the globe into our glance". Let us take a look into the history as well as origin of mass media, which is also popularly known as public media.

The information distributed to people on a large scale through the use of television, radio, movies, newspapers, Internet, magazines and books is termed as Mass Media.

Can we ever imagine life without mobile phones, televisions or the Internet? Possibly not! It is a fact that the world would have been a much bigger place, if we did not have gadgets that enhanced connectivity. We can communicate with ease, gain knowledge with the click of a button, and know about world events as they happen. Let’s have a look at how mass media evolved over the years.

Mass Media has been evolving through the ancient periods when kings patronized their writers and poets for writing books and creating dramas. The power of mass media is known to the world. It has thrown away mighty dynasties and created new empires. Mass media has helped in creating social awareness and has also provided people with an easy way of living life. The print media played an important part in the historical events such as, The Renaissance, The American War of Independence, The French Revolution and many more…

The mass media started evolving as early as 3300 B.C., when the Egyptians perfected the hieroglyphics. This writing system was based on symbols. Later in 1500 B.C., the Semites devised the alphabets with consonants. It was around 800 B.C. that the vowels were introduced into the alphabet by the Greeks.

Many books were written in ancient times, but sources confirm that the first printed book was the ‘Diamond Sutra’ written in China in 868 A.D. But with the slow spread of literacy in China and the high cost of paper in the country, printing lacked the speed required to reach large numbers of people. However, printing technology quickly evolved in Europe. In 1400 A.D., Johannes Gutenberg, a German goldsmith, invented the printing press of movable type, which is said to be based on screw bases. The first book was printed in the year 1453 A.D. One of the books that were printed was, ‘The Gutenberg Bible’. From a single city in Germany, the printing press spread all over Europe, like a wild fire. In 1468 A.D. William Caxton produced a book with the first printed advertisement in England. By the year 1500 A.D., two million copies of books were printed in these countries. In the next hundred years, the printing rose to two hundred million copies.

The Rise of Newspaper

The newspaper developed around 1600 A.D., but it took this form of mass media more than a century to influence the masses directly. The first printed newspaper was “The Relation”. Later, in the year 1690, Benjamin Harris printed the first colonial newspaper in Boston. There was an increase in the circulation of newspaper in the nineteenth century. The first African-American paper titled “Freedom’s Journal” was published in the year 1827. By the end of 1900, print media could be found in the form of books, pamphlets, magazines and newspapers. Newspaper provided all the necessary information about the world for the people at remote locations. Even today, newspapers remain an important global source of information.

The first telegraph line was set in the year 1844 by Samuel Morse. And by the year 1858, the first transatlantic cable was established, making it easier for people to communicate.

The telephone was invented by Alexander Graham Bell in the year 1876 which brought about a revolution in the field of communication. People were now able to sit in the comfort of their homes and chat with friends and relatives across the globe.

Meanwhile, in the year 1885, George Eastman invented the photographic film. The film developed by Eastman helped Gilbert Grosvenor to introduce photographs in ‘National Geographic’ in the year 1899. The print media began losing popularity in the twentieth century with the emergence of televisions and radios.

During the year 1894, the radio was invented by Guglielmo Marconi. Radios worked on the principle of transmission of electromagnetic waves. As the transmission of radio programs began, it became a prominent source of entertainment for the public.

The television was invented by John Logie Baird in the year 1925. The first television transmission was done in the year 1927 by Philo Farnsworth. Walt Disney produced the world’s first full color film “Flower and trees” in the year 1932. It was during the 1950s that the black and white television became a part of the American household. What was earlier in the paper could now be seen audio-visually. Neil Armstrong’s walk on the moon was televised globally in color, in the year 1969. Mass media in this form became technologically dependent and progressed along with developments in fields of electricity, semi-conductors and cathode ray tubes.

In the second half of the twentieth century, the Internet evolved. With the concept of the Internet, the world got globally connected. The e-mail technology developed during the 1970s. It was Tim Berners-Lee who had come up with this idea of WWW (world wide web) in the year 1990. By the year 2004 Internet broadband connected more than half of American homes. Instant message services were introduced in the year 2001. Since its introduction, the Internet has been providing us with information and connectivity. Today, there are more than two billion people who use the Internet. The world is now at our fingertips. With the click of a button we can search for anything we want.

In recent times, the introduction of smartphones has brought about a major change in the lives of people. People do not have to wait for hours to avail valuable information. The portability of this device is an added advantage. Smartphones have specific features such as touchscreen, GPS, web browsers, Wi-Fi connectivity and many more applications which have added comfort and convenience.

Mass media is a super-power that has connected the world in multiple ways. We think of media just as newspapers, televisions and the Internet, but it has been present in some form or the other since hundreds of years. Who knows what forms of communication we may have a hundred years from now? Will mobile phones work on the power of thought? Civilization will progress and its means of sharing intelligent thought will keep evolving over time.