Reality shows are documented and styled in a variety of ways. Inspirational reality TV shows have found a huge fan-following, and continue to receive a positive response from the viewers. This Entertainism article talks about five reality shows that are known to inspire the common man. 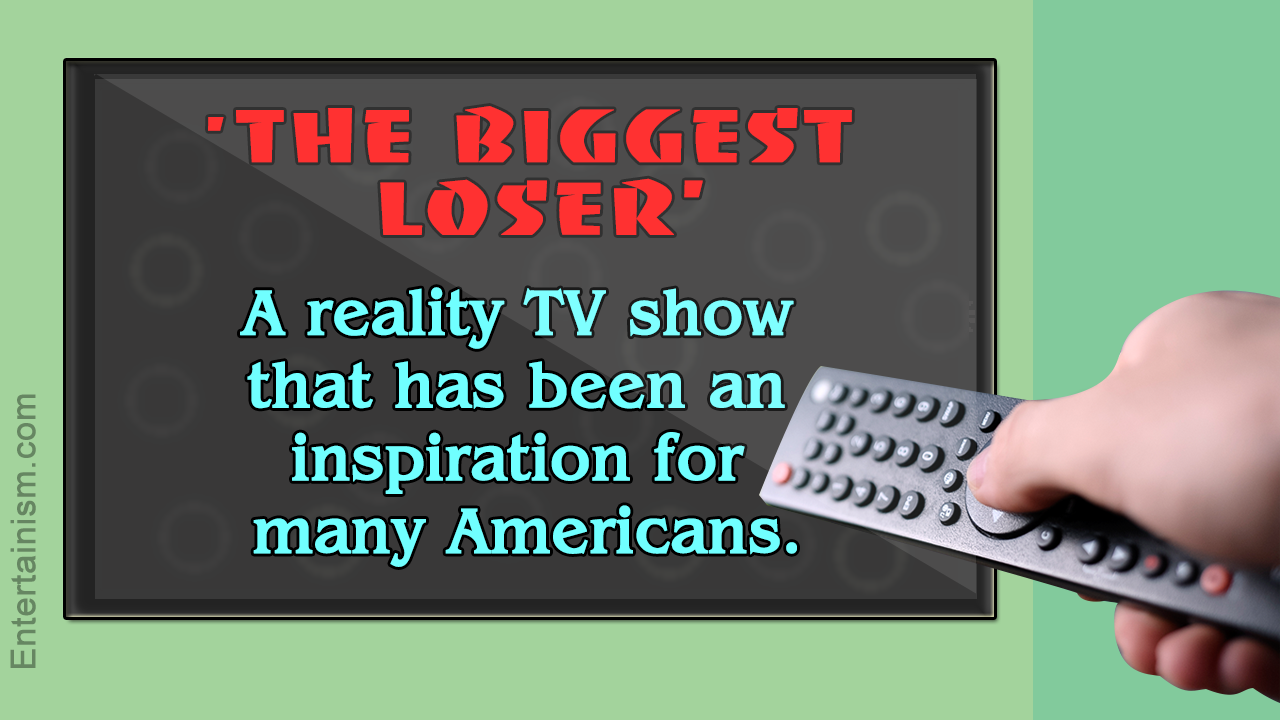 Reality shows are documented and styled in a variety of ways. Inspirational reality TV shows have found a huge fan-following, and continue to receive a positive response from the viewers. This Entertainism article talks about five reality shows that are known to inspire the common man.

“Challenges are what make life interesting; overcoming them is what makes life meaningful.”
― Joshua J. Marine

In today’s image-driven world, we are constantly bombarded with information and images; be it TV, movies, or the Internet. Consequently, a lot of what we see is believed to be true. As far as TV and the Internet are concerned, not all is fictional and make-believe entertainment. There is a lot of stuff that can truly motivate and inspire.

Now, we are not talking about news content and documentaries, but TV shows that provide more than just superficial entertainment to the viewers. Whatever good or bad may have been said about reality shows on TV, one thing is for sure, they are hugely popular. Here, I will be talking about those shows that are not only popular but also offer something more than just entertainment. These shows depict or profile people who inspire and motivate. Viewers can identify with the participants, and tend to get influenced by what is shown on these shows.

While a majority of reality shows receive a lot of flak for their artificial and scripted documentation, there are few that actually inspire the common man. Read about those select few, in this Entertainism article, and who knows you too, may find them inspiring.

The Biggest Loser
The more you lose, the more you win.
Inspires: Self-motivation, self-confidence, healthy living, dedication, and honesty to self.

That’s right. The theme of this reality show centers around participants trying to lose the maximum weight. The contestant who sheds the most number of pounds becomes the ‘Biggest Loser’, and wins the grand prize.

If an award had to be given to the best reality show out there, I would definitely give it to The Biggest Loser. Not only do contestants get rid of the extra, extra fat on them, they also get to be on TV, win money in the end, and inspire all those out there who are fighting their own battle with the scales. Inspiring healthy living in American citizens, this show (Season 15 scheduled in Sep. 2013.), has been a huge success, and continues to do so.

The Amazing Race
I don’t care if we are related. I’m in it, to win it!
Inspires: Self-confidence, willingness to move forward, teamwork, dedication, desire to win, and courage to push oneself beyond limits.

A treasure hunt that is played across cities and continents, The Amazing Race involves 12-13 pairs or teams who race from point A and reach point B. And the team or pair that reaches the destination first is declared the winner. Without going into too much detail, the format of the game involves traveling to a mentioned location via the means available, and completing tasks or taking detours to obtain clues that would lead them to their next destination. The pair or team that reaches a particular destination last are eliminated.

So much so for the format. To me, what this show actually depicts is the teamwork and coordination shown by individuals in a team. They (the contestants) crib, argue, curse, and sometimes, cheat; emotions and feelings that we all experience, yet persevere and reach their desired destination. The best thing about the show is that it promotes the values of teamwork, courage, and the willingness to move forward. The contestants on the show come out as stronger individuals, ready to face any obstacle that blocks their way.

America’s Got Talent
Let my talent do the talking for me.
Inspires: Hard work, perseverance, belief in self, and passion for success.

This show lets amateur performers and wannabe celebrities from all walks of life showcase their talent, hidden or otherwise, through song, music, dance, comedy, and other entertainment styles. In the process these participants compete against each other to impress the judges and audience who select the winner based on who makes the biggest and the best impression.

America’s Got Talent provides the biggest platform for ordinary individuals with extraordinary talent or gifts. This show is testimony to the fact that a common man can truly realize his dreams. It inspires viewers by showing them, that if you have got the will and passion, then you can achieve the unthinkable.

Extreme Makeover: Home Edition
Pick yourself up, dust yourself down. Better things are coming, there’s no need to frown!
Inspires: Faith, happiness, never say die attitude, hope, and the courage to move on.

The Home Edition of Extreme Makeover provides a new start in life in the form of home improvements or a home makeover for the less fortunate. The show helps those who have lost their homes to natural disasters or mishaps, or lost a family member.

Each episode of the show highlights and helps address certain issues facing American society. The family that is profiled in the show draws attention to specific problems, and how they, as a family, have faced it. Why does it inspire me? The show, to me, is an example of what real society should be; a place where people contribute to the well-being of others. It also promotes thinking about others and helping those in need.

This American reality television series follows the days and lives of the Roloff family based in Portland, Oregon. In the six-member family of Matt and Amy (the parents), Zach, Jeremy, Molly, and Jacob; Matt, Amy, and Zach are diagnosed with dwarfism. The other three members are of average or above average height. The series showcases episodes in which the Roloffs encounter instances where routine activities need to be handled in a special way due to the difference in height.

This one-of-a-kind show portrays the difficulties people suffering from dwarfism face, and the way in which those difficulties are positively overcome. It shows us how greatness does not lie in size and physical being, but in the hearts and mental strength of people. The show portrays this fact beautifully, by telling its viewers that dwarfism is not a shortcoming, and that people diagnosed with the same can lead perfectly normal, healthy, and happy lives.

Pablo Picasso once said, “Inspiration exists, but it must find you working”. Looking for inspiration? Reality TV shows might just be your cue. Watch these reality shows (or you could even participate in one) to find out what feeds your inspiration meter and drives your adventurous spirit.