The reach of cinema is global today, making it a universal language across regions and cultures. The underlying themes are so personal that people often see their own stories being told through these movies. Mental disorders is one such subject. This article talks about some of the best movies about mental illness. 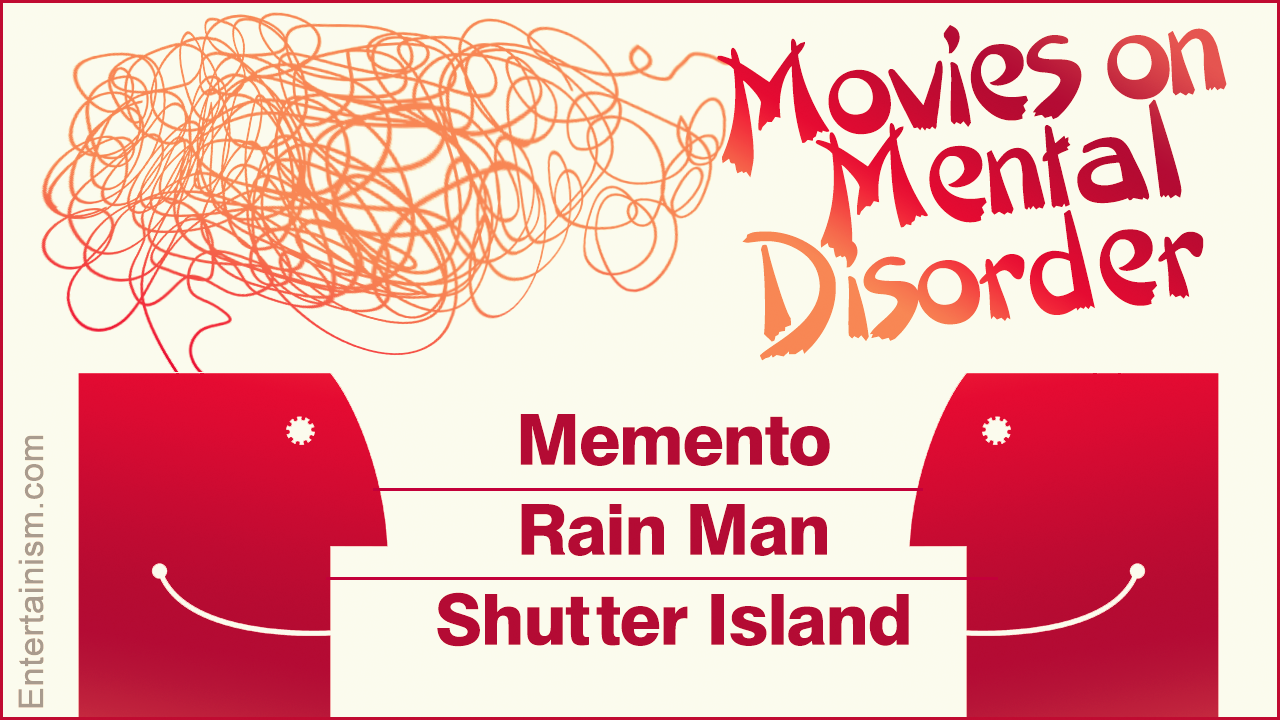 The reach of cinema is global today, making it a universal language across regions and cultures. The underlying themes are so personal that people often see their own stories being told through these movies. Mental disorders is one such subject. This article talks about some of the best movies about mental illness.

Common Myth
In movies, mental disorder is frequently associated with violent behavior. Although, in reality, such cases are very few in number.

Movies have always been a medium of self-reflection for people from almost every walk of life. Cinema has the power to move, inspire, and entertain. At the core of any movie lies its most significant element: characters. They bring in the much-needed human element in every story, and allow us to live and empathize with characters who bring out our deepest emotions and experiences. A psychological disorder is an often-used element in the telling of a story in movies. Some are portrayed in a downright realistic manner, whereas others are stylized to go with the tone of the film. But very few movies are able to get into the psyche and have the power to move the viewer emotionally. Nevertheless, there have been some great movies about mental disorders one should not miss. The following 10 movies (in no particular order) which have dealt with mental disorders in their own unique way, makes them a must watch for all.

Although relatively unknown, ‘”Clean, Shaven’ is a film that takes the audience into the mind of a schizophrenic man. It garnered critical acclaim for its use of sounds that bring out the psyche of the movie’s main character, Peter Winter (Peter Green) is a schizophrenic father trying to make a trip to get back to his daughter from an earlier marriage. The movie mainly revolves around Peter’s travels, during which, he also inadvertently becomes a suspect in a case of the murder of a young girl.

The story opens with Charlie Babbit (Tom Cruise) one fine day discovering about his father’s death, with whom he has had no contact for years. He goes on to discover in his will that his father has left behind a fortune, not for Charlie, but for an unnamed trustee. He later finds out that the money is being directed to Raymond (Dustin Hoffman), who he discovers is his autistic older brother and had been staying at a mental institution all his life. What follows is a wonderful depiction of change, acceptance, and an amazing journey of discovery.

This is a movie that was way ahead of its time, be it in terms of the content, the acting, or the themes. The story centers around Blanche DuBois (Vivien Leigh) is a disturbed woman who moves in with her sister Stella Kowalski (Kim Hunter) and brother-in-law Stanley Kowalski (Marlon Brando) after going penniless. The character of Blanche is explored convincingly, as the story unfolds and events take action. Her past, her present, her downfall; all make up for an excellent watch for this multiple Oscar winning movie.

Christopher Nolan’s early masterpiece, Memento, is about Leonard Shelby (Guy Pearce), a former insurance investigator who has anterograde amnesia, a condition characterized by not being able to make new memories. What stands out for the movie is its structure. The story is told in two parallel timelines, one of which runs backwards. With an intention to put the audience in Leonard’s head, Christopher Nolan has used this device as cleverly as it could have been. Apart from a head-scratching and equally engaging story, the movie is very well supported by an excellent cast, comprising Joe Pantoliano and Carrie-Anne Moss in the roles of Teddy and Natalie.

Shutter Island has that perfect setting which will suck you in and take you for an exciting and equally mysterious ride. Edward Daniels or ‘Teddy’ (Leonardo DiCaprio) has come to Ashecliffe Hospital for the criminally insane, along with his new partner Chuck Ale (Mark Ruffalo), investigating the disappearance of a patient called Rachel Solando. Wonderful, and at times bizarre imagery put forth by Martin Scorsese gets you even more curious as the story progresses, and gets you by surprise with a jaw-dropping climax.

Pat Solatano, Jr. (Bradley Cooper) is released from a mental health facility after eight months of treatment for bipolar disorder. He stays with his parents, and soon finds out that his wife Nikki has moved away. The crux of the story, as the title suggests, is about seeing the good (silver lining) in every situation. The way this film approaches its characters and their situations is in itself pretty unique, with the help of an amazing cast which includes Jennifer Lawrence, Robert De Niro, and Jacki Weaver.

Based on the life of John Nash, a Nobel laureate in economics, this movie was among the few to have dealt with such a sensitive subject matter in a responsible manner. John Nash (Russell Crowe) is a genius mathematician, who has arrived at Princeton University as a co-recipient of the prestigious Carnegie Scholarship. He is always looking for something original in his work, and it is fascinating to see where he gets his inspirations from. It is quite often tricky when a film based on a true story and real people is to be made, but given the expertise of director Ron Howard, and amazing performances by the actors, A Beautiful Mind makes up for a beautiful film!

Fight Club is a movie known particularly for its visual approach. The main character, Norton (Edward Norton), is a traveling automobile company employee. He is suffering from insomnia, and on his doctor’s advice, starts visiting support groups. Once on a flight back from a business trip, he meets and befriends Tyler Durden (Brad Pitt). Immediately after, he comes home to find out it has been destroyed in a gas leak explosion. He calls Tyler seeking for a place to stay. This marks the beginning of the Tyler-Norton partnership, and the crazy turn of events that take place. Although highly stylized, this movie keeps you at the edge of your seat, with its crisp narrative and amazing visuals.

Psycho was one of the earliest movies to have used psychological disorders as narrative elements in a story. The brilliance of Alfred Hitchcock lies not only in what he puts on screen but also how he puts it. Marion Crane (Janet Leigh) decides to steal money entrusted upon her and flee town. On her way, she pulls over at a motel to spend the night. Here, she is introduced to young Norman Bates (Anthony Perkins), who owns and runs the motel. The story progresses in unexpected ways, surprising the audience at every turn. Psycho is revolutionary in many ways, and still continues to be a favorite among horror film lovers.

One Flew Over the Cuckoo’s Nest

One Flew Over the Cuckoo’s Nest is one of those rare films which have been able to realistically present the setting of a mental institution. Randle Patrick McMurphy (Jack Nicholson) is transferred to a mental institution for evaluation. During his stay, he meets the other patients and Nurse Mildred Ratched (Louise Fletcher). The film is metaphorical at various levels and deals with various themes through its characters and their actions. The film was lauded by critics around the globe upon its release, and went on to win all five major Academy Awards that year.

It is always difficult to compile a fair list, especially on a theme that is as subjective and sensitive as this. There will surely be other fascinating movies on this topic; so feel free to add a movie that you feel is worth a mention, in the comments section below.