Finally Revealed! An Epic List of Top 10 Movies of All Time

Hundreds of movies get release every year, however, there are only a few among those that capture our minds, mesmerize our senses, and remain fresh in our memory for years. Let us go down the memory lane and recapture the essence of some of the most popular movies.

Home / Movies / Finally Revealed! An Epic List of Top 10 Movies of All Time 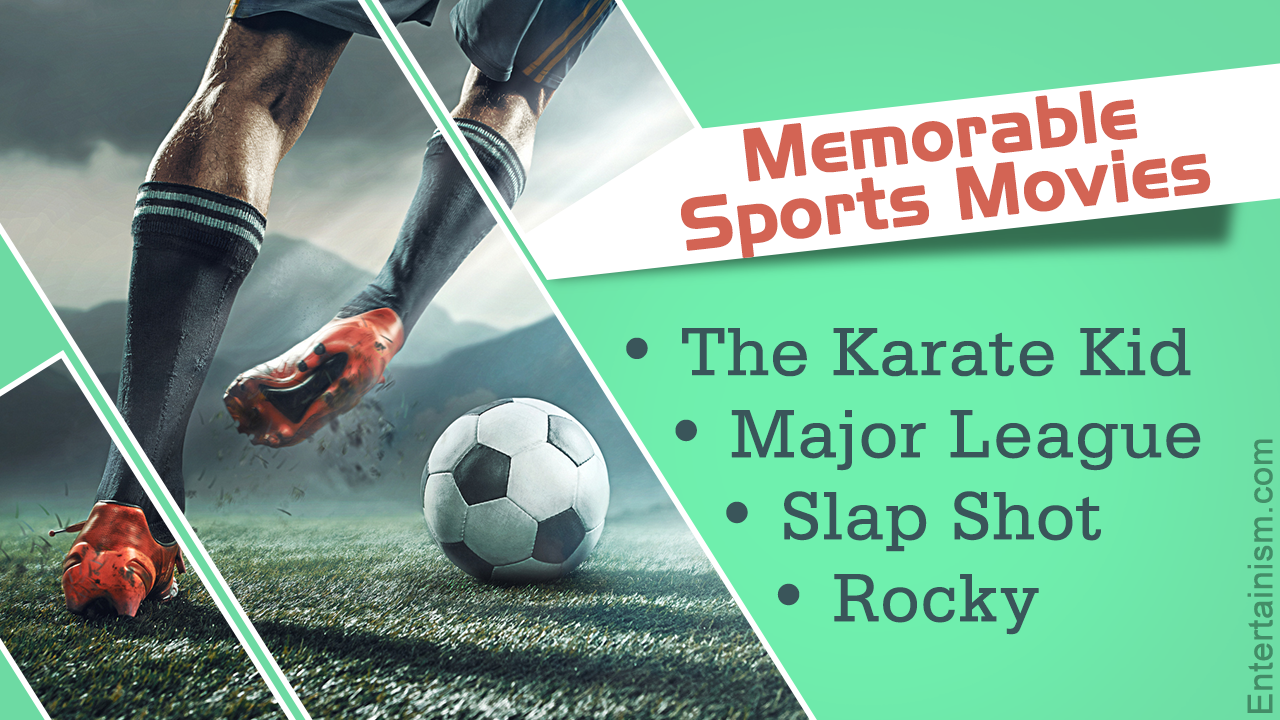 Hundreds of movies get release every year, however, there are only a few among those that capture our minds, mesmerize our senses, and remain fresh in our memory for years. Let us go down the memory lane and recapture the essence of some of the most popular movies.

‘Gone with the Wind’ is the highest grossing movie since 25 years.

Watching movies is a great way of keeping oneself entertained. Moreover, movies are further classified into so many genres, and each genre has movies which have captured the hearts of the audience, since the time of their release. Apart from this, there are also movies which did not do well in the theaters, but were actually loved by the viewers.

With little over five hundred movies made each year, and each outnumbering the other in one aspect or the other, it is really difficult to announce a winner. However, here, we have managed to bring together the top 10 films which continue to entertain people even today.

* Before I start with the list, I want you to tell you that this list may not contain the movies that you consider to be the best. As this list requires a mention of only the top ten movies, the selection amongst the long list of really good movies of all time has been a difficult one.

“Oh, come on, ladies. God wouldn’t have given you maracas if He didn’t want you to shake ’em.”

When Penny (Cynthia Rhodes) said this in Dirty Dancing, she not only generated interest but also inspired a lot of people to put on their dancing shoes! Movies likeStrictly Ballroom, Flashdance,Footloose, etc., inspired us to “Follow our Dreams”. Passion is what every dancer needs, to give a splendid performance and that’s exactly what our dance movies showcase. Even with big names in these movies, dance was always the protagonist. 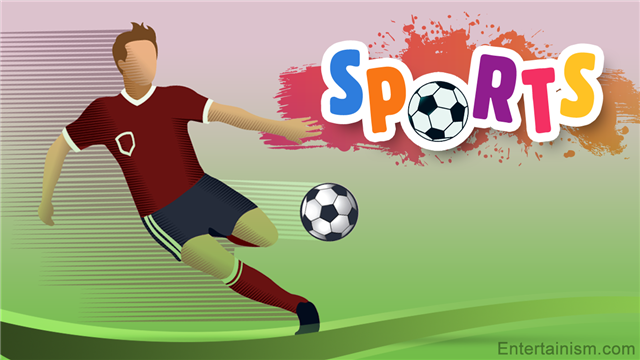 Sports have always inspired filmmakers and as a result of this, we have some truly motivating and path-breaking movies made in this genre. From hockey to football, and from boxing to martial arts, our movies have them all! Such is the impact of these movies that there was a landmark statue built in Philadelphia forRocky.

Some movies even roped in real life sports stalwarts to play themselves. With the largest medium of communication across the globe, these movies have helped dying sports regain their popularity.

Crime movies are gripping and frightening at the same time! When Buffalo Bill was introduced in The Silence of the Lambs, many were shaken by the character. The impact that these movies have on the minds of the audience, is tremendous. Such movies also give us an insight in the minds and lives of convicts as well as victims! Some of these scripts are also based on real life incidents that are dealt rather sensitively, so that they don’t hurt anyone’s sentiments.

The latest technology in the town is 3D and our filmmakers are making a good use of it! In 1939, the first commercial 3D film In Tune with Tomorrow was released, and the first animated 3D, The Polar Express, was released in the year 2004. However, undoubtedly, the popularity of this genre of films increased manifold with the release of James Cameron’sAvatar.

There’s nothing more relaxing and pleasing than soothing music. Many of our music films have, therefore, have achieve great success, and have become highly popular.

There are so many musical movies that have topped the charts over the years like Sound of Music,Broadway Melody Series,Band Wagon, etc. 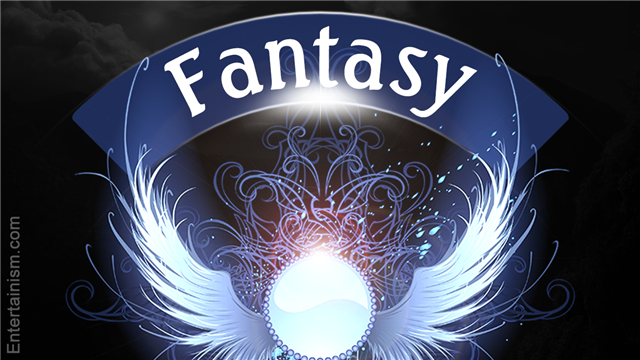 Have you ever thought about flying alien ships? Even before we could think on these lines, our storytellers in Hollywood made wonderful movies on these concepts. From romancing vampires to boy wizards and space wars to pirate fights, you name it and there’s a movie on the same. The depiction of these characters is so real that we sometimes forget that they are fictional!

“So it’s not gonna be easy. It’s gonna be really hard. We’re gonna have to work at this every day, but I want to do that because I want you. I want all of you, for ever, you and me, every day. Will you do something for me, please? Just picture your life for me? 30 years from now, 40 years from now? What’s it look like? If it’s with him, go. Go! I lost you once, I think I can do it again. If I thought that’s what you really wanted. But don’t you take the easy way out.” – Noah (Ryan Gosling) to Allie (Rachel McAdams)
The above quote says it all…love is all we need!!

Simple stories, real-life characters, normal situations, all these sum up most of the movie plots in this genre. The story is told in a straightforward manner with the storyline moving at a medium pace. Some of the characters like Michael (Al Pacino) or Will Hunting (Matt Damon) have been immortalized, such is the impact of these movies.

War movies have always been inspired by the real-time wars. The sentiments and the emotions of the soldiers and their families shown in these movies are heart-warming. Some Oscar winning movies like Pearl Harbor, The Longest Day, Inglourious Basterds,etc., belong to this genre.

Showcasing one’s life on the silver screen is no child’s play! Our filmmakers have time and again sneak-peeked into the lives of some of the most famous personalities in history. Be it Abraham Lincoln or Mahatma Gandhi, we have biopics made on all of them. And yes, they are commercially successful too.

What better way to know about it than our movies! Some of the most famous historical characters and events have inspired our filmmakers over the years, and their greatness and strength of character have been beautifully replicated in these movies.

Do you have a weak heart? Then you better stay from these movies, else your health condition may worsen! Our filmmakers have made some of the scariest movies, that are sure to give you sleepless nights for a long time.

Entertainment is the sole reason for watching movies, and what better genre to release your stress than comedy! From Rom-Coms to slapstick comedy, this genre has it all. After watching these movies, you are sure to fall off your chair, laughing. Check out this one:

“There’s no reason to become alarmed, and we hope you’ll enjoy the rest of your flight. By the way, is there anyone on board who knows how to fly a plane?” – Airplane (1980) – Elaine Dickinson (Julie Hagerty)

From the fist animated movie, our films have come a long way! The quality of animation has improved so much that now even popular stars are giving their voices to the characters. Angeline Jolie was the voice for Tigress in the first Kung-Fu Panda movie. Like the mainstream movies, sequels are made for this genre as well!

“The name’s Bond..James Bond!” This line needs no introduction or explanation! Such is the fan following of action movies. Most action movies have an overwhelming response, and action heroes are worshiped above all others. With so many classics in this genre, it is extremely difficult to list out a few best…

Starring: James Bond played by Sean Connery in Dr. No, From Russia With Love, Goldfinger, Thunderball, You Only Live Twice, Diamonds Are Forever, Never Say Never Again; George Lazenby in On Her Majesty’s Service; Roger Moore in Live and Let Die, The Man with the Golden Gun, The Spy who Loved Me, Moonraker, For Your Eyes Only, Octopussy, A View to a Kill; Timothy Dalton in The Living Daylights, Licence To Kill; Pierce Brosnan in Goldeneye, Tomorrow Never Dies, The World Is Not Enough, Die Another Day; Daniel Craig in Casino Royale, Quantum of Solace and Skyfall

Science fiction has always caught the eye of our filmmakers. There have been hosts of movies based on scripts involving the unexplored world of dreams, robots, etc. Given the scope this genre has, there are many more superb movies waiting to be made!

Though pretty similar to the action genre, there are a few specifically made adventure movies in the recent times like, Indiana Jones, Jaws, etc. In these movies, a lot of attention has been given to details like sets, backdrops, etc. This is a combined genre which includes period films, alongside sci-fi and war movies.

If the lists didn’t match or your favorite movie didn’t make it to our list, feel free to add the same to our comments section and we will update our list accordingly. Till then, happy movie watching!