Korea has some of the world's best collection of romantic movies. They have an intense storyline, heartbreaks, a bit of comedy, and of course, love and romance. This Entertainism post brings you some of the best romantic Korean movies that you won't regret watching. Check 'em out! 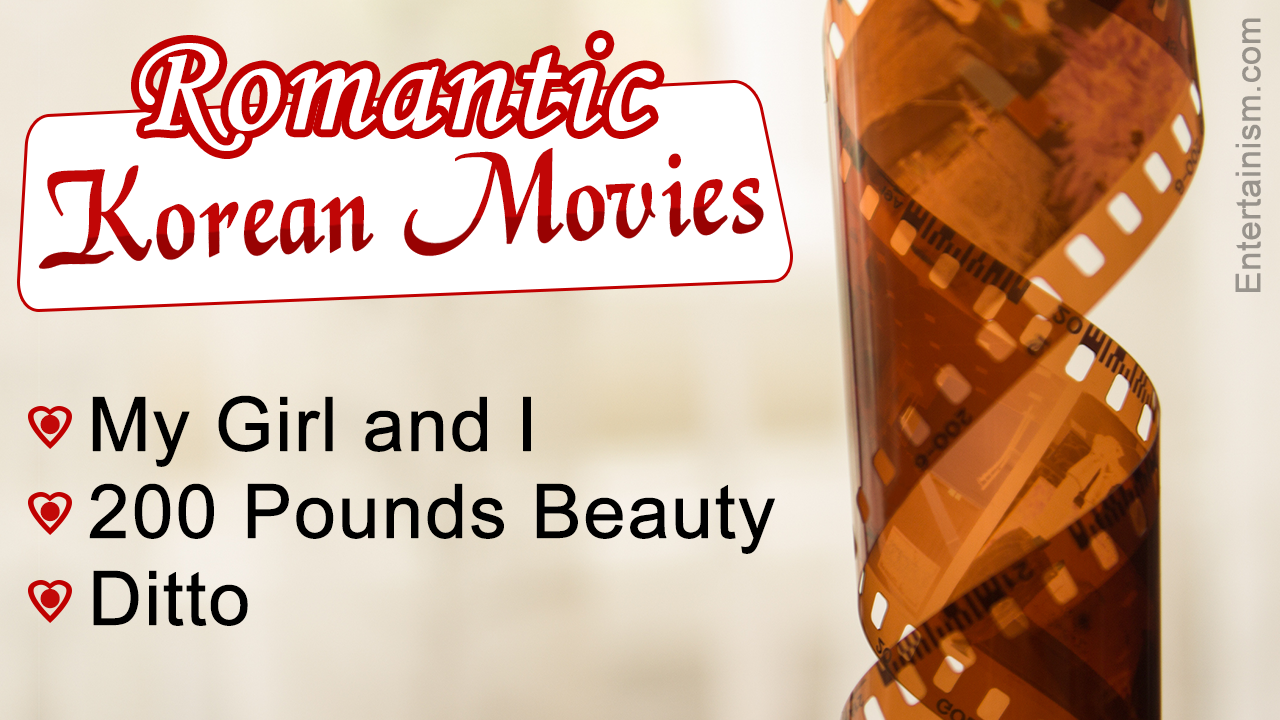 Korea has some of the world’s best collection of romantic movies. They have an intense storyline, heartbreaks, a bit of comedy, and of course, love and romance. This Entertainism post brings you some of the best romantic Korean movies that you won’t regret watching. Check ’em out!

In South Korea, positive and negative traits are attributed to each blood type. In fact, there is even a rom-com by the name, My Boyfriend is Type B. It is about a Type A girl who falls in love with a Type B boy, and how she deals with his impulsive nature.

Watching movies can relieve you of the stress and tension that take a toll on you after a long, hard day at work. They take you into a different world all together. What better can a weekend get that is spent watching romantic movies with your ‘special’ someone? Or you can even plan a movie date for him/her with some Korean drama. Rom-coms make the perfect combination to spend the day.

Korean movies became popular all over the world in late ’90’s and early 2000s. They are surely movies with a class. They keep you captivated throughout and present some of the best pairs onscreen. If you haven’t yet watched any Korean movie yet, then give it try. You may just find yourself choked to tears or have butterflies in your stomach at the end of the movie.

Check out the list of top romantic Korean movies and some famous lines from them that you just can’t miss!

This movie was a huge hit and has everything that a romantic movie should have. It is a perfect love story set in the modern period along with some amazing comedy. It was an inspiration from one of the famous Internet novels. It was later made into a Hollywood film that released in 2008 with the same name. It is about a guy, Kyun-woo, who meets a drunk girl at a platform. He saves her from falling off, starts developing a sense of responsibility towards her, and eventually falls in love. The guy is sweet and understanding, and the girl is crazy and rude. Their struggles in their relationship keep you hooked on to your seats in anticipation of how their relationship will work out in the end. It is touching, romantic, and, of course, hilarious as well. Find out what happens further when you watch this movie!

“Fate is building a bridge of chance for the one you love.”

This movie was a big success not only in Korea, but Japan as well. It is about a young, married couple who struggle to keep their relationship going while fighting with the wife’s Alzheimer’s disease that slowly destroys her memory. The movie shows the love of a devoted husband who tries to capture perfect and last moments of their love. Watch it for their commitment to stay together as her disease progresses. The movie is poignant, moving, and may lead you to cry buckets of water. So, keep those tissues ready!

Cheol-su: “If you forget everything, I’ll pop up out of nowhere. Like now. And I’ll hit on you. You won’t be able to turn me down. We’ll start anew every day. Like permanent dating. Awesome, isn’t it?”

This movie was a remake of the Japanese film, Crying Out Love, In the Center of the World. It is a heartwarming story about a young man who still loves his girlfriend who died of a disease, and can’t let go of it. He goes back to his hometown after 10 years for a reunion with his friends in high school, which is where he also remembers his love story. The whole movie is a series of flashbacks. It has tragedy, heartache, tears, nostalgia, and love. You will love it and surely be moved to tears after watching this movie.

Su-ho: “As long as I’ve been living, there’s never been a day without you. And there will never be.”

It is said to be a prequel of the film, My Sassy Girl because of some elements that are connected to the latter. However, it is not a complete prequel, and is different and charming in its own ways. The movie is about two different people, a female cop and a male teacher, and how their destinies shape up when they fall for each other. He accidentally gets killed and she falls into suicidal depression over his death. Watch this movie to know the outcome of their love.

A really worthwhile movie, it puts a question mark on the standards of beauty. It is quite a touching story with a great lesson that all of us should learn. This movie is about a girl, Han-na, who is an extremely talented and famous pop singer, but with poor self-esteem issues because of her appearance and weight. She has a crush on her company’s director, but has always been ignored. After being humiliated by the Ammy, for whom she is a ghost singer, she decides to get a full-body plastic surgery done. This movie is full of courage and love. Don’t miss out on it!

“You broke my heart, tissue won’t fix it.”

This movie was remade into a Hollywood movie in 2006 with the name The Lake House. It is about a girl and a boy who live in the seaside house, but two years apart in time. They start communicating through a mailbox by exchanging letters. Confused, right? Watch the movie to know what happens and how they finally meet. Their love story is deeply moving, and leaves a long-lasting impression and emotions.

Eun-joo: Love is a self-inflicted pain.
Sung-hyun: Do you have a memory that you wished you can just abandon?

This movie is about a boy who is a typical rich-spoilt brat. He is arrogant, attends parties, and supposed to inherit his grandfather’s fortune on his 19th brithday. However, before doing so, he needs to transfer to a new school and graduate. Until then, he is denied access to his penthouse, cottage, and credit cards. And if he fails to graduate, he loses everything. He meets a girl at the new place, who suffers from a terminal disease. They don’t hit off initially, but start getting closer with time. It is a deep, moving love story. Find out what all he does for her and how he copes up after knowing about her disease.

It is a science-fiction romance film about two high-school students who are separated in time. One lives in the year 1979 and the other in 2000. They somehow communicate with each other with the help of an amateur radio, and eventually fall in love. It may seem similar to Il Mare, but is very different. So, what’s the outcome of their love? Watch the movie right away! It is a beautiful and touching movie.

As you told me, I wanted to find out if he was my destination. But I didn’t think it was right. So I let go of him from my heart. And I walked for a long time.”

This movie received many awards and appreciations. It is an amazing love story about a girl who comes to Korea to live with her relatives after losing her parents. She is forced into an arranged marriage with a stranger who is an old gangster. Over time, he starts showing off his affection for her. It is a film that is heart-wrenching, beautiful, well-perceived, and told from both sides. Watch the movie to find out how their faint love for each other shapes up.

This movie is also based on a popular Internet novel. It is a funny romantic comedy about a girl, who dumps her boyfriend just before completing their 100 days of anniversary, and meets a guy when she kicks a can that accidentally hits him in the face and damages his car. He demands $3000 for the damage, but she escapes, leaving the wallet behind. He then stalks her and they make an ‘Enslavement Agreement,’ wherein she would have to run his errands and do other tasks for him for 100 days. But soon she finds out that the damage cost only $10, and decides to take revenge. Funny and filled with romance, this movie is a must-watch!

So, there you go! These were some of the best romantic Korean movies of all time. What are you waiting for? Go ahead and grab a DVD right away. And don’t worry if you don’t understand Korean language! All are available with English subtitles as well. We hope you’ll watch each and every one of them. If you feel we have missed out on any, then please feel free to drop them in the comments section below. And also, let us know your favorites too!