Parenthood is a wildly popular television show on NBC that depicts four siblings, their parents, and their children as they move through life. 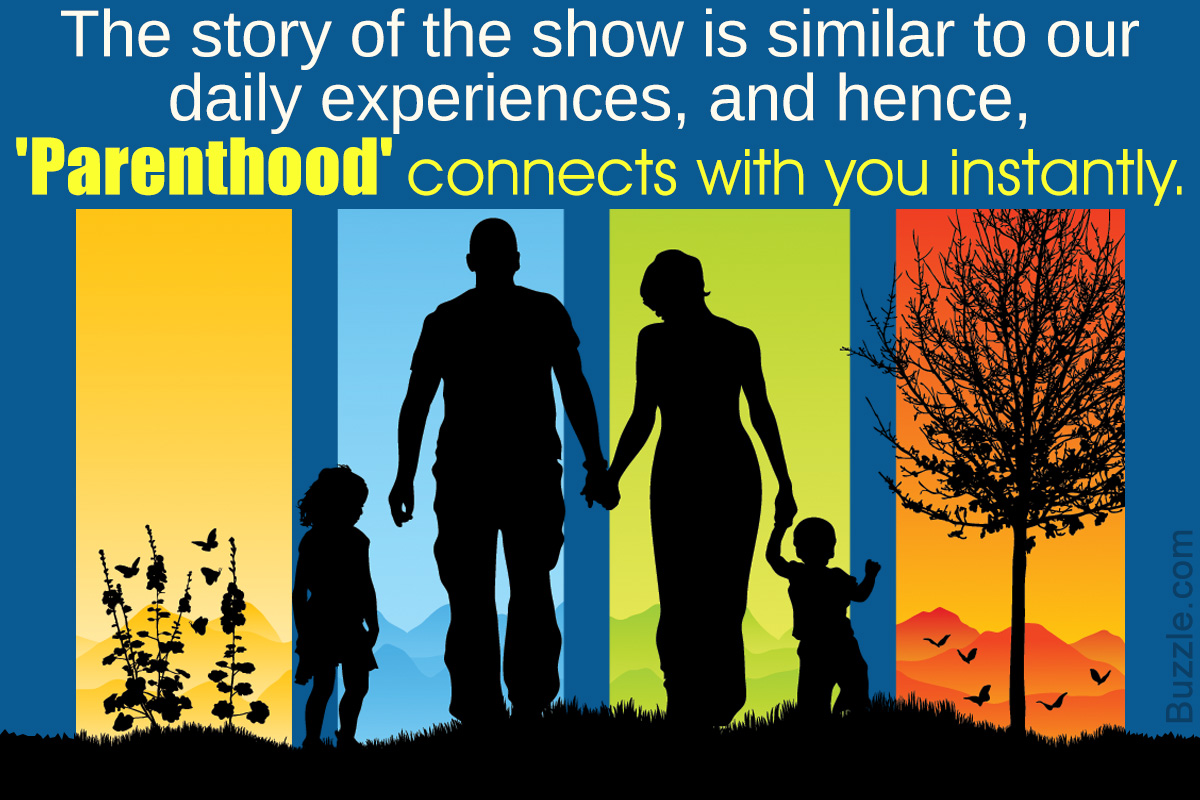 Parenthood is a wildly popular television show on NBC that depicts four siblings, their parents, and their children as they move through life.

In 1989, a film titled Parenthood was created. In 2010, the first season of Parenthood, a television show loosely based on the previous film, began on NBC. Since its premier, it has garnered a wide audience and critical acclaim, mostly due to its careful handling of sensitive subjects, many of which almost all families face in everyday life.

From autism to college, gifted children to sex, Parenthood has something to say about almost every situation a modern family might face.

The cast of Parenthood is star-studded to say the least. Craig T. Nelson of Coach fame plays the family’s patriarch, Zeek Braverman. He’s married to Camille Braverman, played by Bonnie Bedelia. You might recognize Adam Braverman, the oldest of the Braverman children, from Six Feet Under.

His character is married to Kristina (Monica Potter) and father to Haddie (Sarah Ramos), Max (Max Burkholder), and Nora. Max has Asperger’s, a form of autism, and much of the show deals with this family’s struggles to deal with that. Lauren Graham, formerly from Gilmore Girls, plays Sarah Tracey Braverman, the family’s second child.

She has two children, Amber Holt (Mae Whitman) and Drew Holt (Miles Heizer). Dax Shepard plays Crosby Braverman, the unmarried son of the family, but he has a son named Jabbar with Jasmine who is played by Joy Bryant.

Parenthood follows the aforementioned Braverman family through many different trials and tribulations. We see Zeek and Camille struggle through near financial ruin and infidelity, though they eventually work out their issues and manage to keep their family together.

In Adam and Kristina’s family, we are able to view their struggles with Max’s Asperger’s – a situation the show handles incredibly well. Haddie, the couple’s older daughter, is a great student and is accepted to her dream school.

But after Adam is laid off and has to find a new job, and due to the expenses of Max’s specialized education and the unexpected addition of Nora to their family, they’re not sure how they will afford to send her. Sarah’s character married an unstable musician whom she left to give her children a new life.

She moved in with her parents, Zeek and Camille, and we see them struggle through Amber’s rejection from college and Drew’s first girlfriend. Joel Graham, Julia’s husband, has to work through the fact that he is out of work as a contractor due to the economy, and that he’s staying home playing “mom” while Julia is at work bringing home the bacon.

They also try to have a second child, but cannot, so plan to adopt. We also see Crosby trying to be the best dad he can to Jabbar, who he only finds out about four years after he was born.

He intends to marry Jabbar’s mother, Jasmine, only to fear settling down and back out. These situations are all similar to what we might see in real life, and therefore, the show is very popular.

Most of the reviews for the show have been positive. Alan Sepinwall wrote in the Newark Star Ledger that, “Parenthood isn’t an instant classic, but it’s smart and warm and knowing, and it casts its net so wide that at least part of it should connect with you.”

This is an accurate description of the show itself. The characters will find their way into your heart, and you will probably be able to find yourself in at least a piece of the show.