The list presented below covers some of the scariest Asian horror films. Most of these films have been acclaimed by critics and they also enjoyed success at the box office. 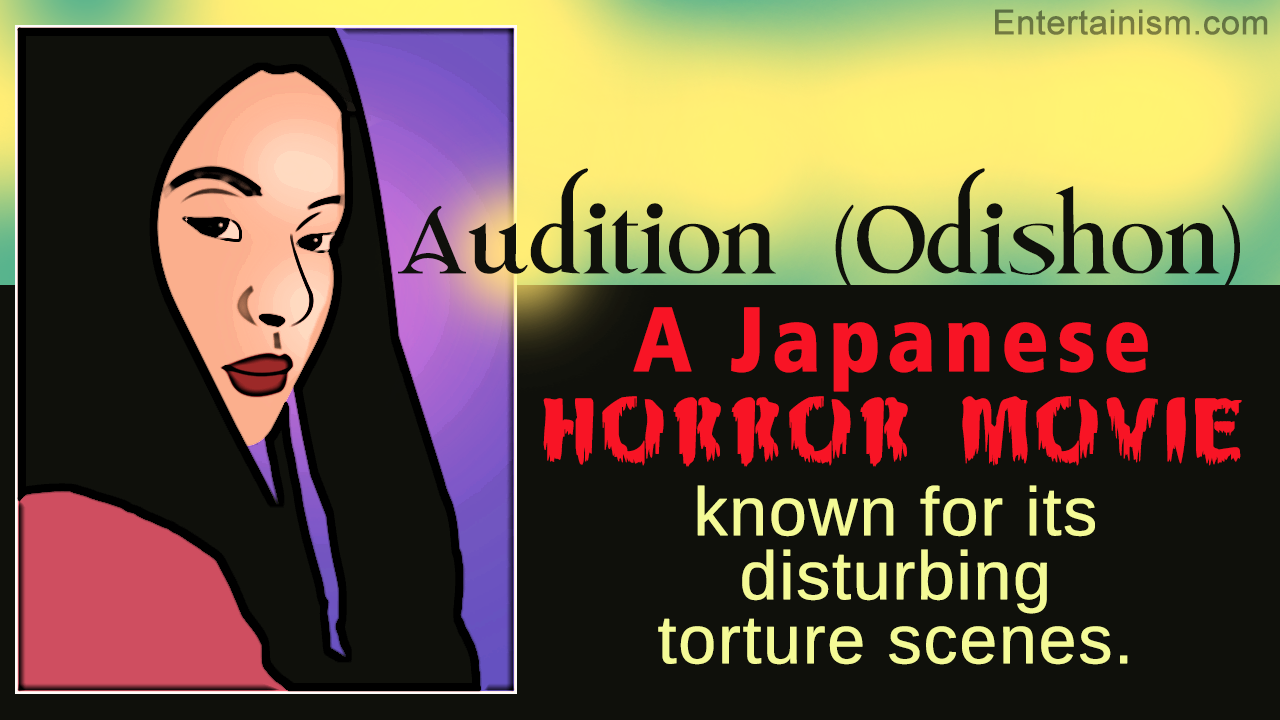 The list presented below covers some of the scariest Asian horror films. Most of these films have been acclaimed by critics and they also enjoyed success at the box office.

J-horror or Japanese horror is known for the kind of filmmaking which involves building up suspense. J-horror relies more on bringing out deep-seated fears in the mind of viewers, than just offering them gory visuals seen in typical horror movies.

Movies made with the purpose of eliciting emotions like fear and terror are known as horror movies. Stories of such films mostly revolve around death and supernatural phenomena. Horror movie-making has undergone a sea change in the last 10-15 years. Nowadays, horror movies are more like psychological thrillers.

There is great variety and innovativeness in the manner with which horror movies are made these days. Movies from the 80s decade made use of gory visuals to create grisly scenes. Movies released in the late 90s and after 2000 were known for invoking fear by means of building up suspense. However, the disturbing scenes too retained their importance. Movies like ‘Audition’ are best known for such kind of visuals. Here is a list of the scariest Asian movies.

Directed by Kenji Mizoguchi, ‘Ugetsu’ was released in 1953. Unlike typical horror movies, this film doesn’t have scary scenes. The different ways in which men (in general) inflict horrors on women are portrayed in ‘Ugetsu’.

This Japanese horror film, released in 1999 and directed by Takashi Miike, is known for its disturbing and grisly torture scenes. Such was the impact of horror scenes of the ‘Audition’ that few of the viewers had to be hospitalized out of terrible shock. Even Rob Zombie and John Landis, the famous horror film directors found it difficult to watch this film.

The ‘Ring’ is a Japanese horror movie released in 1998 and directed by Hideo Nakata. This film is considered as one of the best horror films of today’s times. The story goes that a mysterious videotape, which, after being watched, leads to death of the viewer in a week’s time. Unveiling the horror which lies beneath the most ordinary and insignificant things is the specialty of this film. ‘Ring’ is based on a simple idea which is executed effectively.

‘Shutter’ is a Thai horror movie released in 2004. The story of this film revolves around the character of a female spirit looking for vengeance. The smart use of sound and visual effects made in this film is its specialty. The scenes related to appearance of ghosts in photographs are effectively portrayed by the director.

This movie is based on ‘Floating Water’, a short-story by Koji Suzuki. Directed by Hideo Nakata, ‘Dark Water’ was released in 2002. This film is a story of a mother and daughter who have moved to a haunted apartment. Strange events unfold during their stay in the apartment. Finally, they witness the ghost of a girl who used to lived in the apartment. The English remake of Dark Water was directed by Walter Salles.

The ‘Song at Midnight’ is a Chinese horror film released in 1937. This movie, which is based on ‘The Phantom of the Opera’ of 1910 was placed amongst the ‘best 100 movies of China’. A young Chinese opera singer is the central character of this film.

It is a 2002 Hong Kong-Singaporean-Thai film directed by Pang Bros. As the story goes, a blind violinist regains vision after a corneal transplant and starts seeing horrifying events (which others are unable to see). His struggles to adjust with this newfound vision form an important part of this movie. The depiction of the violinist’s state of confusion whether the horrifying scenes are real or just illusions is one of the highlights of ‘The Eye’. This film portrays the extremes to which a human mind can wander and the atrocities it can inflict on others.

This Filipino horror movie was directed by Yam Laranas; it was released in 2004. The Echo is a typical ‘haunted house’ kind of movie in which thematic cues were used to create frightful sequences. The camera work in this movie is rightly balanced with the lighting.

A year 1998 release, ‘Whispering Corridors’ is set in a Korean school with an authoritarian approach towards education. As the story goes, a student named ‘Jin-ji’ has died in the school 10 years ago. The ghost of Jin-ji haunts the new students. It is observed that deaths of students are often associated with mysterious occurrences of this ghost. A friend of Jin-ji, now a teacher in this school, tries to uncover the mystery underlying these deaths. ‘Whispering Corridors’ is a typical Asian horror movie loaded with tense scenes. Ki-hyeong Park has directed this film.

A Korean movie released in 2003, ‘Wishing Stairs’ is set in a high school. It is a story of two friends who encounter horrific events in the school. As the story goes, there is a dormitory in the school with 28 stairs leading up to it. However, upon reaching the 28th stair, a 29th stair appears automatically. Upon stepping on the 29th stair, strange things begin to happen.

It is one of the scariest horror movies from India. Veerana was made by the Ramsay Bros. in 1988. The story of this film revolves around the character of a witch who lives in a ‘veerana’ (a lonely stretch). Use of Bava-like sets to create horror scenes is one of the specialties of this film. Such kind of scenes were recreated in many horror films later on.

This is an Indian horror film made by the Ramsay Bros. in 1984. Samri, the monster-demon is the central character of this film. The story goes that Samri captures a princess and tries to convert her into an evil force; however, he is stopped by the king and then decapitated. Samri’s decapitated head is kept at the king’s mansion. The evil force, Samri rises once again after 200 years. This time, the successors of the king fight off the monster and destroy him forever. The film became an instant hit in India and the monster-demon, Samri was used as a central character in many films made thereafter.

The Asian horror films enlisted in this article are known for great diversity of themes and tense scenes. Therefore, these films are placed amongst the best horror movies made in Asia.