With the 'scare tolerance' of the audience rising, it has become challenging for film-makers to come up with some genuine yet scary movies. There are some movies which still do the trick of amazing you with their superb "scary plot".

With the ‘scare tolerance’ of the audience rising, it has become challenging for film-makers to come up with some genuine yet scary movies. There are some movies which still do the trick of amazing you with their superb "scary plot". 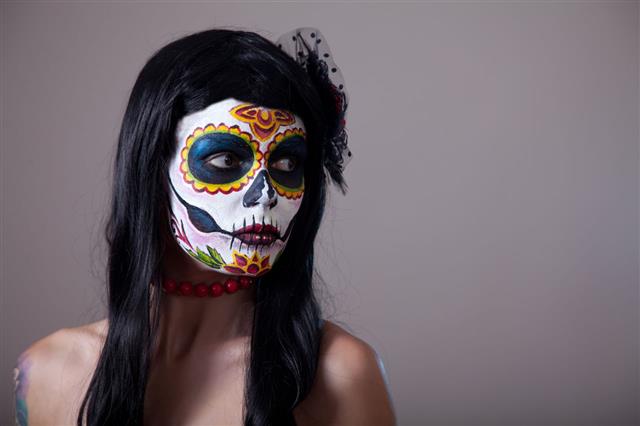 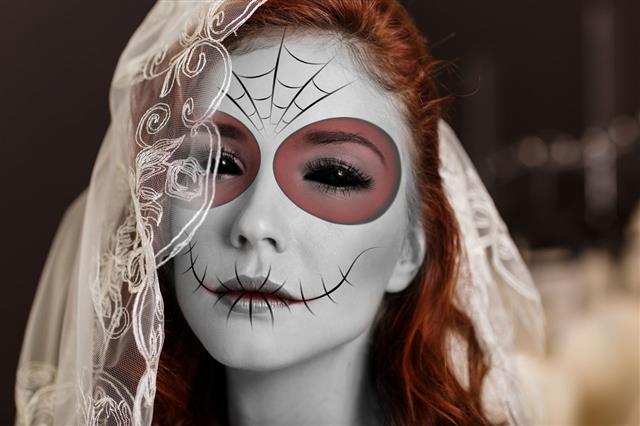 Did you know that the blood used in the shower scene in ‘Psycho’ was actually chocolate syrup?! Yep, being a black and white movie, I guess the chocolate syrup worked.

The best time to watch these movies is late night, all alone (or with a friend, if you get very scared of the films) with all the lights off, and if you can watch it in 3D then it’s even great!

This is a classic film in the horror, drama, and fantasy genre. The movie is about God and Satan who war over Earth and to settle things down, wager on the soul of Faust, an alchemist.

This is a classic horror film, and among the top 10 horror movies. This film is made by the famous Alfred Hitchcock and was nominated for 4 Oscars. The movie is based on Robert Bloch’s novel, and is about Marion Crane (Janet Leigh), who checks into a motel after stealing a big sum of money from her employer.

This Oscar winner horror film is about a young couple who move into a new apartment. They realize that they are surrounded by peculiar neighbors. The couple are concerned about the safety of their unborn child, as the wife becomes mysteriously pregnant.

This scary movie is based on an equally scary novel by Stephen King, is about a quiet and weird girl called Carrie who has telekinetic powers. Sissy Spacek as Carrie is brilliant, and makes a lasting impression. This year a remake of the 1976 Carrie is going to release, it stars Chloë Grace Moretz.

This sci-fi, horror film is known to everybody, and there have been many films on this character. When a crew of mining ship investigating a suspected SOS land on a distant planet, they discover some strange creatures.

Based on a novel by Stephen King and directed by Stanley Kubrick, this movie is a masterpiece among horror films. A man, his wife, and son are staying in an isolated hotel, where their son starts to see disturbing scenes from the past due to his telepathic ability.

This film is among the best scary movies of all time, and is about the famous horror character Freddy, who killed many children with his razor blade fingers. Freddy is later burned alive by some people in a boiler room. After many years, he starts tormenting the children of the people who killed him.

This is the first movie of the Chucky series, with a scary but a unique concept of a serial killer trapped inside a puppet. This movie has many scary and shocking scenes, which will make you jump in your seat. If you like Child’s Play, then you can also watch other movies of the series.

This amazing masterpiece is based on a book by Thomas Harris and is about Dr. Hannibal Lecter played by Anthony Hopkins and a young FBI cadet played by Jodie Foster who are trying to find a serial killer.

Häxan: Witchcraft Through the Ages (1992)

This bizarre but unique film, is a documentary portraying the history of witchcraft from illustrated incidents to real-life events. A must watch for fans of this movie genre.

This movie was originally known as Braindead, and is a fast-paced film. The story line is that a guy’s mother gets bitten by a Sumatran rat-monkey, which leads to her demise. However, she comes back to life and starts attacking, killing, and eating people and animals. Crazy, huh?

This movie has a downright disturbing plot, and it is possible that you might feel like turning it off at times. It is just a half an hour film. It depicts a guy working in a morgue and how he goes around mutilating and abusing a corpse.

This black and white film directed by Henri-Georges Clouzot, is about the wife of a cruel headmaster and his mistress, who conspire to kill him. But, after they murder him, the body disappears and strange and scary events begin to unfold.

Scream is a very popular movie among horror films. In this movie, ‘ghost face’ is killing teenagers, and everyone is a suspect. This movie is followed by other in the series. Watch the other parts, if you like this one.

This is a unique film among horror films without any typical elements of the horror film genre. 3 student film-makers mysteriously disappear into the woods. This film is about the footage which was found a year later after their death.

This is so far the best film created by M. Night Shyamalan, which stars Bruce Willis and Haley Joel Osment. This movie is about a boy (Haley) who can see dead people, and is getting treatment from a child psychologist (Willis). The climax of the story is brilliant, so watch the movie.

This world-wide acclaimed film took over 4 years to be created, and suffered many funding hassles and changes in crew; but the output came out to be brilliant. The movie takes place in a small town on the Hungarian Plain, where the temperature is below zero degree and is accompanied by frost, strangers appearing, and other chaotic incidents happening.

Near the end of the World War II, a woman retires with her two children in a mansion. The children are photosensitive, which leads them to live alone inside the house. Later, the children become convinced that the mansion is haunted.

Ring is a very scary horror film without any of the typical elements of a horror film. This film is about a mysterious videotape, which causes the death of anybody who watches it.

This movie is considered among the best Asian horror movies. It tells the story of a violinist who is blind, but gets vision after corneal transplant. However, with the new eyes the violinist is also able to see other horrifying things which blur the line between reality and imagination.

If you like horror films which has a lot of blood and gore, then Saw is the best one! In this movie two men find themselves in a room where a serial killer called ‘Jigsaw’ has laid a deadly game for them. The men have to play by the rules of Jigsaw for their survival.

This is another great horror film. In this film a group of female friends while hiking get trapped in a cave due to rockfall. They are pursued by blood-thirsty creatures, and their friendship deteriorates as they fight for survival.

These are two feature films directed by Quentin Tarantino and Robert Rodriguez. This double bill of thrillers, Death Proof and Planet Terror created by the two Directors recall an all time favorite genre – exploitation films.

These is a unique film series. However, the first part released in 2007 is the best among the series of ‘Paranormal Activity’ movies. In this movie a couple move to suburbs and become disturbed due to demonic presences. Every new release in the series is a prequel of the previous.

This movie is a remake of the 1973 film, by the same name. It is a science fiction plus horror movie. In this film, a town of Ogden Marsh, Pierce County, Iowa is infected with the “Trixie” virus because the water supply is accidentally mixed with it. The person infected with this virus turns into a zombie and starts attacking other people.

This film is based on a novel by John Ajvide Lindqvist. The movie revolves around the life of a 12-year-old boy and his friend. The friend of the boy is a vampire girl who grows closer to the boy and falls in love with him, and tries hard to overcome her thirst for the boy’s blood.

This 3D film, is a remake of an old film made in 1978, that goes by the same name. Piranha, which is basically a fish that evokes scary feeling, the moment you see its sharp and strong teeth. Plus, this movie being in 3D adds up to the scary factor.

This is a famous film, which stars Chris Hemsworth. A group of friends on a break visit a remote cabin located in the woods. However, they discover the secret of the cabin.

This is one of the latest horror films, starring Daniel Radcliffe as Mr. Kipps. Due to financial problems, Kipps gets a job which involves traveling to a house which is in marshlands. However, on seeing a woman dressed in black around the house, deaths of children in the village start occurring.

This is a really scary film, with a weird plot line. It is about a high school girl called Pauline, who is delusional and unattractive. She keeps visualizing performing surgery on other people. There are quite a few disturbing scenes in the movie that will give you a scare.

Above was a list of some of the top horror movies ever made arranged chronologically, which are a must see for everybody. However, not all horror films are suitable for family viewing, so check the rating of the movie before you watch it.

I am sure you must have seen many of the movies from the list above but I am also pretty sure that you must not have seen the above listed foreign language horror films. So, rent the unwatched films, but a little advice – do not watch them all together, as the elements in horror films have a long-lasting impression. 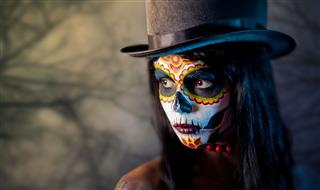 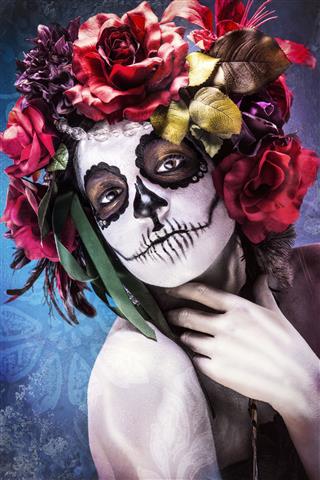 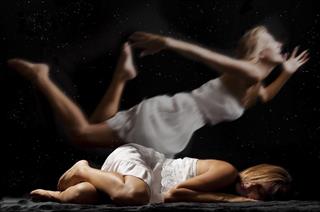 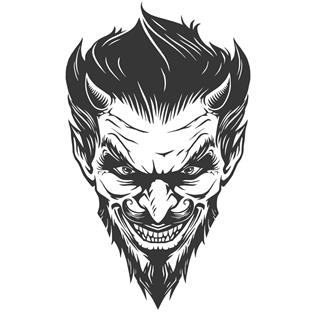 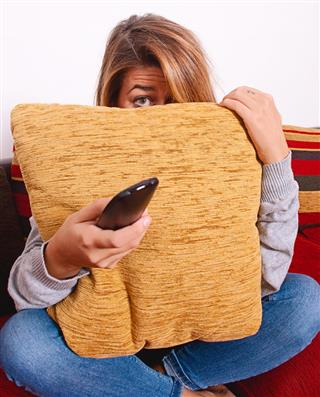