There's something about Pride and Prejudice we just can't get over. That is one romantic movie that can be watched innumerable times, without getting bored! (Yes, I speak from experience!) If you love watching pure, unadulterated romance on screen, you've got to watch these 10 best romantic movies, just like Pride and Prejudice. I hope you're ready to swoon!

There’s something about Pride and Prejudice we just can’t get over. That is one romantic movie that can be watched innumerable times, without getting bored! (Yes, I speak from experience!) If you love watching pure, unadulterated romance on screen, you’ve got to watch these 10 best romantic movies, just like Pride and Prejudice. I hope you’re ready to swoon! 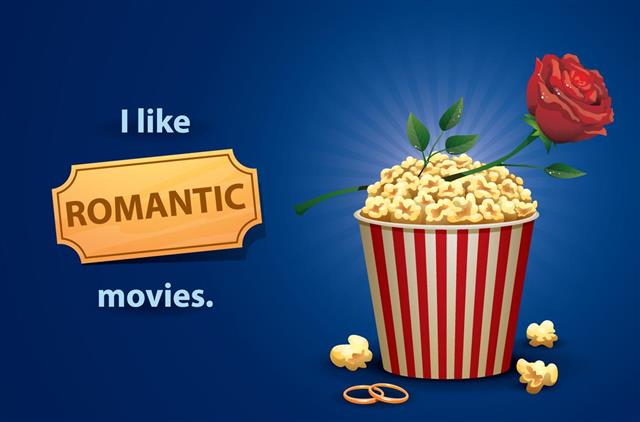 Scenario 1: You want to choose the perfect romantic movie to watch with your girlfriends.

Scenario 2: You want to cuddle up with your partner for an afternoon-at-home-movie-date.

Scenario 3: You simply want to watch a movie that makes you feel warm and fuzzy inside.

Whatever the reason, you could choose Pride and Prejudice (duh, don’t we all love it?) but this time, you want to try something else, something just as magically romantic, something just as beautiful as Pride and Prejudice. Fortunately, there’s no dearth of movies that are just as amazing. Pick one which you think you’d like the most, and enjoy, ’cause you’re definitely going to love these!

Why do we love Pride and Prejudice so much? I think it’s because of the strange, yet perfect kind of love Jane Austen portrayed in her classic. Mr. Darcy, the delicious, seemingly unapproachable hero, and Elizabeth Bennet, the intelligent heroine, who at first have an intense dislike for one another which then turns into love (sigh!) Don’t you just love endings like these? Just like Pride and Prejudice paints a picture of dislike-first-love-later, there are some other movies which do so, too. Without any further ado, let me give you a list of 10 romance movies similar to Pride and Prejudice. Remember, not all of them are exactly the hate-then-love films, some might be a little different, but just as romantic, because, well, any sort of romance is magical, n’est pas? Enjoy!

Gone With The Wind

Gone With The Wind is based on the classic by Margaret Mitchell. Scarlett O’Hara is a spoiled, rich heiress of Tara, the fantastic cotton plantation in Georgia. Rhett Butler is the infamous visitor and a businessman-of-sorts from Charleston, who is despised by everyone, particularly Scarlett. The story is set with the American Civil War as the backdrop. Scarlett is smitten by her neighbor and friend Ashley, and wishes to marry him. In her pursuit of winning Ashley (who is married to Melanie, his cousin) Scarlett ends up marrying thrice, her latest husband being Rhett Butler who she still cannot stand. In the end, however, she realizes that Rhett loved her all along, and she did, too, but it is too late, for Rhett is leaving for good. Scarlett remains in the hope that she will win Rhett back someday, and says so at the end- “Tomorrow is another day.”

The Shop Around The Corner

Set in Budapest, Hungary, The Shop Around The Corner is the story of Alfred, the top salesman at a gift-shop, and his colleague Klara. The two absolutely cannot stand each other, and are unknowingly corresponding anonymously with each other through letters. Alfred is in love with his mysterious friend, and is greatly disappointed when he comes to know her real identity. Klara, meanwhile, has no idea of who her correspondence partner is, and continues to hate Alfred. Eventually, they begin to put their differences aside and being to appreciate each other for what they are. Alfred confesses his identity, and the two live happily ever after.

Rich businessman Edward takes a detour in LA, and ends up asking the directions to his hotel to Vivian, who is a prostitute. She agrees to show him to the hotel provided he pays her, and eventually he “hires” her to be his girlfriend or escort to social gatherings for a week. The movie shows the transformation of Vivian from a LA hooker to a society girl, and them slowly falling for each other despite their different backgrounds and different upbringings. In the end, it seems as if they’re going back their separate ways for good, but Edward realizes he loves her too much to let her go. The ending is very dramatic and like a fairy tale she’s always dreamed of―Edward becomes her knight on a white horse (his white car), and she, his princess.

Based on Jane Austen’s novel of the same name, Sense and Sensibility is the story of two genteel sisters suddenly reduced to poverty, who have no option but to choose marriage for financial security for themselves and their widowed mother. Being supposedly smitten by someone completely inappropriate, getting jilted, then finding true love with a person you’d never have thought, and it all works out in every way at the end―enough said.

Pretty, spoiled, innocent, and rich, Emma Woodhouse loves to think she’s a romantic matchmaker, much to the chagrin of her father, and brother-in-law-and-friend, Mr. Knightley. Her love for romantic matchmaking, however, causes several complications and heartaches, and Emma realizes that love does not happen by simply “fixing” two people up. She begins to realize her true feelings for her old friend Mr. Knightley, who is supposedly in love with someone else, and they end up falling in love. Emma too, is based on Jane Austen’s novel of the same name.

Shopgirl (Meg Ryan)and NY152 (Tom Hanks) are friends over the internet―no names, no life stories, no bank account details. Their correspondence includes everything but the humdrum of daily life, and unbeknown to them, they are also business rivals in real life. Kathleen and Joe (the names of Meg Ryan and Tom Hanks’ characters respectively) don’t think favorably of each other at first, and are also involved with other people personally. Following many ups and downs, the two internet friends decide to reveal themselves to each other. The ending shows Meg Ryan hoping that NY152 is Joe, and it does turn out to be him.

Based on Helen Fielding’s novel of the same name, Bridget Jones’ Diary is a funny, lighthearted adaptation of Jane Austen’s Pride and Prejudice. Bridget Jones is a 30-something single woman worrying endlessly about her weight. A meeting with her childhood friend Mark causes them both to have an intense dislike for each other―Mark thinks she is a fool, and Bridget thinks he is the rudest man she has ever seen. To prove everyone who thought she’d remain single all her life wrong, Bridget starts flirting with her bad-boy boss Daniel, and hooks up with him, only to find out what a jerk he really is. Meanwhile, Mark and Bridget keep running into each other, and eventually fall in love.

The Magic of Ordinary Days

The Magic of Ordinary Days is a television movie based on Ann Howard Creel’s novel of the same name. A per-marital pregnancy sends disgraced Olivia to live on a remote farm with Ray, a simple man with no grandiose dreams or expectations. (Oh, and he isn’t the father of her child, by the way.) Ray and Olivia are complete opposites―Olivia is educated, knows nothing about housekeeping, and isn’t interested in it either. Ray is happy with the modest life he lives. Despite their differences, Ray’s patience, understanding, and support, slowly makes her fall in love with him. Sigh. The magic of ordinary days.

A seventeen-year-old girl with a penchant for books, and an overactive imagination, Catherine is on a trip to Bath where she meets Henry, who loves books as much as she does. However, misunderstandings crop up when Catherine’s imagination takes over her thoughts and actions, and lands her into big trouble with Henry. In the end, however, he confesses his love for her, and they get married. Northanger Abbey is a television adaptation of Jane Austen’s novel of the same name.

New York girl Sophie is on a holiday to Verona with her fiancé, when she stumbles upon the house of Shakespeare’s famous tragic heroine while sightseeing alone. Juliet’s house is a famous destination for women from all over the world, who write letters to Juliet describing their heartache and asking Juliet for advice. Sophie learns that there is a group of women who actually write back, claiming to be the ‘Secretaries of Juliet’, and she soon joins them in writing letters to heartbroken women. Her reply to a 50-year-old letter brings the recipient Claire to Italy with her grandson Charlie, to look for her long-lost lover. Charlie and Sophie hate each other at first, but thanks to the romantic countryside, the time they spend together, and Claire’s clever tactics, they fall in love. Colbie Caillat’s “What if we were made for each other, born to become best friends and lovers?” gives the ending a very happy tone.

If you haven’t already watched all the movies mentioned in this list, you must do so, and as soon as possible! These romantic movies are timeless, and can be watched innumerable times, simply because of how they make us feel at the end. Aside from these movies similar to Pride and Prejudice, there are a few other romantic movies which you absolutely should not miss.

I may have missed out on some amazing romantic movies in this list thanks to lack of space. But to be honest, I think this list of the best romantic movies should be inexhaustible, simply because there is absolutely no dearth of such beautiful movies. Romantic movies make you laugh, cry, and feel all warm and fuzzy and hopeful about life, don’t they? If you’ve missed any of these, rent the DVDs right now, and watch away. If you’ve already watched these movies before, what’s stopping you from reruns? (That’s what I’m doing) Have fun!