What can you say about a Hollywood royal who does all the great movies, directs another bunch of good ones, loved his pet pig to death, is a humanitarian, drives a hybrid, and according to some, is definite President material? If you haven't already guessed, it's George Clooney that's being talked about, and let's get straight away to the collective pleasure of knowing him better. 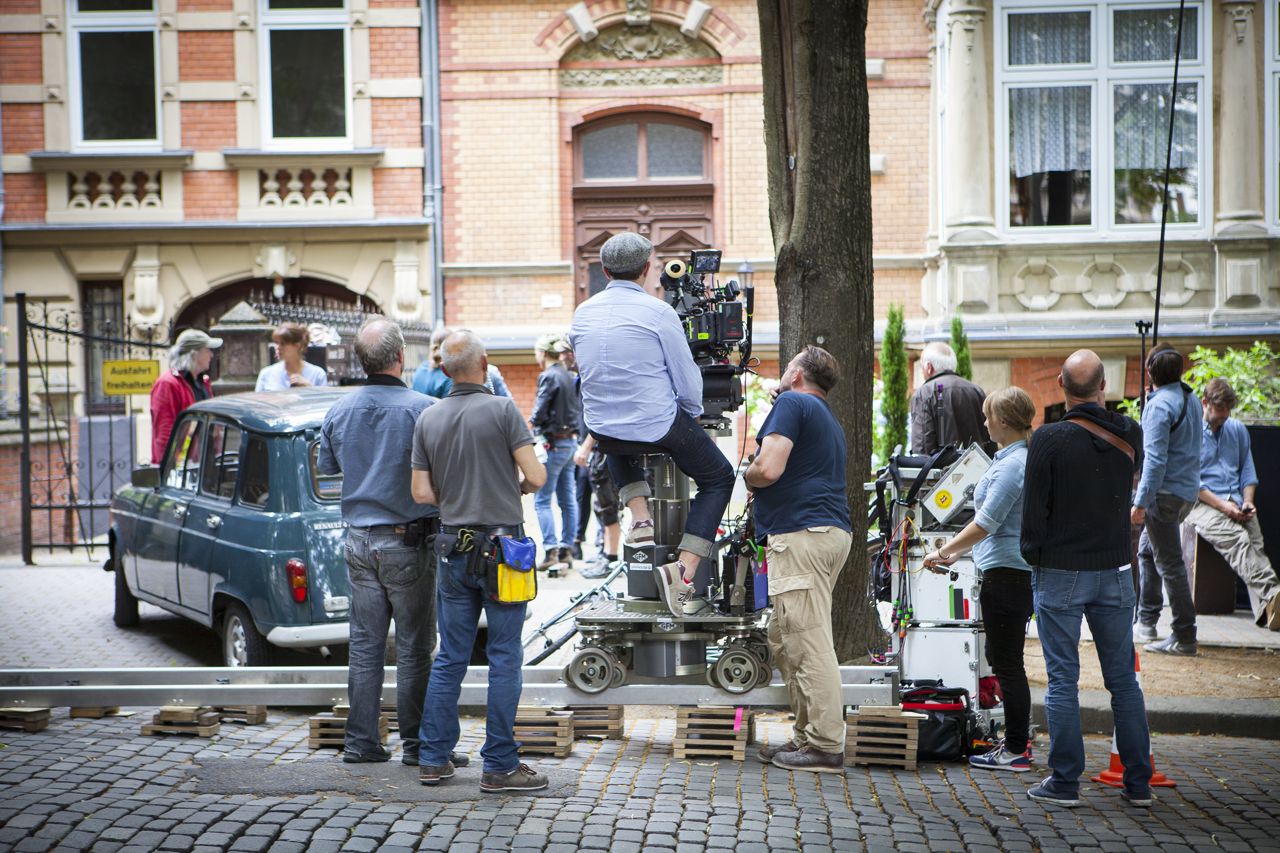 What can you say about a Hollywood royal who does all the great movies, directs another bunch of good ones, loved his pet pig to death, is a humanitarian, drives a hybrid, and according to some, is definite President material? If you haven’t already guessed, it’s George Clooney that’s being talked about, and let’s get straight away to the collective pleasure of knowing him better.

Enough has been said about George Clooney’s rakish good looks, his complete control over the box office and his cheerful persona. As a true American movie star, he’s proven that his success has been a result of that devastatingly handsome face, along with an astute knowledge of the movie-making business. So it isn’t surprising when every little detail about his steady rise to stardom has been well-chronicled, right from his struggling days as an upcoming actor to his philanthropic endeavors. His name ensures a huge box office draw, and his affiliation with humanitarian causes garners worldwide attention.

What is it about Clooney that generates such a lot of interest? That millions of women swoon over his overwhelming good looks could be dismissed as a natural reaction, but to even have the male population succumb to the Clooney-esque charm? Now that’s saying something about a guy who, despite having reached the dizzying heights of fame, has remained more or less unperturbed by it all. Characteristically belittling of his ‘sexiest man alive‘ tag, he has managed to cling to his bachelor status, and continues to shun the very idea of having children. Despite this, he still makes all the women want him, and all the men wanting to be him.

While going over his steady rise to stardom, one can’t help but think if there indeed is a proverbial chink in the Clooney armor. For very rarely has an actor, with this kind of gigantic celebrity status been able to stay grounded, with an image so squeaky clean. Is the legendary George Clooney aura for real? Or is it purely the work of a really dedicated PR machine? Let’s find out …

His Beginnings
George Timothy Clooney was born in Lexington, Kentucky to Nina Bruce and Nick Clooney on May 6, 1961. While his father was a known face on television, his aunt was actress and singer Rosemary Clooney (talk about being born into showbiz!). Clooney reportedly began to make his charming presence felt on his father’s sets since a young age, and had no trouble in getting attention from the studio audience.

As a student at Augusta High in Kentucky, he was never academically inclined, but was very passionate about baseball. He even tried for the Cincinnati Reds, but didn’t quite make the cut. College at Northern Kentucky University wasn’t too different either, before a minor movie role came his way, courtesy his cousins, Miguel and Rafael Ferrer. That movie never saw the light of the day, but what it did succeed in doing was igniting the acting spark in young Clooney, who’d finally found his true calling in life.

The next obvious stop was L.A., where he lived with his aunt Rosemary for a while, as he waited for that big break. No, it didn’t just fall into his lap right then. He had to do a lot of odd jobs that included selling insurance and even lemonade, and do a few insignificant parts on TV. These bit parts translated into regular roles as he went on establishing his acting credentials.

Then E.R. happened, and the infinitely adored Dr. Doug Ross took center stage. E.R. became a rage, and with it, George Clooney.

His Celluloid Journey
One Fine Day was Clooney’s first movie release, a saccharine rom-com about single parents. He made a fantastic pair with Michelle Pfeiffer, and banked heavily on his inherent charm. His first movie, however, was the Quentin Tarentino written horror-dark comedy From Dusk Till Dawn where he played the foul-mouthed antihero.

In 1997, an exception in his otherwise illustrious movie outings came in the form of Batman and Robin, which earned him a Razzie nomination. Graciously accepting his miscalculated decision to play the Caped Crusader boosted his popularity, and in the same year, he became People magazine’s Sexiest Man Alive, a title that he’d receive again in 2006.

Next up was the 2001 movie that catapulted Clooney to the big league. Steven Soderbergh directed the star-studded robbery heist Ocean’s Eleven, with Clooney playing the role of Danny Ocean, stepping into Frank Sinatra’s shoes, and those were some shoes to be filled. With Clooney’s charm (there goes that word again) no one would’ve imagined a better actor to play the role of a devilishly captivating con man.

His behind the scenes debut came in 2002 with Confessions of a Dangerous Mind, which was not exactly a box office draw, but it had the George Clooney touch, which meant that it kind of impressed the critics, if nothing.

He paired up with Catherine Zeta-Jones in 2003’s Intolerable Cruelty, a delectable rom-com, and followed it up with Ocean’s Twelve in 2004, which, as expected, earned millions worldwide.

The stunning Good Night, and Good Luck released in 2005. Directed by Clooney and scripted by him along with Grant Heslov, this was the story of journalist Edward R. Murrow, and his public spat with Senator Joseph McCarthy on his anti-Communist stance. Later in the year came Syriana, the geopolitical thriller that won him an Academy Award and a Golden Globe for Best Supporting Actor.

Hard-hitting Michael Clayton won Clooney a lot of accolades when it released in 2007, followed by the third installment of the phenomenal Ocean’s Series, Ocean’s Thirteen in the same year.

His next directorial venture came in 2008 with the sports comedy Leatherheads. The year 2009 saw Clooney come up with two versatile and memorable performances beginning with the war comedy The Men Who Stare at Goats and the comedy drama Up in the Air.

In 2011, George Clooney gave us the heartwarming The Descendants, where he played a hapless father to two difficult daughters, trying to cope with his wife’s death and infidelity at the same time. His restrained performance, combined with a razor-sharp sense of wry humor earned him a Golden Globe for Best Actor and an Academy Nomination.

His Philanthropy
As the current ringleader of Hollywood Humanitarianism, George Clooney is as loved for his cinema as he is for the causes that he lends support to. He is known to credit his humanitarian leanings to his parents who always pushed him to “look out for people who had trouble looking out for themselves”. From his early life in Kentucky to the glitzy Hollywood Hills, from Darfur to D.C., then up on stage to receive the Bob Hope Humanitarian Award, and from there to jail, Clooney, as a UN messenger of peace, has been instrumental in highlighting suffering and injustice in different parts of the world.

While his fundraising efforts for the Katrina hurricane victims and for those of the Haiti earthquake have been applauded, there have been mixed reactions to him being the face of the civil unrest in Darfur. He does not claim to be an expert on resolving conflicts, and disses rumors of his political ambitions. To have a top-notch Hollywood star resort to his clout in order to bring attention to a crisis is not a crime, but some see him as an outsider bulldozing on someone else’s turf. Not that it discourages Clooney in any way, who when last heard of, was busy making plans to bring the perpetrators of the Sudanese genocide on trial. As of now, his only purpose seems to be just that – getting justice for the innocent victims of Darfur, caught in a vicious circle of vested political interests in the center of this oil-rich region.

Present day Hollywood has far too many examples of drunken brawls, DUI incidents and racist rants being publicized in the name of celebrity pressures. But then you look at a man like George Clooney, who in his own opinion is too much of a womanizer and a wastrel, but still manages to evoke the kind of warmth and affability that he does. As he continues to deflect his movie star spotlight on to his philanthropic arena, one still remains clueless about that elusive chink-in-the-armor. Yes, so he did date a lot of women, and mostly will continue doing so, and simply ruined Batman for all of us, but even then he remains the ultimate Hollywood heartthrob.

Still looking for a downside to the Clooney mania? Let’s just settle for that impish smile of his, then.