Celebrities Who Got Away with Breaking the Law

Celebrities do tend to get a bit of leeway for their anomalous behavior, which is perhaps one of the perks of being a celebrity. Actors, musicians, athletes, etc.; they seem to get away with it all. We, in this Entertainism article, present to you a list of celebrities who got away with some crime.

Home / Actors / Celebrities Who Got Away with Breaking the Law 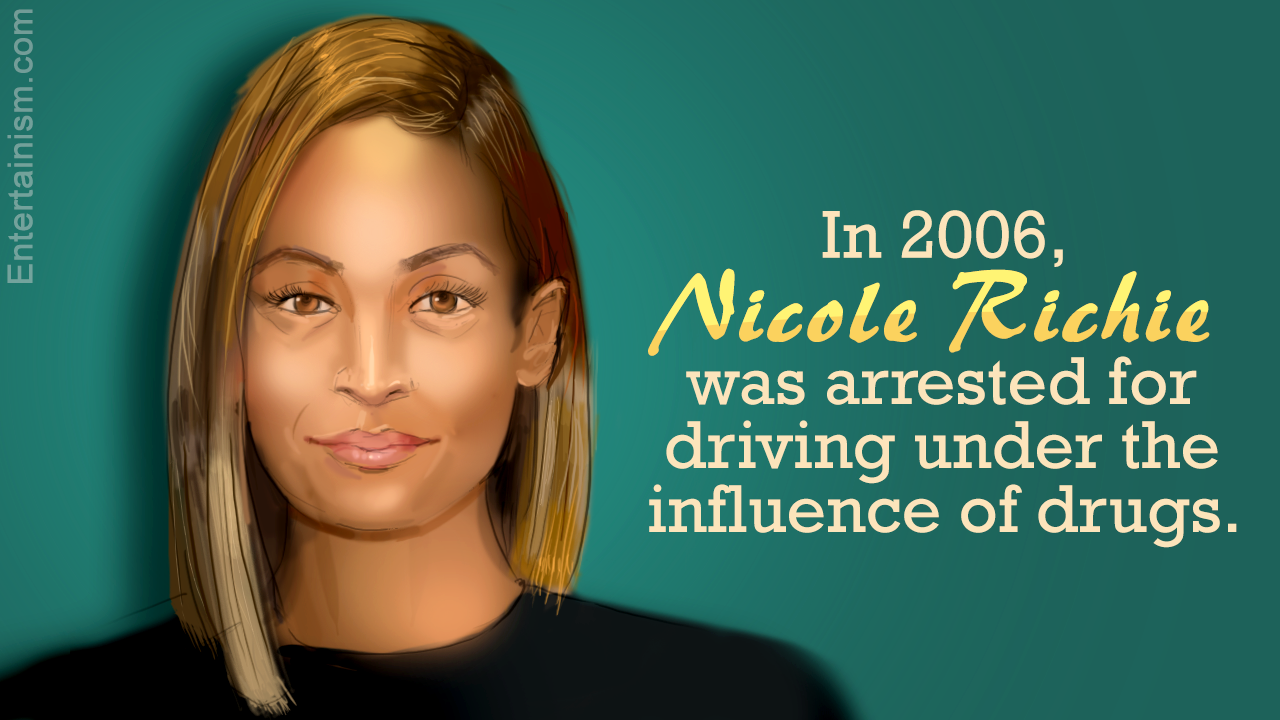 Celebrities do tend to get a bit of leeway for their anomalous behavior, which is perhaps one of the perks of being a celebrity. Actors, musicians, athletes, etc.; they seem to get away with it all. We, in this Entertainism article, present to you a list of celebrities who got away with some crime. 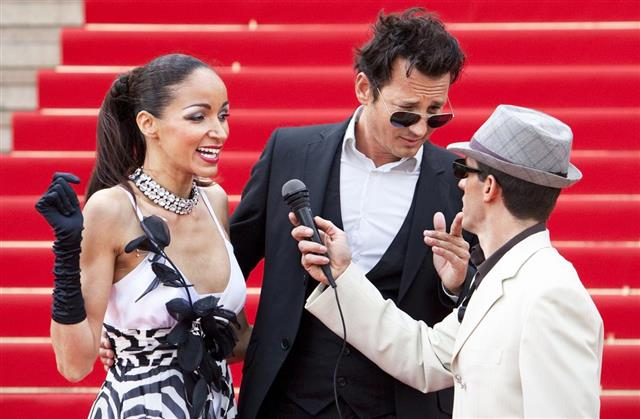 “A good act does not wash out the bad, nor a bad act the good. Each should have its own reward.”
― George R.R. Martin, A Clash of Kings

Celebrities. Actors. Musicians. Players! We all idolize them for their talent, skill, character, etc. Apart from their star status, they are just like us! Even they commit mistakes and crimes like us folks. You can simply say that, they were once caught on the wrong side of the fence at a wrong time. Some of them committed crimes when they were young, while others have made headlines for their fiendish deeds much later in life. The crimes include murders, assaults, drug possession, and drunken driving cases. While some celebs did serve probation for some time, others walked away quite easily, with minimal charges against them. Check out the list below, featuring some very famous people who broke the law and got away with it quite easily.

Famous People Who Got Away Easily

Paris Hilton is no stranger to the world of controversy and trouble. She has had her share of altercations with the law, with most of them being hit-and-run cases. The most famous one is when she banged her Range Rover into a Honda Civic, and drove away without leaving a note. And most of you must be knowing that, in California, it is a crime to damage a car and drive away without leaving a note, and amounts to a six-month jail term and a $1,000 fine. However, she did not spend any time in jail, neither paid a fine. Also, the owner of the damaged car did not file any complaint as well. The same thing happened after a few years with her Bentley.

Her share of arrests include driving under the influence (DUI) of alcohol and cocaine, and shoplifting, with DUIs being the reasons mostly. Needless to say, she was sentenced to one day in jail, 10 days of community service, an alcohol education program, and three years of probation. She spent 84 minutes in jail, before being released due to ‘overcrowding’. Her probation was extended due to several reasons, like skipping the education classes, and court appearances. She has also been arrested for theft of a necklace from a jewelry store, and was sentenced to 120 days in jail and community service. Her days in jail went down to 35, again due to overcrowding.

The youngest of the Kardashian sisters, Khloe was arrested and sentenced to three years probation for driving under the influence of alcohol. She violated the terms of probation, and was again sentenced to 30 days in jail for failing to attend alcohol education classes and complete the roadside cleanup duty. She, however, served only three hours, due to overcrowding.

After securing her place in Girls Aloud, Cheryl Cole was arrested for an altercation with a bathroom attendant in a club. Initially, she was charged with racially aggravated assault, which was later dropped, but she was arrested for assault occasioning bodily harm. However, she did complete 120 hours of community service.

She was involved in alcohol and substance abuse, and also admitted that she used to smoke marijuana at the age of 13, and later also cocaine. At 19, she injected heroin. In 2003, she was arrested for driving under the influence, and her license was suspended. She was again arrested in 2006 for driving under the influence of drugs, and admitted to using marijuana and Vicodin before driving.

In 2002, Winona Ryder was found guilty of shoplifting more than $5,500 worth of merchandise and accessories, and causing vandalism. However, she was acquitted with burglary. She was sentenced to three years probation, 480 hours of community service, $3,700 fine, $6,355 as a compensation to the store, and psychological and drug counseling.

She was arrested under her real name Tara Patrick back in 1999 for battering her then-husband Dennis Rodman. They were both ordered to stay 500 feet away from each other, and had to pay $2,500 fine as bail money.

Bieber has been involved in assaults and drug racing, both of which he got away with. Maybe the star status? There was a medley of drugs found in his system, along with prescription drugs and alcohol. Moreover, he has been caught driving with an expired license. All the charges were dropped against him.

The ‘Iron Man’ has often been charged for assault and possession. Downey has always been let off quite easily, with minimal punishments and serving time. In 1996, he was arrested after passing out at a neighbor’s house after a drug-filled binge. He was sentenced to probation and mandatory drug testing.

Back in 1994, when he was just 19 years-old, 50 Cent was guilty of selling heroin and crack cocaine, as a result of which he had to spend six months in a boot camp prison. In 2002, he was arrested for assault and battery, and was sentenced to two years probation.

In 1999, when Jay-Z was struggling to find fame, he got involved in an altercation at a nightclub, where he stabbed a record executive in the stomach. He was found guilty of misdemeanor, and was sentenced to three years probation. Also, when he was just 12 years-old, he had shot his brother Eric in the shoulder, but was never charged with any crime.

In 1989, Will Smith was arrested for assaulting a man. It was so serious that the man was left nearly blind. He was charged with aggravated assault, recklessly endangering another person, simple assault, and criminal conspiracy. However, the charges were later dropped.

Back in 1999, McConaughey was arrested and charged for possession of marijuana, after a neighbor made a complaint for excessive noise. He was found dancing naked in his house, by the police, who also found illegal stuff after searching his house. However, he was cleared off the drug charges, but proved guilty to the noise complaint, and was eventually let off after paying a meager $50 fine. Should have lowered the volume, Matt!

In 2010, before he became famous, Bruno Mars was arrested for possession of cocaine. He was found guilty, and paid a fine of $2,000, did 200 hours of community service, and also completed a drug counseling course.

In 1963, former First Lady Laura Bush jumped a red signal and collided with another car, killing a 17-year-old boy named Michael Dutton Douglas, who was rumored to be her boyfriend at one time. However, she was not charged with any crime, and was treated for minor injuries.

She was involved in a fatal car accident that claimed the life of a mother and her child. She wasn’t charged with manslaughter, and walked away without any charges on her. The matter was settled outside the court when she was sued by the family.

This singing sensation who died mysteriously back in 2011 due to drug overdose, also had an on-and-off relationship with the legal system. She, along with her husband Blake Fielder-Civil, were arrested for possession of marijuana. They were put in different cells for about 12 hours, and fined, after which they were released. She was also found guilty of common assault, but was released after a few hours.

Snoop Dogg, along with another rap artist McKinley Lee, was acquitted of murder charges in 1996. He was involved with the Crips gang. Philip Woldermariam, one of the member of the gang, was shot and killed by both in 1993. They were put under house arrest for two years, waiting for their trials. Their lawyer managed to prove that it was an act of self-defense, and both were cleared off any charges against them.

He was involved in a car crash that claimed the lives of two people, after he mistakenly took his car onto the wrong side of the road. Although he was charged with death by dangerous driving, that would have led him to 15 years in prison, he got away with lesser charges of careless driving, and was fined a meager $175.

When Mark was 16 years-old, he attacked two Vietnamese men with a wooden stick, both in one day, leaving one of them blind in one eye. Initially, he was charged with attempted murder, but later found guilty of assault, and was sentenced to two years in prison. However, he served only 45 days.

Other celebrities who seem to have gotten away with their crimes include:

This was our list of famous people who walked away from crimes that normal people would likely be punished heavily for, thanks to their star-status! Maybe they had some great lawyers, or maybe they were not at fault after all.