A Complete List of X-Men Movies in Chronological Order

X-Men is a superhero series based on Marvel comics. Through X-Men, Marvel introduced a new breed of superheroes, which 20th Century Fox presented on the silver screen. Since the inaugural part released in the year 2000, seven parts have been released over a span of 14 years. Here is a list of X-Men movies, along with some interesting details about each part. 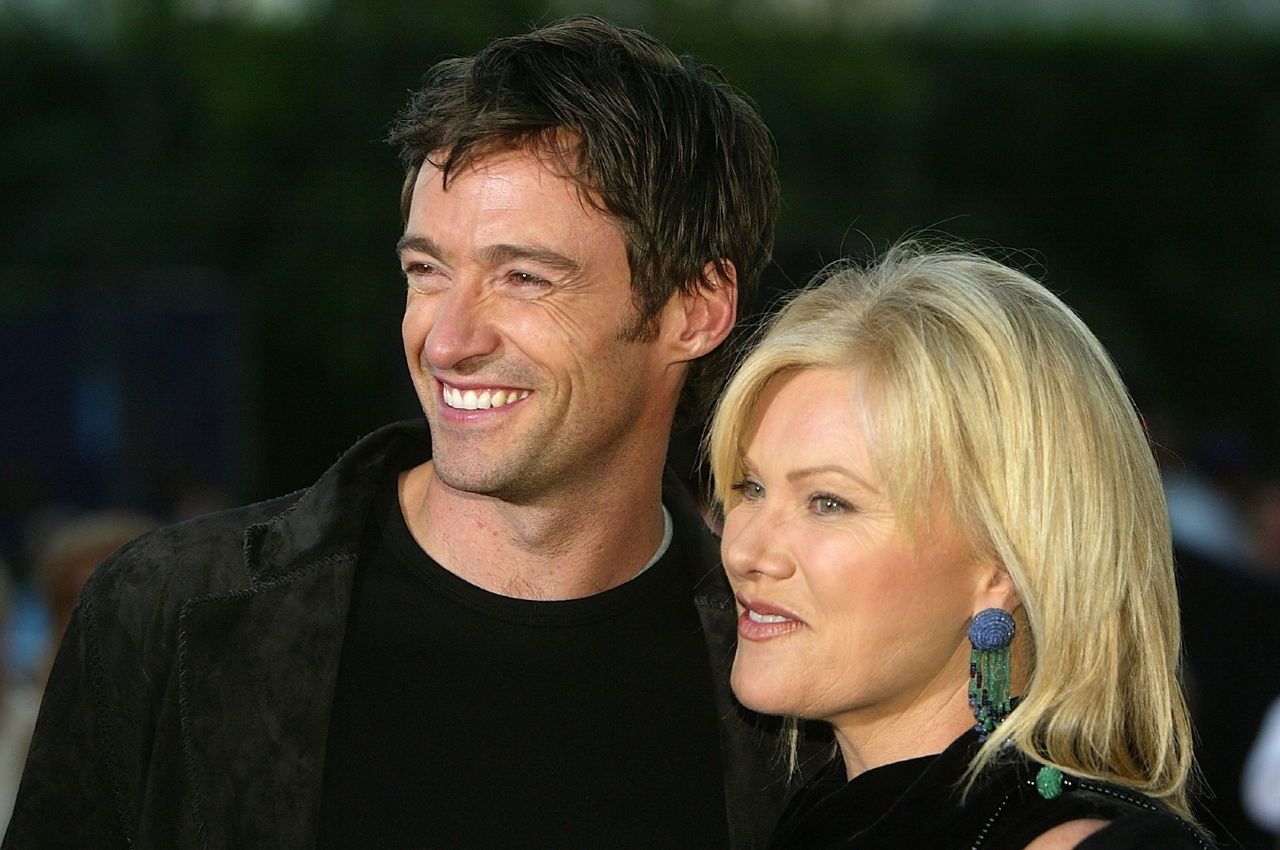 X-Men is a superhero series based on Marvel comics. Through X-Men, Marvel introduced a new breed of superheroes, which 20th Century Fox presented on the silver screen. Since the inaugural part released in the year 2000, seven parts have been released over a span of 14 years. Here is a list of X-Men movies, along with some interesting details about each part.

Marvel took mutation to a new level, and mutation did the same to X-Men, be it popularity of the series or the revenue which the comics and the movies generated. Stan Lee introduced mutation to the world through the series of X-Men comics in the late ’60s, only to find 20th Century Fox reproducing it through their movies by the turn of the century. Since then, the X-Men franchise is scaling greater heights of success with every release, and so are its characters.

A conquest with self, with those of the similar kind, and with mankind; to accept oneself, to create a realization of what is good, and for creating a space for oneself among the rest, is the basic plot of X-Men. What follows is a list of X-Men movies in chronological order, with important details about the release date, characters, basic plot, etc., related to each part of the series.

The film proved to be a milestone in many ways, and apart from generating a huge number of fans and revenue, this movie became the cause of the reemergence of faded superhero movies. In a way, the film brought an entire era back with it. The movie is about a small section of mutated population possessing extraordinary abilities, resisting hatred from human beings. The movie revolves around two important characters; Wolverine and Rouge, who find themselves standing against each other as they each choose either of the conflicting groups: Professor Xavier’s mutants and Brotherhood of mutants respectively. Wolverine and Magneto, both with personalities conflicting with that of each other, have since then made it as an integral part of most of the sequels that followed. The movie had a budget of around $75 million, and made close to $300 million at the box office.

Stan Lee thought of naming the series ‘Merry Mutants’, but later changed it to ‘X-Men’ on being told that the term mutants would not be easily understood by the readers.

The team responsible for X-Men enhanced their efforts and came up with better results in X2: X-Men United. This film was even acclaimed academically as it got itself nominated for 8 Academy Awards. X2 is a movie about escalated conflict between man and mutant, and between mutant and mutant, triggered by a failed assassination attempt of the U.S. President by one of the mutants called Nightcrawler. Prof. Xavier’s mutants are accused for the conspiracy, who are shown to be defended by Wolverine who is at the professor’s school to seek certain answers. The hidden agenda of a rival mutant Stryker, trying to get hold of Prof. Xavier’s mutant-tracking computer ‘Cerebro’, and of eliminating all the mutants, is the theme of this movie. Mystique, a self-shifting mutant, had a crucial role in the film, which has continued in sequels. At a cost of around $110 million, this part managed to generate over $400 million at the box office.

Bryan Singer was introduced to Marvel comics for the first time when he took up the direction of X-men.

The film seemed to have been driven by the belief, ‘Every problem has a solution’. An American entrepreneur accidentally discovers his son to be a mutant, which drives him to come up with a cure for mutation. The announcement of the invented cure receives conflicting response. The ones who have taken mutation as a problem look at it as the solution, and the ones who took it as a gift find it as a problem. The film is the second-most successful among all the parts in terms of revenue, and continued to hold the top spot for 8 long years. Made at a cost of $210 million, its box office collections went above $450 million.

X-Men: Prof. Xavier’s handpicked mutants who are entrusted with the job to protect mutants and humans from each other.

Brotherhood: Personal Strike team of Magneto formed to assist him in his endeavors.

The movie is all about Wolverine, played by Hugh Jackman, who is the face of the brand X-Men. Except for Jackman’s much lauded performance, the movie was criticized on most fronts. The repels among the team during the making resulted in a degraded outcome. Jackman went on publicly expressing his discontent about the end result of the film. The movie was about Wolverine on a personal mission to kill Victor and Stryker, provoked to do so and come out of his hideout because of the murder of his girlfriend at the hand of a fellow mutant Victor. He takes all the mutants captive on an island for creating a super mutant, possessing all the powers of known mutants, only to get himself killed by Wolverine. The film was made with a budget of $150 million, and its box office collections were around $375 million.

Hugh Jackman was awarded the role at the last minute. The former choices to play the roles were Edward Norton and Russell Crowe.

At a Nazi concentration camp, Shaw murders Magneto’s mother, compelling him to bring out his power. For the rest of the movie, Magneto hunts down Shaw to avenge his mother’s death. In the process, he meets Prof. Xavier, a telepath who is uniting, sheltering, and training mutants at his private school to put up a fight against Shaw and his team of mutants. The movie shows mutants playing a decisive role in rescuing human beings against the commencement of World War III, which is planned by a dictator. The movie displays the powers of mutants like raven, Prof. Xavier, Beast, and the likes of them in a never-before-seen manner. Here, for the first time, mutants and humans are shown to work in unison with each other. This part was made for around $150 million, and its box office collections were around $350 million.

The alphabet X was supposed to stand for the unidentified gene responsible for mutation in the characters. Later on it was held to stand for extra powers.

The makers thought of letting the main lead Wolverine do a solo act, as it was done by him in one of the prequels. This time, they decided to travel the world a lot further than they did earlier. And Japan was the place to go. Wolverine finds himself held in a camp in Japan. The physical and mental trauma he undergoes exploits him to his limits, leaving him in his most vulnerable state. He confronts himself with the most important aspect of his personality, immortality, only to come out stronger and more lethal than ever before. The movie was made at a cost of around $120 million, and generated around $415 million at the box office.

The X-Men movie characters and the X-men Comic characters are poles apart from each other, bearing very less or no resemblance at all.

Traveling back and forth in time has fascinated a lot of imaginative brains. Days of the future past is about X-men doing the same. Some of the only surviving mutants have taken shelter in a remotely accessible place. Xavier, Magneto, and Wolverine join them. Some event in history becomes responsible for the extinction of life from the Earth. To set things correct, someone is required to volunteer to travel back in time to reset the particular event. It is decided that Wolverine would be the one doing the needful, because of his feature of immortality. Thereon, he is on an interesting journey, overcoming obstacles of convincing people that he is someone from the future, building a team, and reverting the course of time. This movie was made on a budget of $200 million, and has been by far the most successful among all the parts in the series, managing to collect over $730 million at the box office.

An X-Men movie titled Deadpool is in the making since 2004. The fate of the film is still undecided.

This film is believed to be an extension of X-Men: First Class. This movie is supposed to focus on the origin of some of the important X-Men characters.

20th Century Fox and the 21st Century fans don’t seem to get enough of Wolverine. And so another solo stand-out Wolverine movie is slated for release.

A part that will be taking the count of X-Men movies to double digits is expected to follow Wolverine 3. This movie is rumored to be on the lines similar to Fantastic Four.

So with more movies lined up to be released till the end of the decade, it can be said that 20th Century Fox, with X-Men, prepares to celebrate for long, the much-loved breed of superheroes in time to come.