The Indiana Jones series consists of four hugely successful movies that chronicle the adventures of archeologist Dr. Henry 'Indiana' Jones. This Entertainism article will give you the complete list of Indiana Jones movies in chronological order, fun facts, the cast, related books, and other trivia of the series. 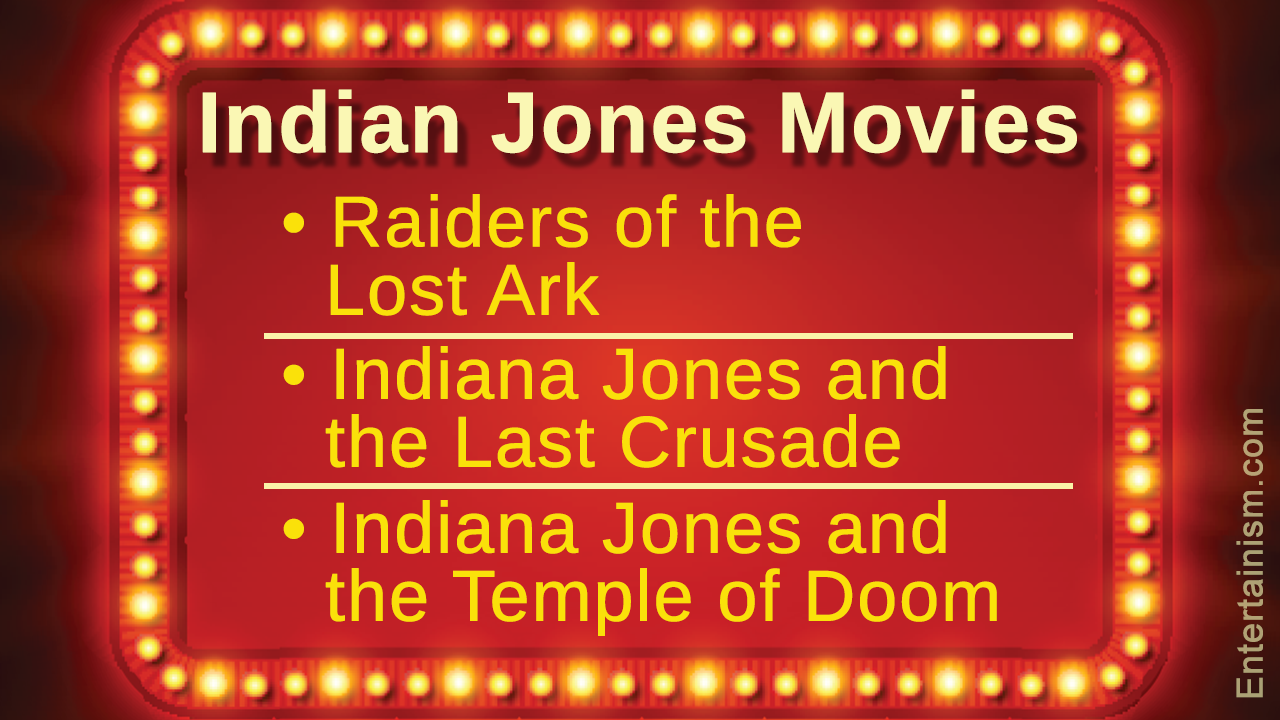 The Indiana Jones series consists of four hugely successful movies that chronicle the adventures of archeologist Dr. Henry ‘Indiana’ Jones. This Entertainism article will give you the complete list of Indiana Jones movies in chronological order, fun facts, the cast, related books, and other trivia of the series.

The uniforms that were used by the soldiers in the Berlin parade scene in Indiana Jones and the Last Crusade were real Nazi uniforms. They were from a collection found in Germany.

Directed by Steven Spielberg, the Indiana Jones films released over a span of 27 years, beginning in 1981, with the last release as recent as 2008. The character of Indiana Jones was partly based on the film action hero characters of the 1930’s era.

Since the first release, Indiana Jones has achieved worldwide fame, making millions of fans. And the franchise is not restricted to movies alone. An award-winning television series called ‘The young Indiana Jones Chronicles’ soon followed. Numerous Indiana Jones books and video games have made it to the shelves all over the world.

Raiders of the Lost Ark

In the year 1936, under orders from Adolf Hitler, the Nazi army is in search of the Ark of the Covenant, which is believed to confer invincibility. To foil their plans, the US army intelligence hires Indiana Jones, who is serving as a professor of archeology at Marshall College. Helped by his ex-flame Marion and the trustworthy excavator Sallah, Indiana has to race from Nepal to Cairo to an island in the Aegean Sea, in the quest to stop the Ark from falling into the wrong hands. During his journey, he has to battle his primary foe, archeologist René Belloq, and a horde of Nazis.

Indiana Jones and the Temple of Doom

This installment is actually a prequel to Raiders of the Lost Ark. Indiana Jones narrowly escapes from a gangster in China on an airplane with a nightclub singer Willie Scott and his Shanghai contact Short Round. However, the pilots abandon them and the trio end up in an Indian village called Mayapore. The villagers mistakenly think that they have been sent by the God Shiva, and request them to find their kidnapped children and a sacred stone called the Shivalinga. They end up encountering an ancient deadly cult called the Thuggee, that indulges in human sacrifice and child slavery, in an underground temple called the Temple Of Doom. Harrison must deal with the evil clan leader Mola Ram, and rescue the children and the missing Shivalinga stone, using which, the Thuggees plan to rule the world.

Indiana Jones and the Last Crusade

The story is set 2 years after the Raiders of the Lost Ark. In 1938, Indiana Jones is informed of his father Henry Jones Sr.’s disappearance by Walter Donovan, an American businessman, only to soon receive his diary by mail from Venice. Suspecting him to be in danger, Indiana and Marcus travel to Venice to investigate, and end up meeting Dr. Elsa Schneider, his father’s colleague. Soon, Indiana realizes that the Nazis are after the Holy Grail, and Elsa and Walter are helping them. Indiana has to battle the Nazis to save his father and find the Holy Grail before the Nazis have it.

Indiana Jones and the Kingdom of the Crystal Skull

In 1957, an elite Soviet army unit is after an artifact called the Crystal Skull of Akator, attracted by its powers. Led by Colonel Irina Spalko, they kidnap World War 2 veterans Indiana Jones and his colleague George Mchale or ‘Mac’. Indiana is forced to find a crystal skull kept in a desolate Nevada warehouse. However, he soon escapes and is told by a youth Henry Williams (Mutt) that his old colleague Harold Oxley has been kidnapped. Following a trail of clues left behind by Oxley, Indiana and Mutt arrive in Nazca, Peru, where they are captured by the Soviets. It is now up to Indiana to rescue Oxley, Mutt’s mother, and above all, save the world from the nefarious intentions of the Soviets.

There have been a few interesting Indiana Jones books that are novelizations (books based on movies). Here are the popular ones that have been adapted from the impressive movie series:

There is a strong buzz that the next installment is in the planning stages. Whether Harrison Ford will essay Indiana’s role or not is highly disputed. There have been rumors about Shia LaBeouf and George Pattinson being tipped to play the lead role, but nothing has been confirmed as yet. For now, all of us Indiana fans will have to wait with bated breath for an official announcement.