Docudrama is a fascinating concept that has created some noteworthy work over the decades. Entertainism gives you the meaning, characteristics, and examples of a docudrama.

Docudrama is a fascinating concept that has created some noteworthy work over the decades. Entertainism gives you the meaning, characteristics, and examples of a docudrama. 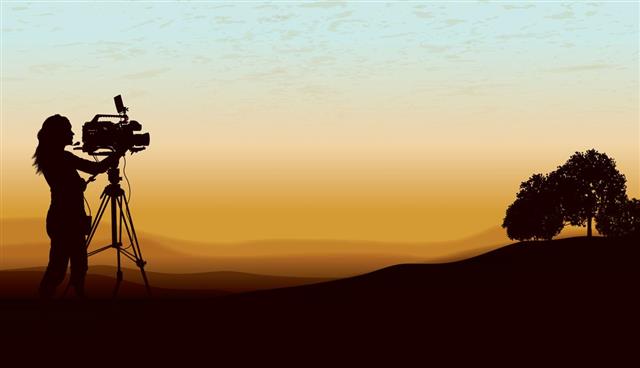 Docudrama is found in literature too. Instances of a literary docudrama would be the works of Truman Capote and Norman Mailer.

A docudrama, like the term suggests, is a combination of the elements of both drama as well as a documentary. Though the word ‘drama’ stirs up the element of fiction in the minds of viewers, and the word ‘documentary’ stirs up an image of something that is totally unrelated to drama, a docudrama is actually a dramatic representation of real-life events. It is generally portrayed through films, theater, television, and the radio.

Docudramas are different from historical fiction, which uses a historical event as the theme or backdrop of an otherwise fictional tale. A docudrama tends to re-enact an event or issue in a manner that may reflect the point of view of the director while sticking to the facts as much as possible. For this reason, a docudrama is also known as a non-fiction drama. Thus, it is not surprising that the makers of docudramas often choose to use historically recorded dialogs, or actual locations where an event took place to make their docudrama as authentic as possible. The following sections of this article will look at the characteristics and examples of the docudrama genre.

Characteristics of a Docudrama

There are certain rules that a true docudrama adheres to. These rules can be identified as the key features of a good docudrama, and are explained as follows.

A good docudrama has to be the dramatization of an actual historical or social event by sticking to the correct facts in order to provide the audience with basic yet significant information about that particular event.

A true docudrama does not abuse dramatic license to create a piece of work that is highly entertaining, and yet unrealistic or one that strays away from the truth. It avoids asserting the director or writer’s own point of view very heavily, and tries to let the audience draw up its own conclusions about the event.

A docudrama uses different narrative and literary techniques for enacting the historical event. These techniques are meant to present the facts in a slightly dramatized fashion in order to interest and inform the audience, as well as to bring the story to life. Narrative techniques used in a docudrama include an element of suspense, happiness, grief, etc.

It is not essential for a docudrama to use documentary footage. In fact, this genre allows the creation of staged situations that portray an event, while sticking to the facts. For instance, not every historical event has recorded proof. Hence, a docudrama about it can be created using a staged situation.

Additionally, a docudrama does not include the dramatization of an historical event alone. It can also be the dramatic representation of a social evil or problem that affects the society, such as homelessness, addiction, global warming, etc.

Codes and Conventions of a Docudrama

A docudrama is created or produced keeping in mind a few established codes and conventions, which are explained as follows.

As a docudrama is a dramatic representation of an actual or real-life event, casting is an important element of the same. Actors, both male and female, are chosen keeping in mind their similarity with the people who were actually involved in the event themselves.

Names of the Characters

In a docudrama, fictional characters or fictional names of characters are not required. The actors play real characters who were involved in that particular event, along with the real names and real personal details.

Docudramas are often filmed in the actual locations of the real-life events to ensure maximum authenticity. Similar, the time period a docudrama is set in is the same as the event being dramatized and re-enacted by the docudrama. If the situation demands it, staged locations are used.

Examples of a Docudrama

There are several famous examples of docudramas that have never failed to make an impact on the audiences over the decades. Given below are some instances where we can see the genre of a docudrama being used.

Cathy Come Home is one of the early instances of a docudrama, based on homelessness, unemployment, and other social evils that accompany the former two problems. Directed by Ken Loach, this film is very realistic, throwing light on problems that weren’t very widely discussed at that time.

Brian’s Song is a widely acclaimed television film directed by Buzz Kulik, which is a biography of Brian Piccolo, a football player who finds out that he is afflicted with cancer after he starts playing for the Chicago Bears.

Roots is another instance of a classic docudrama. Based on Alex Haley’s novel of the same name, this television mini-series sought to depict the life of an African slave and his family and is based in the 18th century.

This television film was based on the real-life event of the rescue of Jessica McClure, an 18-month baby who had fallen down a well in Midland, Texas. Directed by Mel Damski, it featured many people who were actually involved in the rescue of the little girl.

Apollo 13 is a widely acclaimed and very popular film depicting the aborted Apollo 13 lunar mission of 1970. Directed by Ron Howard, this film goes to great lengths to maintain technical and factual accuracy.

This docudrama is based on the book of the same name written by Mariane Pearl, the widow of Daniel Pearl, a journalist who was kidnapped and beheaded by terrorists in Pakistan in 2002. The dramatization of this event also covers the efforts of the US government in trying to bring the terrorists to justice.

The list of examples of docudramas is indeed a long one, for many events, both of a good as well as bad nature, have taken place throughout history. Docudramas are a good tool to make the knowledge of ancient history as well as current social evils accessible to the general public. However, viewers must remember to not get carried away with the drama, and instead simply focus on the facts.