Extremely Funny Jokes That are Sure to Crack You Up

Who doesn't love a good laugh? We have become a very busy bunch of people for sometime now. We have time for everything but for a laugh. So read some extremely funny jokes and have a hearty laugh. 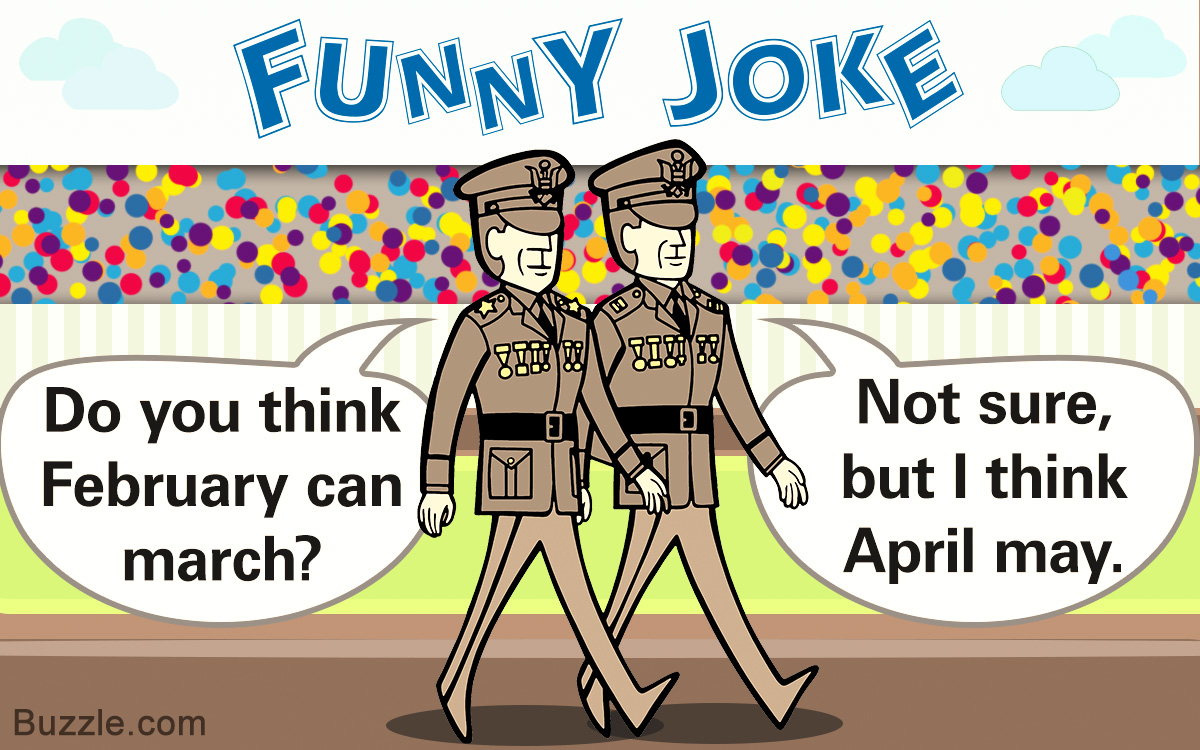 Who doesn’t love a good laugh? We have become a very busy bunch of people for sometime now. We have time for everything but for a laugh. So read some extremely funny jokes and have a hearty laugh.

Reading some funny jokes is probably the best way to cheer up someone. They can make anyone laugh and I think most of us know the importance of laughing and being happy. Today, our schedule is so packed that we don’t even have time to laugh or smile properly. So for people who need a hearty laugh, here are some hilarious jokes.

Jokes for kids should always be clean without an inappropriate use of meanings or words. So let’s have a look at some clean funny jokes.

✦ Just after a maid had been fired, she took 5 bucks and threw it at the family dog.
When asked by her former employee, the maid answered, “I never forget a friend who helped me, I gave him 5 bucks for helping me clean the dishes all the time..

✦ What was the snail doing on the highway?
It was traveling one mile a day!

✦ How do you start a teddy bear race?
Ready, teddy, go!

✦ What do you get when you cross a skunk with a bear?
Winnie the Pooh!

✦ In which room we cannot live?
Mushroom

✦ What do two oceans do when they meet?
Wave

✦ A priest is walking down the street one day when he notices a very small boy trying to press a doorbell on a house across the street. However, the boy is very small and the doorbell is too high for him to reach. After watching the boy’s efforts for some time, the priest moves closer to the boy’s position. He steps smartly across the street, walks up behind the little fellow and, placing his hand kindly on the child’s shoulder leans over and gives the doorbell a sold ring. Crouching down to the child’s level, the priest smiles benevolently and asks, “And now what, my little man?”
To which the boy replies, “Now we run!”

✦ Two cannibals are eating a clown.
One says to the other: Does this taste funny to you?

Blonde jokes are always based on the stupidity of blonde women. These jokes always make the blonde the center of attention by placing her in a situation where she gives a comment that is enough to prove her lack of intelligence.

✦ There was a competition between a team of blondes and a team of brunettes to see who could catch the most fish ice fishing. Once the contest started, it was clear that the brunettes were going to win because they kept pulling out fish after fish. Soon, the blondes got worried and sent over one of their team to see what the brunettes were doing differently. A few minutes later, the blonde comes running back.
A hole! You need to make a hole in the ice!

✦ How many blonde jokes are there?
One. The rest of them are true stories.

✦ What do you do when a blonde girl throws a grenade at you?
You pull the pin out and throw it back!

✦ Why did the blonde give her computer cough medicine?
It had a virus.

These are some short funny jokes, basically someone liners.

✦ What’s the difference between chopped beef and pea soup?
Everyone can chop beef, but not everyone can pea soup!

✦ Why don’t aliens eat clowns?
Because they taste funny.

✦ What are prehistoric monsters called when they sleep?
A dinosnore!

✦ What language do they speak in Cuba?
Cubic!

✦ Once upon a time there were two muffins in the microwave. Suddenly, one of the muffins says:
“Man it’s hot in here!”
The other muffin exclaims,
“Look a talking muffin!!”

So these were some extremely funny jokes for you people. Do enjoy reading them and if you have some better ones, do comment on it.