We all love Captain Jack Sparrow from the Pirates of the Caribbean series. This celebrated character used his intelligence and deceitful tactics to reach his goals, preferring to end altercations verbally instead of by force. Entertainism presents a compilation of the best quotes of Captain Jack Sparrow. Sift through them while reliving the nostalgia.

We all love Captain Jack Sparrow from the Pirates of the Caribbean series. This celebrated character used his intelligence and deceitful tactics to reach his goals, preferring to end altercations verbally instead of by force. Entertainism presents a compilation of the best quotes of Captain Jack Sparrow. Sift through them while reliving the nostalgia. 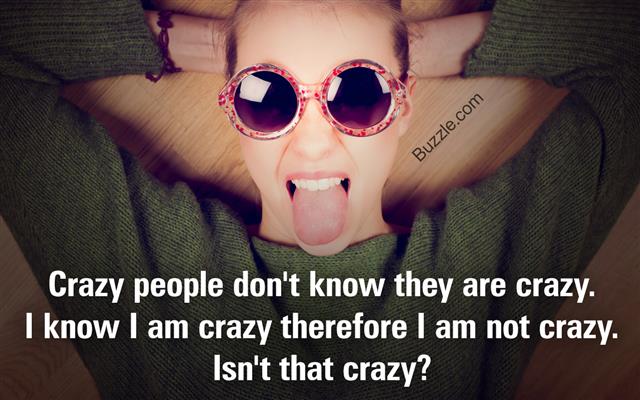 Johnny Depp improvised the line “Savvy” while shooting the first part. It means ‘wisdom’ but he used it in all the movies as “Understand?” or “Getting it?”

Captain Jack Sparrow is played by our beloved Johnny Depp. He is a legendary pirate of the seven seas, starring in the four parts of the series, Pirates of the Caribbean. He’s known for his self-centered attitude and his epic dialogs with the perfect expressions. Jack is seen fighting or running from battles, and emerging victorious by cheating death every single time. He has this immense deep love for the sea and his beloved ship, the Black Pearl.

Johnny Depp dropped out of school at the age of 15 and joined music-garage bands. When he married Lori Anne Allison, he started working as a ballpoint-pen salesman. While on a visit to Los Angeles, he met Nicolas Cage, who advised him to do acting. His first debut was in 1984 in a horror movie, A Nightmare At Elm Street. He came into the limelight after his role in ’21 Jump Street’ in 1987. But the most remarkable character of his is the role of Captain Jack Sparrow.

“I kind of like everything about playing him. I feel like he’s just good fun to play. … I certainly wasn’t ready to say goodbye to him after the first film. I felt like there was a lot more to be done, more fun to be had.” (Johnny Depp on the character portrayal)

From Pirates of the Caribbean: The Curse of the Black Pearl

Captain Barbossa: You know Jack, I thought I had you figured out. But it turns out you’re a hard man to predict.
Jack Sparrow: Me? I’m dishonest, and a dishonest man you can always trust to be dishonest. Honestly. It’s the honest ones you want to watch out for, because you never know when they’re going to do something incredibly stupid.

Captain Barbossa: So what now, Jack Sparrow? Are we to be two immortals locked in an epic battle until judgment day and trumpets sound? Hmmm?
Jack Sparrow: Or you could surrender!

Will Turner: This is either brilliance, or insanity!
Jack Sparrow: It’s amazing how often those two traits coincide.

Jack Sparrow: Gentlemen! You shall always remember this as the day that you almost caught Captain Jack Sparrow!

[Toasting to their new partnership]
Jack Sparrow: Take what ye can!
Mr. Gibbs: Give nothin’ back!

Jack Sparrow: [to Weatherby Swann] I think we’ve all arrived at a very special place. Spiritually, ecumenically, grammatically.
Jack Sparrow: I want you to know that I was rooting for you. Know that.
[to Commodore Norrington] Jack Sparrow: Elizabeth… it would never have worked between us darling. I’m sorry… Will… nice hat. Friends… This is the day that you will ALWAYS remember as the day that you…
[backs up and trips over ledge]

Jack Sparrow: A wedding? I LOVE weddings! Drinks all around!

Barbossa: How the blazes did you get off that island?
Jack Sparrow: When you marooned me on that god forsaken spit of land, you forgot one very important thing, mate: I’m Captain Jack Sparrow.

Jack Sparrow [empties bottle of rum]: Why is the rum always gone?
Jack Sparrow [stands up and staggers drunkenly]: Oh… that’s why.

Jack Sparrow: I’ve got a jar of dirt, and guess what’s inside it?

Jack Sparrow: You look bloody awful, what are you doing here?
Norrington: You hired me. I can’t help it if your standards are lax.
Jack Sparrow[immaturely]: You smell funny.

Jack Sparrow [after searching the shattered jar of dirt for Davy Jones’ heart]: Where is it? Where is the thump-thump?

Jack Sparrow: Have you not met Will Turner? He’s noble, heroic, terrific soprano. Worth at least four, maybe three and a half. And did I happen to mention, he’s in love? With a girl. Due to be married. Betrothed. Dividing him from her and her from him would only be half as cruel as actually allowing them to be joined in holy matrimony, eh?

Will: Jack.
Jack Sparrow: Aye?
Will: Elizabeth is in danger.
Jack Sparrow: Have you considered keeping a more watchful eye on her? Maybe just lock her up somewhere.
Will: She is locked up, in a prison, bound to hang for helping you!
Jack Sparrow: There comes a time when one must take responsibility for one’s mistakes.

Will: You want me to find this?
Jack Sparrow: No. You want you to find this, because the finding of this finds you incapacitorially finding and or locating in your discovering the detecting of a way to save your dolly belle, ol’ what’s-her-face. Savvy?

Jack Sparrow: You mistrust me? Listen, you can mistrust him, trust me.

Davey Jones: I wonder, Sparrow, can you live with this? Can you condemn an innocent man, a friend, to a lifetime of servitude in your name while you roam free?
Jack Sparrow [thinks for a second]: Yep. I’m good with it.

Pirates of the Caribbean: At World’s End

Jack Sparrow: Sometimes things come back mate. We’re livin’ proof, you and me.

Jack Sparrow: What? You’ve seen it all, done it all. Survived. That’s the trick isn’t it? To survive?

Jack Sparrow: We must fight… to run away!

Jack Sparrow: I have no sympathy for any of you feculent maggots and no more patience to pretend otherwise. Gentlemen, I wash my hands of this weirdness.

Jack Sparrow: Ladies! Will you please shut it? Listen to me. Yes, I lied to you. No, I don’t love you. Of course it makes you look fat. I’ve never been to Brussels. It is pronounced ‘egregious’. By the way, no, I’ve never met Pizzaro but I love his pies. And all of this pales to utter insignificance in light of the fact that my ship is once again gone. Savvy?

Jack Sparrow: No, mate. I’m free forever. Free to sail the seas beyond the edges of the map, free from death itself.

Jack Sparrow: Why would he do that? Because he’s a lummox, isn’t he? Well, we shall have a magnificent garden party, and you’re not invited!

[Jack is about to eat a peanut when a shot is heard. He falls to the ground to reveal ANOTHER Jack Sparrow]
Jack Sparrow: [picking up the peanut] MY peanut!

[Jack is about to light a cannon that’s pointed at the mast] Lord Cutler Beckett: You’re mad.
Jack Sparrow: Thank goodness for that, ’cause if I wasn’t this would probably never work.
[fires the cannon, which catapults him onto his ship, landing safely on his feet behind his crew]
Jack Sparrow: And that was without even a single drop of rum.

Jack Sparrow [as the real Jack escapes the brig]: I miss him already
Jack Sparrow: He was quite charming, wasn’t he?
Jack Sparrow: NOBODY MOVE! I’ve dropped me brain.

Pirates of the Caribbean: On Stranger Tides

Jack Sparrow: Who’s to say I won’t live forever, eh? Discoverer of the Fountain of Youth. I’ve no say in it, Gibbs. It’s a pirate’s life for me.

Jack Sparrow: Did everyone see that? Because I will *not* be doing it again.

[after being addressed as “Jack Sparrow”]
Jack Sparrow: There should be a “Captain” in there somewhere.

Jack Sparrow: Clergyman, on the off chance that this does not go well for me, I would like it noted here and now that I am fully prepared to believe in whatever I must, so that I may be welcomed into that place where all the “goody-goodies” get to go. Savvy?

Jack Sparrow: Better to not know which moment may be your last. Every morsel of your entire being alive to the infinite mystery of it all.

Jack Sparrow: Death lies before us, as we sail to the Fountain of Youth.

Jack Sparrow: You demonstrated a lot of technique for someone I supposedly corrupted.

Jack Sparrow [to Angelica, who has been posing as Jack]: You’ve stolen me. And I’m here to take meself back.

Jack Sparrow [to king George II]: Face is familiar. Have I… threatened you before?

Angelica: Admit it, Jack. You still love me.
Jack Sparrow: If you had a sister and a dog… I’d choose the dog.

Jack Sparrow: You know the feeling you get when standing in a high place, the sudden urge to jump…
[looks over the cliff, as if considering jumping, then comes back to reality]
Jack Sparrow: I don’t have it.

Blackbeard: Aha. Dead end. Dead. End. Dead end!
Angelica: Jack, I’m starting to think you don’t know where you’re going.
Jack Sparrow: It’s not the destination so much as the journey, they say.

Not all treasure is silver and gold, mate!

If you choose to lock your heart away, you’ll lose it for certain.

Why fight when you can negotiate?

I regret nothing, ever.

Close your eyes and pretend it’s all a bad dream. That’s how I get by.

The world’s still the same. There’s just less in it.

We know that these are just few of them. There are so many of them that we can say by heart. We all are in love with the character and the story that wraps around it. We just have to wait till 2017, until the next part ‘Pirates of the Caribbean: Dead Man Tell No Tales’. 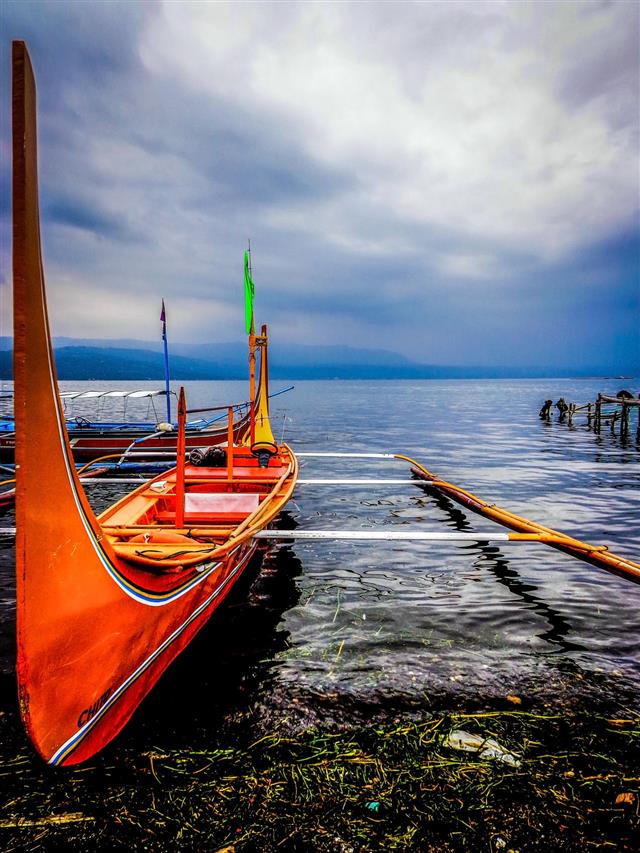