If you're a fan of the TV series Lost, you are sure to feel an emptiness when it comes to finding something that could replace something so stellar. Not to worry, because there is still some hope with this Entertainism article that brings you a list of 10 shows like Lost. 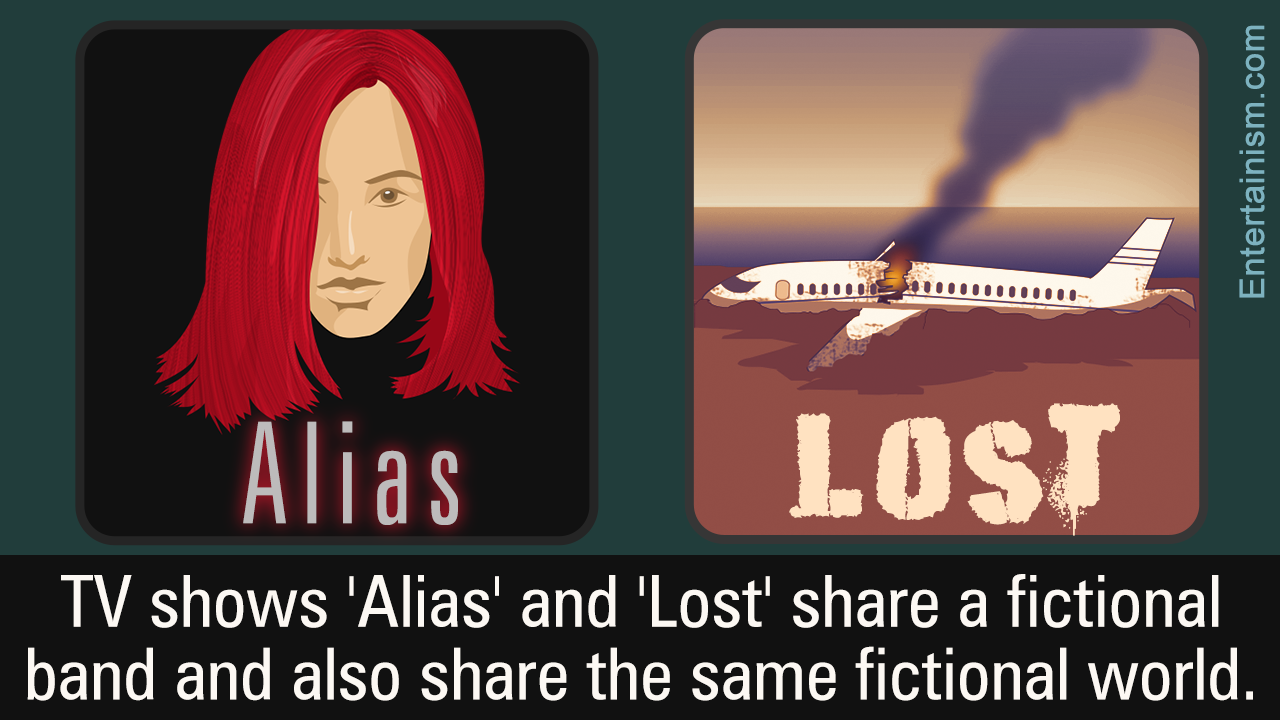 If you’re a fan of the TV series Lost, you are sure to feel an emptiness when it comes to finding something that could replace something so stellar. Not to worry, because there is still some hope with this Entertainism article that brings you a list of 10 shows like Lost. 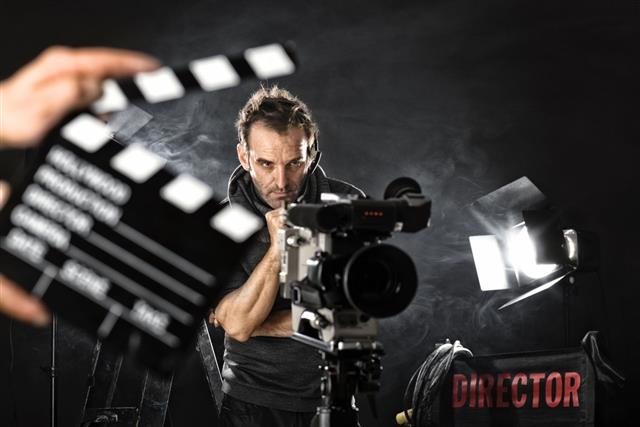 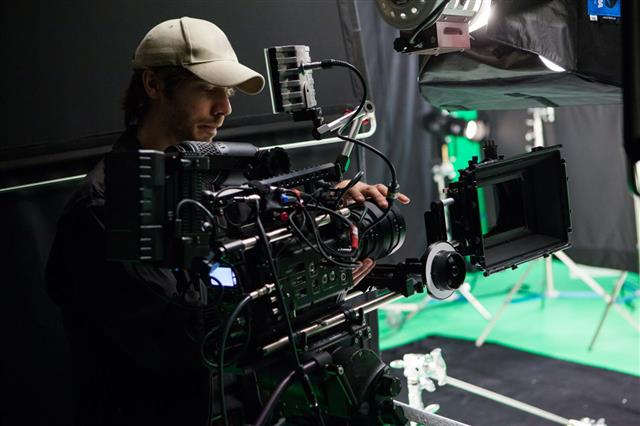 The pilot episode of Lost is the most expensive one in the ABC network’s history, with a price tag of $14 million.

When Lloyd Brown first approached his network executives in 2003 with the idea for a series that would be something like a mixture of “Cast Away, Survivor, and Gilligan’s Island, with the feel of Lord of the Flies”, everyone was hesitant and not sure if it would make for a good watch. Fast forward eleven years later, and people are still captivated by the TV series of epic proportions―Lost. It has 11 Awards and 55 Nominations to its name, millions of fans across the globe, and is featured as one of the top TV series in a couple of “all time” lists. If that isn’t proof of the success of this nouveau series, then the fact that many have tried to replace it or imitate it, is.

Lost is the story of the survivors of a plane that crashes on a mysterious island, their lives, and their struggles with existing members of that place. It contains flashbacks and flash-forwards into their lives, spatial anomalies, mythological foundations, and sci-fi-infused settings filled with déjà vus, synchronicity, and numerous cliffhangers. It gives us a carefully crafted, yet complex story of the lives of every character and how they are interlinked, the struggle between good and evil, faith and science, and a serialized narrative that takes us on a journey with each of them.

So finding a TV show that would give us some of these elements, if not all, is no easy task. But some have come close, if not matched this phenomenal series by incorporating some of these elements and enhancing them. Here’s a list of 10 shows that we think are in some ways reminiscent of Lost and are worth a watch.

Why The Comparison? Like Lost, it has elements like sci-fi theme, ensemble cast, serialization, conflict of good vs. evil, and mini stories that interconnect.

Plot: Heroes is a story about a group of humans who discover that they have special powers, and how it affects them, their quest to find out the answers, and motive behind these abilities. The individualistic characters, each with their own story, are all eventually interlinked in some way. These superhumans, so to say, are at war with an undercover organization that wants to control and terminate humans with such powers. The protagonists fight to protect the people from the villains, while juggling their lives.

Why The Comparison? It includes elements of sci-fi theme, mysterious space, good vs. evil, serialization, and the quest to escape.

Plot: It follows the story of a nameless ex-British military Secret Agent, who, while on his way to a vacation is knocked unconscious and transported to a mysterious village where people have numbers instead of names, and where his captors try to extract information that he gained as an agent. Although unsolved, it is debated by many that The Prisoner had a major influence in the making of Lost itself.

Plot: The story revolves around the characters of Walter Bishop, his son Peter Bishop, and Olivia Dunham, FBI agents who are a part of the Fringe Division that is under Homeland Security supervision. They investigate cases that involve unexplainable, horrific incidents, which revolve around a parallel universe, using fringe science.

Plot: It can be considered a very close counterpart to Lost in terms of elements included. It is based on a distant star system where a human race resides on a group of planets known as the Twelve Colonies. They are at war with the Cylons, a cybernetic race the people had created long ago. The Cylons attack the unsuspecting Colonies, bringing down a population of billions to 50,000 survivors. The eponymous military ship is the only one that survives and takes upon them the task of transporting their people back to a mythical refuge called “Earth”.

ONCE UPON A TIME

Plot: Set in the fictional town of Storybrook, Maine, it depicts the story of a set of characters from different fairy tales whose memories are erased and are thrust into the ‘real world’ by the evil Queen Regina, who is now the Mayor of the town. Their only hope is the daughter of Snow White and Prince Charming, Emma Swan, who along with her son Henry (who was given up at birth and adopted by Regina), whom she reunites with, are the key to reversing the curse and returning the characters their memories with the help of Henry’s story book, Once Upon a Time.

Plot: Unlike Lost, X-Files has an episodic format, but it has the same elements of mythology, mysteries, and sci-fi. It is the story of two FBI agents, Fox Mulder and Dana Sulley, the former who believes in the supernatural, and the other who is a skeptic. They investigate the X-files, which are unsolved cases involving the paranormal.

Why The Comparison? Elements of certain sci-fi elements, same creator, and same style of dramatization―serialization, complex characters, battle between good vs. evil.

Plot: Created by J. J. Abrams, the same genius behind Lost, Alias is a story about a woman who is hired by a secret organization SD-6, that claims to be a part of the CIA. She later finds out from her father, another member, that it is a criminal organization in reality. She goes to the real CIA, and joins them as a double agent, trying to defeat SD-6 from the inside. The story follows her life and the battle between the good and the bad, while the underlying endgame is to find artifacts belonging to Milo Rambaldi, a Renaissance figure. The style of storytelling, the complex stories of each character, and how they intertwine are the similar to those we see in Lost.

Plot: Three years after a global event known as the “Sudden Rupture” led to the lost of 2% of the population, the residents of Mapleton struggle to cope with the cultural shift and the aftermath. It focuses on the Garvey family, where Kevin Garvey who is the new mayor, tries to unite his people and instill hope and faith back into them. His wife Laurie, on the other hand, joins the Guilty Remnants, a group that tries to bring fear by continuously reminding them of the catastrophic event. His son Tom joins the crafty Holy Wayne, who calls himself a prophet. His daughter stays back with him, but she is not the same person she was before all this.

Why The Comparison? Elements of good vs. evil, serialization, quest for the truth, complex character portrayals, fantasy.

Plot: Twin Peaks is a crime-based drama series that narrates the story of Laura Palmer who is investigated by FBI agent Dale Cooper. As he unravels the mystery, the secrets of the people in town are exposed, revealing the connections between the different people portrayed.

Creator: Mick Garris and Stephen King (It’s based on his novel)

Why The Comparison? Elements of good vs. evil, serialization, quest for the truth, complex character portrayals, fantasy.

Plot: It’s a mini series that was based on King’s novel by the same name. A life-threatening virus is accidentally released by a government lab, which leads to the wipeout of nearly the whole population. The survivors of the event end up dreaming of two mysterious figures, who are later realized to be the personifications of good and evil. The people take sides, and eventually the clichéd battle comes to its head.

When you have such a specific and stellar series like Lost, it is hard to find something that could be placed in the same ranks. At the same time, pigeonholing any series is hard because the whole idea or purpose of a series is to bring you underlining concepts in new, reinvented ways. But luckily enough, these series have come close to giving us the feel that Lost has given us for so long, each with their own unique identity. So if you haven’t already viewed any, go on and watch these shows soon! 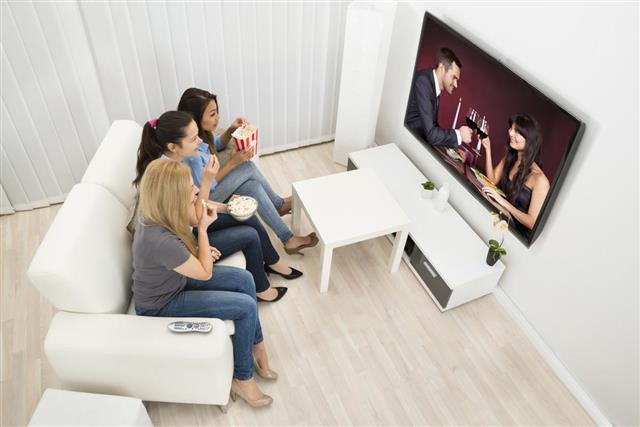