The Shaw Brothers created movies centered around martial arts, even as world cinema was heading towards the age of drama and color. If you are a kung fu fan, you can't miss this list of top 10 Shaw Brothers movies of all time. 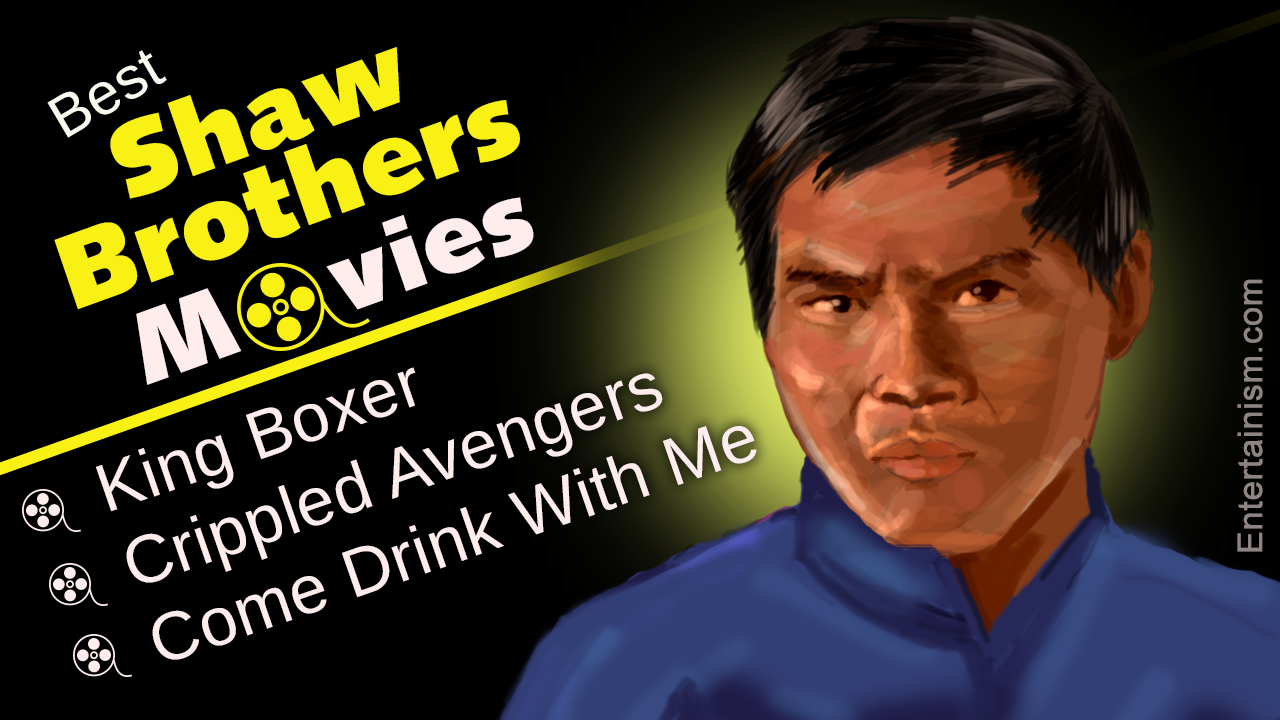 The Shaw Brothers created movies centered around martial arts, even as world cinema was heading towards the age of drama and color. If you are a kung fu fan, you can’t miss this list of top 10 Shaw Brothers movies of all time.

Did You Know?
Jackie Chan played an extra in many of the films made by the Shaw Brothers.

The Shaw Brothers were made up of Runje, Runme, and Runde, and founded the Tianyi Film Company (Unique) in Singapore. They then established a film distribution base in Singapore.

Their company ran into trouble during World War II. They switched the language from Cantonese to Mandarin, as the Communist takeover had cut off the supply of Mandarin films to overseas Chinese communities. In 1957, they moved to Hong Kong to create the biggest movie studio, called Movietown. The studio had 15 stages, 2 permanent sets, and was equipped with the best film-making facilities, run by 1,300 employees. The studio was renowned for producing directors like Chang Cheh and Lau Kar-leung, who would make the classics of wuxia and wushu films.

Over the years, the Shaw Brothers produced around 1,000 films. For now, let’s take a look at a list of the 10 greatest Shaw Brothers movies ever made.

The 36th Chamber of Shaolin
The film that launched the careers of its director and actors, is based on San Te who launched a rebellion against the oppressing Manchu government. The protagonist swears revenge on the government who killed all his family members as well as his martial arts master. He’s taken in by a Buddhist monastery for the injuries he suffered, and trained in martial arts in 35 different chambers, each one tougher than the rest. He creates the last chamber, so that even laymen can learn kung fu and defend themselves. Its acclaim was high enough for it to be popularized into a rap song by the Wu-Tang Clan.
Come Drink With Me
The story is set during the Ming Dynasty, when the general’s son gets kidnapped by a group of bandits in exchange for their leader who still rots in prison. But the general’s offspring, Golden Swallow, decides to take on the bandits with her group. The current leader is far more sinister than she is capable of handling herself, and gets injured during the fight. She gets saved by a drunk beggar, Fan Da-Pei, who acts as her guardian angel. The title is an obvious reference to Fan, who invites the heroine for a cup of alcohol. Little does she know that he’s actually a renowned master of kung fu. Well-known for its fight direction and cinematography in its day, it broke many rules by introducing a female protagonist in its lead. Watch for the epic conclusion that takes place between Fan Da-Pei and the leader of the bandits.
The One-Armed Swordsman
It tells the story of our protagonist, Fang Kang, who is ostracized by others at his martial arts school because of his poor background. He leaves the school in order to let his master have some sense of peace, when he’s met by his daughter Pei Er. She cuts off his arm because of his indifference. Later, when he wakes up, he finds himself nursed back to health by a peasant girl. Disillusioned at first, because his sword-fighting days are over, he regains his confidence when he gets a manual from his savior teaching one-handed swordplay. But when bandits decide to kill his master and take over his school, will he keep his vow of never fighting again? Watch the movie to find out. The film launched the career of superstar Jimmy Wang.
Five Deadly Venoms
The master of the Poison Clan relays his last wish to his student Yan, that the fortune he amassed is under threat from his former pupils, each a master of his own style. The styles are Centipede, Snake, Scorpion, Lizard, and Toad. Yan must use his wits and all his strength if he needs to survive against these deadly foes. The movie inspired the characters of Kung Fu Panda, to have their similar styles akin to the Five Deadly Venoms.
Dirty Ho
A prince who wishes to keep his identity a secret, and a thief who actually has morals, meet. What happens next? The story follows Wang, the prince of the Manchuria, as he tries to escape the assassins sent after him. He meets Ho during one of his encounters. Will he succeed in making Ho his bodyguard? Will Ho ever accept the prince as his master? Watch this action-packed film filled with great martial art sequences, to find out.
The Eight Diagram Pole Fighter
The Song Dynasty is a peaceful kingdom in China, until it was betrayed by its general Pun Mei. In an ambush planned with the collaboration of the Liao Dynasty, four sons are killed. The fifth is too traumatized by the events, and the sixth takes refuge in a Buddhist monastery. Because swords are forbidden inside, he begins training using a pole, remembering the spear techniques of his clan. When his sister Yeung Baat-Mui gets kidnapped, can he hold on to his vow of not killing? Watch to find out.
King Boxer
The story follows Chi-Hao, a young martial arts student who has fallen in love with his master’s daughter, and wants to live a normal life. But his master agrees to it on a condition that he learns the Iron Fist from a superior master, to avenge his humiliation from the local mafia. With betrayal at every corner, will he succeed in his master’s quest? This is also known as the Five Fingers of Death. Watch this movie, recommended to be Quentin Tarantino’s 11th favorite.
The Boxer From Shantung
Ma and Xiao are two laborers trying to scrape by in the crime-plagued city of Shanghai. When the crime boss Tan Si finds his talent of boxing to be worthwhile, he introduces him to the concept of underground fights. Ma slowly rises to the top by sheer talent, but will he hold on to his sanity and humility with the ruse of money and power at every step? That is something you will have to find out by watching the movie.
Kid With the Golden Arm
When Yang is asked by the government to escort a cargo of gold, he hires the services of Ming and Leng. Will they be enough, as the Chi Sah gang boasts of the talents of Silver Spear, Iron Robe, and Brass Head? They also have their unbeatable leader Golden Arm, prominent because his arms and legs are tough as gold. Do not miss this movie!
Heroes of The East
Ho Tao is a martial arts student who has an arranged marriage with a Japanese woman. When he discovers that she knows martial arts, and is not as lady-like as he presumed, she leaves for her home country. As a form of apology, Ho Tao sends an invitation for all fighters to prove their martial art skills. But unfortunately, this letter reaches her master Takeno, who finds it insulting, and the tournament results in a last-man standing match. Will Ho Tao succeed in the tournament, ending in a spousal reunion? Find out in this epic tale of kung fu fighting.

The Shaw Brothers are known for the martial art movies, and have shifted their efforts to the television industry. Many Shaw Brothers movies have been digitally restored, which means that the viewers will get to see it in HD with restored sound and quality. Hopefully, with the advent of technology, they may produce kung fu movies that happen in outer space! If you have any of your favorites, please feel free to share your thoughts with everyone in the comments section below.