Unimaginable Net Worth of the Highest Paid Actors of All Time

Actors these days seem to be paid exorbitant amounts for the movies they sign up for, with the one billion mark not all too far away. Here's a look at some of the highest paid actors of the industry, and some of their highest-grossing movies. 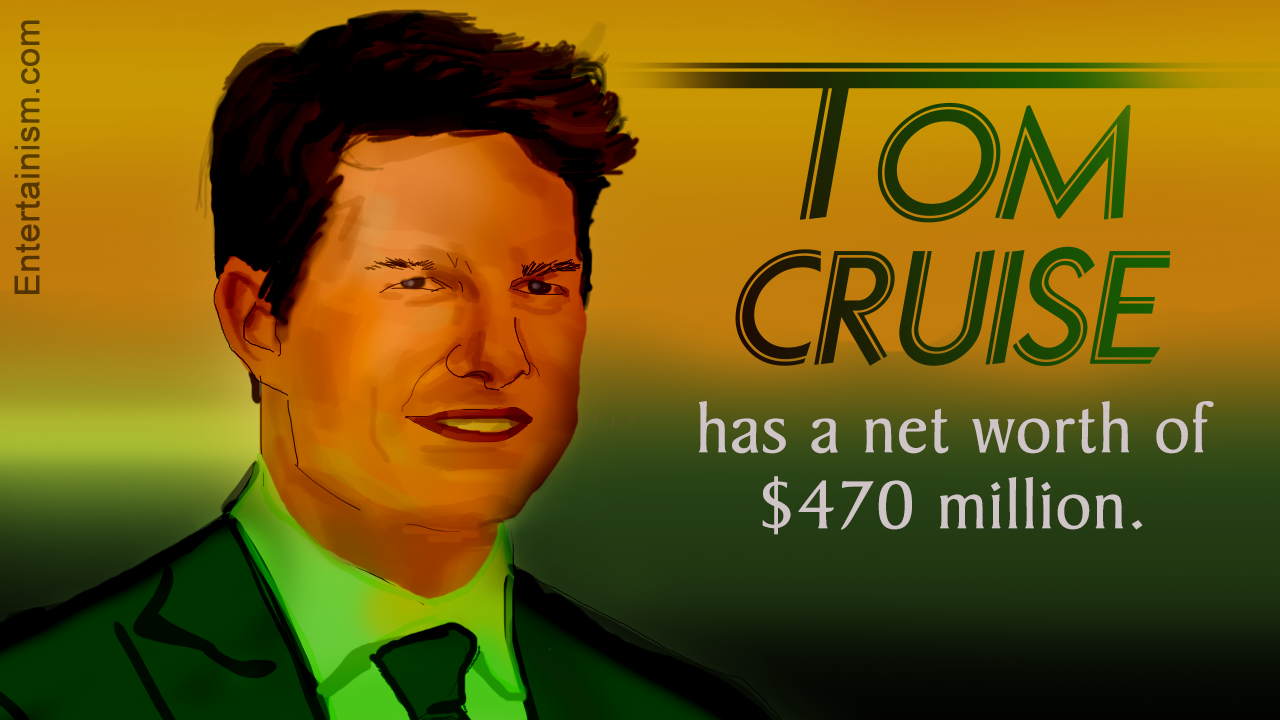 Actors these days seem to be paid exorbitant amounts for the movies they sign up for, with the one billion mark not all too far away. Here’s a look at some of the highest paid actors of the industry, and some of their highest-grossing movies.

The entertainment business is a lucrative industry. Actors from all walks of life have showcased their skills and have been rewarded generously. Rags-to-riches stories have become a cliché today, and actors over time have cashed in on millions through their careers.

Movies today, have transitioned into a billion dollar industry. 3-D movies seem to be the order of the day with astonishing budgets and production costs. Avatar raked in an astounding $2,800,000,000; (that’s 2.8 billion in case your counting!) worldwide. Movies go big and the actors get paid magnificently. A glance at some handsomely paid actors through time.

Johnny Depp is an actor par excellence. Apart from being one of the highest-paid stars in Hollywood, he also happens to be a great producer, director, screenwriter and musician. He made his mark in the entertainment industry, with his role in the television series 21 Jump Street.

He then went on to be instrumental in the box office success of films like, Edward Scissorhands, Sleepy Hollow, Charlie and the Chocolate Factory, Alice in Wonderland, and the Pirates of the Caribbean series.

He won the Golden Globe for Best Actor for his role in the film, Sweeney Todd: The Demon Barber of Fleet Street, and the Screen Actors Guild Award for Pirates of the Caribbean: The Curse of the Black Pearl.

His latest movie Pirates of the Carribean 5 made huge numbers at the box office.

“A dishonest man can always be trusted to be dishonest. It’s the honest ones you can’t trust.”
Captain Jack Sparrow, “Pirates of the Caribbean: Dead Man’s Chest”

Tom Hanks is probably one of the most talented actors in Hollywood. He has to his credit some of the most memorable roles ever, including the ones in Apollo 13, Big, You’ve Got Mail, Sleepless in Seattle, Catch Me If You Can, to name a few.

This versatile actor can handle both the serious roles, and the lighter ones with relative ease. He has a keen eye for production and direction as well. There are simple yet strong undertones to the characters he plays in movies.

He won the Golden Globe, and Academy Award for Best Actor, for his role in Philadelphia, and for a second time for his performance in the movie Forest Gump. At age 45, he also became the youngest recipient of the AFI Life Achievement Award in 2002.

“I know what I have to do now. I gotta keep breathing. Because tomorrow the sun will rise. Who knows what the tide could bring?”
Chuck Noland, “Cast Away”

An extremely talented actor, Adam Sandler is amongst the best comedians in Hollywood today. A lot of his movies have grossed over $100 million at the box office, which is quite an achievement for a comedy actor. Some of his best roles include the ones in the movies Billy Madison, Happy Gilmore, The Waterboy, Big Daddy and Mr. Deeds.

He now has his own production company, which has produced quite a few box office hits. He is also a good screenwriter and musician.

“Wasted is when you have a hankering for ice cream.”
Lenny Feder, “Grown Ups”

The highest-paid actor in Hollywood (as of 2012), Tom Cruise has over the years become the face of Hollywood. Few people would ever believe that he was dyslexic for a major part of his life.

He has starred in some of the biggest hits at the box office, such as Top Gun, Rain Man, the Mission Impossible series, Vanilla Sky, Minority Report, and Jerry Maguire — which saw him being nominated for the Best Actor Award at the Academy Awards.

His generous and compassionate nature makes him one of the most-liked celebrities of Hollywood.

“Even in my dreams, I’m an idiot who knows he’s about to wake up to reality.”
David Aames, “Vanilla Sky”

Leonardo DiCaprio is best remembered for playing the role of Jack, in arguably one of the greatest movies of all time – Titanic. An extremely versatile and gifted actor, Leonardo went on to star in many Hollywood blockbusters, like The Aviator, Catch Me If You Can, Inception, Gangs of New York, The Departed, Blood Diamond, and Shutter Island.

Apart from being a fantastic actor, he is a producer, and is also an active environmentalist. He has been nominated for the Academy Awards, and won the Golden Globe for Best Actor for his performance in the movie The Aviator.

“When you kill a king, you don’t stab him in the dark. You kill him where the entire court can watch him die.”
Amsterdam Vallon, “Gangs of New York”

Han Solo from the Star Wars trilogy, Harrison Ford has had a very illustrious career spanning 6 decades. He played the protagonist in the Indiana Jones series. His notable roles include some of the greatest movies of all time, like Presumed Innocent, Air Force One, and What Lies Beneath.

He topped Empire’s list of the Top 100 Movie Stars of All Time in 1997. Ford, who is also a producer, has seen a string of not-so-successful movies in recent times, although his works have always been appreciated by his faithful audience.

“You want to talk to God? Let’s go see him together.”
Indiana Jones, “Raiders of the Lost Ark”

Veteran actor Robert De Niro has been in the industry for over 5 decades, and is one of the living legends of Hollywood. He is best remembered for playing the role of Vito Corleone in Godfather II. He rose to fame with his performance in the movie Raging Bull, which earned him the Academy Award for Best Actor.

He has also won the AFI Life Achievement Award, and the Golden Globe Cecil B. DeMille Award. Amongst his most famous movies are New York, New York, Midnight Run, Analyze This, Meet the Parents, Goodfellas, and Penny Marshall’s Awakenings. He is also a very successful director.

“Everybody would be nice to you if they knew you were dying.”
Bruce Pearson, “Bang the Drum Slowly”

Described as one of the world’s most attractive men, Brad Pitt is also one of the most powerful celebrities in Hollywood. He, along with his partner, Angelina Jolie are amongst the famous couples in the entertainment industry.

Revenge”Revenge. Sweet lasting revenge. Now it’s time for all of us to get a taste.”
Michael Sullivan, “Sleepers”

One of the biggest stars of the 70s, John Travolta has had a rather rollercoaster of a ride through most of his career. His rise to fame was his role in the movie Saturday Night Fever, which he followed up with another stellar performance in the movie Grease.

After a not-so-eventful decade, he was back in the spotlight with the movies Pulp Fiction, Face/Off, Ladder 49, and Wild Hogs. His role in the movie Get Shorty, won him the Golden Globe Award for Best Actor – Motion Picture Musical or Comedy.

“Misdirection. What the eyes see and the ears hear, the mind believes.”
Gabriel, “Swordfish”

Winner of three Golden Globes and an Academy Award, George Clooney is amongst the finest actors of Hollywood. He was voted as the Sexiest Star of All Time by TV Guide in 2005.

He was a part of many famous movies, like Batman & Robin, Out of Sight, Three Kings, the Ocean’s movies, Syriana (Academy Award for Best Supporting Actor), Michael Clayton, Up in the Air, and the Descendants.

He is also a very successful director, and has directed the critically-acclaimed Confessions of a Dangerous Mind. He is well-known for his humanitarian works, especially during the 2010 Haiti earthquake.

“Okay, I want him out of here, in his car, and down the road or you can change the name of this place to Benny’s World of Blood.”
Seth Gecko, “From Dusk Til Dawn”

The coming years will mark a significant rise in the production, profits and incomes of most actors. New benchmarks of incomes are consistently established and the bar is raised only to be changed again by different actors. Who will take the first place this year? Will we see someone break the 100 million barrier? Only time will tell.