Here’s a Plethora of Some Very Interesting Facts About Hollywood

Very few places can be truly described as having legends galore. However, Hollywood is definitely one of them. The very name 'Hollywood' brings to the mind an aura of glamor and luxury. Read on for some interesting facts about Hollywood. 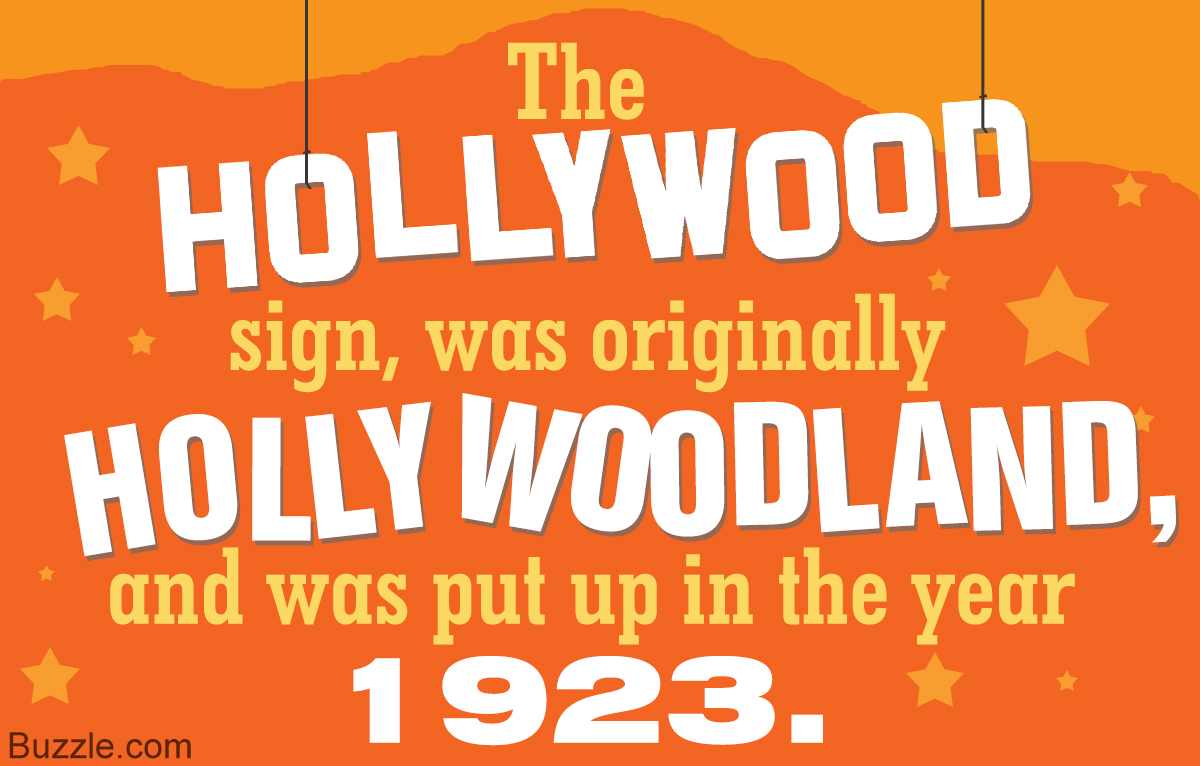 Very few places can be truly described as having legends galore. However, Hollywood is definitely one of them. The very name ‘Hollywood’ brings to the mind an aura of glamor and luxury. Read on for some interesting facts about Hollywood.

Hollywood is a district in Los Angeles, California. It is identified as one of the most happening places in the world, and is used as a metonym for the motion picture industry of the United States.

H. J. Whitley, a real estate developer from Canada coined the name Hollywood. He is known as the Father of Hollywood. It is said that he and his wife Gigi, came up with the name when on their honeymoon in 1886. The nickname of Hollywood is Tinseltown. Being the work-zone for some of the most famous (and infamous), influential, and affluent people in the world, there are a plethora of interesting, weird, and funny facts that are associated with this place. 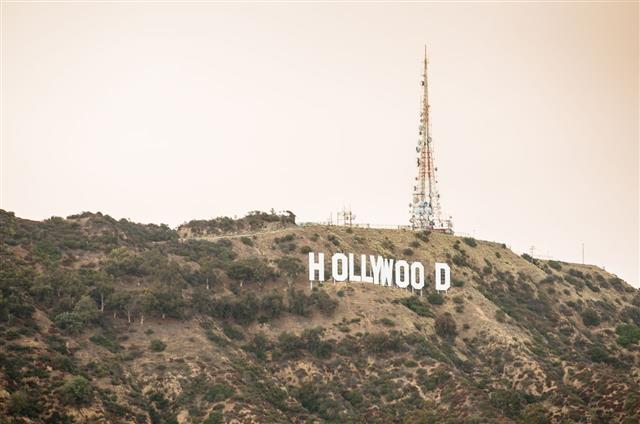 The Hollywood sign, located on Mount Lee in the Santa Monica Mountains in Southern California, is one of the most recognized landmarks in the world.

In 1923, Harry Chandler, an investor, and the then owner of ‘The Los Angeles Times’, built the famous Hollywood Sign to advertise the area ‘Hollywoodland’. The total expense for this advertisement was $21,000. Initially, it was built to last only for eighteen months.

In 1939, four thousand twenty-watt bulbs were put to illuminate the signboard, and a caretaker was appointed to maintain the same.

Over time, the alphabets of the sign began to deteriorate and fall down. To restore them, a public campaign in the form of an auction was started in 1978, where celebrities like Hugh Hefner, Gene Autry, Alice Cooper, and others managed to raise $250,000.

Although it is illegal to modify the sign in any way without prior permission, it has been done on quite a number of occasions. Some of the altered names were: ‘HOLLYWEED’ (1976), which was done after a state law was passed that decriminalized marijuana; ‘GO UCLA’ (1993), for the annual UCLA-USC game; ‘SAVE THE PEAK’ (2010), as a part of a campaign to protect the land around the sign. 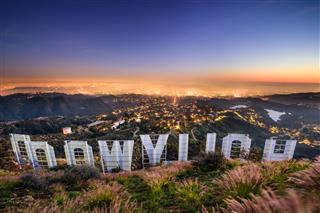 A tragic fact associated with the sign dates back to September 1932, when Broadway theater actress Peg Entwistle committed suicide by jumping off the letter ‘H’ of the sign.

In May 1927, a Chinese theater known as ‘Grauman’s Chinese Theatre’ was opened in Hollywood. It is one of the most popular and legendary theaters in the world. This Chinese theater is a major tourist attraction. Featuring an attractive jade-green bronze roof, which is 90 feet high, Grauman’s Chinese Theatre houses many artifacts from China, and is truly a Chinese landmark in Hollywood. One of the courts of the theater has the foot and hand prints of various Hollywood legends such as Marilyn Monroe, Judy Garland, John Wayne, Jack Nicholson, etc.

The ‘El Capitan Theatre’ in Hollywood Boulevard hosts many live stage shows and world premieres of the movies. The Walt Disney Company and Pacific Theaters of Warner Brothers renovated it in 1989. 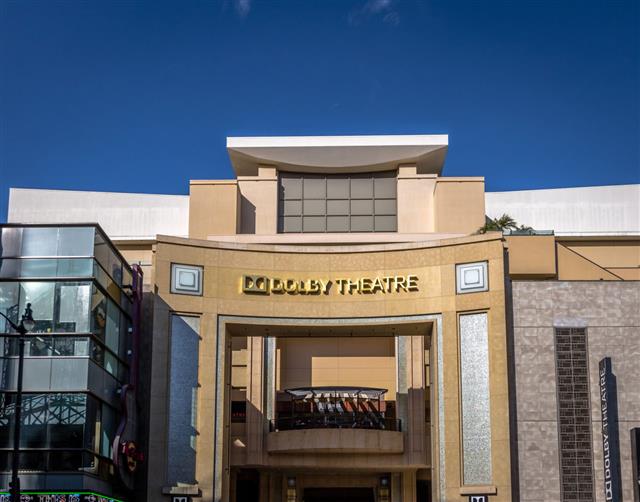 In November 2001, ‘Kodak Theatre’ with a seating capacity of over 3,000 was opened in the heart of Hollywood. This theater has become the first permanent location of the Academy Awards. It is now known as the Dolby Theatre.

Other famous theaters include the ‘Egyptian Theatre’ and ‘Pantages Theatre’. These theaters run behind-the-scenes of movies, and feature dance performances and musical concerts. 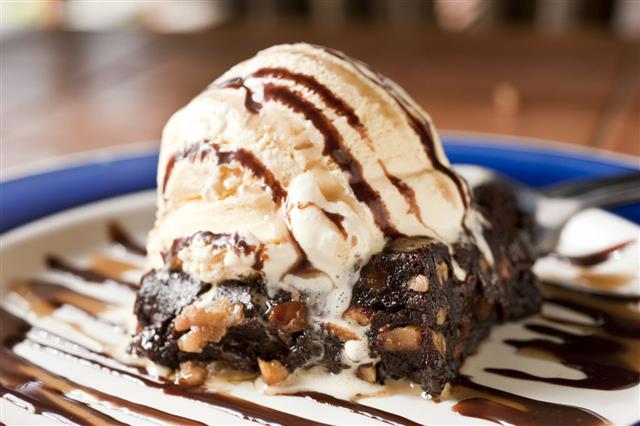 Hollywood was also home to C.C. Brown’s Ice Cream that is renowned for inventing the Hot Fudge Sundae. It closed down in 1996.

The ‘Hollywood Hotel’ near the northwest corner of Hollywood was the first hotel where the elite and movie stars of the yesteryear gathered for lunch or dinner.

‘Cafe Montmartre’ was the first nightclub of Hollywood. It is believed that actress Joan Crawford was discovered here.

One of the oldest restaurants favored by many in Hollywood is the ‘Musso & Frank Grill’. It has been the prime destination of many Hollywood greats like William Faulkner and Ernest Hemingway.

In 1996, famous Hollywood actor Charlie Sheen bought 2,615 tickets to a baseball game, so that he could practice catching the ball when it was hit for a home run.

Walt Disney, the man who created Mickey Mouse, had an intense fear of mice.

Much before Pierce Brosnan rose to fame, he worked in a circus as a fire-eater. 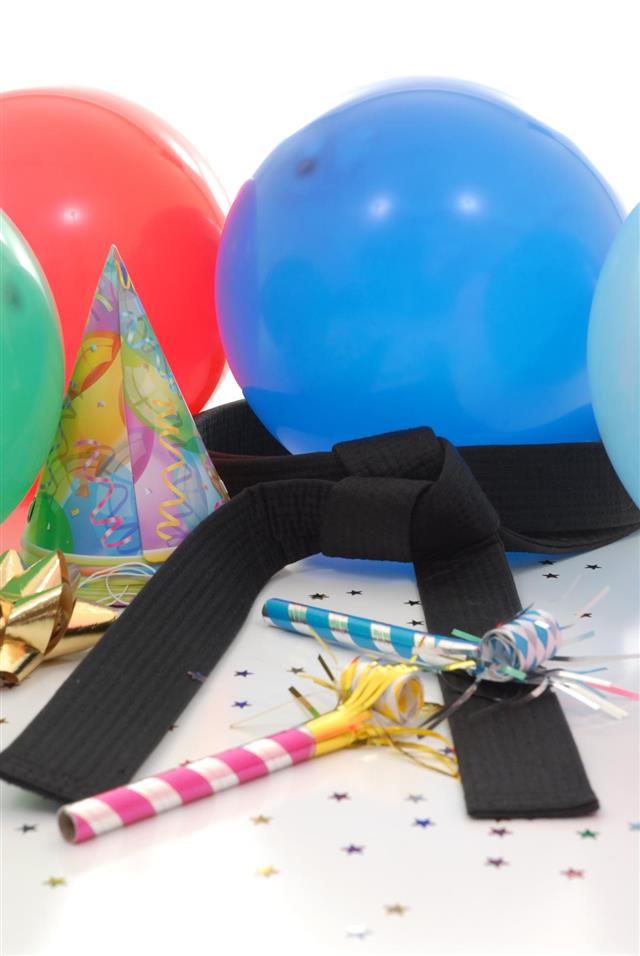 Taylor Lautner, of ‘Twilight’ fame, is a black belt in Karate, a feat that he achieved at the age of eight years.

James Cameron, the famous director of epic movies like ‘Titanic’ and ‘The Terminator’, was a truck driver before he made his way through the film industry.

Hugh Hefner, founder of ‘The Playboy’ magazine, did not lose his virginity till he was 22 years old.

Nicole Kidman, of ‘Days of Thunder’ fame, suffers from Lepidopterophobia, an intense fear of butterflies.

The ‘Dark Knight’, released in 2008, is the first Batman movie to not contain the word ‘Batman’ in the title.

In ‘When Harry Met Sally’, the infamous scene where Meg Ryan fakes an orgasm in a restaurant, was originally supposed to be just a conversation about fake orgasms between Harry and Sally. However, it was Meg Ryan herself who suggested she could actually fake an orgasm in front of the restaurant customers. Rob Reiner, the director of the movie, immediately agreed.

In ‘The Shawshank Redemption’, the role of Tommy Williams, played by Gil Bellows, was originally offered to Brad Pitt.

In the movie ‘The Birds’, directed by Alfred Hitchcock, Tippi Hedren actually got hit by one of the birds while shooting.

In the 1978 horror film ‘Halloween’, the budget of the movie was so tight that the mask used for the killer was actually a James Kirk mask painted white.

In the 1997 blockbuster movie ‘Titanic’, Kate Winslet’s sketch that Leonardo DiCaprio appears to be drawing, was actually drawn by James Cameron.

In many of Bruce Lee’s movies, the shot had to be slowed down because Bruce Lee’s movements during action sequences were so fast, that the camera was unable to capture them.

The 1941 movie ‘You’re in the Army Now’, holds the record for the longest kiss ever recorded in Hollywood, with the kiss lasting for 3 minutes.

In the Colosseum scenes in ‘Gladiator’, the spectators in the bottom two levels are actually filled with people, and everyone else is computer-animated.

During the filming of ‘Cast Away’, Tom Hanks was so committed to the film, that for months he did not work out so that he could start looking like an average middle-aged man. Then, for the scenes where he had to portray a man stranded on an island, the production was halted for a year because Hanks began the process of losing fifty pounds. 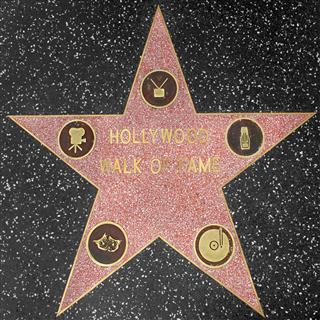 These were only a handful of interesting facts about Hollywood. Such is the nature of ‘Tinseltown’ that facts like these will just keep on increasing as time passes by. Well, no one’s complaining!!