The Cast for Jersey Shore’s Season 4 was Absolute Glitterati

After three successful seasons, the crew of Jersey Shore plan to head to Italy, to shoot season 4. But what's the cast like this season? Let's find out... 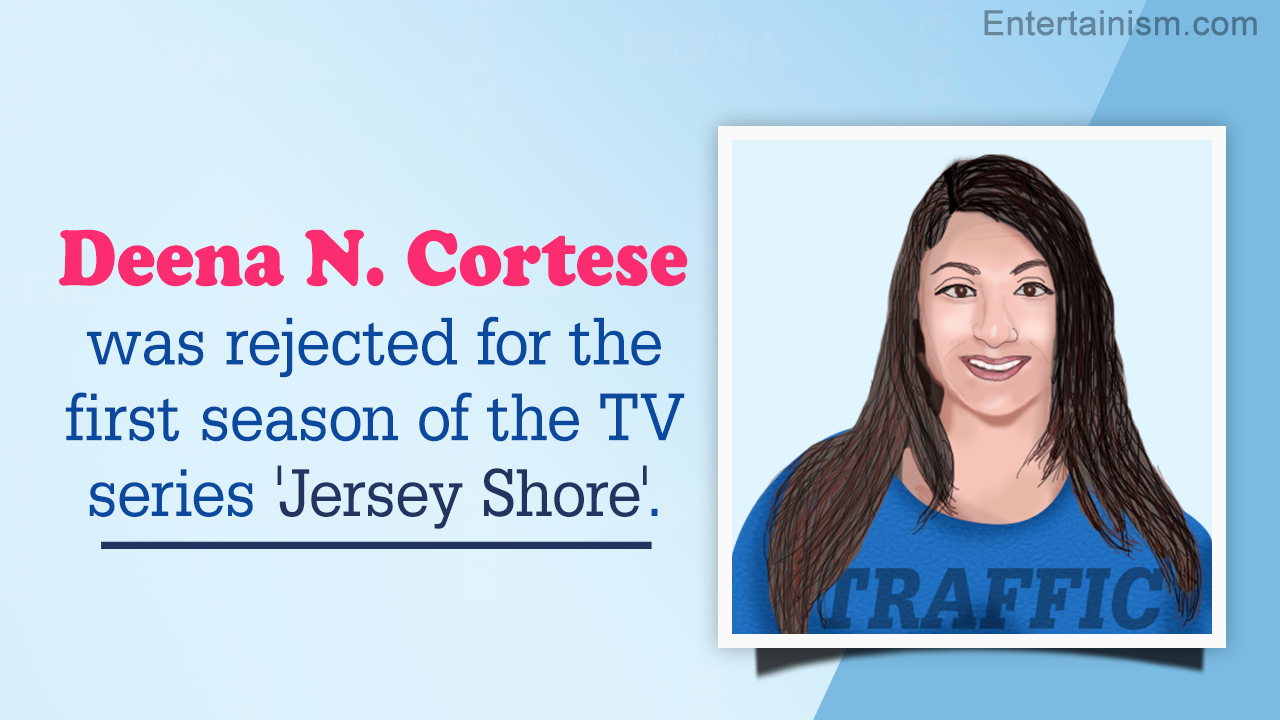 After three successful seasons, the crew of Jersey Shore plan to head to Italy, to shoot season 4. But what’s the cast like this season? Let’s find out…

Who doesn’t recognize the alarmingly orange glows and poofed hair? It’s all about the eight Guidos and Guidettes, who know how to relish spending time with each other. The show that has been ranked numero uno in the category of reality shows. With around 9 million viewers across the globe, this show is christened as one of the most watched series televised ever. Here’s Jersey Shore for you, with the third season almost brought to a close, and filming of Season 4 to be carried out in Italy. The cast is up for grabs about the part of Italy they’ll be going to, but it’s likely for them to visit Vinny’s family and trade Gorillas for Italian stallions. So, here’s a sneak-peek of the entire cast of the season 4 of Jersey Shore, pitched in for you to get an insight about. Take a look.

The show’s creators are happy with their cast, and won’t be adding any new members. The cast has been kept entirely original for whatever is going on for all the successful seasons. However, the only change has been the departure of Angelina Pivarnick (for good!) during season 2, thus, leaving seven housemates. However, the producers soon brought Deena, Snooki’s buddy, as a surprise roommate right at the onset of the third installment of Jersey Shore, who definitely bonded with the rest of the housemates with ease. Well, millions of Jersey Shore fans welcomed her with arms wide open. Here goes all the information about the eight members of the Jersey Shore – season 4.

Nickname: Snooki
Born in Santiago, Chile, Nicole Polizzi received her nickname, Snooki, when she was in middle school. Her journey began from the day she responded to a Facebook ad that called for all the ‘Guidos and Guidettes’, and gained popularity after an incident of a man having punched her in the face during a bar confrontation. The New York Times have identified her as the breakout member of the entire Jersey Shore cast. What’s more, she was also one of the most popular costumes for Halloween in the year 2010. May be that’s a result of her somewhat strange appeal.

Nickname: The Situation
Famous as ‘The Situation’, Michael Sorrentino is an assistant manager at a fitness center in Staten Island. Sorrentino has been a part of the eleventh season of reality show Dancing With the Stars in 2010, where his partner was Karina Smirnoff. However, he was eliminated in the fourth week of the show. In 2010, Sorrentino was acclaimed as the second highest reality show earner, after Kim Kardashian, with a gross income of $5 million accrued through various endorsements, Reebok Zigtech footwear, Devotion Vodka, a workout DVD, and a clothing line, to name a few.

Nickname: Jwoww
She is a graphic designer as well as a club promoter from Franklin Square, New York. Best known for her robust personality in Jersey Shore, Farley was in a relationship at home, but cheated on her boyfriend with castmate DelVecchio, which she brought to an end during the third episode itself. Farley is no less than a ‘drama queen’ in the show, and hence, it is called that wherever she is, drama ought to happen.

Nickname: Pauly D
He’s a famous disc jockey from Johnston, Rhode Island, and is best known for spending 25 minutes on his hair daily! He recognized his passion for music at a tender age of 16, and started DJing henceforth. This Italian-American DJ was in a relationship with Jennifer Farley, but the relationship didn’t work out. Pauly D was also nominated for ‘America’s Best DJ’ contest.

Nickname: Muscle Man
Ronnie Ortiz is of Puerto Rican/Italian descent, and is native to Bronx, New York. Born in 1986, he is the on-and-off boyfriend of Jersey Shore cast member Sammy Giancola. He might appear to be a brawler, but is a lover just wanting to spend a good time on the show. During the show he develops tensions with Michael ‘The Situation’ Sorrentino, but bonds well with the rest of the crew, being a loyal friend that he is.

Nickname: The Blast
She was rejected in Season 1, but soon joined the cast of Jersey Shore for season 3, replacing Angelina Pivarnick. Cortese is a longtime friend of Snooki, and refers to herself as a ‘blast’ in a glass. She’s a party freak, and definitely knows how to tone it down, and kick back.

Nickname: Sweetheart
Hailing from Hazlet, New Jersey, Sammi Giancola was a midfielder on the women’s soccer team in William Paterson University where she studied. In Jersey Shore, she stroke a relationship with fellow castmate Ronnie Ortiz-Magro, which soon ended. She already owns a perfume line, and recently has teamed up with RichRocks to create a jewelry line. Giancola has stayed as a serial dater, and is in Jersey Shore only to entertain.

Nickname: Mama’s Boy
He hails from the Staten Island, and is a natural entertainer. Vinny Guadagnino, who graduated from the ‘State University of New York’ at New Paltz, has managed to avoid most of the arguments on Jersey Shore, and hence, is the most innocent of the bunch. The fist pump dance that featured him was mimed all across the country, and now, infamously recognized. Since the season 4 of Jersey Shore is set to be held in Italy, Vinny is anxious, for it is going to happen in his own country.

Even though MTV winds down the third installment of Jersey Shore, it’s difficult to believe that it took hardly 15 months for the show to become people’s favorite. After having turned into a lucrative franchise for the channel, and having beat American Idol regularly, the show’s cast and crew packs bags for Italy, in order to give away a yet another successful season. For now, you just have to wait for Spring, as this is exactly what the season 4 cast does. Bask in!