2017 served up some delectable cinematic treats. From an epic war story in 'Dunkirk' to an eerie thriller in 'It'. When the movies from different genres hit the theaters and are appreciated well by the audience, that's when you know that the year has been successful. 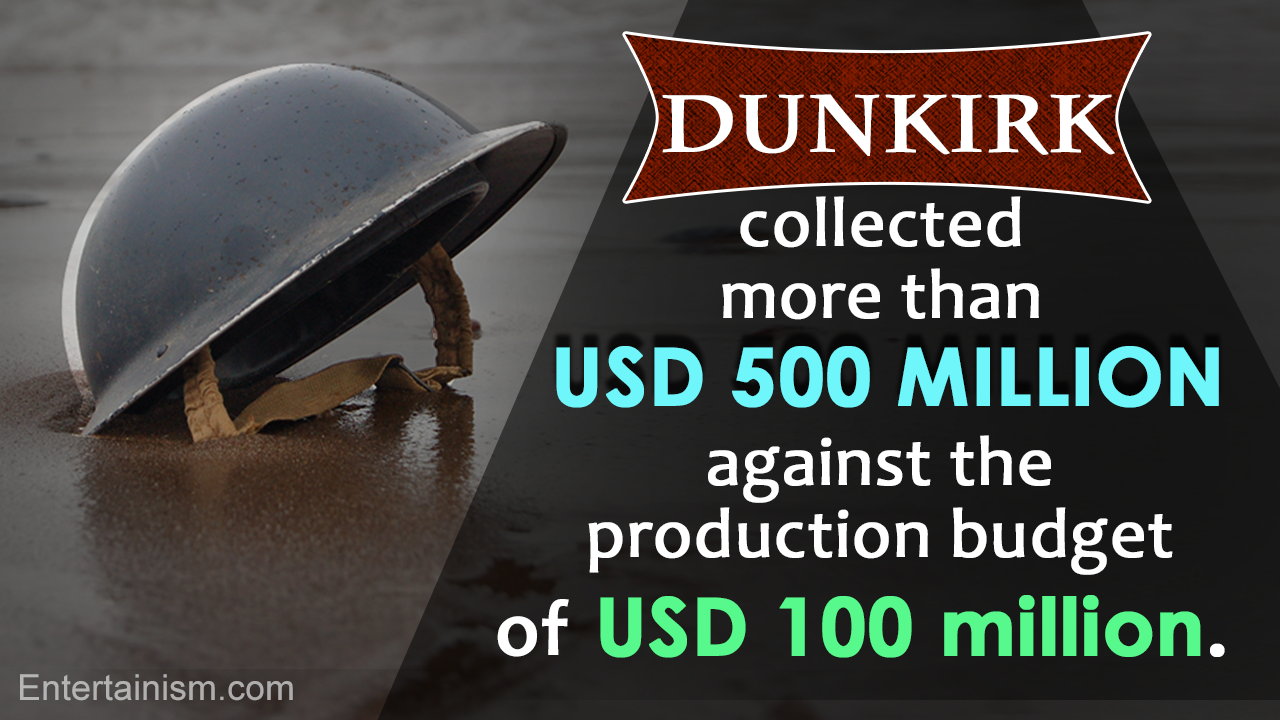 2017 served up some delectable cinematic treats. From an epic war story in ‘Dunkirk’ to an eerie thriller in ‘It’. When the movies from different genres hit the theaters and are appreciated well by the audience, that’s when you know that the year has been successful.

The year 2017 has been eventful with movies doing big box office business, and attaining new heights of film-making. There was something for everyone; where on one side the Marvel series launched yet another movie in its hit franchise, on the other, Christopher Nolan took on the humongous challenge of surpassing the standards set by his earlier venture ‘Inception’.

This year also witnessed some daring directorial debuts that caught a lot of attention. Here is the list of the awe-inspiring, record breaking, and trend setting movies of the year 2017:

The Andy Muschietti directed thriller drama ‘It’ is based on the 1986 novel of the same name by Stephen King. His novels are well known for its thrilling content. Some of his other works include ‘The Shining’ , ‘The Green Mile’ , ‘The Dark Tower’ and ‘Shawshank Redemption’, all of which are now major Hollywood movies.

The movie ‘Fate of the Furious’ directed by F. Gary Gray is yet another mind boggling addition to the blockbuster franchise ‘Fast and Furious’. This year the movie has broken all records with a box office collection of about USD 1.3 billion and had the biggest worldwide opening since 2002.

First in 1946, then in 1991, and now in 2017 the movie ‘Beauty and the Beast’ has never disappointed its audience, making them fall in the love with it in a new way every time. This year the Bill Condon directed movie was well-received, making it one of the highest grossing movies of 2017 with a box office collection of more than USD 950 million.

With the sad demise of Colin Firth’s character in the first movie ‘Kingsman: Secret Service’, the audience eagerly awaited the return of the movie and the character. Their patience was rewarded with an amazing sequel ‘Kingsman: The Golden Circle’ which gained mass attention. It also introduced some new characters played by Channing Tatum, Halle Berry, and Pedro Pascal.

One of the many interesting pieces in the prodigious puzzle of the Marvel series is the ‘Guardians of the Galaxy’ franchise. This year Marvel launched this piece which  laid out a path for the ‘Avengers: The Infinity War’, due next year. The movie has catered to all expectations this year, and is one of the highest grossing movies of 2017.

‘Spider-Man: Homecoming’ was undoubtedly one of the most awaited movies of 2017. Since his first appearance in ‘Captain America: Civil War’ in 2016, people had been eager to see Tom Holland reviving and redefining the character of Peter Parker. The movie was a blockbuster with a box office collection of more than USD 900 million.

The jukebox musical action crime movie ‘Baby Driver’ is yet another classy creation from the actor, director, writer, and producer Edgar Wright. The film is about a get-away guy Baby (Ansel Elgort) who is a guy next door on the streets, and a monster behind the wheels. The movie is an amalgamation of apt humor, jukebox box music and jaw-dropping car stunts.

The movie ‘Logan’, directed by James Mangold is a critically acclaimed addition to the  Marvel franchise ‘Wolverine’ starring Hugh Jackman. The story is based in the near future, where an aging Logan meets a young mutant girl. The movie garnered  a healthy response and did a box office business of more than USD 616 million.

The Thor series continues its success with another smashing hit. Thor: Ragnarok has not only pleased the audience but also the critics. The hammer wielding avenger, is now trying to protect his own home and the Asgardian civilization from the omnipotent Hela. The story is catching as Thor meets his fellow avenger The Hulk in his quest. It has gone on to earn more than USD 800 million worldwide.

The directorial debut of the American actor/producer Jordan Peele has caught everyone’s attention, with the superb writing, directing, and acting. The movie with a budget of USD 4.5 million went on to earn a whopping USD 252 million at the box office.

The fighter plane sequence in the movie was shot with real fighter airplanes, to keep the special effects to a minimum, and to elevate the experience of the audience. The movie did a box office business of nearly half a billion dollars.With the bar of expectation raised to the sky with his earlier work in the movie ‘Inception’, Christopher Nolan had a humongous job at hand. Nolan executed the story of the evacuation of 330,000 Allied soldiers during the Second World War with excellence.

The year that has already turned out to be full of blockbusters and movie franchise giants breaking all the records. The eyes of the audience are now awaiting for the above movies. Some of them are rumored to overwhelm the expectations of its fans making the year even more fun.