Negative Effects of Television You Can’t Afford to Ignore

While merrily watching television, we seldom think that it may affect us negatively. We rarely think about the damaging effects it can have on our mind and body. Here is a look at the negative effects of television.

While merrily watching television, we seldom think that it may affect us negatively. We rarely think about the damaging effects it can have on our mind and body. Here is a look at the negative effects of television. 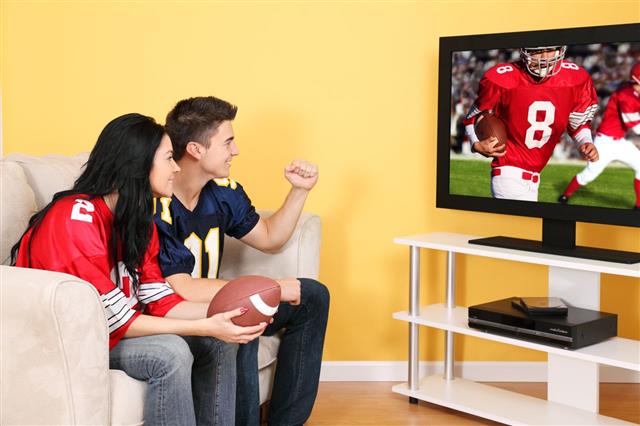 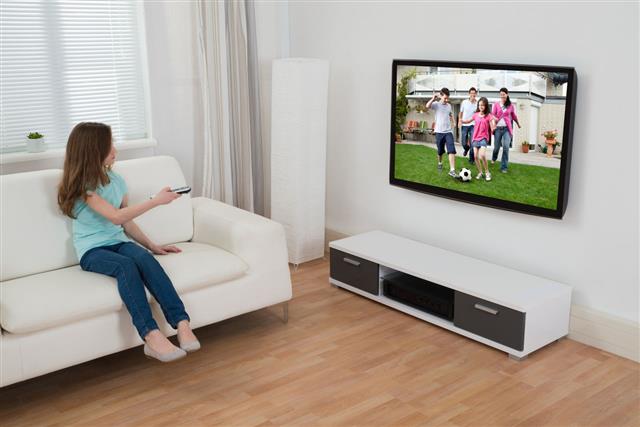 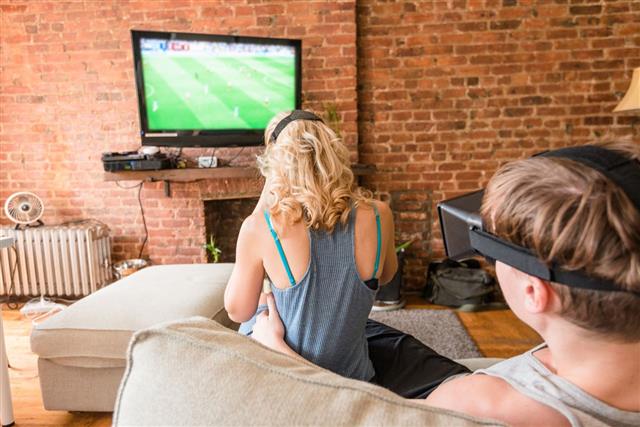 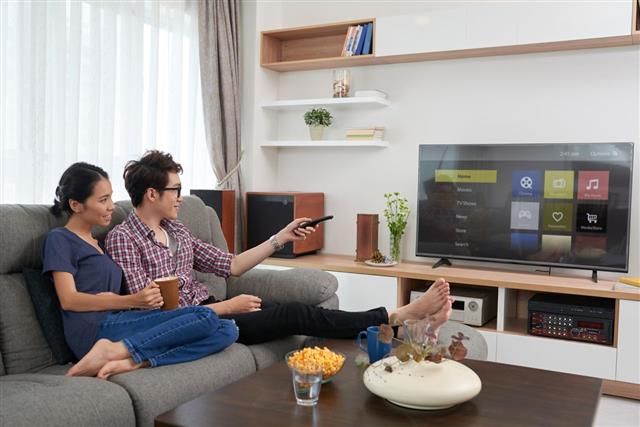 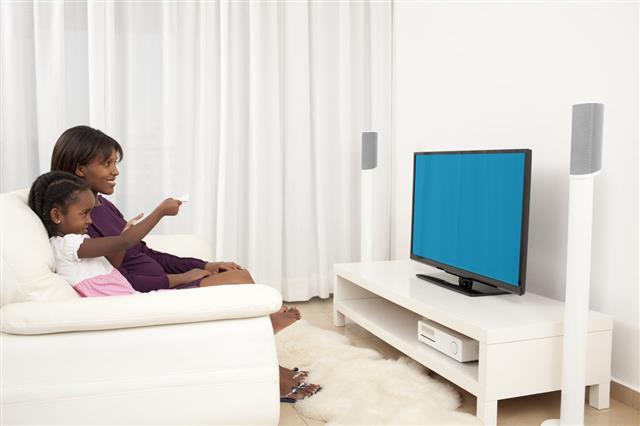 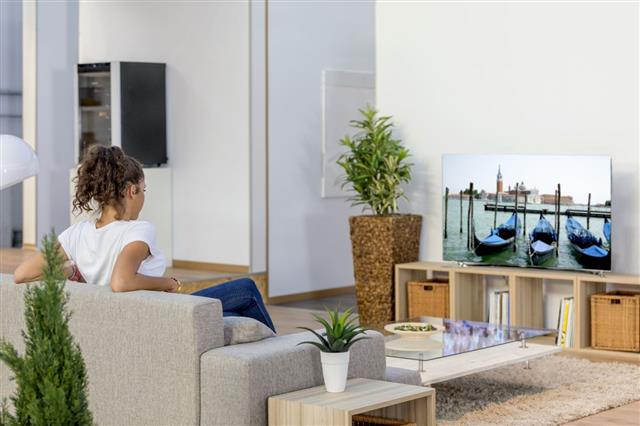 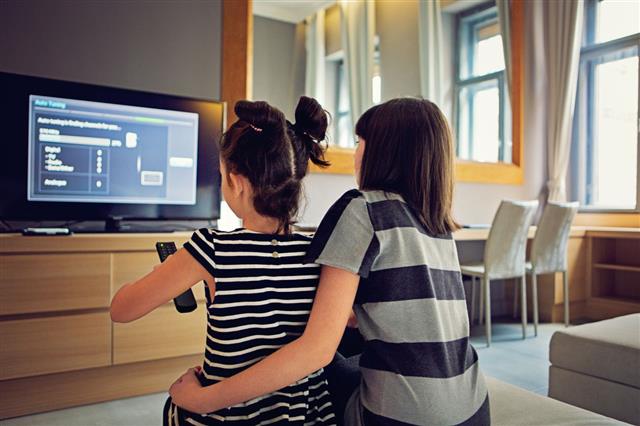 The American Academy of Pediatrics recommends a maximum of two hours of daily TV viewing for kids and adults.

Has watching television become an essential part of your routine? Do you have the habit of watching TV for long hours after returning from work? Do you and your family watch it regularly during meals or before bedtime? If your answer to all these questions was positive, it is time you cut down on your TV viewing, and incorporate healthier activities like exercising and reading, into your daily schedule. You don’t want yourself or your children turning into couch potatoes. Limit your screen time, as the negative effects of television are many.

Spending too much time watching television, consumes the precious time that can rather be spent in productive and healthy activities like exercising or reading. It uses up the time that you can rather spend with your family and friends. Spending time with them in conversations or other fruitful activities is preferable to watching TV. This habit has a negative impact on the physical and psychological health of people of all ages. This Entertainism article talks about the negative effects of TV.

✦ A study published in the Journal of the American Heart Association says that adults who watch television for three or more hours daily are at a two-times higher risk of premature death than those who watch TV for an hour or less daily.

✦ Watching TV is a sedentary activity. Moreover, it could lead to overeating in some, further adding to the health hazards associated with television viewing. Mental engagement while watching TV, to an extent, numbs the sensation of feeling full after eating, which may lead to excess food intake, further resulting in obesity and the associated health problems.

✦ Those watching too much television, especially youngsters, start identifying with what is shown on TV. They relate to television shows and films to such an extent that they get bored of living a normal and simple life. They crave for fame and riches; they yearn for living the lives of their favorite TV characters. This may lead to dissatisfaction and frustration. As real life is the contrast of what is portrayed on TV, such TV addicts become hungry for power, money, and status.

✦ Studies in psychology have shown that watching intense emotions on television leaves a long-lasting impression on one’s mind. Horror scenes or other frightful scenes on television have a negative impact on the minds of people watching. Verbal, physical, or any other form of abuse shown on TV has a psychological effect on the viewers.

✦ A survey by the sociologists from the University of Maryland indicates that happy people watch television for an hour less daily, than those suffering from depression.

✦ Exercising and socializing are active engagements as opposed to watching TV which is passive. Not many TV programs require you to think. They bombard content on your senses and you passively receive it. Watching TV for long hours can diminish your creative and analytical thinking abilities.

✦ The imaginary world that TV exposes you to, might seem to be an escape from the real world problems, but it isn’t so. Watching too much TV is not a way out of problems, it’s rather a way to them. It burdens the brain and increases levels of stress and anxiety.

On Kids and Adolescents

✦ Children today watch television for long hours. Many a time, they spend the evenings watching their favorite programs on TV. At times, they stay up late to watch TV. This activity adds to their sedentary hours. The addiction to television deprives them of their time to play, read, or engage in more fruitful activities. Moreover, watching television is detrimental to their eyesight.

✦ Television is bad, especially for kids, because of the kind of content featured on it. Sex, violence, and horror have a negative impact on young minds.

✦ The American Academy of Pediatrics has said that a child watching TV (non-educational content) for 3-4 hours daily will have seen about 8,000 murders on screen by the time he completes grade school.

✦ At that impressionable age, children may resort to violence and other negative behavioral patterns as shown on TV. They may become insensitive to violence. Violent TV programs encourage antisocial behavior in children and may lead them to behave rudely and indifferently with their peers.

✦ Sexual content on TV leads those vulnerable, towards sexual behavior. Children and teenagers form this vulnerable group. TV programs may not show the real picture, and if not given proper sex education, youngsters may engage in sexual behaviors that are unsafe or unacceptable.

✦ When an actor or TV celebrity is shown performing a stunt, teenagers tend to copy his acts without considering the risks involved. An actor, as a part of the TV program or movie, may be shown engaging in a risky behavior such as smoking or drinking. Kids and youngsters may feel like imitating that behavior, thinking of it as casual or cool.

✦ Television is an effective medium used to promote all kinds of products. Attractively presented advertisements and film stories deeply impact the young, thus influencing their thoughts and behavior.

✦ At a young age, TV commercials are taken as real. Children fail to understand that advertisements are meant to promote a product and not all that is shown in them is true. This may lead the kids to make unwarranted demands to their parents, and it may lead them to want the wrong things. They may be exposed to advertisements of products not appropriate for their age, which may lead to a strange curiosity or incomplete knowledge about that product.

✦ Commercials about fast foods, cold drinks, or other such products that are not good for health, are bound to have an impact on the children watching them. Unsupervised television watching in children can lead to an early exposure to things they may not understand or may misinterpret.

On Babies and Young Children

✦ Long hours of TV viewing is discouraged in pregnant women for the same reason as it is for any adult. Radiations from television have not shown to have any effects on the unborn child.

✦ Pregnant women should not watch TV for too long as it increases their time of inactivity, which is not a healthy habit during pregnancy.

✦ Women who watch TV while feeding may pay less attention to the baby’s needs. The habit of watching TV may continue into the child’s adulthood.

✦ A study done by Kaiser Family Foundation showed that about 43% children below the age 2 watch TV every day. In their study, 74% of the infants and toddlers were found to have watched TV before the age of 2. AAP says that babies and toddlers need a direct interaction with their parents or caregivers for a healthy growth and development of their brain. Kids under the age of 2 should be discouraged from watching TV.

✦ Though the results about the effects of TV on language development in toddlers are mixed, some studies suggest that children below two years of age learn words more effectively through human interaction than from watching TV. Researchers claim that attention deficit disorders in children are a result of watching television for long everyday. They say that watching television leads to developmental disorders, affecting that faculty of the brain which is responsible for language skills.

✦ Though young children do not seem to understand the program content, it does affect them; perhaps, much more than we realize. It was found that children aged two could form beliefs about brands advertised on television. 1-year olds were found to be avoiding an object on seeing an actress react negatively to it.

✦ The attention spans of young children have been found to be less when television is playing in the background. Children who watch more television and read less, show difficulties in paying attention or concentrating. Children spending long hours in watching television are more prone to attention deficit disorders.

✦ Long hours of TV-viewing naturally reduces the time kids spend with their parents, thus having a negative impact on parent-child interactions, which are an important part of early child development.

✦ Before going to bed, your mind should be calmed. The contrary happens when you watch TV just before going to sleep. The emotions in the programs’ content and exposure to light and sound stimulate the mind rather than relaxing it, which is not conducive to a sound sleep.

✦ Moreover, watching scary scenes or those involving intense emotions can stress your mind and lead to a disturbed sleep.

✦ The television should be turned off at least 30 minutes before going to sleep. Reading a book or listening to soothing music before going to bed can help induce sleep.

Watching it in the Dark

✦ Watching television in the dark strains the eyes. Your eyes have to adjust to the constant changes in light on the screen, which tires them. It can further cause dry eyes and headaches.

✦ Lighting the area around the TV while watching it, which is to say, not watching it in a dark room can reduce strain on the eyes.

Watching it while Eating

✦ Television acts as a distraction. Thus, watching it while having meals can make you less conscious of the amount and kind of food being consumed. Scenes involving intense emotions or fight sequences may make you eat more than what your body requires, and you may not even realize it, owing to your involvement in the TV program.

✦ Many acquire the habit of eating while watching TV, which is when long hours of TV viewing can have a direct impact on the food consumed, leading to obesity in the long run.

✦ Meal-time TV viewing during pregnancy is discouraged as this habit can affect the unborn child, and may also continue after delivery, affecting the newborn. According to a research at the Pediatric Academic Societies (PAS), habits during pregnancy have long-term effects on children, and reducing meal-time TV viewing in pregnant women can turn out to be a step towards preventing early childhood obesity.

Television is a means of recreation but its excessive use is detrimental to one’s physical and mental health. To strike a balance, the TV-viewing time should be restricted and only age-appropriate TV programs should be viewed. 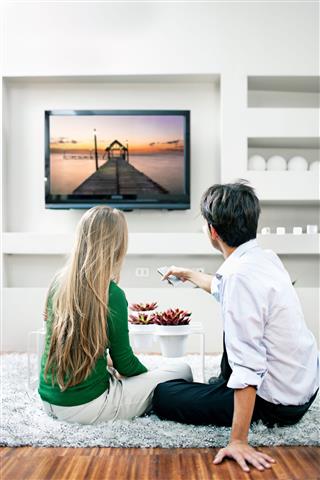 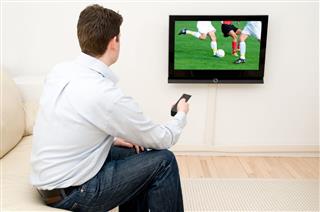 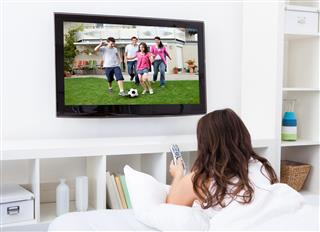