Six years and six scintillating seasons later, and we just can't help but miss television's hottest girl brigade. Entertainism is taking a trip down memory lane to bring you the best and most memorable quotes from Gossip Girl. 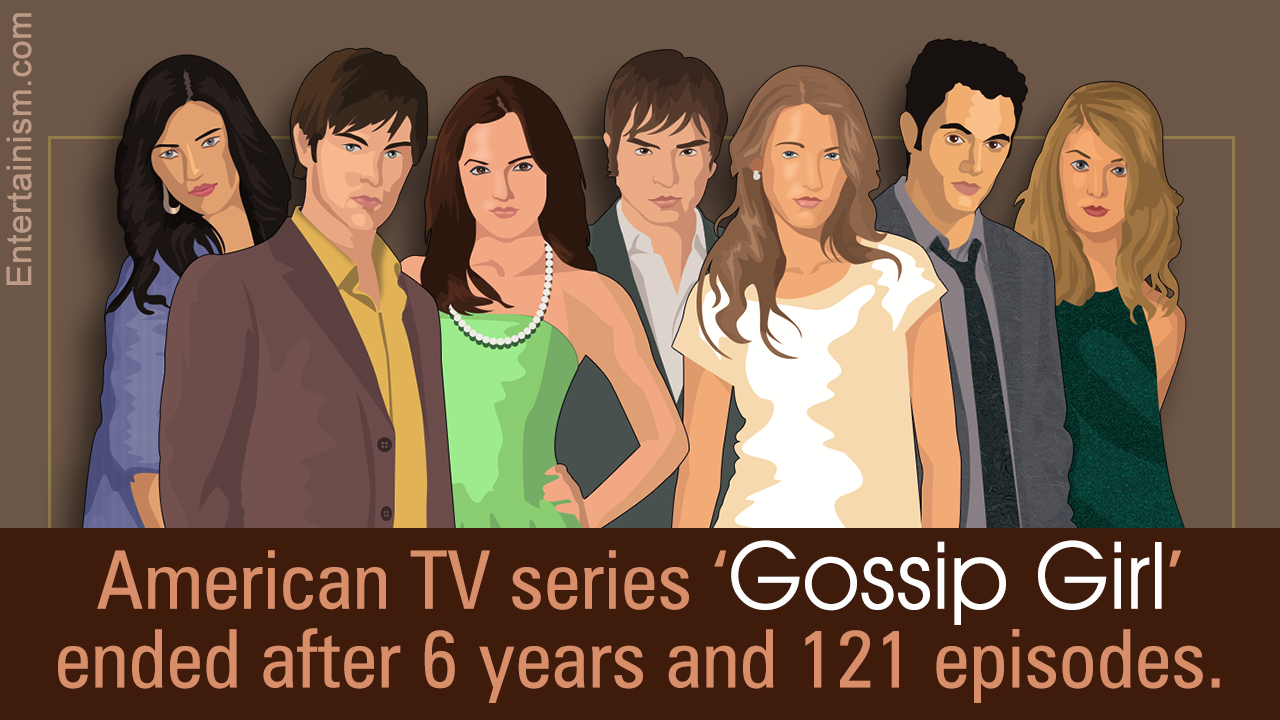 Six years and six scintillating seasons later, and we just can’t help but miss television’s hottest girl brigade. Entertainism is taking a trip down memory lane to bring you the best and most memorable quotes from Gossip Girl.

Every episode title of Gossip Girl makes a pop culture reference to some movie, book or TV show. Fans are sure to recall titles like “Seventeen Candles”, “The Ex Files”, “It Girl, Interrupted” and “The Kids Are Not Alright”.

Admit it, we all have that one absolutely favorite trashy TV show that is completely inane, yet ridiculously close to our hearts. And when it comes to this particular bunch of brattish Upper East Siders, resisting their charms is simply out of question.

It’s been two years since the series finale of Gossip Girl, and to be honest, it did end up as a damp squib once we knew who Gossip Girl really was. Nevertheless, series finale aside, the show, based on the book by the same name, did have some fabulous writing mouthed by just as memorable characters.

So here they are―Gossip Girl’s very own brat pack at their vicious best.

“I love you Dan Humphrey. Always have, always will.”

“It’s the people that you know best that you can hurt the most.”

“Once men have tasted caviar, it baffles me how they settle for catfish.”

“I am not a stop along the way. I’m a destination.”

“Destiny is for losers. It’s just a stupid excuse to wait for things to happen instead of making them happen.”

“Cinderella did not google Prince Charming.”

“You have to decide what’s most important to you. Keeping your pride and getting nothing or taking a risk and maybe, maybe having everything.”

“Save some trees. Have a blog.”

“Because I gave you my word. Because I love you.”

“Google revenge and you get blairwaldorf.com!”

“You have two options. One. Man up, go to war and fight for the girl you love. Or just forget her. Move on to a palatecleanser. And forget her.”

“I hate pretentious asshats who try to steal other people’s girlfriends.”

“Just because you broke up with me doesn’t mean we can’t be friends.”

“I’d ask you how you’re summer’s going, but seeing you’re with Chuck I would guess “weird.””

“Thank you for your concern, but I’m fine. It’s nothing that can’t be fixed with a night of scotch and perhaps a rogue socialite, if you care to send one my way.”

“One thing I learned from my father’s courtship of Lily is the importance of perseverance. That in the face of true love, you don’t just give up, even if the object of your affection is begging you to.”

“The idea of unconditional love is as quaint as the tooth fairy or environmentally-friendly dry cleaning.”

“The next time you forget you’re Blair Waldorf, remember I’m Chuck Bass. And I love you.”

“I can tell you from experience, everyone loves a villain.”

“And who am I? That’s the secret I’ll never tell. The only one. XOXO.”

“Speak of the Devil and he doth appear―wearing his trademark scarf.”

“Spotted – Chuck Bass losing something nobody even knew he had. His heart.”

“One thing about being on the top of the world.. it gives you a long, long way to fall.”

“Every happy ending is just a new beginning. Because on the Upper East Side, the good times never lasts forever.”

“They say the universe has a great sense of humor. That sometimes having your dreams come true can feel like a nightmare. Because getting what you want always come with strings attached.”

“The best way to get over someone is to get under someone else.”

“You don’t know a good thing until it’s gone… and found something else.”

“You know you love me. XOXO, Gossip Girl.”