Review of ‘Lord of the Rings: The Return of the King’

Here is the complete analysis of the most talked about and the most awaited part of the "Rings" trilogy, "Lord of the Rings: The Return of the King"

Home / Music / Review of ‘Lord of the Rings: The Return of the King’ 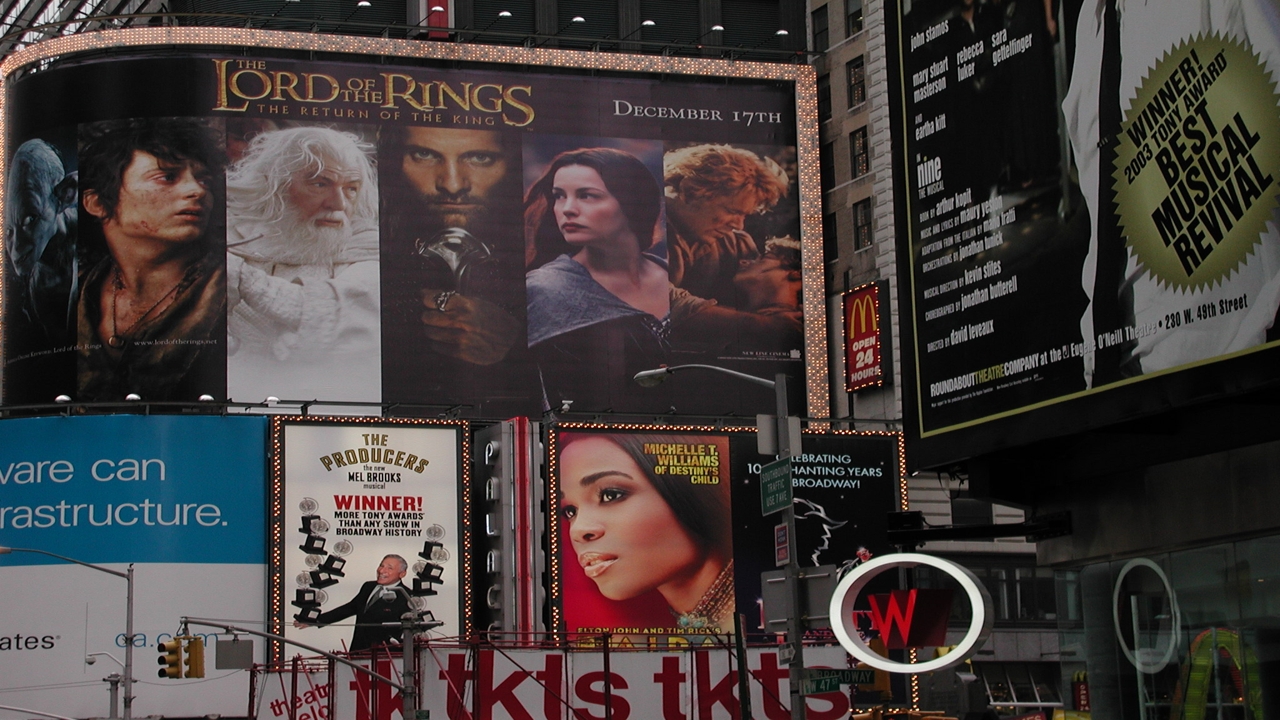 Here is the complete analysis of the most talked about and the most awaited part of the "Rings" trilogy, "Lord of the Rings: The Return of the King"

The Return of the King is a most worthy successor to its predecessor. While the film’s first hour at times threatens to quench my greatest fears by resorting to unnecessary narrative backtracking and repetitive reminders, presumably for the sake of those who either missed the first two films, or weren’t paying attention, once the war fires are lit in Gondor, and Frodo abandons his trusted sidekick Sam, the film soars.

While Saruman (Christopher Lee) has been hastily excised from the battle over Middle Earth, Lord Sauron continues to rule Mordor with a martial zeal, calling upon more fantastical creatures than The Land Before Time. Jackson skillfully juggles the intimacy of the darkening quest of Frodo, Sam, and Gollum (Andy Serkis does more award-worthy work here) with the giant trolls and magnificent oliphants at the Battle of Pelennor. The operatic intensity of the film’s battle scenes and the archetypal nature of many of the characterizations do nothing to lessen the impact of the personal journeys of several key characters. Frodo’s odyssey from innocence to experience, from good to near-evil and back again, is mirrored by that of Aragorn as he graduates from adolescence to adulthood. We also learn from the hobbits Merry and Pippin, but particularly Sam (Sean Astin is perfectly cast for this important role), the reward of sacrifice and friendship, while from Gandalf (Ian McKellen) we learn that dying is only one more stop in a very long journey.

The digital special effects, as well as scene settings are remarkable. An entire parallel world has been created, with remarkable attention to detail. I found myself studying the textures of textiles, and the chasing and burnishing of swords. There are terrifying flying dragons, horrifyingly steep mountain trails, a marvelously defended city, a realistic volcano eruption, and oilephants, warrior-mastodons decked out for battle, the Middle Earth version of a Bradley fighting vehicle. It’s a war movie after all, and the main action is the desperate movement from one badly over matched battle to another. Despite all the carnage and force, there’s more bravery than blood, more sorrow at the prospect of death, than actual parting. The movie is capable of holding the attention of the teens to elderly.

Jackson’s film captures the visual grandeur and thematic complexities of the novel exceedingly well, while moving gracefully from moments that are intensely personal to epic scenes of staggering enormity. Jackson’s use of music (scored by Howard Shore) guides the film’s deliberate emotional development, as the introspective opening is virtually music-free, then as the final confrontations develop and personal demons emerge, the score builds slowly but incessantly to a throbbing, crashing crescendo as the world of man stands teetering on the brink of oblivion on the battlefields of Gondor and Mordor.

I have to mention that my strongest feeling was dread, borne out of the realization that I would have to say farewell to these characters once the final curtain fell. I will also confess that I was not among those who felt that the series of fadeouts that marked the film’s end were patience-trying, because we’re not just talking about the end of a single 200 minute heroic tale, but rather the conclusion of an 11-hour epic of undeniable greatness, whose characters we know as intimately as our dearest friends, and whose parting we must be allowed to properly acknowledge and yes, even mourn. So about those multiple endings? I’m thinking the film’s earned every single one of them.

Peter Jackson and his actors, writers, and technicians will all win Oscars for sure, for having created this visual masterpiece.