Steven Soderbergh became a Hollywood mover and shaker after being first noticed as the boy wonder in 1986, when he made Sex, Lies, and Videotape. 10 years of flops later, Soderbergh won the Oscar for Best Director, and made movies that grossed close to $500 million. 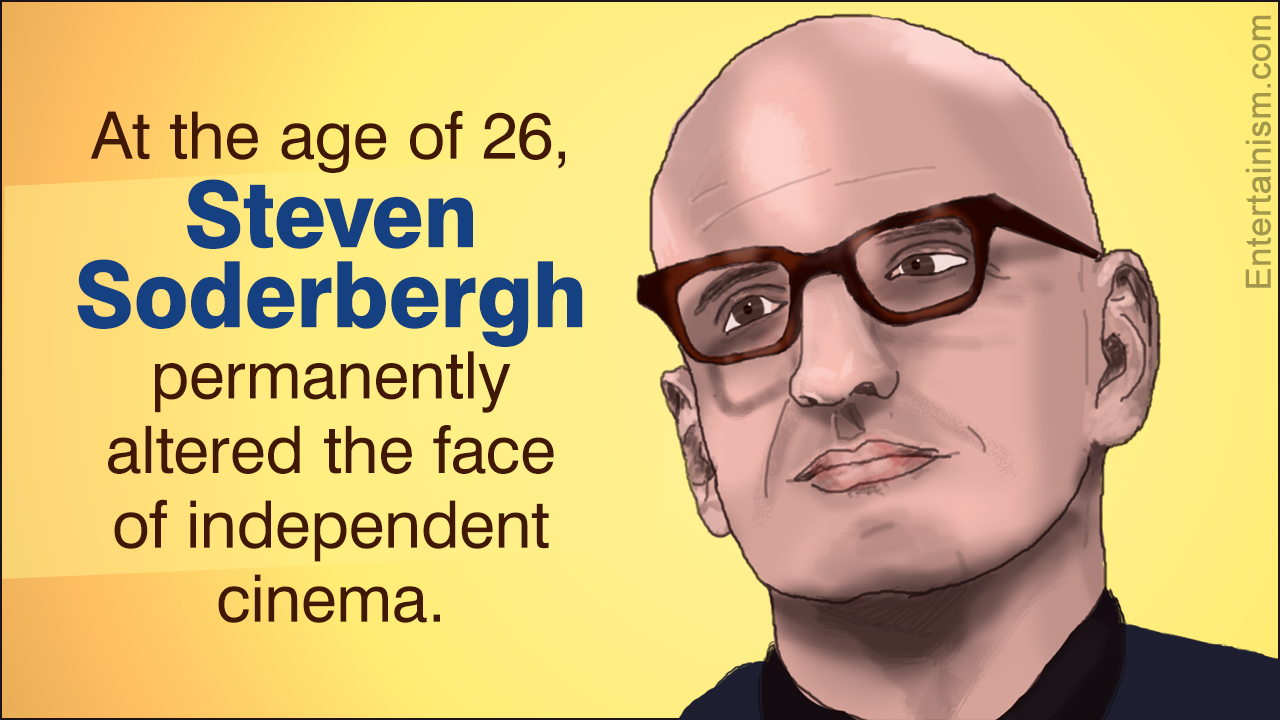 Steven Soderbergh became a Hollywood mover and shaker after being first noticed as the boy wonder in 1986, when he made Sex, Lies, and Videotape. 10 years of flops later, Soderbergh won the Oscar for Best Director, and made movies that grossed close to $500 million.

Steven Soderbergh is a true Hollywood icon. One of the rare directors to have two of his movies to be nominated for the Best Picture award at the same Oscars, he eventually lost out to Ridley Scott’s Gladiator, because it was rumored that the votes got divided between his movies―Erin Brokovich and Traffic. He won the Best Director award for Traffic.

Steven Soderbergh was born in Georgia, but was raised primarily in Baton Rouge, Louisiana. At the age of 13, he began making films, moving to Los Angeles after high school, and then returning to Baton Rouge to shoot short films and write screenplays. Over the years, he has moved on from being a pure director-writer to also one of the biggest producers in the business.

In 1988, he made his feature film directorial debut with Sex, Lies, and Videotape, starring Andie MacDowell and James Spader. The film premiered at the Sundance Film Festival in 1989, and later that year, he became the youngest ever director to win the Palme d’Or at the Cannes Film Festival for the film. He followed this up with Kafka (1991), King of the Hill (1993), The Underneath (1995), Schizopolis (1997), and Gray’s Anatomy (1997). But it was only in 1998 that he hit the big league when he made Out Of Sight, starring George Clooney. Soderbergh and Clooney formed their own production house called Section Eight Pictures. 2000 was a breakthrough year for him, when he scored two monster hits in the form of Erin Brockovich and Traffic. In 2001, he opted for a multi-star cast, and made the remake of the original Rat-Pack movie, Oceans Eleven. This movie starred the who’s who of Hollywood―Brad Pitt, Julia Roberts, George Clooney, Andy Garcia, Don Cheadle, and Matt Damon. It turned out to be Soderbergh’s biggest hit. His attempts at production received moderate success, when he made Pleasantville, Insomnia, and Confessions of a Dangerous Mind.

Section Eight is United States military jargon, meaning a discharge for physical or mental unfitness for service, is based at Warner Bros, and already making its presence felt. Its motto is “If we can be lean and mean, get some interesting movies made and work with really good film-makers, it’s worth doing.” He manages the dichotomy that direction and producing a movie with another director at the helm quite well. During the making of Insomnia, he ensured that Chris Nolan was brought on board when the production house was hesitant. One of the reasons that Todd Haynes’s acclaimed new film Far from Heaven saw the light of day was because of Soderbergh’s intervention, when the film went over budget. But Soderbergh hasn’t always sent the cash registers ringing in Hollywood. His later two films―Full Frontal and Solaris were box office washouts.

He has seen both sides of the Hollywood coin since the time he made his debut at the age of 26. Ten years later each, and every movie that he made was a flop and he was on the verge of being forced out of the business. Today, he has the carte blanche in Hollywood, almost untouchable by market trappings after Traffic, Erin Brokovich, and Oceans Eleven garnered close to $500 million. Since Soderbergh has never repeated a plot in any of his movies, and has achieved tremendous success, he puts forth the mouth-watering prospect that Hollywood could return to the era of Alfred Hitchcock and Orson Welles.

There are many reasons for Soderbergh’s success. One of them is his ability to detach himself from the commercial possibilities of the movie that he is directing or even producing. He has the uncanny knack of getting the best out of any actor that he casts. Julia Roberts in Erin Brokovich and George Clooney in Solaris were easily their all time best performances. Another reason is that his movies are always finished within budget, and definitely within the time limit. Full Frontal was made in 18 days. Soderbergh makes so many movies with different plots and actors, that he automatically increases the probability of scoring a big hit. Some of his later movies include, the sequels to Ocean’s Eleven – Ocean’s Twelve and Ocean’s Thirteen, Tishomingo Blues, A Confederacy of Dunces, Che Guevara, Criminal, Eros, The Good German, The Informant!, and Magic Mike.