M. Night Shyamalan's "The Village" opens in US soon, and though the 19th-century suspense story stars Oscar-winners Adrien Brody and William Hurt, along with Sigourney Weaver, it's the Gladwyne-based director's name that's being used to sell the movie.

Home / Music / Shyamalan – The ‘Unbreakable’ ‘Sign’ of ‘The Sixth Sense’ 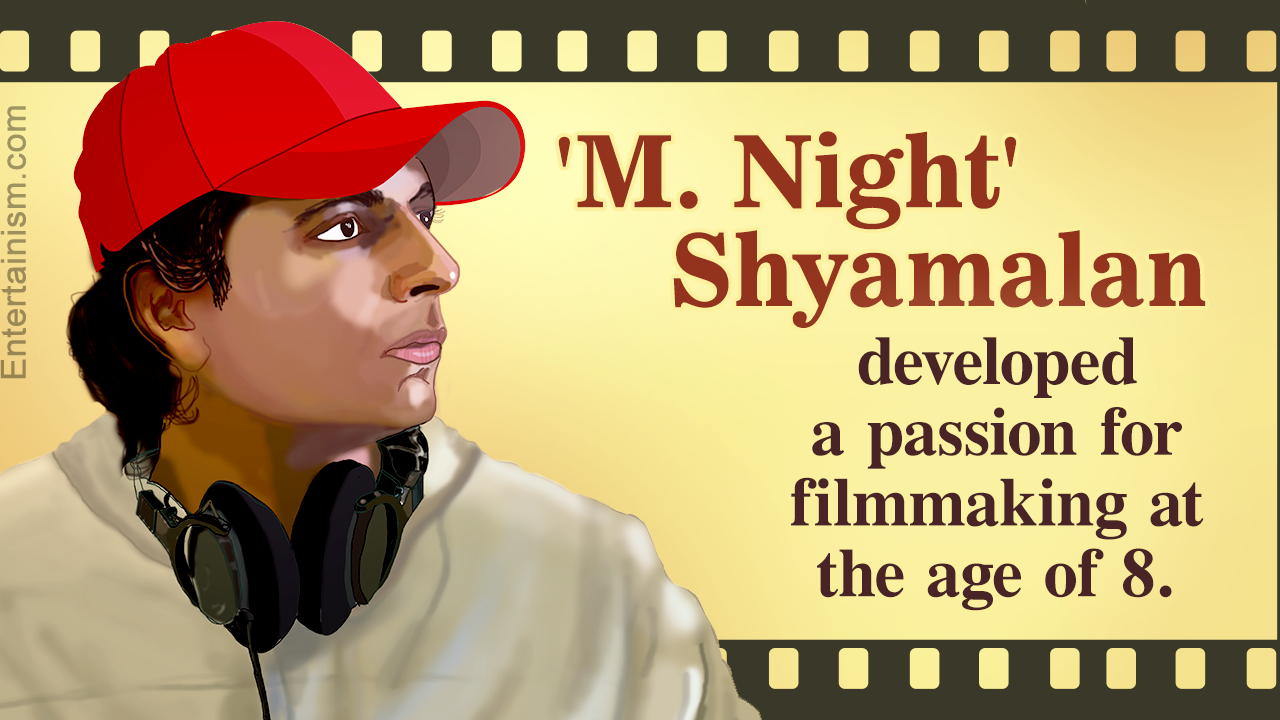 M. Night Shyamalan’s "The Village" opens in US soon, and though the 19th-century suspense story stars Oscar-winners Adrien Brody and William Hurt, along with Sigourney Weaver, it’s the Gladwyne-based director’s name that’s being used to sell the movie.

Trailers for The Village begin with signature scenes from Shyamalan’s biggest pics, The Sixth Sense, Unbreakable, and Signs. His distinctive moniker – the “M” is for Manoj, the “Night” is made up – sits boldly atop the film’s title in print ads, posters, every aspect of the media campaign.

Born in Madras, India, on August 6, 1970, Shyamalan was raised in the posh Philadelphia suburb of Penn Valley. The son of doctors, he developed a passion for filmmaking when he was given a Super-8 camera at the age of eight. By the time he was 17, Shyamalan, who idolized Steven Spielberg had made 45 home movies, and after receiving a Catholic school education, he studied filmmaking at the Tisch School of the Arts. He graduated in 1992, and that same year he made his first feature film, Praying with Anger, which was based to some extent on his trip back to the country of his birth.

Shyamalan’s first major theatrical effort was “Wide Awake” (1998), a film he partially shot in the Catholic school he had attended, as well as Bryn Mawr College. The story of a young Catholic school student attempting to cope with the death of his grandfather (Robert Loggia), the film which also starred Rosie O’Donnell, Dana Delany, and Denis Leary quickly plummeted into box office oblivion.

Shyamalan had considerably better luck with his next project, 1999’s “The Sixth Sense”. A supernatural thriller about a young boy (Oscar-nominated Haley Joel Osment) who is able to communicate with spirits, it was a sleeper hit and gave the director his unequivocal career breakthrough. Graced with an understated cast of performers and a twist ending, the film garnered incredible word-of-mouth among audiences and became the must-see film of the late summer, well into the fall. The Academy, in turn, showered the film with seven Oscar nominations, including nods for Shyamalan’s script and direction. He enjoyed further success that same year as the screenwriter for Stuart Little, earning praise for his smart, funny script.

Following the success of The Sixth Sense, Shyamalan who continued to reside in the Philadelphia suburbs with his wife and daughter directed another supernatural thriller, “Unbreakable”. Starring Bruce Willis (who had also starred in The Sixth Sense) as a man who undergoes mysterious changes following a train accident, the mannered, pensive thriller was released in 2000 to mixed critical reviews and a healthy box-office run.

A curiously low-key film considering its comic book roots, Unbreakable retained much of The Sixth Sense’s sharp direction; though its lukewarm reception found the director hesitant to expand the film into a trilogy as originally planned. Approached by producer Frank Marshall to pen the fourth chapter in the further adventures of Indiana Jones, Shyamalan gracefully turned down the offer citing his reluctance to enter into a collaborative effort with Steven Spielberg, George Lucas and Harrison Ford, later rejecting yet another offer to direct the third Harry Potter film shortly thereafter.

Deciding instead on a begin work on an entirely new project, Shyamalan penned a screenplay concerning a rural family who discover crop circles on their farm, selling it to Disney in April of 2001. Though the role of the family patriarch was originally intended for an older actor, Shyamalan made a few minor alterations when Mel Gibson expressed interest in starring in the film. Joaquin Phoenix stepped in to play the brother of Mel Gibson in the movie.

“People ask me, why are the movies so successful? Why in so short a time?” says the boyish, ebullient filmmaker, whose troika of supernatural hits has a domestic gross of $616.5 million. “Because,” he explains, “they are me.”

Shyamalan goes on, “For example, Bob Dylan is one of the great singers of all time because he’s him… . The greater the artist is, the more specific they can be to themselves.”

Whether he likes it or not – and, for the most part, he does like it – Shyamalan is becoming a brand.

The expectations are there, and so are the comparisons to Hitchcock. In its news releases, Touchstone Pictures hails Shyamalan – like Hitchcock, a merchant of suspense who likes to take cameo roles in his films – as “the cinema’s modern master of suspense.” Music reviewers received a copy of The Village soundtrack with a press note likening Shyamalan’s relationship with composer James Newton Howard to Hitchcock’s legendary collaborations with Bernard Hermann. When Newsweek put Shyamalan on its cover in 2002, the headline read “The New Spielberg” – a last-minute change from what the editors had originally approved: “The New Hitchcock.”

Still, Shyamalan wrestles with the dilemma. Asked about his next project, “The Village” – it will be shot, as have the others, in the Philadelphia area – the writer-director says he has “a really cool idea,” then adds: “There’s a couple of caveats in there that I have to deal with, in regard to people’s expectations. I’m thinking about what to do about it, whether to ignore them and just do what I want to do, which is the strong way to do it, or to cave and… not do those particular aspects of it.

And what if he wants to try a comedy, or a literary adaptation? Last fall, Shyamalan signed a deal with 20th Century Fox to bring Yann Martel’s Booker Prize-winning novel Life of Pi, the fantastical tale of an Indian teenager adrift on the open sea with a Bengal tiger, to the screen.