What can be called a good movie for kids? One, that has a lot of fun factor. Two, that has a sense of adventure. Three, a bit of over-the-top imagination so that the kids look in wonder. And, of course lastly, a happy ending. Here is our selection of the top 10 kids' movies that are enjoyable to the fullest. 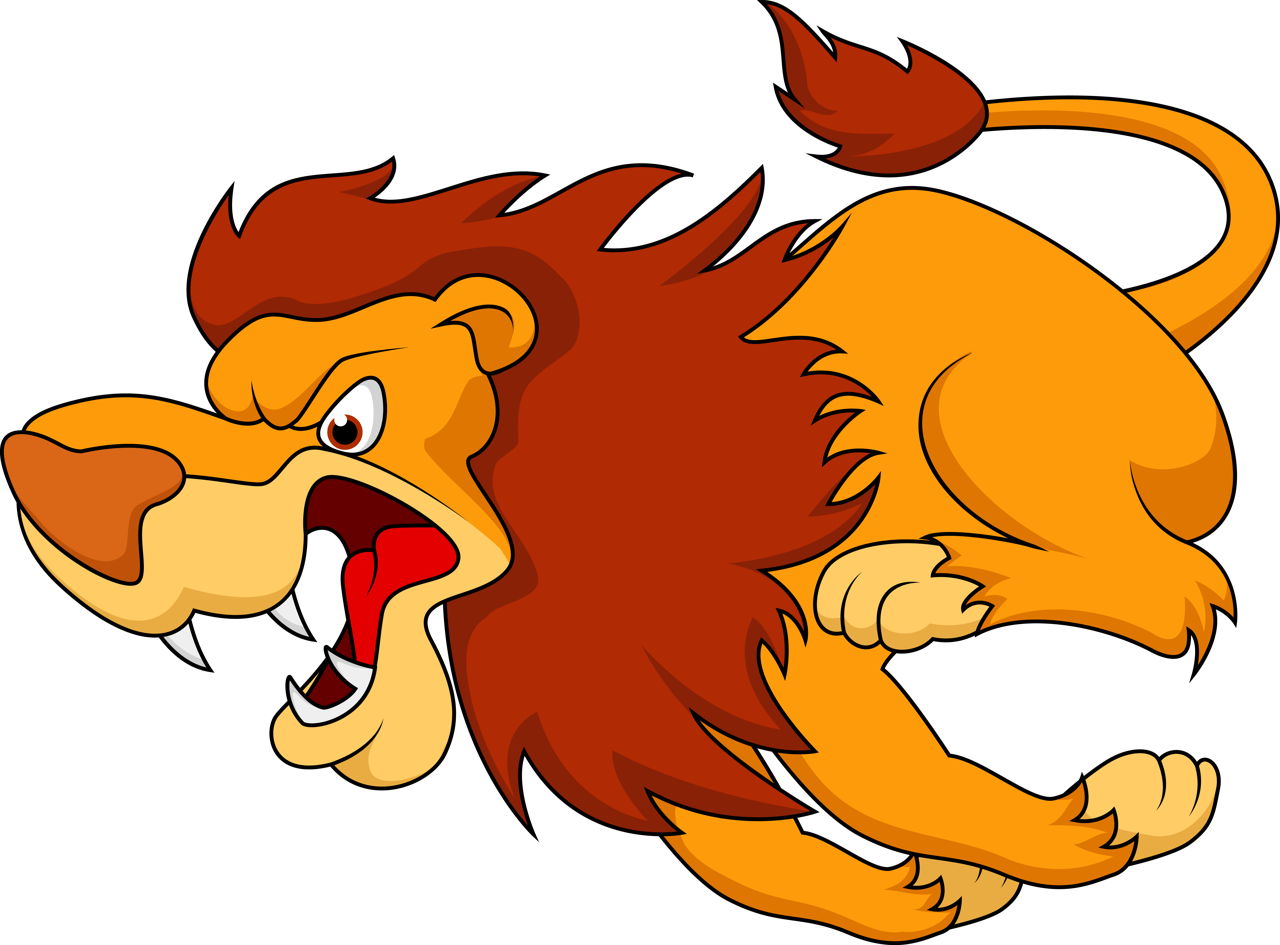 What can be called a good movie for kids? One, that has a lot of fun factor. Two, that has a sense of adventure. Three, a bit of over-the-top imagination so that the kids look in wonder. And, of course lastly, a happy ending. Here is our selection of the top 10 kids’ movies that are enjoyable to the fullest.

There was a time when kids’ movies meant animated films. Although even today most movies meant for the little ones are animated, the scale on which they are being produced is much larger. Many big production studios are entering this arena of motion pictures. But many times, the most successful movies have come from small producers and débutante directors.

One factor that could make the movie a bit more appealing would be some information bundled as fantasy. It provokes their thought process, and as they are young and their brains malleable, they will think about such movies. It can make them wonder if the scenario in the movie was possible and be prepared to be asked a lot of questions. If the movie had a bit of anger and negativity, talk with your kids about them. Discuss the movie so that it becomes a fulfilling experience for them and not just a 3-hour viewing affair.

Keeping all the above things in mind, Entertainism brings you 10 movies that your kids will definitely enjoy.

*The order of these movies is entirely a personal choice of the writer―opinions may differ.

This movie series is based on a series of books of the same name, written by J. K. Rowling. The movie has magic, adventure, lessons about friendship, love, and family. The series starts with the wizard protagonists being just 10-year-old kids, so the first movie can be watched by a very young audience. The subsequent movies have increasing adult themes, but are extremely popular with children because the movies portray the issues faced by them very accurately. The adventure and magic shown is of top-notch execution in terms of quality and became blockbusters because of the huge fan following among kids.

Why the kids would love it: The bond Harry, Ron, and Hermione form as they grow together is a very positive message and makes the kids think about their own friends. The indigenous themes of magic shown in the movie are an appropriate spectacle, with your kids sure to enjoy every bit of it and more.

The movie series shows an unlikely partnership formed between a mammoth, a saber-toothed tiger, and a giant sloth. It is an unlikely partnership in the sense that the friendship actually blossoms even though there are two herbivores and one very angry carnivore. This makes the series even more interesting. The series also takes a a lighter perspective on prehistoric events like the Ice Age, formation of continents, extinction, and evolution. And, when you have these hilarious creatures put in such scenarios, it becomes default entertainment.

Why the kids would love it: It is animation so it, by default, is loved. Then there is the extremely lovable Sid, the sloth, and the hilarious antics of Scrat, the saber-toothed squirrel with his love for the acorn.

Kids love to read fairytales in their childhood. This movie takes a very funny perspective at the characters of various fairytales, usually the Disney ones. Popular characters like the Gingerbread man, Pinocchio, fairy mother, and Cinderella are all shown in a very funny way. The humor does have adult themes, but they are mostly innuendos, so your kid won’t probably get it. If he does get confused, be prepared for some uncomfortable questions! All in all, it is one of the very few movies that’s a must-watch for the kids and adults equally.

Why the kids would love it: Shrek is not exactly your typical gentleman, and on top of that, there is a very talkative donkey as his sidekick. The jokes are one in every line, and expect your kids to be rolling on the floor laughing away. There is also an important lesson in the movie where the central character, even though he is not socially acceptable, learns to love himself the way he is. This might click with almost all the kids.

The Wizard of Oz

This movie is a fantasy film based on a very popular novel by the same name written by L. Frank Baum. The movie shows a girl named Dorothy who is transported to a magical world named Oz. Here she helps the residents of the world to fight the evil witch queen.

Why the kids would love it: The movie is very similar to the fairytale Alice in Wonderland, and will appeal to the kids in the same way. There is magic, fantastic creatures, and the lesson that however mystical and beautiful a place might be, there is no place like home.

This movie has to be included in every list of animated movies recommended for kids. The movie shows the journey of a lion cub named Simba. He is banished by his uncle for “causing” the death of his father. He escapes bloodthirsty hyenas and grows to youthhood with two complete misfits. He is then reminded that he is the prince and should fight to inherit his rightful place as the king of the forest.

Why the kids would love it: The movie contains everything: emotion, songs, and lovely humor that is extremely clean. It is a movie tailor-made for kids. However some caution is needed when Simba’s father passes away. The scene may make your kid cry.

The movie is about an alien that is stranded on earth. The alien finds a friend in Elliot, a 10-year-old lonely boy. The boy helps E.T. (or the stranded alien) to make a communication device so that it can call home.

Why the kids would love it: E.T. and Elliot form a very deep emotional bond, which translates into a beautiful friendship. The kids will love how the alien tries to adjust to the planet and displays his powers to Elliot and his friends. The effort Elliot puts in to help E.T. escape is also very memorable.

This movie shows a group of experts who visit an island to inspect an amusement park. The main attraction of the park is dinosaurs. Live dinosaurs. And as we can expect, everything goes haywire. The movie may be a bit strong for some kids, but is very watchable, and if you do feel caution is necessary, sit with your kid and enjoy the movie.

Why the kids would love it: There are two child characters in the movie that tag along with the experts to take the tour of the park. When everything goes to hell, it is interesting for the kids to see how the onscreen children react and grow as characters. They will be motivated by the courage that the characters portray as the movie progresses.

Finding Nemo is based on a clownfish father-son duo, where the son, Nemo, gets lost in the ocean. The father literally crosses an entire ocean to look for his son, eventually finding him in Sydney. The movie deals with the issues of overprotective parenting, the will of children to explore the world, how they should exercise caution, and why family is more important than any other thing in the world.

Why the kids would love it: Nemo is a very small fish and so is his father. He looks even more small when you compare his size with the ocean. This makes his journey even more grand and spectacular. It also emphasizes on the point that size does not matter. Your kids will also love the humor the fish Dory brings along.

Star Wars is not exactly a movie for kids, but it became very popular with them. It is the first space movie of its kind. 16 years after the release of the first movie in the series, a prequel series was released, which also became a big hit. The series portrays the age-old battle of good versus evil, albeit in space with a lot of lasers, spaceships, and light sabers. The CGI of older movies would not be top-notch for today and may seem unimpressive, but the storyline does engage the children like no other. Expect your kids to demand to be taken to the Comic-Con in the nearby city, and also for the purchase of the action figures. This is one of the movie series that will remain with your child for a lifetime.

Why the kids would love it: A lot of space-based action, filled with humor from the robot duo of C3PO and R2D2, and the journey of the Skywalkers from the time they are young to the time they are fully trained and fight each other make this movie series simply spellbinding.

This is another movie series that became exceedingly popular. Pixar boasts of some of the best movies produced for not only kids, but for adults as well, and hence this Toy Story series ranks in this list. This was the first animated movie that was completely computer-generated. The movie shows the adventure of toys that have come to life. Among them is a cowboy and a spaceman who thinks he is stranded on an alien planet and that his spacesuit is functional. What ensues is awesome adventure as the toys move around the real world trying to achieve their objective.

Why the kids would love it: It shows the world through a toy’s perspective, even though that is not possible. But it makes a very interesting and intriguing watch for the kids as their favorite toys like the Barbie, G.I. Joes, and clay figurines come to life and move around in the movie.

Other Good Movies for Kids

We hope you enjoyed reading this article with movies from different time periods. But it’s not compulsory that you like them because they are based on personal favorites.