What is Claymation and How Does it Work?

Claymation, a term coined by Will Vinton, is the technique of making animation films with clay models. It uses the stop-motion photography technique to create animation. This Entertainism article talks more about this unique art form.

Home / Celebrities / What is Claymation and How Does it Work? 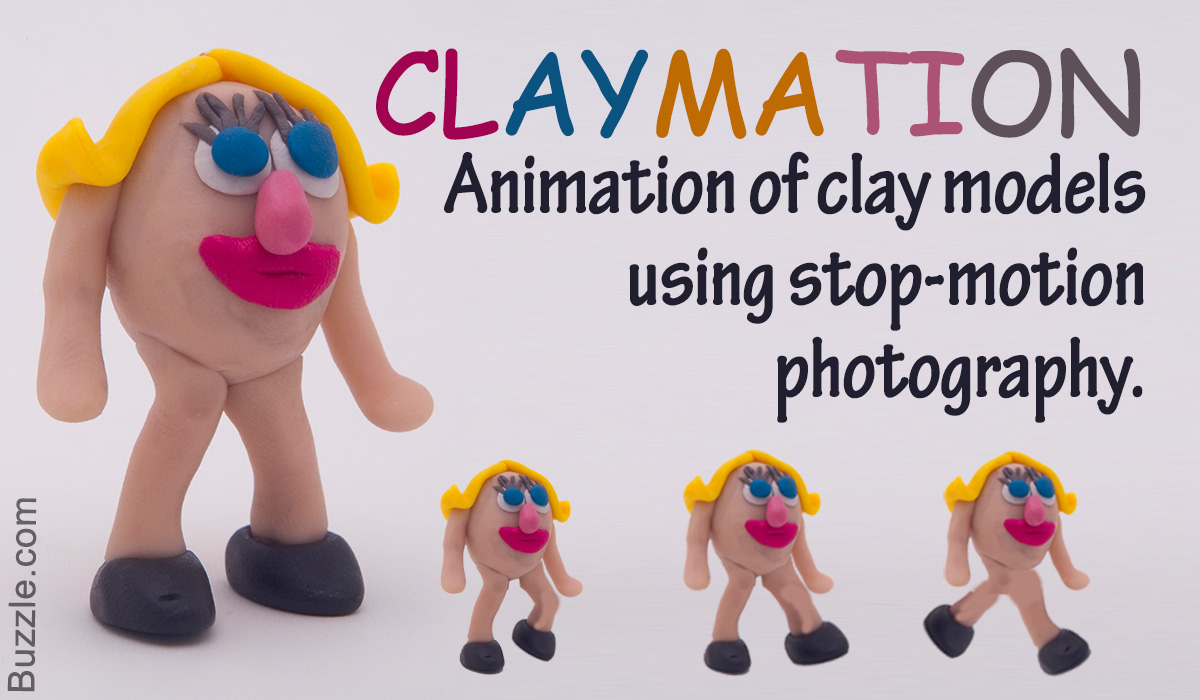 Claymation, a term coined by Will Vinton, is the technique of making animation films with clay models. It uses the stop-motion photography technique to create animation. This Entertainism article talks more about this unique art form.

Animation, today, has advanced very much, with a more realistic appearance. With the advent of new software, animated movies are on the rise. Traditionally, there were various techniques adopted for the purpose of creating an animated effect. For example, the flip book, where you flip the pages, creating an effect of motion. Out of these traditional methods, one of them is claymation. Evidently, this word has been coined using the words ‘clay’ and ‘animation’.

So what actually is claymation? Claymation is nothing but using clay figures as models for animation, using stop-motion photography. Stop-motion photography is filming movements for every action, so that it creates an illusion to the naked eye that the character is moving.

☁ The first surviving clay animated movie was ‘The Sculptor’s Nightmare’, which was a spoof of the Presidential Election of 1908. It was produced by Edison Manufacturing Co.

☁ The discovery of ‘Plasticine Clay’ by William Harbutt in 1897, was one of the greatest blessings for clay animation.

☁ The term ‘Claymation’ was coined by Will Vinton, who has trademarked the name. He is famous for his claymation cartoon character ‘The California Raisin’. He is the founder of Will Vinton Productions (later known as Will Vinton Studios). His first venture in a claymation movie was ‘The Adventures of Mark Twain’ (1985).

☁ In the clay animation movie ‘Chicken Run’, plasticine heads and wings were used over silicone bodies. They also made use of a plasticine called ‘Aardman Mix’, and for the colors, a special chewing gum machine was utilized.

☁ A fire breakout in 2005 in one of the studios of Aardman Animations was one of the darkest days for the company, since a large part of the models, props, and sets of Wallace and Gromit films were destroyed, which were created with a lot of effort.

How Does it Work?

☁ Well of course, it is basically clay animation, and requires painstaking efforts of the animators, since you have to film a lot of sequences. It should be noted that, not all stop animation works are clay animation.

☁ Claymation movies sometimes use wires and armatures in the body parts to make the movements easy. Furthermore, the animators have to be constantly vigilant about finger marks and other dirt marks on the surface of the figurines.

☁ Many challenges are involved in the process of filming clay models. Depicting every movement is not easy. It requires meticulous preparation on the part of the animators.

☁ Claymation uses the stop-motion photography technique to create animation. It means, you need to move the figurines in order to show their actions. Imagine, for a smooth animated film, how difficult it must be to create the tiniest detail!

☁ Typically, in a stop-motion technique, animators shoot at around 24fps or 30fps. However, some animators of clay animation might prefer to shoot at half the rate, i.e., 12fps or 15fps.
(fps = frames per second)

☁ After shooting, the pictures are edited and converted into a movie using stop-motion software.

☁ Of course, the advent of editing software and developments in cameras, and use of armatures for the clay models have made it comparatively easier than earlier times to produce these films. Still, it requires a great deal of effort and patience.

In short, claymation is an art form that is a unique blend of sculpting, photography, animation, and film-making.

Sadly, considering the time involved in making clay animation movies, this art is slowly becoming extinct. Also, thanks to the development in computer software, slow-motion animation is dying a slow death. This art form teaches us the importance of patience, and we hope, for the sake of the fans of claymation, more and more animators show their interest in this dying, but great art form.