A talented actor, producer, and singer, Will Smith has worked his way up the list of most popular celebrities of Hollywood through a string of blockbuster movies and hit tracks to his credit. In fact, Smith never began as a movie star, he rapped instead. His immense success can be traced back to some valuable lessons and morals life taught him early on.

A talented actor, producer, and singer, Will Smith has worked his way up the list of most popular celebrities of Hollywood through a string of blockbuster movies and hit tracks to his credit. In fact, Smith never began as a movie star, he rapped instead. His immense success can be traced back to some valuable lessons and morals life taught him early on. 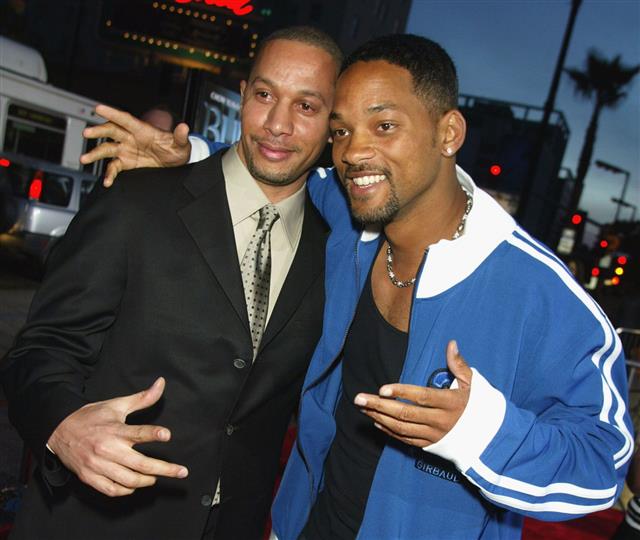 He inspired millions with his determination and acting prowess. He was first seen as a rapper and then as one of Hollywood’s hottest guys on the block. Yes! I am talking about Willard Christopher Smith Jr., known widely as Will Smith. He was born on September 25, 1968 to Williard Caroll Smith Sr., and Caroline Bright, in West Philadelphia, and was brought up in Germantown in northwest Philadelphia.

Will Smith began rapping at the age of 11 when he came across one of the first successful rap songs – ‘Rapper’s Delight’ by Sugarhill Gang. This first song inspired him to rap, and rap more. He met Jeff Townes while studying at Overbrook High School, the duo called themselves DJ Jazzy Jeff & the Fresh Prince. Will was nicknamed Prince due to his charming mannerisms. The duo became very popular in the ’80s and ’90s, and performed many hit numbers.

DJ Jazzy Jeff & the Fresh Prince received the first Rap Grammy Award in 1988. After being successful as a rapper, Will turned to TV shows, and eventually Hollywood. Although Will chased success to the top, he always looked back to recollect all that he had learned as a kid. Here are some instances from Will’s childhood which taught him some really important morals that would help him later in life.

Williard Caroll Smith Sr., a drill sergeant in the U.S. Air Force quit his job in order to instill discipline in the family. Will’s mother, Caroline Bright was the board administrator of the Philadelphia school. Will has three siblings, an elder sister (Pamela), and younger twin brothers (Harry and Ellen).

The family of six had nothing to complain about. Will’s parents always made sure that all their children’s basic needs were fulfilled. They were very disciplined about child rearing, with greater emphasis over education. Will’s mother enrolled him in one of the best Catholic schools, Our Lady of Lourdes, even though she could have admitted him to the public school she worked for. She always chose the best for her children.

Little Will liked the rhyming books of Dr. Seuss, which his mother read to him. His father was a disciplinarian, and always looked forward to cultivating discipline and good habits in his children. Occasionally, as a means of punishment, he also spanked his children for misbehaving. Although Will found his father a bit too strict, he always gives due credit of his success to his father. He believes that his father’s disciplinary attitude helped him stay focused and enabled him to stay away from distractions.

When Will talks about his childhood, he always mentions that he had the best of both worlds―a disciplinarian father and a loving mother.

One Brick at a Time

Once Will’s father assigned him and his brother Harry an outdoor project. The boys had to rebuild a crumbling wall in the yard; it was fifty feet long and around sixteen feet high. They had to mix concrete and place one brick at a time, eventually covering the entire wall. Will and his brothers were dumbstruck at their father’s demand, they couldn’t even think of completing a project as big as this.

However, with the attitude of ‘one brick more’, both Will and Harry constructed the entire wall in a period of six months with constant supervision from their father. Both brothers who previously were so pessimistic about the job, felt a sense of pride after completing the job, and so did their father.

Even today when Will thinks that he won’t be able to do something, he looks back to this incident and reminds himself, ‘one brick at a time’.

After quitting the Air Force, Will’s father, being a refrigeration engineer, often visited stores to install freezers. Will mostly accompanied his father on such store visits. During one such visit, both Will and his father were installing a freezer in a supermarket basement and the employees had spread a rat killing solution across the floor. Both Will and his dad went in looking for the compressor, where they spotted a dead rat. Will’s dad had to fix the exact place where the rat had died; his dad went to the spot and without even the slightest hesitation grabbed the dead rat with his bare hands. He tossed the rat away and fixed the freezer.

This taught Will that one should never complain about what he/she has to do for a living. This made him realize the value of determination and hard work, which is why Will Smith is what we all know him today―a successful actor, producer, and singer.

Will’s family was filled with music-loving people. Almost everyone sang and played an instrument. Will learned to play the piano from his mother and learned drumming all by himself. Will received his first stereo system as a gift from his parents when he was ten. In his spare time, he listened to different genres of music; this hobby of his was responsible for introducing him to one of the most popular rap numbers, ‘Rapper’s Delight’ which further lead to Will’s love and interest in rapping and funk music.

Will loved music, especially writing poetry. He used to visit the inner-city street corners to check out novice rap artists. Although these places were ideal for nurturing his love of rap, they were dangerous and fraught with drugs and violence. However, Will’s love was only for rapping, and he never indulged in anything apart from that (a result of the discipline instilled by his father). Will’s success in rapping became evident when his partner Jeff Townes received the first Grammy Award in the Rap category, in 1988.

Apart from music, as a child, Will loved sports especially basketball. He also played chess, which he learned from his dad at the age of eight.

Like Will Smith, every successful man is shaped and molded right from his childhood. To chase dreams, one should be disciplined, focused, and never say no to opportunities.