Spiky-haired boy-next-door Clay Aiken proved he's got what it takes to win the hearts of millions of Americans when he won a recording contract with RCA Records through Simon Fuller's 19 Recordings Limited. 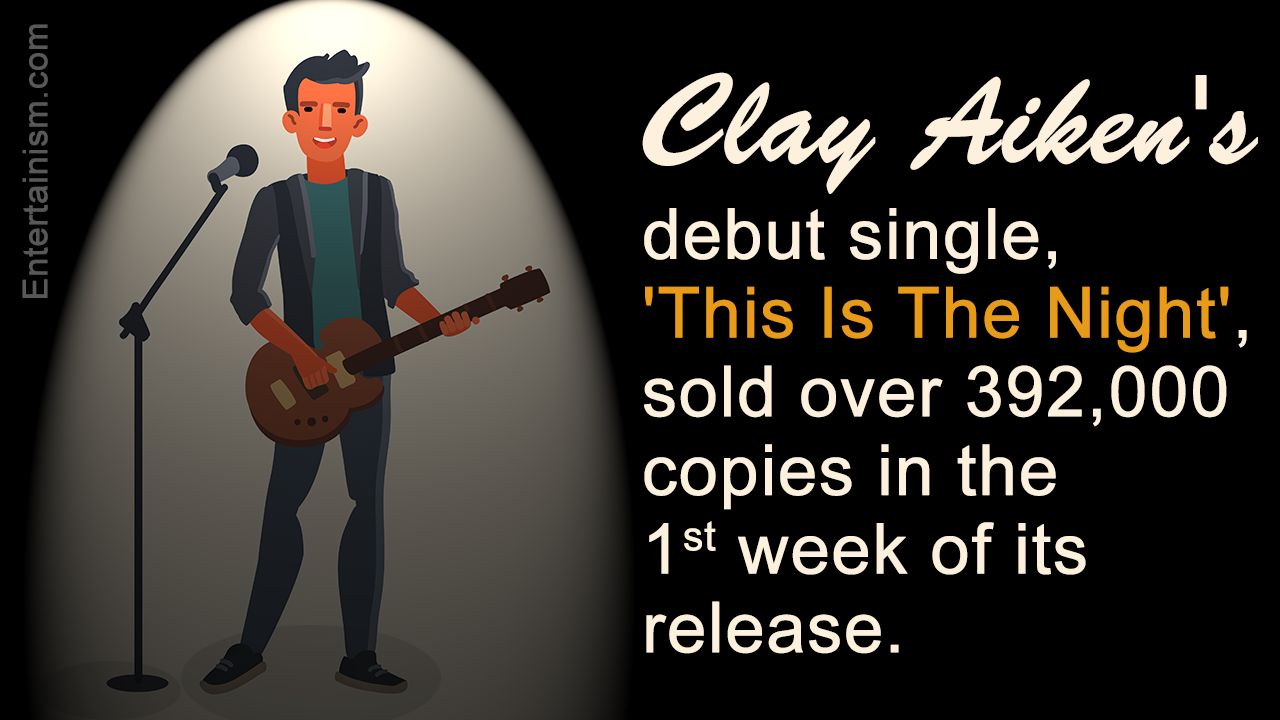 Spiky-haired boy-next-door Clay Aiken proved he’s got what it takes to win the hearts of millions of Americans when he won a recording contract with RCA Records through Simon Fuller’s 19 Recordings Limited.

As the runner-up to Fox TV’s second American Idol: The Search for a Superstar competition, vocalist Clay Aiken wowed television audiences in 2003 with his charm, sweet demeanor, and bright, glorious voice. Originally, he planned to try out for the reality TV series The American Race, but went ahead and auditioned for the talent contest to please an encouraging friend. Out of 7,000 hopefuls, the Charlotte, NC, native won the hearts of the judges as well as millions of fans across the globe.

As the runner-up of FOX television’s ‘American Idol’ finale, Aiken will become the latest singing sensation taken under the wing of music industry legend Clive Davis who will also executive produce his full-length debut, in consultation with Fuller. If the success of inaugural ‘American Idol’ champion Kelly Clarkson is any indication, his biggest accomplishments are yet to come.

Born on November 30, 1978, Aiken started singing at an early age. Unlike most young kids, he was confident and ready to impress a crowd. He was already singing the Dolly Parton/Kenny Rogers classic “Islands in the Stream” at a local high school dance by age five. Two years later, he was buying albums through a mail-order catalog, eager to get his hands on any kind of music. His vocal talent was blossoming and by the time he reached his teenage years, he was a regular member of the Raleigh Boys Choir. Countless roles in various musicals, (The Music Man, Oklahoma!), stage plays, and playhouse shows allowed Aiken to hone his gift.

When it came time to go to college, music wasn’t his calling, per se. He studied special education instead, and had dreams of attending William & Mary for a master’s degree in administration. Before he could further his education, Aiken ended up wooing 21 million television viewers each week from February to May, with his sensational singing voice. His rendition of Simon & Garfunkel’s “Bridge Over Troubled Waters” made him popular. Although he finished second to Ruben Studdard, his loss was not taken lightly. He landed a deal with RCA through Simon Fuller’s 19 Recordings Limited within weeks of the show’s finale.

During the summer of 2003, he appeared on the cover of Rolling Stones Magazine. As a contestant on American Idol, he tried not to discuss his personal life. In Rolling Stones, however, he gave an in-depth interview concerning his childhood and ambitions. In the article, he discussed life at the University of North Carolina in Charlotte, talked about the Buben-Aiken Foundation. He co-founded the Buben/Aiken Foundation as a means to provide help to individuals with autism. He confessed that he is scared of water, loves instant grits, and bites his toenails. More personally, he talked about his childhood. He comes from a broken home. His biological father, Vernon Grissom, was an alcoholic who was physically and verbally abusive to Aiken and his mother. In the late 1990s, he decided to get his last name legally changed and took his mother’s middle name. Clay admitted in his interview that he thinks of his mother’s second husband, Ray Parker, as his true biological father. Sadly, Parker died in July 2002.

Aiken wowed people when he released his debut single, “This Is The Night.” The song was number one on the Billboard hot 100. It sold over 392,000 copies in the first week. The single beat Elton John’s record of sales for his 1997 single dedicated to Princess Diana entitled “Candle in the Wind”.