Best Doctor Who Quotes You Should Know

Celebrate the Doctor's journey as he helps ordinary people, right all the wrongs, and educates through time travel in this long-running sci-fi series produced by the BBC. Entertainism brings you some famous Doctor Who quotes that fans are sure to enjoy.

Home / Celebrities / Best Doctor Who Quotes You Should Know 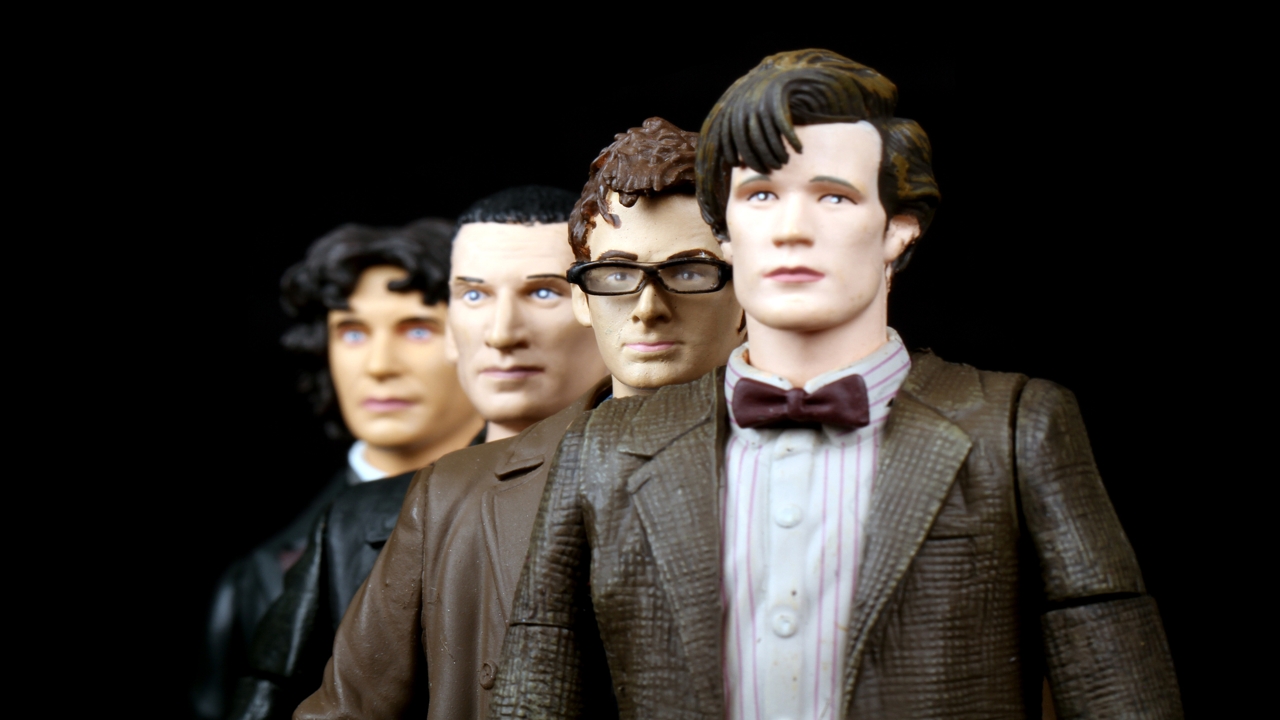 Celebrate the Doctor’s journey as he helps ordinary people, right all the wrongs, and educates through time travel in this long-running sci-fi series produced by the BBC. Entertainism brings you some famous Doctor Who quotes that fans are sure to enjoy.

The Twelfth Doctor, played by Peter Capaldi, is due to begin his journey in episodes to be telecast in 2014.

Entering its 51st year, the BBC sci-fi series, Doctor Who, has been an enriching and enthralling experience. The juxtaposition of fear and thrill is what has kept the show’s audience glued to their screens even today.

At its most elemental, the series is about Time Lord, alias the Doctor, a descendant of a powerful time-traveling humanoid alien. He journeys across time and space in his unconventional yet indestructible spaceship called the TARDIS. The Doctor, along with his friends and companions, comes across a string of foes while working to save civilizations, helping ordinary people, and going about setting the wrong right.

Given below are some famous quotes taken from the famous Doctor Who series, listed according to the order of the series and episode names.

“Your ideas are too narrow, too crippled. I am a citizen of the Universe, and a gentleman to boot.” ― The Daleks’ Master Plan

“The least important things, sometimes, my dear boy, lead to the greatest discoveries.” ― The Space Museum

“We are not of this race. We are not of this earth. Susan and I are wanderers in the fourth dimension of space and time, cut off from our own people by distances beyond the reach of your most advanced science.” ― An Unearthly Child

“You cannot rewrite history! Not one line!” ― The Aztecs

“I am the Doctor! The original you might say!”― The Five Doctors

“I hate computers and refuse to be bullied by them.” ― The Invasion

“An unintelligent enemy is far less dangerous than an intelligent one, Jamie. Just act stupid. Do you think you can manage that?” ― The Dominators

“People spend all their time making nice things and then other people come along and break them!” ― The Enemy of the World

“Logic, my dear Zoe, merely enables one to be wrong with authority.”― The Wheel in Space

“Not allowed? Me? I’m allowed everywhere.”― The Five Doctors

“You’ll never understand. I want to see the universe, not to rule it.” ― Colony in Space

“Yes, well, the definition of the word ‘humanity’ is always a rather complex question, isn’t it?” ― The Time Warrior

“Death is always more frightening when it strikes invisibly.” ― Terror of the Autons

“Courage isn’t just a matter of not being frightened, you know. It’s being afraid and doing what you have to do anyway.” ― Planet of the Daleks

“People who talk about infallibility are usually on very shaky ground.” ― The Mind of Evil

“Well, of course I’m being childish! There’s no point being grown-up if you can’t be childish sometimes.” ― Robot

“That’s right. To the rational mind, nothing is inexplicable; only unexplained.” ― The Robots of Death

“Sometimes my brilliance astonishes even me.” ― The Invisible Enemy

“I never carry weapons. If people see you mean them no harm, they never hurt you. Nine times out of ten…” ― The Robots of Death

“Answers are easy. It’s asking the right questions which is hard.” ― The Face of Evil

“There’s always something to look at if you open your eyes!” ― Kinda

“You know how it is; you put things off for a day and next thing you know, it’s a hundred years later.” ― Arc of Infinity

“Well, there’s a probability of anything. Statistically speaking, if you gave typewriters to a treeful of monkeys, they’d eventually produce the works of William Shakespeare.” ― Mawdryn Undead

“The waves of time wash us all clean.” ― Timelash

“My last incarnation… oh, I was never happy with that one. It had a sort of feckless ‘charm’ which simply wasn’t me.”― The Twin Dilemma

“This is a situation that requires tact and finesse. Fortunately, I am blessed with both.” ― Terror of the Vervoids

“Small though it is, the human brain can be quite effective when working at full efficiency, not unlike myself!” ― The Two Doctors

“It’s all right for you, Peri. You’ve only got one life. You’ll age here in the TARDIS and then die. But me, I shall go on regenerating until all my lives are spent.” ― Vengeance on Varos

“You can always judge a man by the quality of his enemies.” ― Remembrance of the Daleks

“Every great decision creates ripples. Like a huge boulder dropping in a lake. The ripples merge and rebound off the banks in unforseeable ways. The heavier the decision, the larger the waves, the more uncertain the consequences.” ― Remembrance of the Daleks

“We all have a universe of our own terrors to face.” ― Ghost light

“Time will tell. It always does.” ― Remembrance of the Daleks

“Anybody remotely interesting is mad in some way or another.” ― The Greatest Show in the Galaxy

“The universe hangs by such a delicate thread of coincidences, it’s useless to meddle with it. Unless, like me, you’re a Time Lord.”

“In the fight for survival, there are no rules.”

“I love humans. Always seeing patterns in things that aren’t there.”

“You want dominion over the living, yet all you do is kill!”

“You lot, you spend all your time thinking about dying, like you’re gonna get killed by eggs, or beef, or global warming or asteroids. But you never take time to imagine the impossible – like maybe you survive.” ― The End of the World

“Your wish is my command… But be careful what you wish for.” ― Father’s Day

“Time travel is like visiting Paris. You can’t just read the guidebook; you’ve got to throw yourself in! Eat the food, use the wrong verbs, get charged double and end up kissing complete strangers! Or is that just me?” ― The Long Game

“You know, one day – just one day maybe – I’m gonna meet somebody who gets the whole ‘don’t wander off’ thing.” ― The Empty Child

“That’s what I am: just a traveler. Imagine it: no tax, no bills, no boss. Just the open sky.”― Voyage of the Damned

“It’s taken me all these years to realize the laws of time are mine, and they will obey me!” ― The Waters of Mars

“Gravity, schmavity. My people practically invented the black hole. Well, in fact, they did.” ― The Satan Pit

“Let’s hope that from now on, this country can find its heroes in smaller places. In the most ordinary of deeds.” ― Human Nature

“My experience is that there is, you know, surprisingly, always hope.” ― Vincent and the Doctor

“The universe is big. It’s vast and complicated and ridiculous. And sometimes―very rarely―impossible things just happen and we call them miracles.” ― The Pandorica Opens

“The future pivots around you. Here. Now. So do good. For humanity. And for Earth.”― Cold Blood