It is difficult to pick the top 10 or 20 silent movies, since in spite of the lack of background scores and dialogs, the silent era produced many brilliant movies whose impact lasted well after the 'talkies' had arrived. Here are some that have left a lasting impact on viewers... 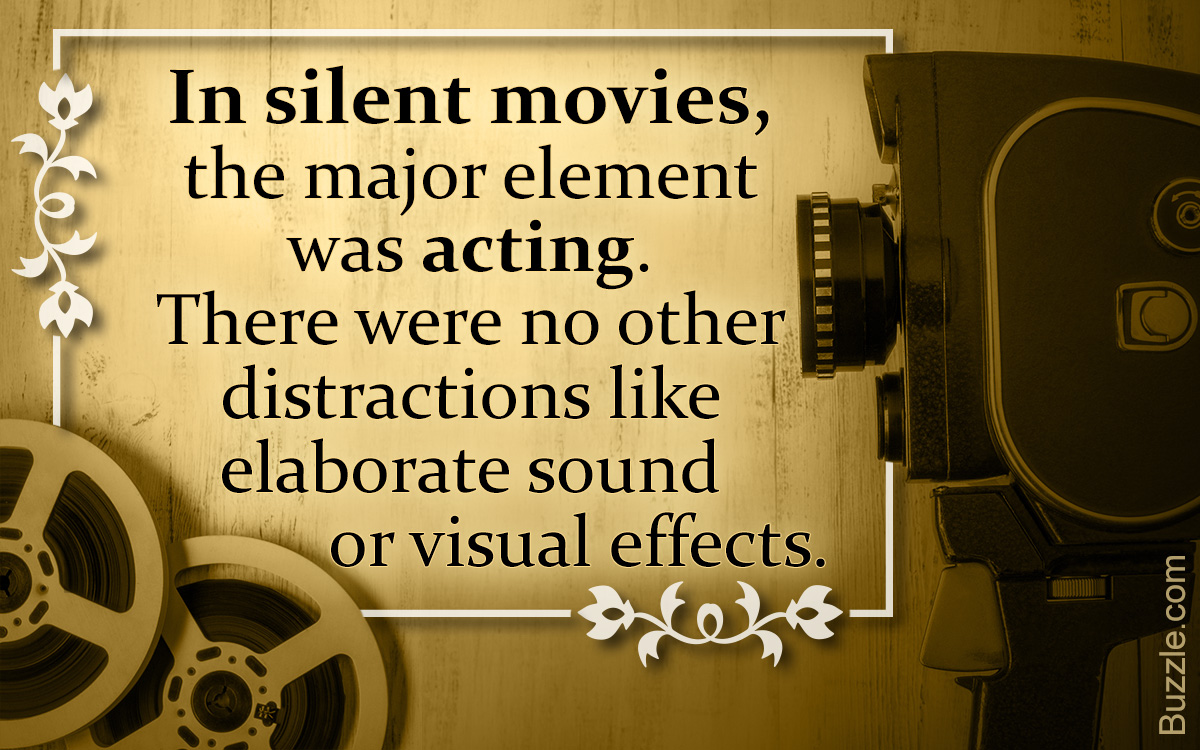 It is difficult to pick the top 10 or 20 silent movies, since in spite of the lack of background scores and dialogs, the silent era produced many brilliant movies whose impact lasted well after the ‘talkies’ had arrived. Here are some that have left a lasting impact on viewers…

In this day and age, when we want the original soundtrack of every movie on our iPod, and where there are many awards for dialogs for films, it is hard to imagine how people ever watched silent films, and even appreciated them! But yes, there were some really powerful silent films that depended on intense acting to carry them through, that were hugely successful and effective in driving the point across, or entertaining, without a word being spoken. This article lists all the movies that set high standards at the dawn of the movie making era.

Best Movies of the Silent Era

Director – F. W. Murnau
This romantic movie starring Janet Gaynor and George O’Brien tells the story of a married small town man who embarks on a torrid affair with a girl from the city. Caught up in the affair, he reluctantly agrees to kill his wife, but realizes that he cannot go through with the plan, as he still loves her. He apologizes to the wife and they make up.

Director – Robert Wiene
This movie starring Friedrich Fehér, Werner Krauss and Conrad Veidt is supposed to be the best horror film of the silent era. It tells the story of a doctor, who uses a somnambulist to kill people. The story is told as a flashback by one of the characters, and has a twist at the very end. It received critical acclaim, and was also adapted into a drama and an opera, besides serving as an inspiration for horror filmmakers for many decades after its release!

Director – Buster Keaton
This silent comedy starring director Buster Keaton, is about two poor men vying with each other for the love of a beautiful girl, who they both want to marry. One of her suitors is the bad guy, and the other is good. When the bad guy steals from the girl’s father to give her a gift and blames it on the good guy, the good guy offers to solve the crime, but is banished. Eventually the girl finds out who the real thief is and makes up with the good guy. Although the film received a lukewarm response at the time, it has since gone on to be considered as a classic.

Director – Frank Borzage
Starring Janet Gaynor and Charles Farrell, this movie is based on a Broadway play which was very popular in the 1920s. It is a sweet romance about how love blooms in unusual ways. When a poor man claims that a pretty girl is his wife, to save her from her sister and the police, they are forced to keep up the charade. Which means they have to live as husband and wife although they barely know each other. The story is about how they slowly but surely fall in love with each other, and how the impending war affects their relationship.

The Four Horsemen of the Apocalypse (1921)

Director – Rex Ingram
This family drama, which has traces of supernatural towards the end, tells the story of a family, revolving around the four men in it – the grandfather, his two sons-in-law, and his grandson. The grandfather is the one holding the family together and after his death the sons-in-law return to their respective homelands, one to France, the other Germany. The story follows the life of the grandson, with the Great War providing the backdrop for the story. Considered as one of the earliest anti-war film, it received critical acclaim as well as commercial success. The tango sequence in the movie is famous.

Director – Charles Chaplin
The Tramp is caught in a fight between a prospector and a fugitive, while on his way to the Klondike Gold Rush. In the fight, the prospector receives a blow to the head and develops amnesia, while the fugitive dies. After the Tramp reaches the town, decides to stop prospecting, and falls in love with a saloon girl, the previous prospector asks him to help him search for his claim. They are successful, and the movie ends with the Tramp becoming rich, and romancing the saloon girl. It is one of the highest grossing silent movies, and largely considered by critics as the best of Chaplin.

Director – D. W. Griffith
A drama set against the backdrop of the Civil War, it documents the relations between two families – the Camerons from the South, and the Stonemans from the North. The movie shows how the war tears friends and family apart. It follows their struggle through the Civil War, as well as the Reconstruction Era. But all’s well that ends well, and finally, friends and lovers are reunited for a happy ending. This is considered to be a technically sound and technologically advanced movie for its time, although there is a racist undertone to it. Upon release, it caused quite a furor in many places, with riots and murders taking place. But in spite of all this the film is one of the highest grossing of all time.

Director – Sergei Eisenstein
This movie starring Vladimir Barsky and Grigori Aleksandrov, tells the story of the 1905 Russian mutiny that occurred on the battleship called Potemkin. It is one of the earliest and best propaganda films in the history of cinema, and in 1958, at the Brussels World’s Fair, it was declared as the ‘greatest film of all time’. The story tells of the rebellion of the crew of the battleship against the Tsarist regime officers. The rebellion brought on a street demonstration. The Odessa steps sequence, where the civilians are massacred indiscriminately by the police, is famous.

Director – Fritz Lang
Starring Gustav Fröhlich, Rudolf Klein-Rogge, Brigitte Helm and Alfred Abel, the movie is set in 2026 in a dystopian society, where there exists a wide chasm between the rich class and the worker class. The son of the Master of the City falls in love with a common girl, and the movie follows him as he tries to find out her identity and bridge the socioeconomic gap between the two classes. The film was hailed as a pioneer in technical and visual effects. Although the story failed to impress and generated a lukewarm response from the masses, it is still considered as one of the greatest silent films to be made.

Director – Fred Niblo, Theodore Reed
The movie stars Douglas Fairbanks as a rich man who poses as the masked Zorro, to stand up for the commoners in his town. He is their savior, and materializes whenever there seems to be wrong going on somewhere, and stamps his sign ‘Z’ on the face of the wrongdoer. There is, of course, romance involved, and when not posing as Zorro, he is Don Diego Vega, who is courting a beautiful girl. When his lady love’s family is being troubled, Don Diego reveals his identity and saves them. The movie has a dose of comedy as well, and it won the hearts of audiences when it was released.

Director – Carl Dreyer
Starring Maria Falconetti and Eugène Silvain, this movie is an account of the time when Joan of Arc was held as a captive by the English on the charges of heresy. Jeanne d’Arc was a young French woman who guided the French army in the Hundred Year’s War, and emerged victorious in many battles. The plot of this silent movie revolves around the trial of this brave woman, who refuses to stray from her claim that she was guided by God through dreams. She refuses to change her belief about it in the face of the many tortures and the deceptions that she is put through. The final test is when she is told that she will be burned at the stake if she doesn’t change her claims, and although initially she signs a confession out of fear, she later resiles and is given a public execution. It is listed in the top 100 and also as the most influential movie of all time.

Director– Rupert Julian
Starring Mary Philbin, and Lon Chaney the movie is an adaptation of the novel of the same name by Gaston Leroux. The movie had a pretty successful run, thanks in part to the climax which had been changed to cater to the taste of the audience. The scene when the lead actress unmasks the phantom, earned the movie the 52nd spot on Bravo’s ‘100 Scariest Movie Moments’.

A few more movies which deserve to be on this list are mentioned below.

These were some of the masterpieces of the silent era. If you take a look at the history of silent movies, you will realize the amount of effort that went into making them. The only major element was acting, there were no other distractions like sound effects or elaborate visual effects. The actors had to portray every nuance with their expressions, unaided by sound. That is something! There was a lot of talent that came forth in the era of silent movies. Most of the time, the ‘staff’ was a one man unit – director, producer, actor, all rolled into one. Time to revisit the age of silence and pay our respects.