Complete Biography of Kate Hudson With All the Important Details

For those who are born into Hollywood royalty, it's always about those little add-ons. Extra attention, extra glamor, extra fame, and of course, all the extra effort they need to put in, to carve their own niche. This lovely actress did face the mammoth task of matching up to her famous parents' aura, and match up she did! Here's the tell-all on Kate Hudson. 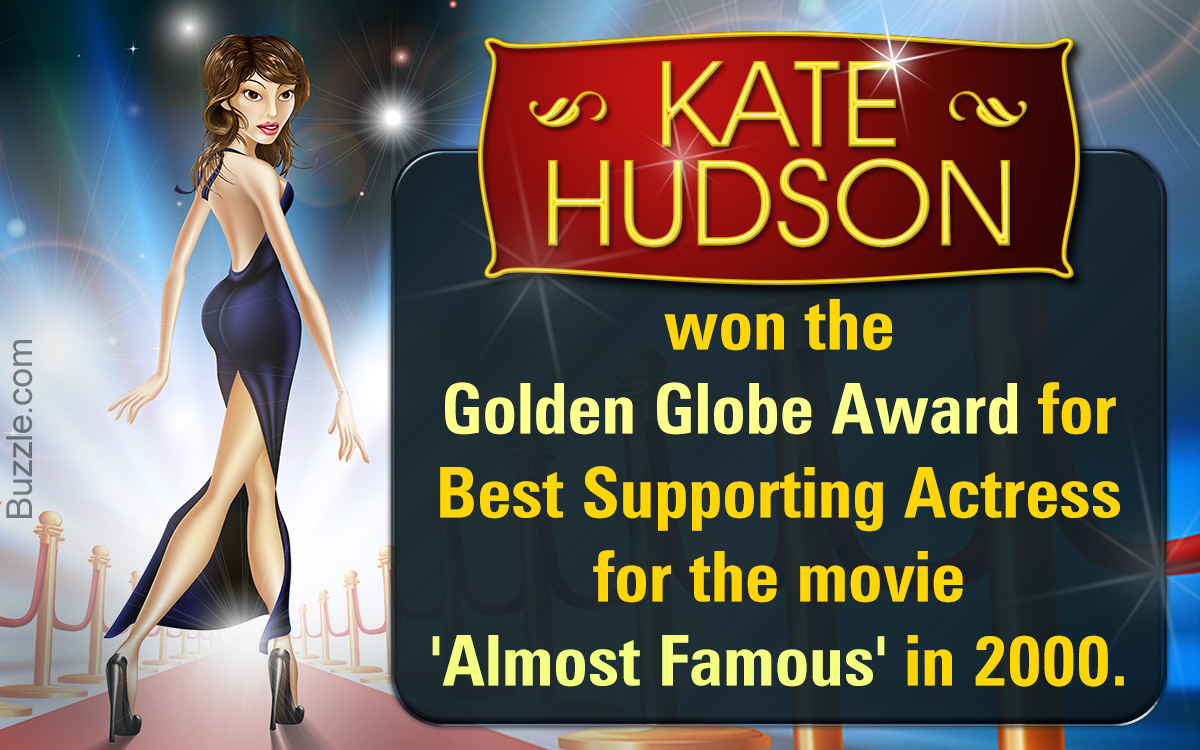 For those who are born into Hollywood royalty, it’s always about those little add-ons. Extra attention, extra glamor, extra fame, and of course, all the extra effort they need to put in, to carve their own niche. This lovely actress did face the mammoth task of matching up to her famous parents’ aura, and match up she did! Here’s the tell-all on Kate Hudson.

Charming, charismatic and a viable chick-flick princess, Kate Hudson represents generation-next Hollywood. What’s more, she has also managed to deftly avoid all the pitfalls that come with a Hollywood lifestyle. As Goldie Hawn’s daughter, she’s a resplendent bohemian and naturally expressive; traits that have made her a star in her own right.

With her parents belonging to the same profession, Kate found herself in the spotlight the moment she chose to become an actress. Now, some stellar performances later, she has managed to carry the legacy of her famous parents forward and prove that she is indeed a chip off the old block.

Kate was born in Los Angeles on April 19, 1979 to actress Goldie Hawn and Bill Hudson, a comedian/ musician. Her parents divorced before she turned two, and she considers her mother’s long-time partner, actor Kurt Russell to be her father. Kate’s brother is actor Oliver Hudson and she has a half-brother, Wyatt Russell.

She displayed a natural inclination towards the performing arts from a tender age and began attending dance classes since the age of three. As a kid, she also spent a lot of time on her parents’ movie sets, and got a glimpse into the professional world of an actor. But her parents, being actors themselves, took great efforts to shield their children from the extravagance that is an integral part of the Hollywood high-life. Her flair for acting, however, didn’t go unnoticed and her parents enrolled her into the Crossroads Performing Arts High School. She also spent a summer attending the Williamstown Theater Festival in Massachusetts.

✿ Having made her acting debut on television in 1996, her breakthrough performance was definitely in Cameron Crowe’s Almost Famous. Initially cast in a supporting role, she convinced director Crowe to let her play the lead character of Penny Lane. Her portrayal of an over-the-top rocker girl with hidden insecurities was simple and touching, which made a lasting impact on the audience and critics. She won a Golden Globe and was nominated for an Academy Award for this role.

✿ Kate then showed shades of the same on-screen character and entered into a romance with Chris Robinson of the Black Crowes. They married on New Year’s Eve in 2000 and had a son, Ryder Russell Robinson in 2004. Their marriage ended in a divorce in 2007.

✿ Her next box-office success was 2002’s How to Lose a Guy in 10 Days, with Matthew McConaughey, which had her play the role of a girlie magazine journo on a mission to make a man fall out of love with her. The classic chick flick that it was, it ended up getting the “thumbs up” from the female populace, and certified her position as an A-list star.

✿ In 2003, she entered into production and started a company with her parents and brother called Cosmic Entertainment.

✿ She refused the role of Mary Jane Watson in the Spider-Man movie, and went on to star in Alex & Emma and Raising Helen. Kate wowed the audience when she appeared in the horror movie The Skeleton Key in 2005, back in a slim avatar, having just delivered her first child.

✿ She ventured into direction in 2007 with the short film Cutlass, based on one of the reader’s stories sent to Glamour magazine.

✿Kate showcased her amazing dancing skills in the musical Nine. Being a part of an ensemble cast that included Daniel Day-Lewis, Nicole Kidman, Marion Cotillard and Penelope Cruz, was a fabulous experience for her.

✿ Her next movie, The Killer Inside Me released in 2010 and came under heavy criticism for its disturbing portrayal of violence against women. Although Kate made a striking departure from her usual rom-coms, the movie didn’t do much for her.

✿ The same year, she began dating Muse singer Matthew Bellamy and their son Bingham Hawn Bellamy was born in July 2011. The couple has been engaged since spring 2011.

There are several reasons why we love Kate Hudson, and the foremost among those is her fresh appeal. The people who know her describe her as possessing an effervescent charm that draws everyone close. Her ability to light up the screen and the wattage of her smile may be inherited, but the tenacity with which she has built her career without piggybacking on her successful parents is noteworthy. She reigns as the ultimate rom-com princess, but her fans would surely love to see her become more experimental. Until then, Kate Hudson will remain a strong contender for the title of America’s Sweetheart, and happily so.