Italy has produced some of the greatest talents in fields spanning art, movies, science, and sports. Here is an account of some of the most famous Italian actresses. 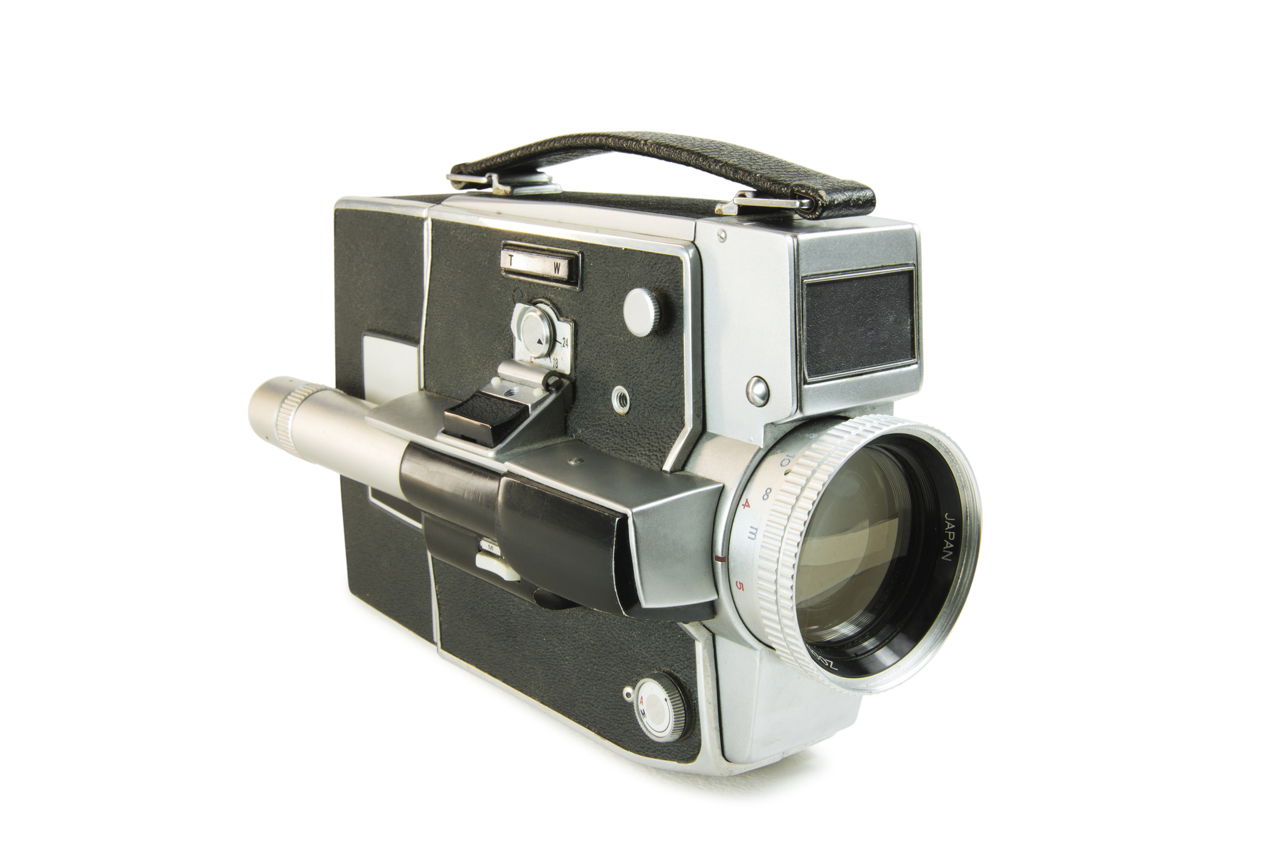 Italy has produced some of the greatest talents in fields spanning art, movies, science, and sports. Here is an account of some of the most famous Italian actresses.

Italian actresses can be counted amongst some of the most well-known ones in the world. Given below are some of the most popular actresses who have emblazoned the silver screen with their unique beauty, flair, and impressive achievements.

The names have been arranged in an alphabetical order.

Anna Magnani has a rags to riches life story. She was born as an illegitimate child in Rome. Her mother abandoned her. Anna was brought up by her maternal grandmother. She enrolled in Rome’s Academy of Dramatic Arts and worked and sung in cabarets and nightclubs to earn money.

Her breakthrough movie was Rome, Open City in 1945. She was also the first Italian to win an Academy Award for her role in The Rose Tattoo. After this, she got worldwide recognition and a chance to work with some of the best directors in the business. Her last movie was Roma, directed by Federico Fellini.

The fact that she won an Oscar brought the spotlight on Italian actresses, thus inspiring a whole generation of them. She died of a tumor in the year 1973.

Voted as one of the most beautiful actresses to be portrayed on screen, Claudia is probably the most recognizable Italian actress to act in Hollywood movies. Born in Tunisia, North Africa, her beauty was not unnoticed. She took part in a beauty pageant and was selected as the most beautiful woman in Tunisia. This followed with a succession of small roles in low-budget films. She was spotted by the French film director, Jacques Baratier.

With Careless, her breakthrough role came and she was internationally well-known after that. She also acted in critically acclaimed, Academy Award-winning movies such as 8 ½ and Once Upon a Time In the West. She is a feminist and also campaigns for gay rights. Although portrayed as a sexy siren in most of her movies, she has never posed semi-nude or nude, thus earning respect for her professionalism.

Born as Luigina Lollobrigida in Subiaco, Gina’s career began with modeling as well as participating in a number of beauty contests. She got the third place in the Miss Italy contest held in 1947. At about this time, she started appearing in films made in the Italian language, which resulted in drawing Hollywood’s attention to her. It was in 1953 that she appeared in Beat the Devil, her first American film. With her popularity increasing, Gina began to be called ‘The World’s Most Beautiful Woman’.

It was her 1961 movie, Come September, in which she co-starred with Rock Hudson, which is considered to be her most popular work. It got her the Golden Globe as the ‘World Film Favorite’. In 1966, she co-starred with Alec Guinness in Hotel Paradiso, and in 1968, she appeared in Buona Sera, Mrs. Campbell, with Telly Savalas, Phil Silvers, and Shelley Winters, for which she got a Golden Globe nomination. Her career in films began winding down by the 1970s, with her appearing in just a few films, which were poorly received.

However, by then she had begun to follow her vocation as a photographic journalist, which proved to be a success. Amongst the notable people whom she photographed were Salvador Dali, Paul Newman, as well as the German national football team. She also wowed the world press by getting Fidel Castro to give her an exclusive interview.

Born in San Giorgio di Piano, Italy, Giulietta was brought up by her widowed aunt in Rome. It was here that she developed a passion for theater. She also played parts in a radio show directed by the great Italian director Federico Fellini. She would go on to marry him in the future.

She debuted with the movie Without Pity. She won critical acclaim by acting in La Strada and Nights of Cabiria. Her role in the latter is counted as one of the finest performances ever produced in a film. Both these movies won Academy Awards in the ‘Best Foreign Language Film’ category.

With movies, her penchant with television and the natural inclination towards radio shows did not fade away. From 1966 to 1969, she hosted a radio show Lettere aperte a Giulietta Masina. She died in Rome in March 1994.

People looking at her for the first time will be reminded of Ingrid Bergman for the uncanny resemblance she has with her. For those who do not know the reason behind this similarity, well, Isabella Rossellini is her daughter. She was born in a family that could have the highest Hollywood credentials. Her father was the famed Italian director, Roberto Rossellini. The genes for the silver screen were definitely inherited since she impressed the audiences with her debut movie A Matter of Time. She soon started carving a niche for herself, although moving out of her mother’s shadow seemed impossible. She also dabbled as a correspondent for a TV network and worked in many television serials too.

She played her most applauded role in the movie Blue Velvet. She also acted in movies like Death Becomes Her and White Night. She holds a dual American-Italian citizenship and currently resides in the United States.

Even though many people won’t remember her by name, most of them remember her appearance and voice. Yes, this actress is known for her voluptuous figure and sultry, seductive voice. Monica was born in Citta di Castello, Italy. Because of her natural beauty, she tried her hand at modeling in her university days, and became very successful in the modeling circuits across Italy. She enjoyed the most success in Milan. Because of her looks, she was offered television roles in 1990, which she accepted. Her major breakthrough film was Bram Stoker’s Dracula, which brought her fame and attention of the producers and directors.

She went on to play major roles in movies like The Apartment, Malena,Under Suspicion, and The Matrix Reloaded. The early roles she got, flaunted her as an eye candy, but after realizing that she was not just a pretty face, Monica went on to play meaningful roles, winning praise from critics and fans alike.

Born in Rome, Italy, Monica was naturally inclined towards acting from a very young age. She starred in many amateur productions as a teenager and then enrolled herself in the Academy of Dramatic Arts. She toured Germany as a part of an Italian acting troupe.

Her most memorable role was in the multiple award-wining movie L’ Avventurra, which made her the most recognizable Italian actress worldwide at the time. She also had a weird wish of never posing for a profile picture.

It has been over fifty years since Sophia Loren, who is regarded as one of the most popular Italian actresses, has been captivating film audiences the world over. Born as Sofia Scicolone in 1934, she began her career as a model, when she was just 14 years of age. After she won a beauty contest which took place in Naples, she was enrolled in an acting class by her determined mother. Her first movie was Quo Vadis, in which she was cast as an extra.

It was Carlo Ponti, the film producer (whom she would later marry), who suggested that Sophia should take part in a beauty pageant being held in Rome. Even though she did not win the contest, she was called for a screen test by him. Ponti expressed displeasure with some of her physical attributes.

Sophia Loren’s popularity began to rise in Hollywood by the latter part of the 1950s with movies like The Pride and the Passion and the Boy on a Dolphin, in which her co-stars were Cary Grant and Frank Sinatra. It is said that Grant fell so much in love with Sophia Loren that he proposed marriage to her ardently, although she was with Carlo Ponti at the time.

She won the Academy Award for Best Actress in 1961 for her performance in Two Women. Sophia has done about 75 films since the beginning of her career in acting. She has won various other awards such as a Golden Globe and the Venice Film Festival Award, proving her longevity and sheer acting talent. She was presented the Honorary Award by the Academy of Motion Picture Arts and Sciences in 1990.

These were some of the famous names that brought pride and glory to the Italian film fraternity and earned a huge following from the world over, for their acting talent and beauty.