List of Weird Habits That People Have. Is Yours Among Them?

"With great abilities comes great weirdness". We believe that people who engage in oddities are the ones who occasion outstanding progress - think Einstein or Franz Kafka. But how does picking your nose or sniffing your armpit lead to something phenomenal? Maybe it will, someday.

Home / Actors / List of Weird Habits That People Have. Is Yours Among Them?

"With great abilities comes great weirdness". We believe that people who engage in oddities are the ones who occasion outstanding progress – think Einstein or Franz Kafka. But how does picking your nose or sniffing your armpit lead to something phenomenal? Maybe it will, someday.

Lady Gaga was apparently so happy with this certain egg prop that she took it home and uses it as some kind of tranquil bastion by slipping into it for meditation.

The most amusing thing was that with wombats who are known to poop perfect and ship-shape cubes, that’s wow and weird. Male bowerbirds in a bid to attract a fetching mate, design beautiful nests, perhaps to showcase their expertise as interior decorators; even birds have their tricks to impress.

This was still cutely weird, but some birds go so bonkers when the summers come that they defecate and urinate on themselves to stay cool! Glad to be a human. But alas, this gladness is soon going to pall as we discuss some real weird habits that humans are known to engage in.

Kids and adults alike are fixated with scooping out their nose nuggets. If you are a kid and berated oftentimes for mining your nose, just try catching an adult in his leisure time and you will find the next big booger excavator.

Someone you know wants to have a schnoz like a pig as he believes those widespread circular nostrils will make circling of the insides of it very convenient. Smart, right?

Mulling over whether your morning breath should smell bad or not?

Yes, the very actor you fantasize about, also has a morning breath. So bad that if you put Kraken and him in some bad breath battle, Kraken will cringe in his malodor, curl up, and croak.

Feeling downright fearful when you are in the toilet and someone tries to open it, even when you know it is locked. We all are fiercely private with our toilet time and we just cannot imagine someone encroaching on it.

The moment you see the toilet lock wiggling, you are hit by a frigid wave of fear so much that you even get up midway to check if the door is locked. Because what happens inside the toilet should always stay inside it.

Nothing in the world will give you the kind of sense of achievement than watching a soiled, wax-speckled Q-tip. Every time you do that, your eyelids become heavy with sheer pleasure and satisfaction. Hahaha.

Grunting and feigning to overextend yourself to open the elevator door

Occasionally, we all want to put in a show of our physical prowess; and pretending to yank open the elevator door gives us that platform. But what happens when someone inside the elevator witnesses your little demonstration of power? We don’t know about that person but you are definitely embarrassed. 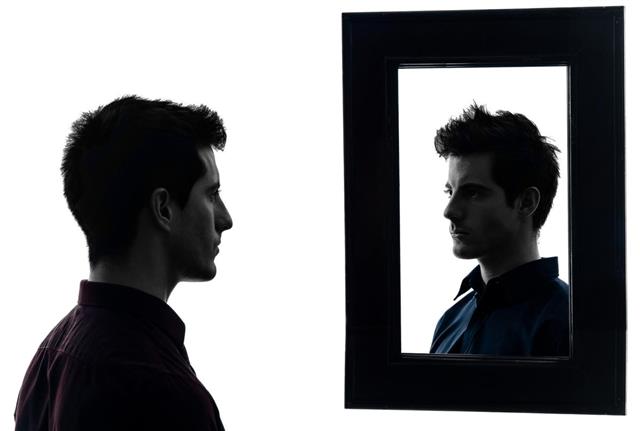 We all know the weirdness awkward silences when you have nothing to talk about. So, the best way to prevent it is by practicing the conversation million times before you meet the person.

Right from exercising your winning smile to stressing on certain syllables so that your faint dimple is visible. That’s not really that strange as it seems.

Waking up a few minutes before the alarm goes off but going back to sleep thinking that you only have a few moments of glorious slumber to enjoy. There are times when you don’t really need your alarm to you wake up. By virtue of years of waking up on same time, our body actually gets acclimatized to this ‘waking pattern’ and sometimes kicks us ahead of time.

But then, you are someone who has regard for the alarm and if you wake up at 6:45 am and the alarm is slated to go off at 7.00 am, for the love of your device, you go back to sleep. You’d rather be on time or late, but never before time.

Conversing about hypothetical situations with yourself

I was just thinking what I should say if God swung by my place? Should I first shake hands with him? Or should I just greet him ‘Good Morning’ or ‘Good evening’ depending on the time of the day he decides to drop by? Will I be conscious? Or will I have expired in excitement? Now that’s something you need to ponder over first.

Talking to yourself to restore your confidence when something goes wrong.

Forgetting someone’s name right after they say it and not even bothering to ask them again thinking you’ll never meet them again. We all have sieve-like memory and how many names your noggin’ is supposed to remember? Huh? It is already saddled with a number of unrelated and random things.

Saving the most liked item of food for the last so that you can savor it leisurely.

We all do this! In a bid to be able to enjoy that star dish consummately, you begin with less liked food (mostly veggies) but by the time you shove them down your throat and reach your favorite part, you are full. Sad.

Playing iPod on shuffle mode and changing tracks after a few seconds in the hope of finding your favorite song. We all taint with the same brush, so we are not saying anything. But we know some people who act like a chicken who has just realized that its head has been chopped off when they don’t find their favorite song while skipping tracks. Sad chicken.

Lavishing someone with compliments when you don’t know what to say next.

There’s not a snowball’s chance in hell that you would compliment a certain woman on her haircut when you know her hair is looking as if she has been dragged through hedge backwards, forward, up, and down.

But then, if you are to share the same roof with her for some time, and to stop the awkwardness from releasing its foul smell, you have to compliment her. Things just keep getting sad and very weird.

Throw indistinct and barely audible volley of bad words or unsavory comments at people, especially when someone collides into you while walking on the road. We all don’t really have that chutzpah in a certain part of our body, but we still want to vent our irritation, so this is the only feasible option we are left with.

Jumping maniacally in the shower for the first 2 minutes.

You do that every time as you stand under the shower because you probably feel the exhilaration as that of standing under a waterfall. Let us tell you about this certain gentleman who jumped so high as the first few drops of shower made contact with his body that he smashed his head on the ceiling and got himself a big welt. Very sad.

Saying ‘oh yes’ or ‘surely’ affirmatively when someone tells you to pass on a message to someone but never say it. This is also applicable to things like ‘say hi’ or ‘tell so and so that we miss them’; this is because some of these people belong to your category of random experiments, where you just imagine boxing them on their face while they are talking.

Or simply because you care about them as much as a hog cares about global warming. Or may be because you are plain weird.

Making a heartfelt apology to your pets when you stomp on them but issuing out a forced sorry when you do that with a human. Saying a half-hearted ‘sorry’ when you step on someone’s feet or dash into someone but if you accidentally bump into your pet you beseech before them and make a sincere apology for the next 10 minutes.

Scooping up a 10-year old memory out of the blue and feeling sad about it.

Re-examining an embarrassing episode that took place nearly 10 years ago and spending the next half an hour feeling stupid about it. You might think about that fateful day in your 2nd grade when after coming back from the bathroom you realized that your skirt was tucked into tights, gosh, that was such an ignominy!

Making weird facial expressions or sticking your tongue out while driving.

It might happen that your inner thoughts exhibit themselves on face, which is the canvas of your feelings and emotions. So the next time some ordinary specimen finds you doing the same, then it is to be understood then and there itself that you are cogitating over something very extraordinary or may be nothing at all.

Gobble down a huge packet of tortilla chips all at once when you had planned to make it last for two days. *Burp* I’m full, I reckon I’ll have the left ones tomorrow. You slip your hand in the packet one more time and realize that it is empty. You then lick the packet and your hand. The list is interminable but we are forced to terminate it here.