A chronicling of the rise and rise of Matt Damon amongst the glitz and glamor of Hollywood. Have a look... 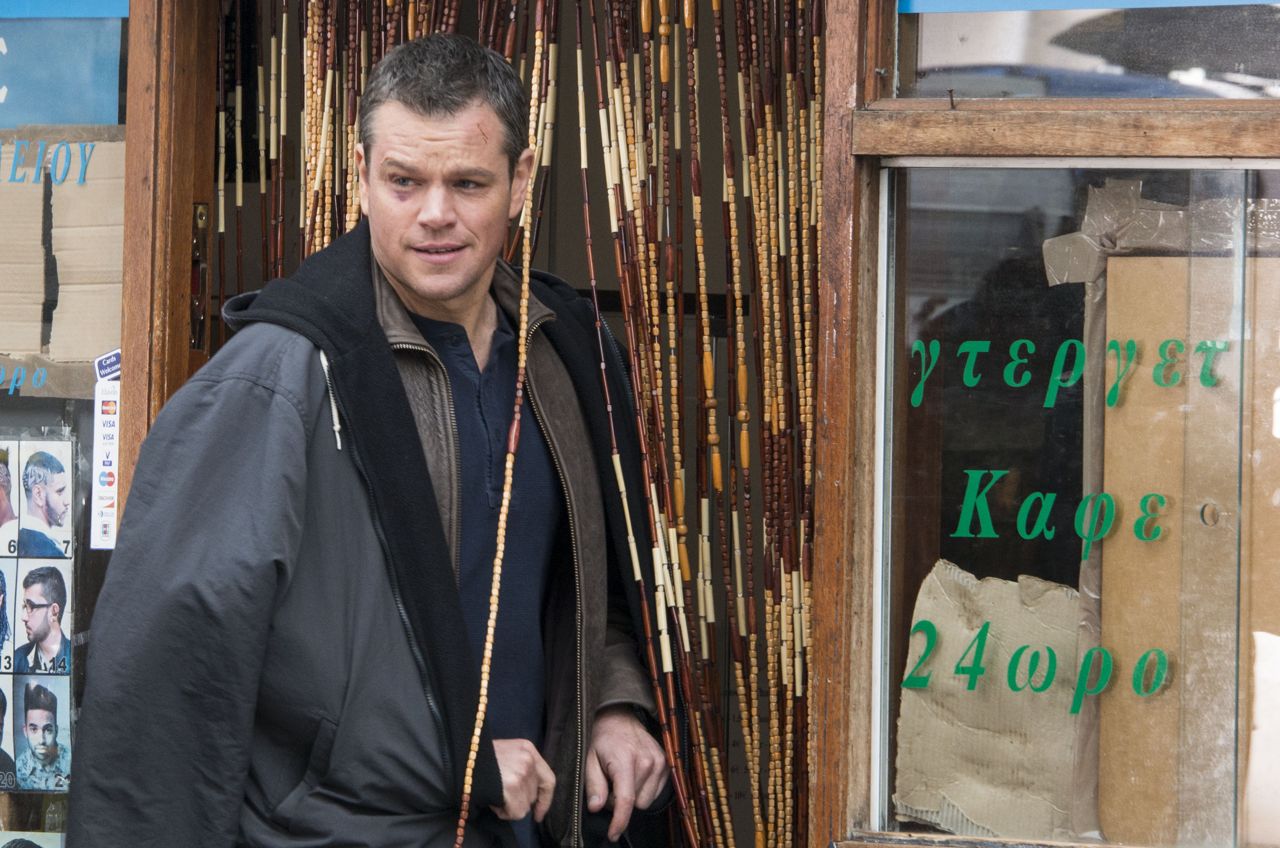 A chronicling of the rise and rise of Matt Damon amongst the glitz and glamor of Hollywood. Have a look…

Matt’s opening line for his college essay to Harvard was, “For as long as I can remember, I’ve wanted to be an actor.” This statement was clearly indicative that it was inevitable that he would make it big in Hollywood. This, despite the fact that no one from his family had ventured into the movies. He not only has become one of Hollywood’s biggest draws, but he also managed to qualify for Harvard.

Matt Damon was born Matthew Paige Damon on October 8, 1970, in Cambridge, Massachusetts. His father Kent Damon was an investment banker and his mother Nancy Carlsson-Paige a professor of education. She once wrote a study blaming the Teenage Mutant Ninja Turtles for classroom violence. However, the biggest influence in his life has been that of fellow Hollywood hotshot Ben Affleck, who grew up two blocks apart from Matt. Matt met Ben when he was ten years old. The two would spend time playing Dungeons & Dragons, video baseball, short stop in Little League, and watching Godzilla and Kung Fu movies. They would very keenly follow the adventures of The Super Friends and The X-Men. As teens, he and Ben Affleck worked at a movie theater together. Matt quit after Ben got fired for constantly being late. Hanging out together the entire day and simply following their passions, they both became best friends, and also great actors and scriptwriters.

Matt was sixteen when he told his parents he wanted to be a professional actor, and, with Ben’s help, he flew to New York and got himself an agent. He went on to audition for Disney’s Mickey Mouse Club, but he didn’t get a part. But he did land his first role in a full-fledged feature film as Steamer, in the Julia Roberts and Lili Taylor starrer Mystic Pizza. He later auditioned for the roles of Alan Isaacman in The People vs. Larry Flynt, and for a part in Gus Van Sant’s To Die For, which he went on to lose to Edward Norton and Joaquin Phoenix respectively. But he did go one up on Norton when he beat him to the role of Rudy Baylor in The Rainmaker. He also ended up working with Norton in the poker drama Rounders.

Matt has the propensity to go the extra mile to get into the skin of the character that he is playing. For the role of Rudy Baylor in The Rainmaker, he went to Tennessee and tended a bar there to hear the stories of the townspeople. He also attended some college football games. He fainted on the sets of Courage Under Fire, where he played a junkie, because of the effort he put in to lose 40 pounds. He ran 12 miles a day, and ate nothing but boiled chicken and potatoes.

However, Matt’s biggest moment in his career was when Ben and he managed to convince Miramax Pictures to film their script for the movie Good Will Hunting, with both of them in the title roles. Both of them were refused umpteen times by agents as well as directors. They were almost always asked to come back after reworking on the draft of the script. Some producers did show interest in the script, but they would back out after hearing the prerequisite that Matt and Ben were to be given the title roles. Damon and Affleck were inspired by other nobodies, who had sold first scripts with themselves attached as actors. The most famous amongst these was Sylvester Stallone, who some two decades earlier had managed to star in his own script, Rocky.

Good Will Hunting, which also starred Robin Williams, surpassed Miramax’s former top box office seller, Pulp Fiction, when it made more than 120 million dollars in the United States. The movie was made at less than 10 percent of the cost. Good Will Hunting was nominated for nine Oscars; it won for Best Original Screenplay and Best Supporting Actor.

Matt has a penchant for getting romantically involved with his co-stars, after being linked with model Kara Sands; his Rainmaker co-star, Claire Danes; and his Good Will Hunting co-star Minnie Driver. Damon also had a long-term relationship with actress Winona Ryder, and was reportedly seeing his All The Pretty Horses co-star, Penelope Cruz.

Matt went on to star in the titular role in the Steven Speilberg helmed Saving Private Ryan. He then co-starred with Affleck in Dogma. He followed this with his turn in Steven Soderbergh’s Ocean’s sequels. 2014 will see him in The Monuments Men and Interstellar.

He is married to Luciana Bozán Barroso, and has 3 daughters and 1 stepdaughter.