Most Anticipated Movies of 2018

What good is a new year if it doesn't come with new movies, right? The upcoming year 2018 will bring everything that you can ask for! Check out the most anticipated movies of 2018..

Home / Actors / Most Anticipated Movies of 2018 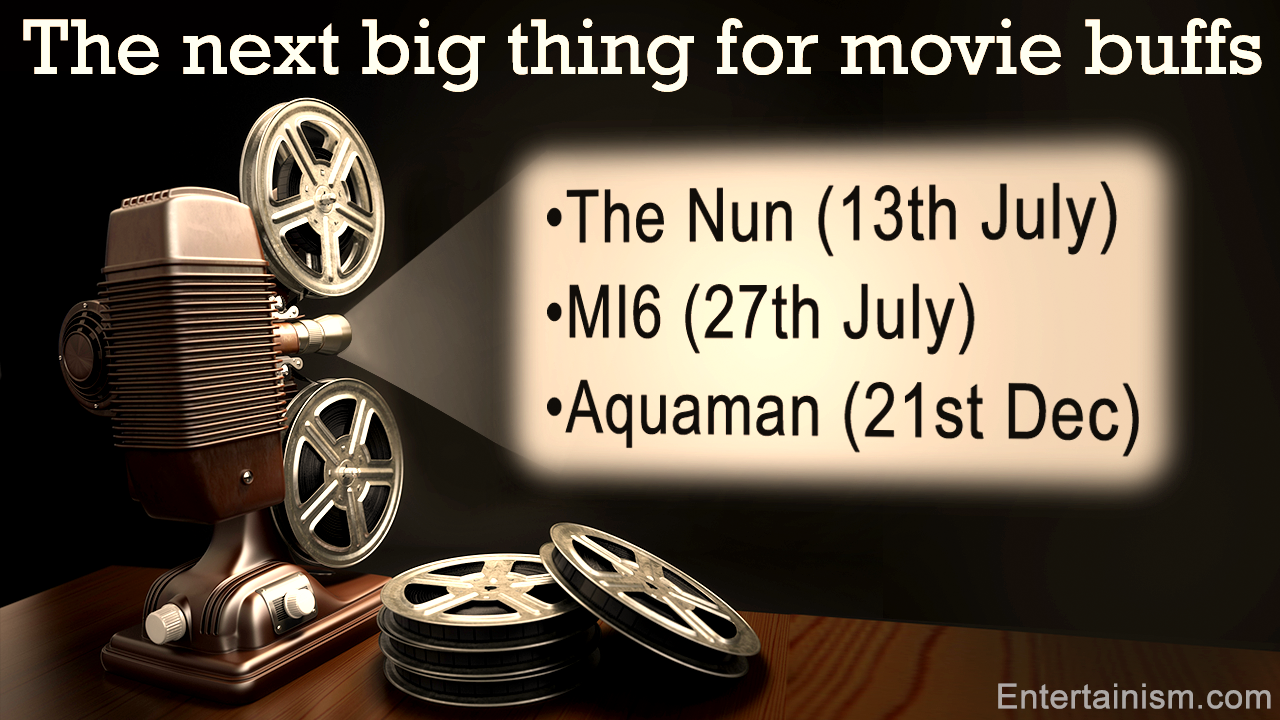 What good is a new year if it doesn’t come with new movies, right? The upcoming year 2018 will bring everything that you can ask for! Check out the most anticipated movies of 2018..

It’s a tradition in the Marvel movie universe that in every phase 2 movie, some character’s hand or arm gets chopped off as a tribute to the classic movie, Star Wars.

Each year, when November ends, everyone starts to look for next year’s movies. People think about the many sequels, prequels, spin-offs, adaptations, and much more that “let this year end!” remains as the only wish! Here is one such I-can’t-wait-to-watch-this-movie list. 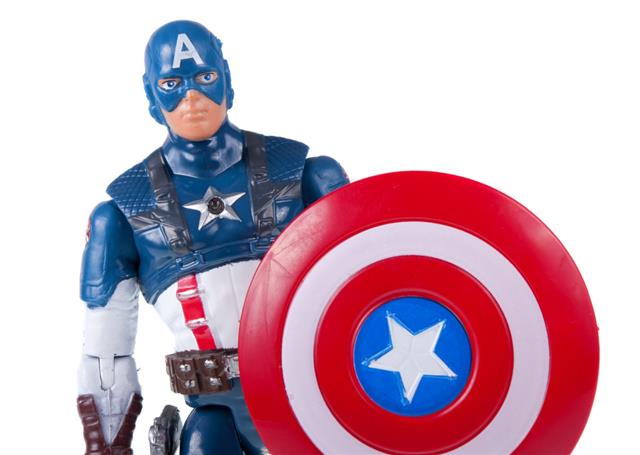 The crowd went wild when Spider-Man made his entry in Captain America: Civil war. It was overwhelming when the gang of Avengers split into two and War Machine lost his ability to walk. Now, Thanos is planning an attack on Earth, and because of this civil war, humans are utterly defenseless! Can it get any scarier?

The universe of Marvel is releasing Avengers: Infinity War, Part 1 and there is nothing you can do but count the days till 4th May 2018. 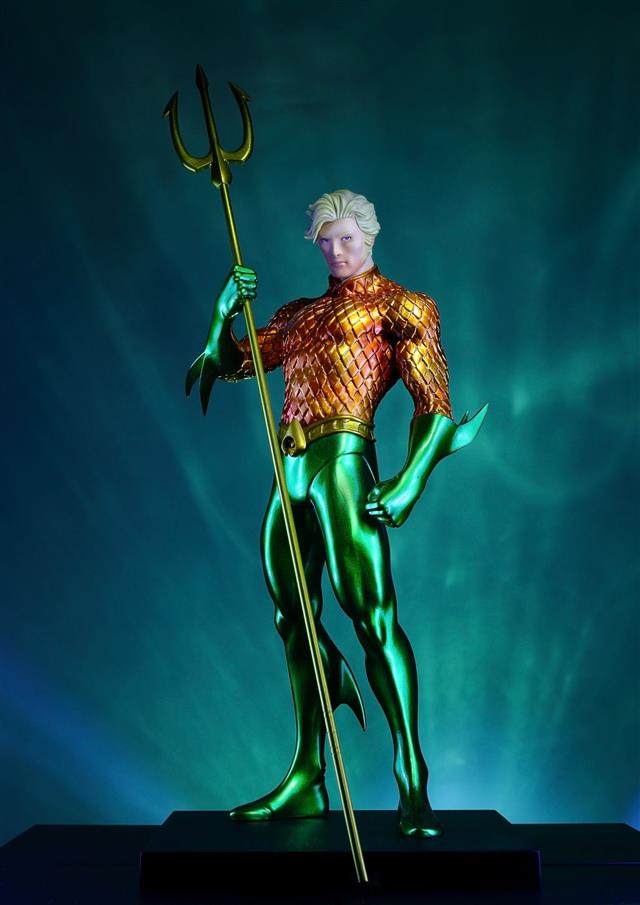 The fans were eagerly waiting for Wonder Woman. Its stunts, graphics, and storyline were worth every penny. Many were a little disappointed by Batman v Superman: Dawn of Justice, but the last DC movie was very satisfying. There was a glimpse of Aquaman in Batman v Superman, and comic geeks can’t wait to see it as an independent film on the big screen. The trailer of the movie is already released; the film will be in theaters on 21st December 2018.

Ant-Man and the Wasp 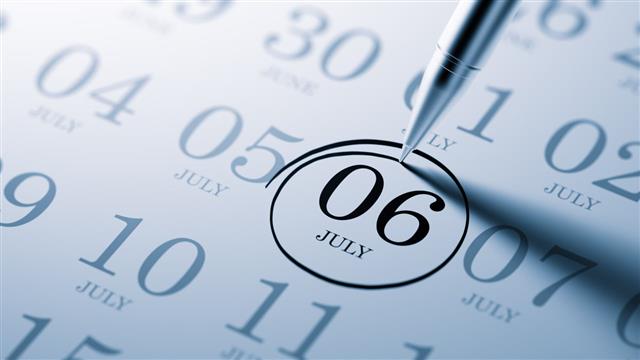 A con-man gets a second chance to right his wrongs using a super-powered suit which can shrink him to the size of an ant. In the first movie, Scott Lang and his completely wacky team took us through a hilarious yet thrilling heist to save the world. He totally stole the show in Civil War, when he got really big and scared the wits out of everyone including himself. Now, he’s coming with his partner the Wasp on 6th July. So, mark the date my friends, because you can’t afford to miss this!

2018 might be the most awaited year for comic book lovers, and surely they are already staring at the calender for these upcoming movies: 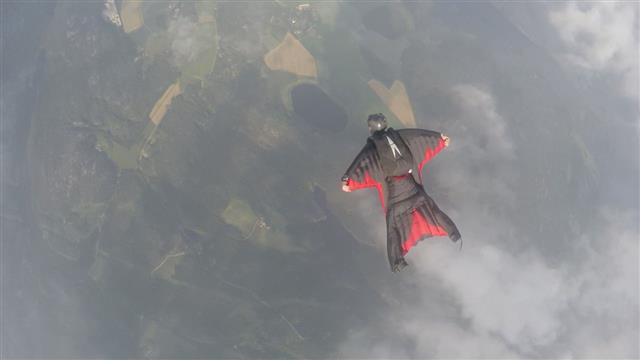 Everybody’s favorite secret agent Ethan Hunt is coming back with a bang next year, and fans are eager to know the story between Ethan and his wife Julia, who will be in MI6. Rebecca Ferguson has also been confirmed to play Ilsa Faust, and the technician Benji  will surely make you laugh. Tom Cruise insists on performing all the stunts himself and it was very exhilarating to watch him bungee jumping in MI3. The movie will be released on 27th July 2018 and God knows what Ethan will do this summer! 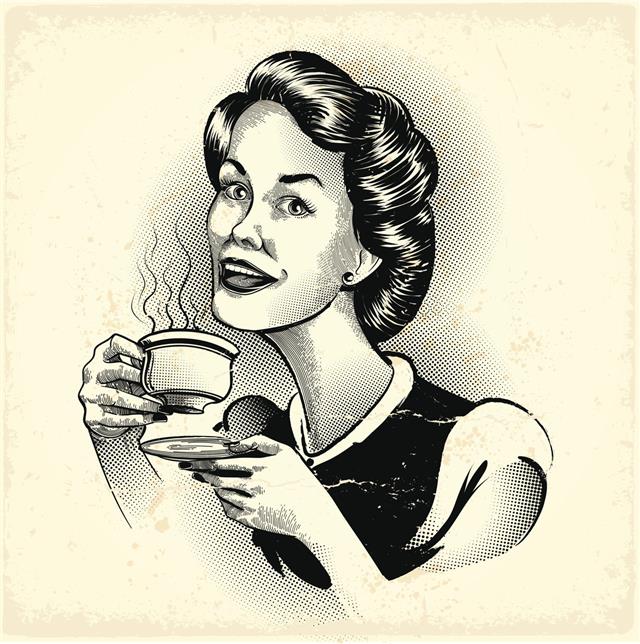 Rob Marshall surely wants a pile of awards this year and maybe that’s why he’s bringing the classic character back after a huge gap of 54 years. Meryl Streep is in this sequel as Topsy. Let’s see if this movie brings Meryl another Oscar or not.

The former nanny, Mary comes back to Jane and Michael Banks, and introduces her whimsical cousin Topsy. Sadly, to know what happens next, you will have to wait till 25th December 2018. 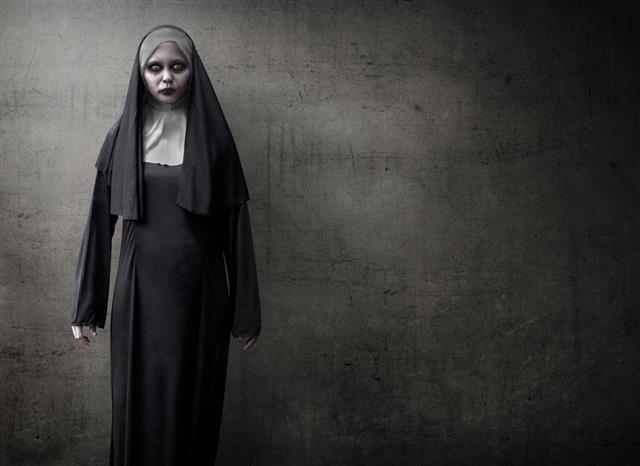 Remember the time when a Nun came out of her painting in The Conjuring 2 and you got all scared? Her appearance was for just a couple of minutes; but imagine her haunting an entire film! It’s a spin-off from The Conjuring, and it’ll be the fifth installment in the series. There was a small introduction of the nun in Annabelle, and it was very spooky. So, wear the cross around your neck and keep your Bible closer because she is coming on 13th July! 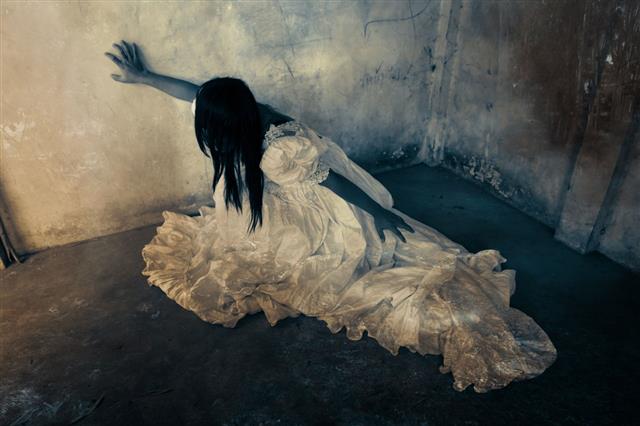 The ghost is ready, are you?

After three years, Elise Rainier will come back with some horrifying demons. In the last chapter, Elise Rainier helped a teenage girl, who was haunted by a supernatural entity. The movie was so eerie, that many people couldn’t sleep with the lights off for days! The directors of this franchise sure know how to keep the audience on their toes, and they are bringing a new chapter on 5th January, 2018. 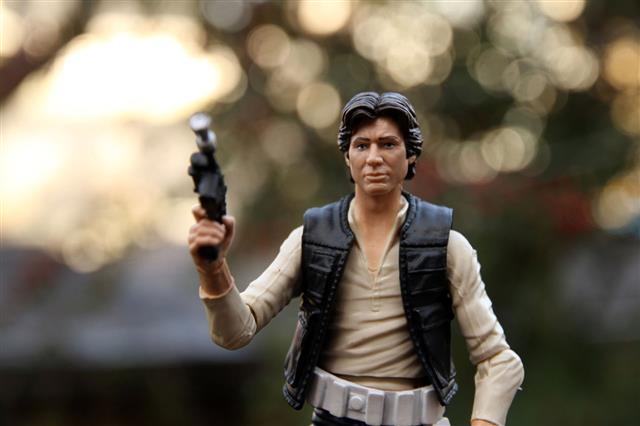 A long time ago in a galaxy far, far away, there was a man who did some extraordinary things with the help of Chewbacca and the Millennium Falcon !

The most awaited spin-off of all time is here! Star Wars fans can’t wait for this movie which includes the early life of Han Solo. Audience loved the romance of Han and Princess Leia and let’s hope this movie includes arc between them. There are lots of rumors about the release date and the movie title, but it may release on 25th May 2018. 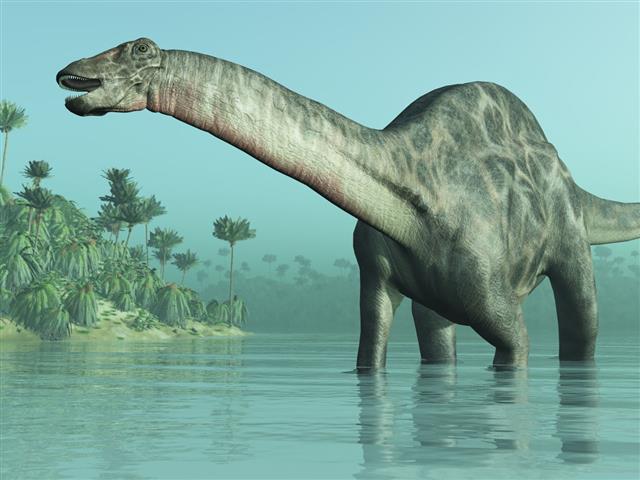 Jurassic Park is a treasured childhood memory for ’90s kids. Jurassic World: Fallen Kingdom will be the fifth installment in the series. The new film will be filled with new breeds of dinosaurs, more action, adventure, and it will be more terrifying too. So, enter the world of Jurassic once again on 22nd June 2018. 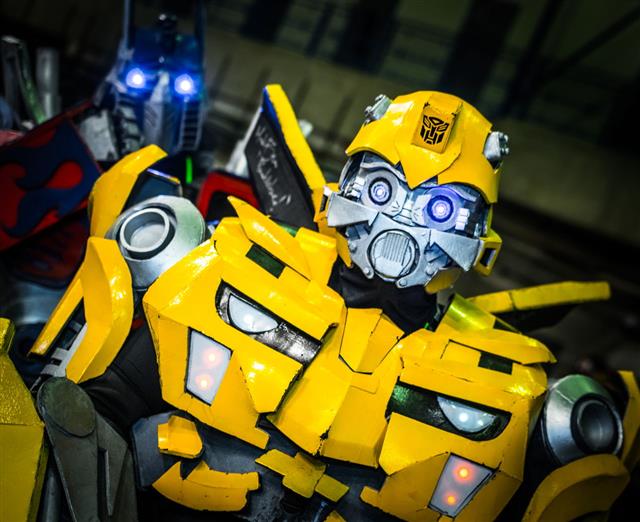 Transformers is the only movie series which pops in mind when someone says anything about visual effects. Transformers has ruled hearts for almost a decade now, and this year, producers gave some great news. Transformers are coming up with a spin off on 21st December 2018, and it’s none other than your favorite Autobot, Bumblebee. Many loved the adorable connection between Sam and Bumblebee; though it will mainly focus on the early life of Bumblebee, when he was a refugee in some junkyard.

Let your imagination go wild with these upcoming sci-fi movies: 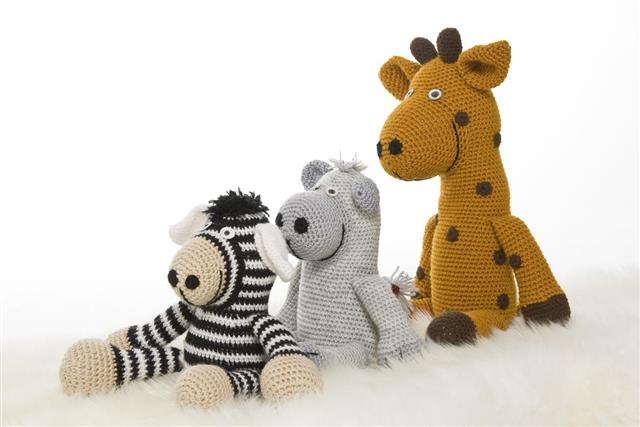 Remember the mess created by four animals, who got mysteriously stuck on the island of Madagascar? The fourth film of the franchise will be released this year. The film also launched a spin-off of Penguin characters, Penguins of Madagascar in 2014. Even after the three attempts, Alex, Morty, Melman, and Gloria can’t seem to find their way back home. Hopefully, this adventure will bring some good outcome.

‘We humans are scared of ghosts and monsters, they might be scared of us too!’

Hotel Transylvania came up with this idea and people showered it with lots of laughter. It showed the softer side of a Dracula around his daughter Mavis, and the love story of Mavis and the human Jonathan. After countless twists in the storyline, one can’t imagine what will be in this third succession! Hotel Transylvania 3 is all set to release on 13th July 2018.

There is nothing more expressive and creative like animated movies. The world of animation went beyond kids’ movies and we’re eternally grateful. The exaggeration of real life is what made Madagascar a hit and they’re back with another sequel. Few more anticipated animated movie are:

A Wrinkle In Time 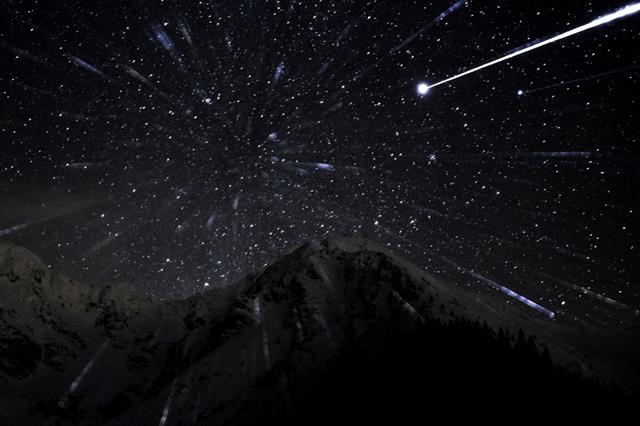 Who wouldn’t love to travel time? The book with the same title was published in 1963 and it’s one of the best 100 chapter books. A girl named Meg Murry with her brother Charles Wallace, and her friend Calvin O’Keefe travel through time and space to rescue her father from evil forces. The book is considered an inspiration and gives kids something to think about. There was a Disney adaptation of the book that released in 2003, now there will be a theatrical film on it on March 9, 2018.

Fantastic Beasts: The Crimes of Grindelwald 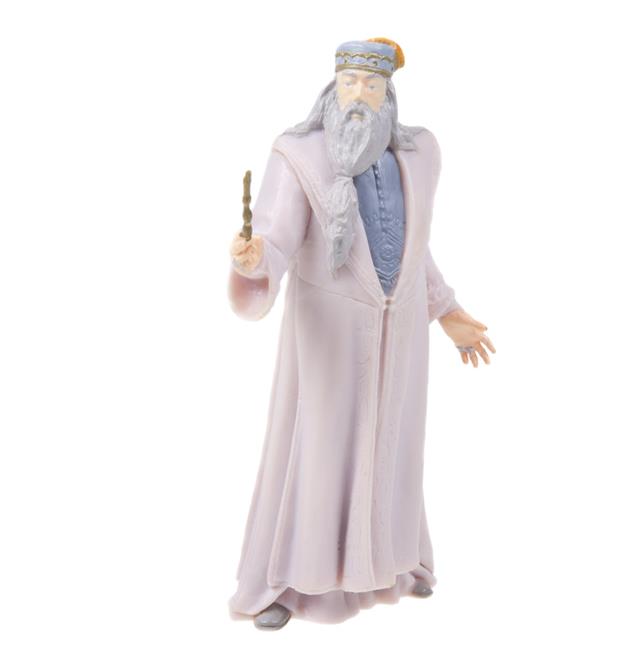 Gather around, Potterheads! As you all know, a spin-off of the Harry Potter film series, Fantastic Beasts and Where To Find Them came in cinema halls with the beloved Eddie Redmayne as Newt Scamander. You saw what happens when one messes with the plans of Gellert Grindelwald. So, in the upcoming sequel, Newt Scamander will join forces with Albus Dumbledore to defeat Grindelwald. This is the battle that many fans wanted to see. So, get your wands ready on 16th November 2018 and join them!

The Maze Runner: The Death Cure 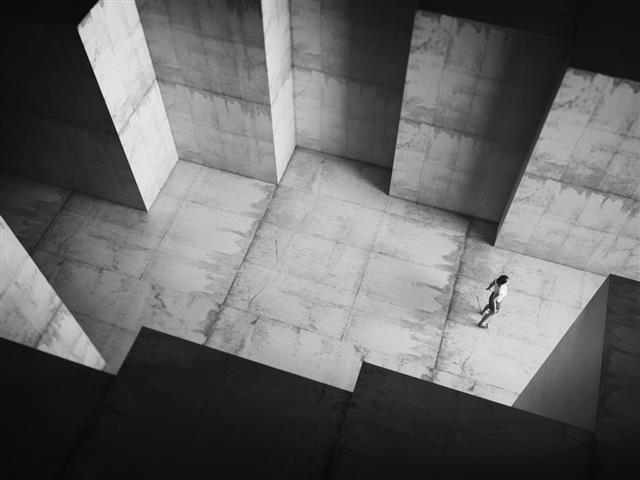 The mystery around W.C.K.D. (World in Catastrophe: Killzone Department) is getting thicker and thicker. All the fans heaved a sigh of relief when Thomas and his friends got away safely from the maze in the first part. But they were still under the control of W.C.K.D., and it only became more terrifying. In this film, Thomas is going against W.C.K.D. against all odds to save Minho, and you must get ready to fight with him till the end. The movie will be released on January 26, 2018.

Bookworms around the world will be pleased to know that the upcoming year is filled with the movies adapted from books.

There are guesses and rumors about the following movies and the suspense is unbearable already. Some of them are not finalized about the actors or the production dates, but all movie lovers just want these in the theaters as soon as possible.