These Short Jokes are the Best Stress Busters Ever!

Short jokes are great stress busters and help ease the tension in life. The following article will cover some hilarious short jokes that will make you roll in laughter.

Home / General / These Short Jokes are the Best Stress Busters Ever!

Short jokes are great stress busters and help ease the tension in life. The following article will cover some hilarious short jokes that will make you roll in laughter.

My friend thinks he is smart. He told me an onion is the only food that makes you cry, so I threw a coconut at his face.

Caught you smiling! Jokes do make you smile; some even make you roll on the floor. They are really good to change a boring mood to a cheerful one. If you’re bored doing nothing, you can quickly scroll through these jokes, and I am sure you’re gonna roll on the floor laughing and giggling. Given below are several lighthearted jokes. Read them, and don’t complain if your sides hurt.

Side-splitting Jokes
Employer: We need someone for this job, who is responsible.
Applicant: Sir, your search ends here, in my previous job, whenever anything went wrong, they said I am responsible.
Bus conductor: Why are you taking two tickets?
Passenger: Because if I lose one, that second ticket will save me.
Bus conductor: What if you lose both?
Passenger: Listen, I am not a fool. I already have my Pass with me.!!!
Question: What do you call a fake noodle?
Answer: An impasta
A man receives a phone call from his doctor.
The doctor says: “I have some good news and some bad news.”
The man says: “OK, give me the good news first.”
The doctor says: “The good news is, you have 24 hours to live.”
The man replies: “Oh no! If that’s the good news, then what’s the bad news?”
The doctor says: “The bad news is, I forgot to call you yesterday.”
Three highly decorated police officers die in a wild shoot out with narcotics dealers and go to heaven.
God greets them and asks, “When you are laid out in your casket, and your fellow officers and family are mourning you, what would you like to hear them say about you?
The first cop says: “I would like to hear them say, that I was the bravest cop on the force.”
The second police officer says: “I would like to hear that I was a terrific cop who died in the line of duty.”
The last cop replies: “I would like to hear them say … Look, he’s Moving!”
Question: Why did the blonde nurse take a red magic marker to work?
Answer: So she could draw blood.
Son: “Dad what’s the difference between confident and confidential?”
Dad: “Hmm… You are my son. Of that I am confident. Your friend Timmy is also my son. That’s confidential.
Two blondes are waiting at a bus stop.
When a bus pulls up and opens the door, one of the blondes leans inside and asks the bus driver:
“Will this bus take me to 5th Avenue?”
The bus driver shakes his head and says, “No, I’m sorry.“
At this the other blonde leans inside, smiles, and twitters: “Will it take ME?”
Dear School: Please excuse John for being absent on Jan. 28, 29,30, 31, 32, and also 33.
My son is under a doctor’s care and should not take P.E. today. Please execute him.
Please excuse Pedro from being absent yesterday. He had (diahre) (dyrea) (direathe) the runs.
Crime doesn’t pay… Does that mean my job is a crime?
Hilarious Jokes
Teacher: Why are you late?
Webster: Because of the sign.
Teacher: What sign?
Webster: The one that says, “School Ahead, Go Slow.”
When your LIFE is in DARKNESS, PRAY to GOD and ask him to free you from Darkness.
Even after you pray, if you are still in Darkness – Please ‘PAY THE ELECTRICITY BILL’.
You should be ashamed, the father told his son, Andy. When Abraham Lincoln was your age, he used to walk ten miles every day to get to school. Really? Andy responded. Well, when he was your age, he was the president.
Mike was late for school.
Mike to his teacher Mr. Black: Excuse me for my coming late, sir. I watched a football match in my dream.
Mr. Black: Why did it make you late?
Mike: Because neither team could win the game, so it lasted a long time.
Joe and Dave are hunting when Dave keels over. Frantic, Joe dials 911 on his cell phone and blurts, “My friend just dropped dead! What should I do?“
A soothing voice at the other end says, “Don’t worry, I can help. First, let’s make sure he’s really dead.“
After a brief silence, the operator hears a shot. Then Joe comes back to the phone. “Okay,” he says nervously to the operator. “What do I do next?”
Funny Short Jokes to Text
What do you call a woman in heaven?
John: An angel!
A crowd of women in heaven?
John: A host of angels!
All the women in heaven?
John: PEACE ON EARTH!
Boss (to employee): Experts say humor on the job relieves tension in this time of down-sizing, Knock, Knock.
Employee: Who’s there?
Boss: Not you anymore
Marriage is all about trust and understanding.
She doesn’t trust me and I don’t understand her.
Question: What’s the difference between arranged and love marriage?
Answer: Love marriage is impulsive suicide, Arranged marriage is planned murder.
Sally, a teenager, had been talking on the phone for almost half an hour and then she hung up.
‘Crikey!‘ responded her father, ‘That was short, darling, you usually talk for 2 hours or more. What happened?‘
‘Oh,’ Sally smiled, ‘It was a wrong number.‘
Dress Code.
It is advised that you come to work dressed according to your salary. If we see you wearing Prada shoes and carrying a Gucci bag, we assume you are doing well financially and therefore do not need a raise. If you dress poorly, you need to learn to manage your money better, so that you buy nicer clothes, and therefore you do not need a raise. If you dress just right, you are right where you need to be and therefore you do not need a raise.
The prospective son-in-law was asked by his girl friend’s father, ‘Son, are you able to support a family?‘
‘Well, no, sir,‘ he replied. ‘I was just planning to support your daughter. The rest of you will have to fend for yourselves.‘

They say laughter is the best medicine, and such short jokes serve as small doses. Hope you enjoyed reading them. 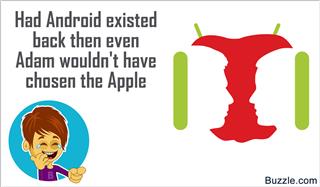 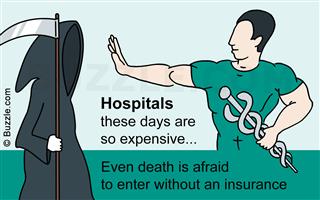 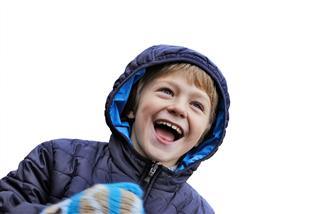