Movie Characters That Make You Nostalgic 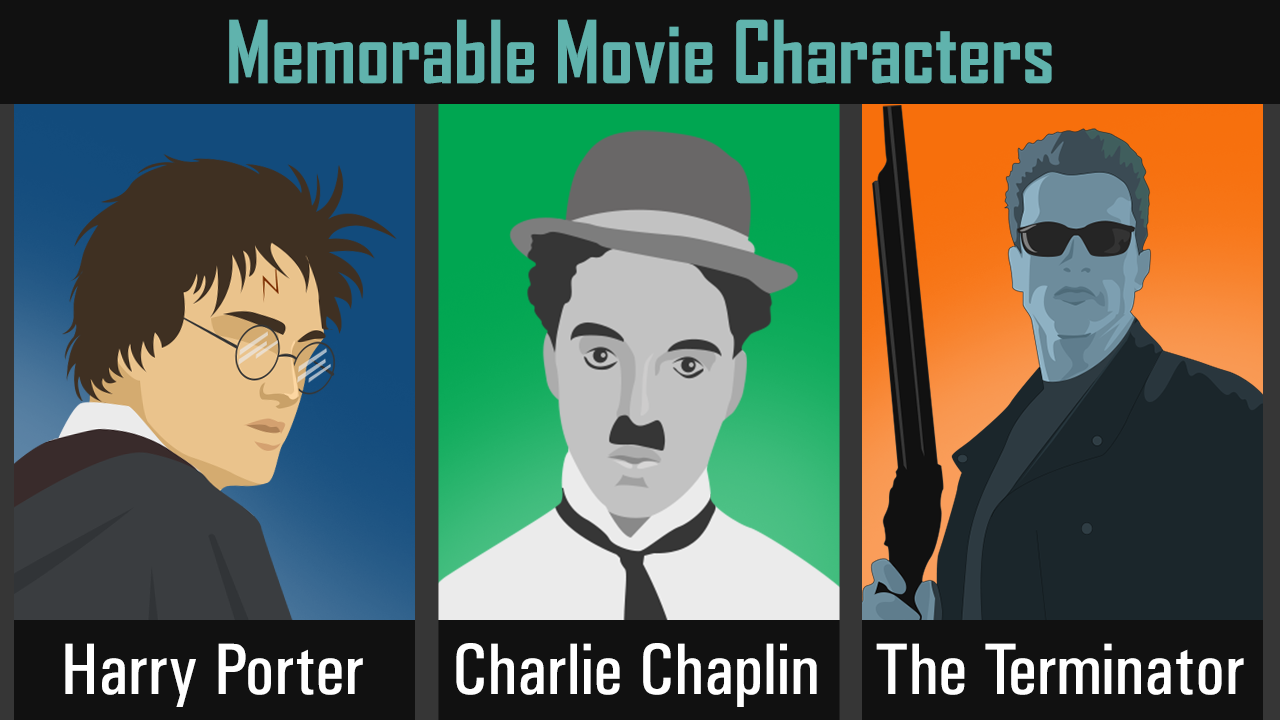 Usually most of us feel nostalgic about our past homes, loved ones, or a past relationship. However, there are many of us who feel the same way about movie characters and some great movies. Yes, there are many die-hard movie fans who have fond memories about some great film characters who have completed their journey on the silver screen. Most fans have shared some amazing moments with these famous movie characters and really want them to return because they are still missed and deeply loved.

If you start to make a list of characters that should come back on the silver screen, I’m pretty sure the list is going to be endless; which is why some serious thinking is required. The names mentioned here have been written after a lot of thinking and research. Hope you will agree with me.

Characters from the Harry Potter Series

Harry: First we need to find a place to practice where Umbridge won’t find out.

Ginny: The Shrieking Shack?
Harry: It’s too small.
Hermione: Forbidden Forest?
Ron: Not bloody likely!
Ginny: Harry? What happens if Umbridge does find out?
Hermione: Who cares? I mean, it’s sort of exciting, isn’t it, breaking the rules?
Ron: [pleasantly surprised] Who are you, and what have you done with Hermione Granger?
~ Harry Potter and the Order of the Phoenix

The magnificent Harry Potter series consisted of some amazing characters we are still not over. The memories are fresh and the role of each and every character in this journey has been substantial enough to leave us wanting more. Some of the most loved and sorely missed characters from this wonderful series are: Harry Potter, Ron Weasley, Hermione Granger, Albus Dumbledore, Rubeus Hagrid, Dobby, Ginny Weasley, Lord Voldemort himself, Molly Weasley, Mad-Eye Moody, Minerva McGonagall, Dolores Umbridge, Lucius Malfoy, Draco Malfoy, Sirius Black, Remus Lupin, Luna Lovegood, Bellatrix Lestrange, Neville Longbottom.

“All my pictures are built around the idea of getting in trouble and so giving me the chance to be desperately serious in my attempt to appear as a normal little gentleman.”

“A day without laughter is a day wasted.”

“I don’t believe that the public knows what it wants; this is the conclusion that I have drawn from my career.”

An original comedian whose comic timing is still considered incomparable, Chaplin came on the silver screen during the silent era and still remains one of the most loved characters. Most of his movies described him as an innocent fool who has the habit of getting into trouble. With the simple attire of baggy pants, big shoes, and a derby hat, Chaplin made audiences laugh no matter how bad the situation would get; even through The Great Depression and World War 2 people would watch his films just to forget all their worries and have a hearty laugh. Charlie Chaplin is the only actor who became immortal solely with his acting skills and not with his dialog.

“This is my house, I have to defend it.”

“I took a shower washing every body part with actual soap; including all my major crevices; including in between my toes and in my belly button, which I never did before but sort of enjoyed. I washed my hair with adult formula shampoo and used cream rinse for that just-washed shine. I can’t seem to find my toothbrush, so I’ll pick one up when I go out today. Other than that, I’m in good shape.”

Maybe kids of today haven’t heard this name, but Kevin McCallister was a hero to millions of kids all around the world. Why? Because he defeated two goons and he did that alone at the tender age of 8. This character was played by Macaulay Culkin in the first two parts of the Home Alone series. The McCallister family forgets their eight-year-old kid (Kevin) at home for Christmas, and what he thinks will be a fun stay alone, turns out to be an adventure where he has to protect his home from two notorious burglars. Kevin was a hero to many young boys who wanted to live alone in their home just for a day. I’m pretty sure every movie fan has a special place for Kevin in his/her heart and secretly wished that they would get the same chance as Kevin did, at least once in their lifetime.

“I know you’re out there. I can feel you now. I know that you’re afraid. You’re afraid of us. You’re afraid of change. I don’t know the future. I didn’t come here to tell you how this is going to end. I came here to tell you how it’s going to begin. I’m going to hang up this phone, and then I’m going to show these people what you don’t want them to see. I’m going to show them a world without you. A world without rules and controls, without borders or boundaries; a world where anything is possible. Where we go from there is a choice I leave to you.”

“Yeah. Well, that sounds like a pretty good deal. But I think I may have a better one. How about, I give you the finger and you give me my phone call.”

Mr. Thomas Anderson is an average computer guy who exists just because he has to. But when he is chosen to save the world and comes face to face with reality, he becomes Neo, The Chosen One: a man who differentiates between reality and fantasy and rises to take control. He has amazing superpowers, which help him save the world, but he dies a hero’s death in the Matrix Revolutions leaving millions of fans disappointed and mourning. Many fans still adore him and his heroic deeds; after all, Neo made nerds look cool.

“I promise I will never even think about going up in a tall building again. Oh, God. Please don’t let me die.”

“Come out to the coast, we’ll get together, have a few laughs…Now I know what a TV dinner feels like.”

John McClane likes it when the odds are against him and he is one hell of a character to stop Hans Gruber from burning down the house. McClane is a bad-ass, foul-mouthed and trigger-finger cop who works on his terms and doesn’t care about the system. Portrayed by Bruce Willis, McClane appeared in four films and all have been successful at the box office. I remember seeing the first part with my school friends and going crazy about McClane; millions of guys wanted to be like him. He wasn’t just good, he was bad-ass good; and his awesome character has left us wanting more.

“I’m gonna make him an offer he can’t refuse.”

“A man who doesn’t spend time with his family can never be a real man.”

“Never let people out of the family know what you are thinking again.”

Undoubtedly the most intimidating character in the world, Don Vito Corleone is immortal in the hearts of people who believe in real cinema. Although many people don’t notice that he is not the primary focus in The Godfather, yet whoever saw him was looking for only him in the entire movie. I think all of you will agree that this role was written just for Marlon Brando. Vito Corleone is usually loved by all men because he believed in staying together and gave importance to family. The scene where he advises his son about the movement of his enemies is still one of the best scenes that highlights a father-son bond. Although the Don had a smaller role compared to his sons, the Godfather was his show and will always be.

“Without pain, without sacrifice, we would have nothing.”

Tyler Durden is someone you don’t want to meet. He is not a nice guy, he is not a nice friend, he sleeps with a friend’s girl, makes life impossible for people around him, but is still considered as the greatest movie character by many Hollywood fans. No matter how bad he is, men want to be like him and women just want him. He is stylish, cool, and the most good-looking outlaw in the world. He is a born leader and always leads the way and the most important thing – he created Fight Club. Tyler Durden is no more to be seen, but his followers still pray for him to come back and raise hell.

“My mission is to protect you.”

One of the most popular robots in Hollywood, The Terminator or T-800 is one of the greatest movie characters ever to set foot on-screen. This role was tailor-made for Arnold, as his big bodybuilding personality fit the bill perfectly. I clearly remember hating the Terminator in the first movie and was pleasantly surprised when he was sent to save John Connor from the T-1000. Young guys all around started using the catch phrase “Hasta la vista, baby!”, such was the impact of Terminator.

Here are some more characters which are adored and loved by millions of movie lovers.

All the characters mentioned in this article have formed a special bonding with their fans and are still remembered with a lot of admiration. This article is written to celebrate the most memorable movie characters ever created.

Disclaimer: The views mentioned in this article are solely of the author. 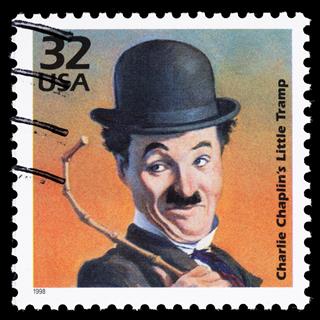 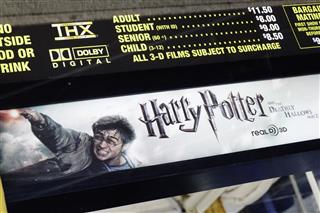