Wouldn't be wrong to term them people visionaries; cinematographers who take their cast and crew on a journey, the destination of which, is a successful motion picture. Here's a sneak peek into the movies that boast of spell-binding cinematography - movies that stay with the audience for a long, long time. 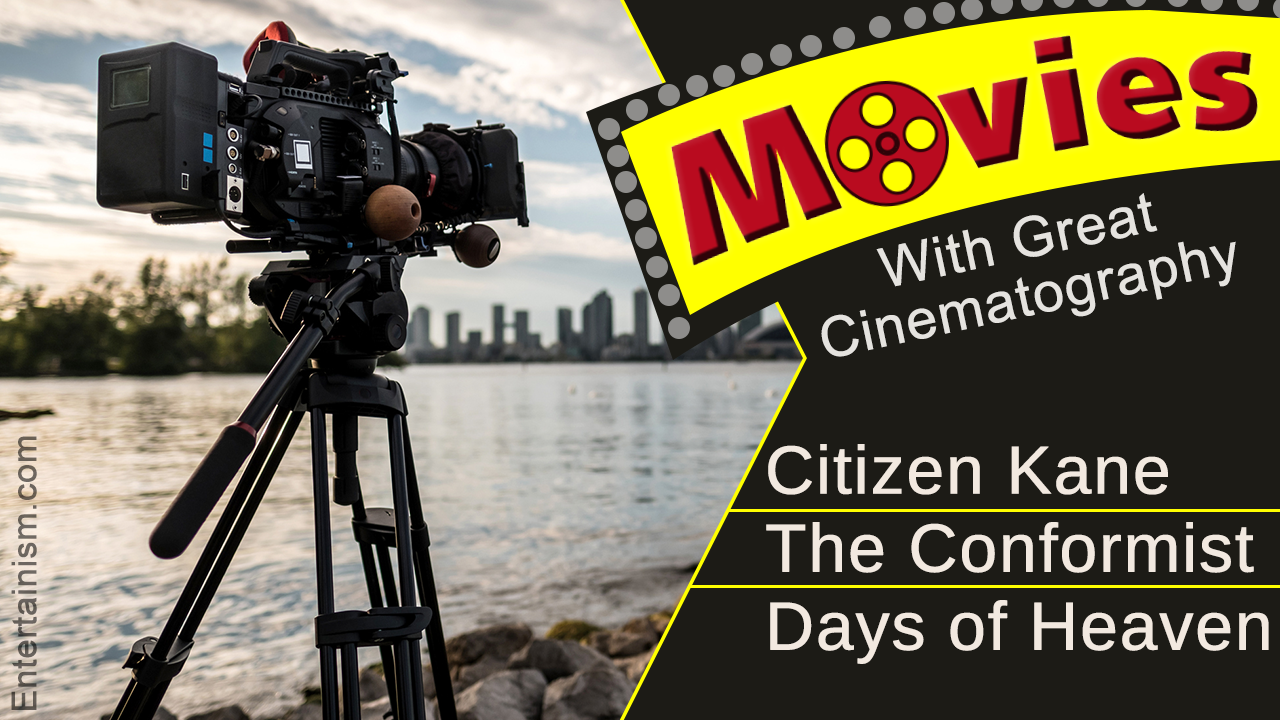 Wouldn’t be wrong to term them people visionaries; cinematographers who take their cast and crew on a journey, the destination of which, is a successful motion picture. Here’s a sneak peek into the movies that boast of spell-binding cinematography – movies that stay with the audience for a long, long time.

‘Action!’, screamed the director, and there, the cameras rolled. The set, it was bloody huge, and so surreal, that you start imagining that dreams are real. A hundred lights appropriately placed so as to capture the minutest of expressions on the face of Dom Cobb, the protagonist. Cobb looks towards his right, and on the spur of the moment, streams of water flood the entire set. For a while, you don’t believe your eyes. That, my friends, is a soul-stirring moment in the award-winning movie, Inception. Truth be told, Wally Pfister was, inarguably, the most important ingredient in Christopher Nolan’s recipe for this surreal photo play. It had to win an Oscar.

Incredible vision. Brilliant effects. Panoramic views. Breath-taking lighting. Cinematography does make a film visually stunning, and nothing delineates this fact better than the examples pitched in below – some masterpieces having scenes so mind-blowing that, in just a moment, you feel yourself drawn right into the vista. The tools are shadow and lights, which enhance the plot and not blockade it. Let’s take a sneak peek at those technical masterpieces that were brought to life by the keen eye of the camera gurus. No wonder their works last for generations.

Movies With Best Cinematography: A Review

In the universe of cinema, there are hundreds of fine examples of cinematography that make you skip a breath with their shots, their camera angles, and of course, their perspective. Where Inception is a recent piece of work, no one can miss out on discussing some gorgeous looking movies that date back to the 1960s. While some cinematographers portrayed good and evil by means of darkness and light, some artistically unleashed the hidden meanings behind a scene with their camera. How on earth did they use their camera? Well, you get to know that by the end of this write-up. Take account of.

This French treatise had pluses that overshadowed the minuses with pride. Its naughtily playful shots were its USP, portraying Amélie with such élan that you can’t take your eyes off her. To be honest, the cinematography of this movie describes the thinking of Amélie herself – artistic mind, but scattered. Her out-of-the-box thinking is captured by the colorful and vibrant tones that made it the Best Shot Film of the Decade.

A tantalizing masterpiece, its cinematography deserves all Brownie points solely because of the futuristic style with which it is shot. Every detail attended to, and every character depicted with depth – the best thing about this realistic flick is that it needed no huge, expensive set, and yet, it could set a benchmark no other movie could fathom. Other positives include single-shot scenes done immaculately, meticulous attention paid to every detail, incredible imagery ensuring life-changing cinematic experience.

This is your life, and it’s ending one minute at a time. If this flick doesn’t portray schizophrenia with a dash, don’t know what does. There is nothing but focus on the close-ups and arrangement of its characters – at one moment you think the foreground steals all the attention, little knowing that it is the background that’s of significance. Such is the work of Cronenweth that made this movie one of the best shot movies of its time. Watch the movie, for your jaw will drop when you unveil the truth. Arr, enough spoilers already!

Okay. It’s a movie based on the Vietnam war. What makes it special? The teeny-weeny elements of cinematography that leave a huge impact on the viewer. For example, helicopters flying in sync, a temple decorated (?) with human heads, and jet fighters blowing up the village. If you wish to experience madness at its acme, this movie and its incredible high-angled camera shots make you feel exhilarated. In my honest opinion, the story line wouldn’t have left a mark so strong over the audience, had the cinematography been anything below what it was.

The one thing that takes your breath away is the futuristic and real feel of this flick. It’s a science fiction, but for not even a single moment do you feel that it’s all just a setup. Its atmosphere adds to the pluses of the movie – dark scenes, acid rain, music apt for the mood, and lighting that makes you understand the plight of the character with ease. Watch it to experience a futuristic view of Los Angeles – it’ll teach you a lot about award-winning cinematography.

If it weren’t for the cinematography of the movie, one would fail to understand the many natures of Lester Burnham, the protagonist. The cameras roll right into the character’s mind-set, giving you definite insight about the same. On one hand, there are edgy sequences that give way to lust and denial, and then, there are dreams that unnerve, which makes the character lose self-esteem – all brilliantly captured by Hall. Wouldn’t be wrong to term it a cinematic masterpiece.

Really what is a movie without stunning scenery, soul-stirring imagery, and deep characters? It is when every moment in the movie makes you go ‘wow!’ that the job of a cinematographer is done. Movies instanced above are nothing less than a tutorial to those who aspire to show the world in the myriad ways they can use their cameras. For the rest of you who wish to explore the world of cinematic masterpieces, this article ensures you a great time ahead. Given the long list above, you have enough reasons to celebrate the art of cinematography.