Restaurant: Impossible is a television show on the Food Network that focuses on remaking failing restaurants and turning their business around. 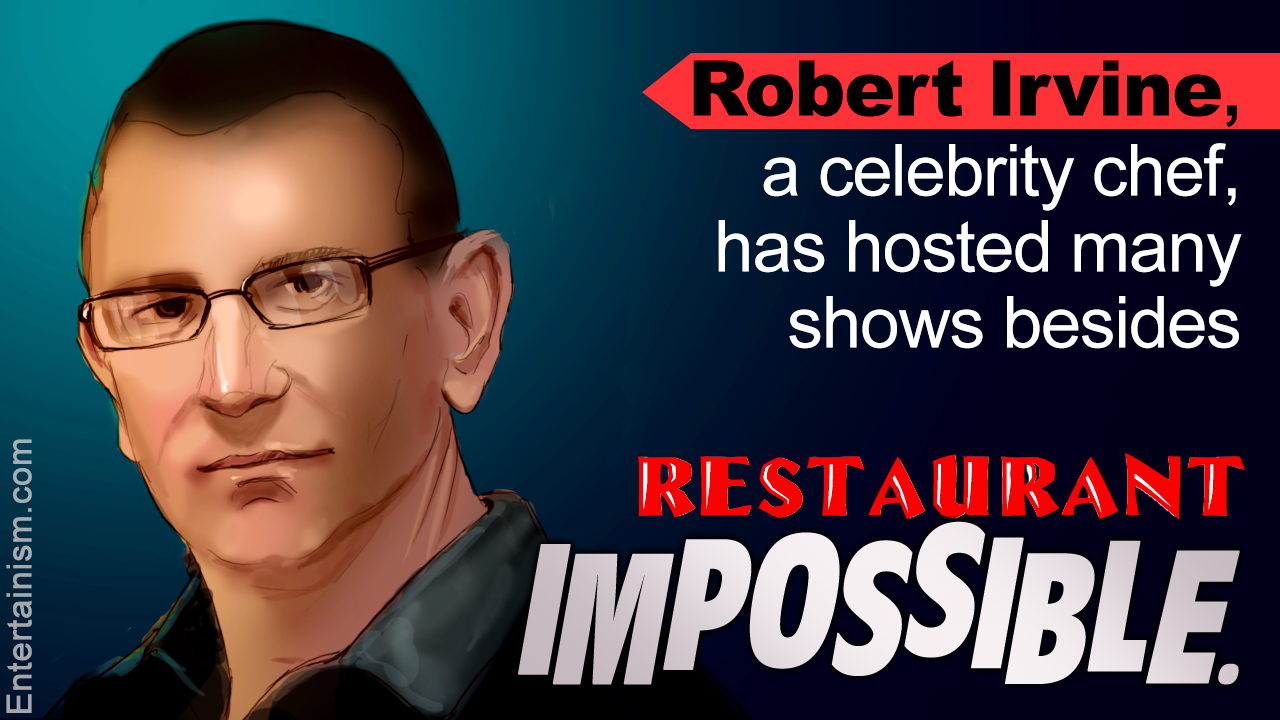 Restaurant: Impossible is a television show on the Food Network that focuses on remaking failing restaurants and turning their business around.

Restaurant: Impossible is a show hosted by Chef Robert Irvine that takes a failing restaurant and turns it around in just a few days with not much money. The restaurant industry is a tough industry to break into, and when restaurants fail, it can be devastating for the owners, both financially and emotionally. Robert Irvine and his team of decorators, carpenters, and the restaurant staff make over a new restaurant each week, usually saving the restaurant owners from bankruptcy.

Robert Irvine is a celebrity chef who has hosted many shows besides Restaurant: Impossible. He has also appeared on Worst Cooks in America and Dinner: Impossible. Irvine, a native of Wiltshire, England, served in the Royal Navy where he did his culinary training. After that, he served on the Royal Yacht Britannia. He has been the Executive Chef at many prestigious restaurants including Caesars Atlantic City. Currently, he is a contestant on Food Network’s Next Iron Chef where he is competing to become an Iron Chef for the Food Network’s show of the same name. Irvine is widely respected as an excellent chef and an intimidating contestant.

The team that joins Robert Irvine on Restaurant: Impossible includes HGTV designers and a general contractor. Usually, only one designer comes on the show per week, and these designers rotate between Taniya Nayak, Krista Watterworth, Vanessa De Leon, and Cheryl Torrenueva. The contractor they usually employ is Tom Bury. Whoever is on the show in that particular week is charged with the task of remaking the entire restaurant. Usually, this entails painting, installing new flooring, finding thrifty ways to jazz up the space, and make it an all around friendly environment for restaurant-goers.

Robert Irvine is always shown yelling at them to hurry up or because he doesn’t like something they’ve done, but they always seem to get everything finished within their time constraints and become friends again at the end of the show. These designers and contractors are extremely good at remaking restaurants quickly and on a budget. The restaurant owners are almost always pleased with their work.

In two days and with $10,000, Robert Irvine and his team of designers, contractors, and the restaurant staff take a failing restaurant and turn it into a success. In the beginning of the show, we see Irvine ordering food from the menu while commenting on the usually atrocious décor. As he looks through the menu, he is often heard commenting on the extensiveness of it. Contrary to popular belief, having more menu items to choose from usually just confuses those who are ordering food, and can cost the kitchen a lot of money with extra ingredients they must have on hand. When the food comes to the table, Irvine tastes it all and remarks about how awful it is.

After that, he goes into the kitchen to talk to the chefs, and he also talks to the owners of the restaurant to see what they’ve been doing wrong. While the team is remodeling the inside of the restaurant, Irvine is teaching the chefs how to cook, remodeling the menu, talking to the owners about their finances, and developing and executing marketing strategies. At the end of the show, there is a great reveal where he brings the owners in to see what they’ve done, and they serve a full house of waiting customers. The show does bring us to a truly happy ending, even showing us the success the restaurant has enjoyed since the remodel.