Why I Love RuPaul’s Drag Race

There is a near-infinite number of reality talent shows on TV, and most of them are slightly entertaining, but they can leave you feeling guilty for having wasted so much time on them. There is one show, however, that I never feel guilty for watching: RuPaul's Drag Race. 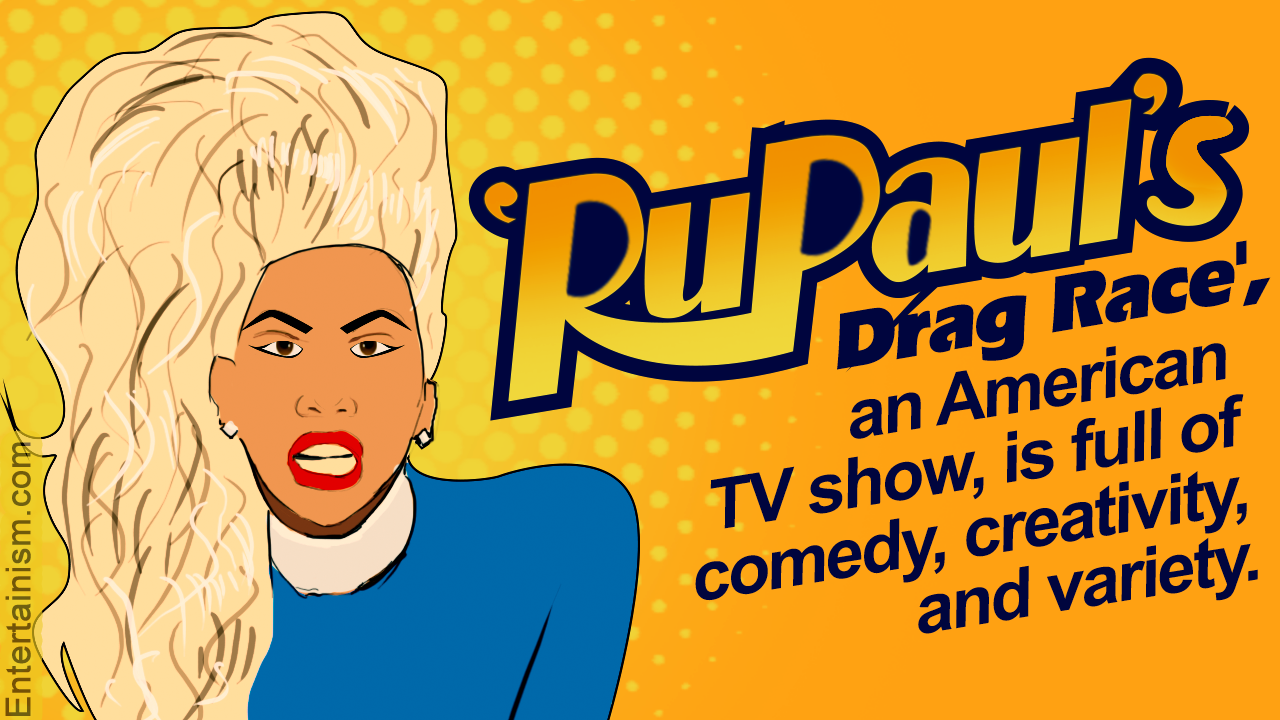 There is a near-infinite number of reality talent shows on TV, and most of them are slightly entertaining, but they can leave you feeling guilty for having wasted so much time on them. There is one show, however, that I never feel guilty for watching: RuPaul’s Drag Race.

Reality Talent Shows in the U.S.

If you don’t get the TV network Logo, or if you aren’t interested in drag culture, maybe you haven’t heard of RuPaul’s Drag Race, but you probably have heard of America’s Next Top Model. On the off-chance that you haven’t heard of either TV show, you must certainly know about American Idol at the very least. For those of you not located in the U.S., you are forgiven for your ignorance, but these days most countries have shows similar to these. The basic premise is that a group of talented individuals performs or completes in challenges, and one of the competitors gets eliminated during each episode, until only the winner remains.

RuPaul’s Drag Race is the best of these talent/reality shows. I know that might be a shocking statement, but I stand by it. You have to have a little bit of an open mind to appreciate Drag Race, but if you can get beyond your prejudices and give the show a chance, you will see what I mean. The show is hosted by RuPaul, who might just be the world’s most famous drag queen. In case you are unaware, a drag queen is a man who dresses and acts like a woman, usually performing for comedy and entertainment value. And that’s what RuPaul’s Drag Race is all about.

By now you’re probably asking, how in the world could Drag Race be better than other talent shows? Well, the time has come to answer just that question. The biggest thing that sets Drag Race apart from the top model shows of the world is that it has a sense of humor. Many of the talent shows on TV have some humorous elements, but many (American Idol is the biggest offender here) take themselves way too seriously. Drag Race is wonderful because it doesn’t take itself seriously at all. It cultivates a respect for the craft of performing in drag without collapsing into self-parody.

The Art of Drag

RuPaul’s Drag Race is about more than just comedy, of course. After only an episode or two of the show, you’ll come to understand that drag queens are not just guys in dresses. There is a tremendous amount of artistry that goes into being a good drag queen – from complicated makeup to original fashion and crafting a character concept, drag is quite a complex activity.

Yet another thing that sets Drag Race apart is the large amount of creative freedom that contestants on the show enjoy. On a show like Top Model, contestants have very little control over what happens. They are given specific challenges and tasks to complete, and they have to complete those tasks exactly as they are assigned, all the while exhibiting modeling skill that aligns with a fairly narrow concept of how a model should act.

By contrast, the drag queens on RuPaul’s show can do almost whatever they want. There are some things a good drag queen should have, like charisma and uniqueness, but they are very general principles. So the contestants on the show vary widely during every season, ranging from goth queens to glam queens to campy, old-fashioned queens (like Pandora Boxx from Season 2). Off-the-wall challenges like creating a cake-themed or holiday-themed outfit allow the contestants to come up with some really eye-catching, and sometimes wonderfully horrible, fashion creations.

One word of warning about RuPaul’s Drag Race: it isn’t a family show. Drag culture sometimes like to emphasize raunchy humor, and the show is definitely gender-bending. Offensive language is bleeped out, but there are plenty of bleeps to go around. So the show is not for the closed-minded or faint-hearted. For those willing to give it a chance, though, Drag Race has a valuable lesson to teach.

As RuPaul famously says at the end of each episode: “If you can’t love yourself, honey, how in the hell you gonna love somebody else?”